The Fascinating History of Chewing Gum Goes Back Further Than You Think!

Have you ever wondered why we are so drawn to chewing gum? When we were kids the appeal of blowing bubbles and the fact that we weren’t supposed to chew gum in school made bubble gum an irresistible candy. From ancient times to the brightly colored gum balls of childhood, the history of chewing gum is a fascinating story that spans the globe and transcends time. 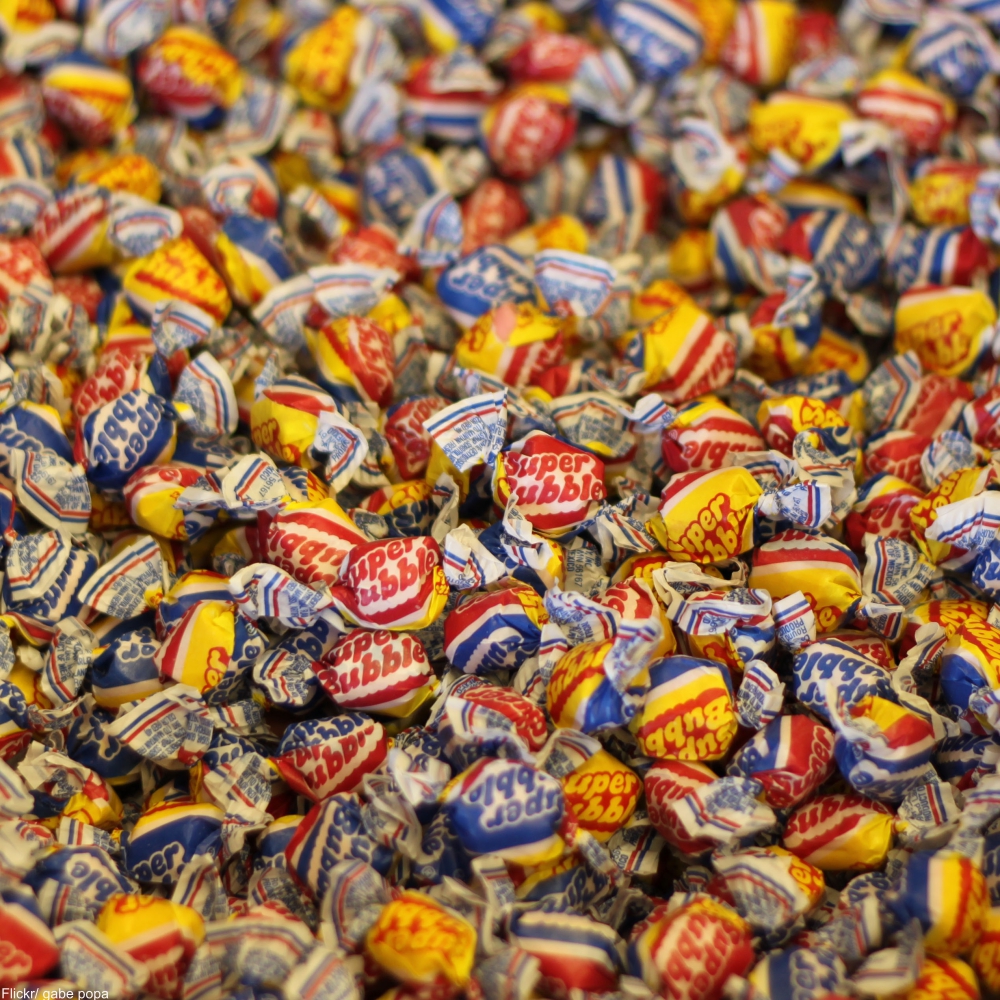 The ancient Greeks and folks around the globe had chewed on tree sap since antiquity. The Mayans chewed the resinous sap (a natural latex) from the sapodilla tree as early as the 2nd century. The tradition continued and the Mexican workers who scaled the trees and cut the bark to release the sap (known as chicle) were called chicleros, a skill that is still practiced today. That’s where the Chiclets gum later got its name. 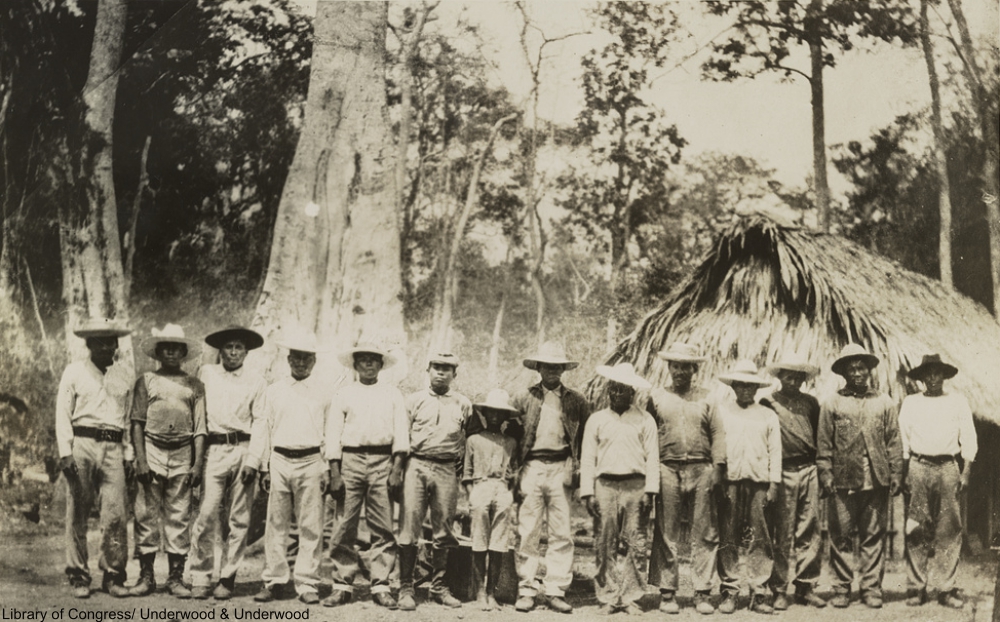 A group of chicleros in Mexico, 1923. Via/ Library of Congress

While American settlers had learned about chewing tree sap from American Indians, it wasn’t until after the Mexican-American War ended that chewing gum became the blow-up phenomenon we know it as today. John B. Curtis began to produce the first commercial chewing gum, delicious spruce flavored, in 1848.

The Gum Fad Picks Up Steam

The deposed Mexican president General Antonio López de Santa Anna brought the habit of chewing chicle to the U.S. when he was living in exile in Staten Island. This is where he met Thomas Adams who was assigned to become Santa Anna’s secretary. Santa Anna was convinced that chicle could be used as a replacement for rubber, but when this didn’t work, Adams did some experimentation.

Once Adams figured out how to heat, flavor, and shape the chicle into the novel shape of sticks, he began to sell it to great acclaim. One of Adam’s most popular gums in the 1870s was the beloved Black Jack that so many of us grew up with! 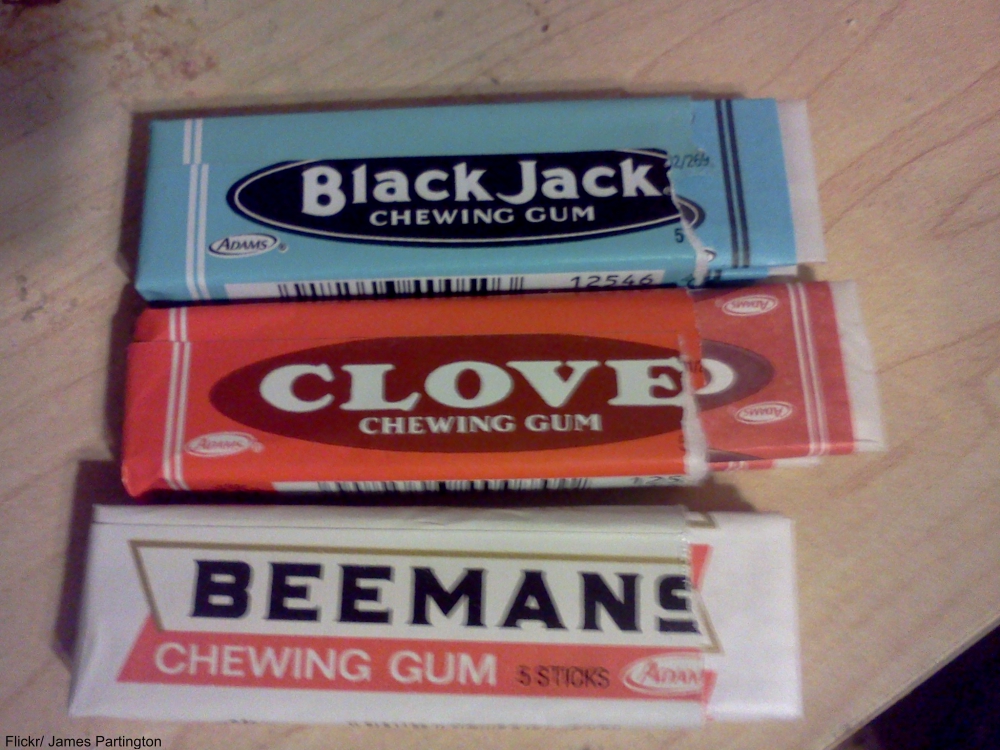 Wrigley’s (1891) and Chiclets (1900) weren’t far behind Black Jack and soon the nation was totally on board with chewing gum. The first bubble gum was going to be named Blibber-blubber but proved far too sticky for customers in 1905. It wasn’t until 1928 that the bubble gum we know was concocted and named Dubble Bubble.

In 1889 the chewing gum locket was invented, a device for saving chewed gum. It didn’t catch on until the 1910s, a particular item for ladies who might need to quickly dispose of their gum as it was unseemly for women to chew gum at the time.

Gum As We Know It Today

Various kinds of chewing gum were included in soldiers’ rations during World War WII as it was thought to help the men stave off thirst, hunger, and stress. After WWII the process for creating chewing gum became almost entirely synthetic, with stabilizers, waxes, and petroleum-based elastomizers making up what had once been a plant-based product. 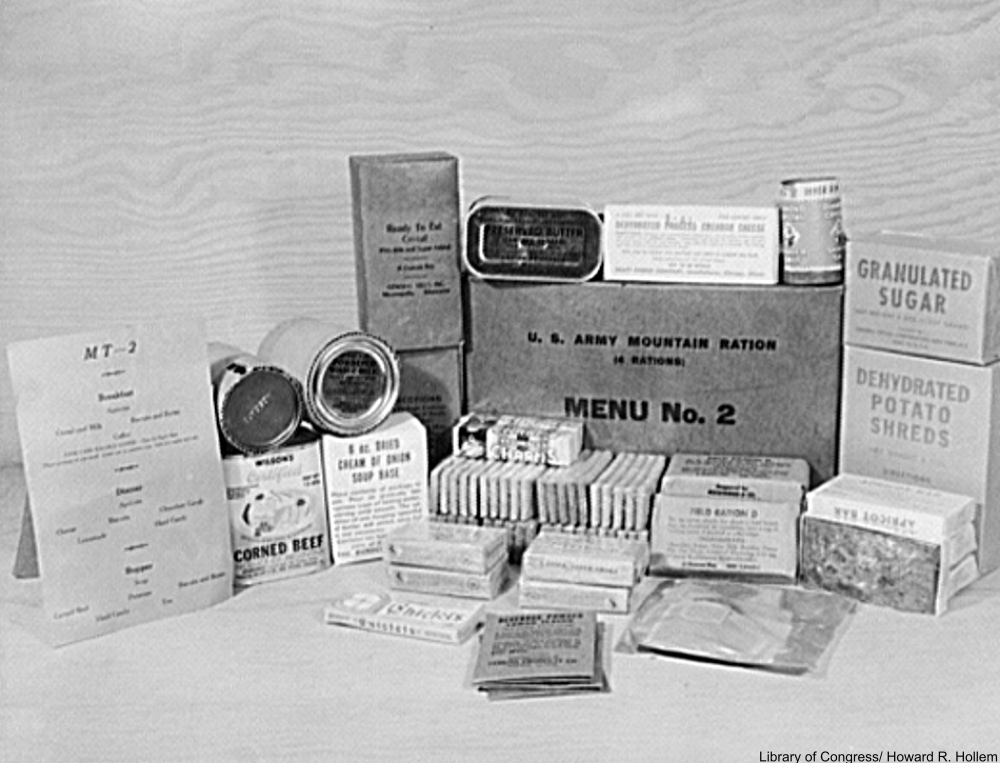 Chiclets included in 1943 Army mountain rations. Via/ Library of Congress

Whether your favorite gum was Bazooka, Wrigley’s or Teaberry there’s no denying the appeal of chewing gum. With more flavors today than ever before it doesn’t seem like our obsession for chewing gum will be going out of fashion any time soon!

Click here for more sweet memories of some of our favorite candies!