The Fascinating History of “Amazing Grace”

The words and the melody of this classic hymn have captured the hearts of just about everyone who hears them, whether they be Christian or not. The song is one of redemption, of storytelling, and of powerful vocal performance which moves the spirit. But, the history of this timeless song is not so straightforward. There are quite a few twists in the story of this glorious song, as you shall soon see. 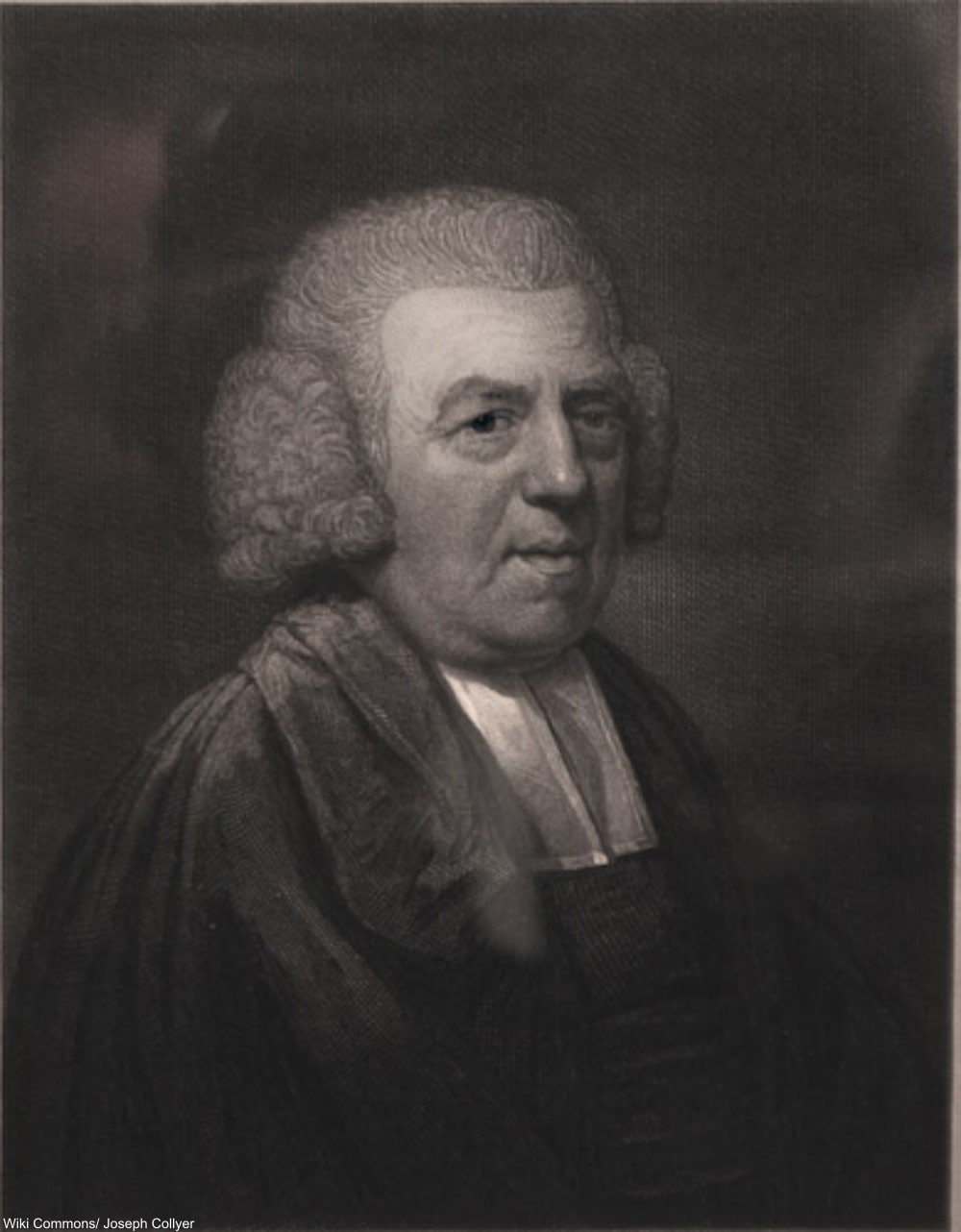 In 1772 an Anglican priest in England named John Newton penned the poem which would later become this famed song. Long associated with the American South and the spirituality of enslaved people, the ironic truth is that Newton himself had once been a slave trader.

After becoming a seaman in the navy and then being left abandoned in Africa after a slave run by his shipmates, Newton was reportedly enslaved himself by the formidable Princess Peye (though some refer to her as a duchess). After being rescued from a ship his father had sent after him, Newton prayed for safe passage during a storm and when it was granted, he vowed to become a better man.

However, Newton further engaged in the slave trade even after his rescue, and he headed up three more slave trafficking voyages as captain of two different slave ships before eventually coming to the church. 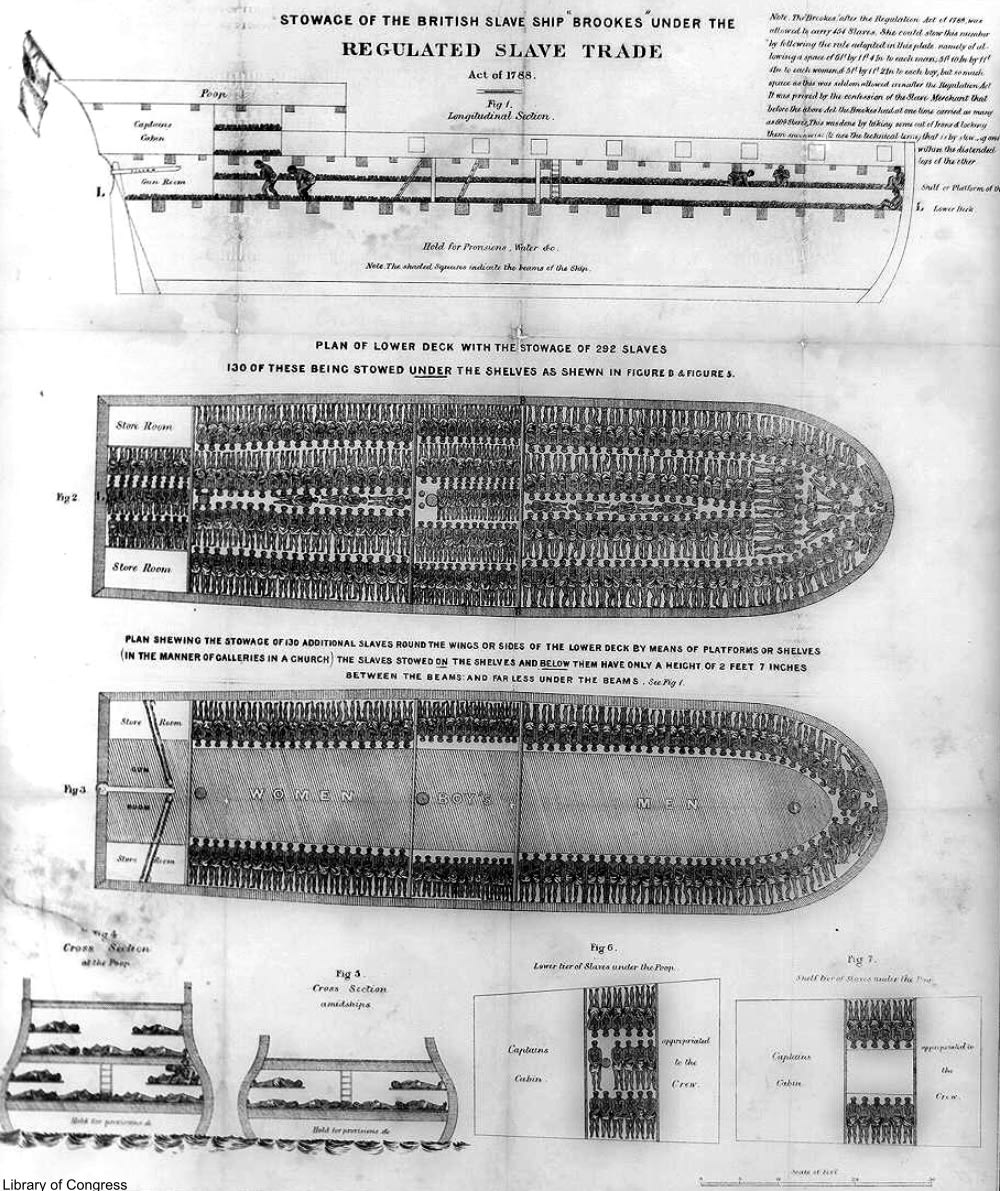 It wasn’t until 1788 that Newton publicly renounced slavery in his anti-slavery tract “Thoughts Upon Slavery” in which he decried his former role as a transporter of slaves.

Slowly over time, Newton began to live a more pious life. He was ordained into the Anglican church in 1764, less than ten years before he wrote the words to “Amazing Grace.” Newton was given the position of curate in Olney in Buckinghamshire that same year. His own journey is what had inspired him to write the words down and he shared them with his congregation in the form of a book of “hymns” called Olney Hymns in Three Books that he wrote with his friend and fellow poet, William Cowper. 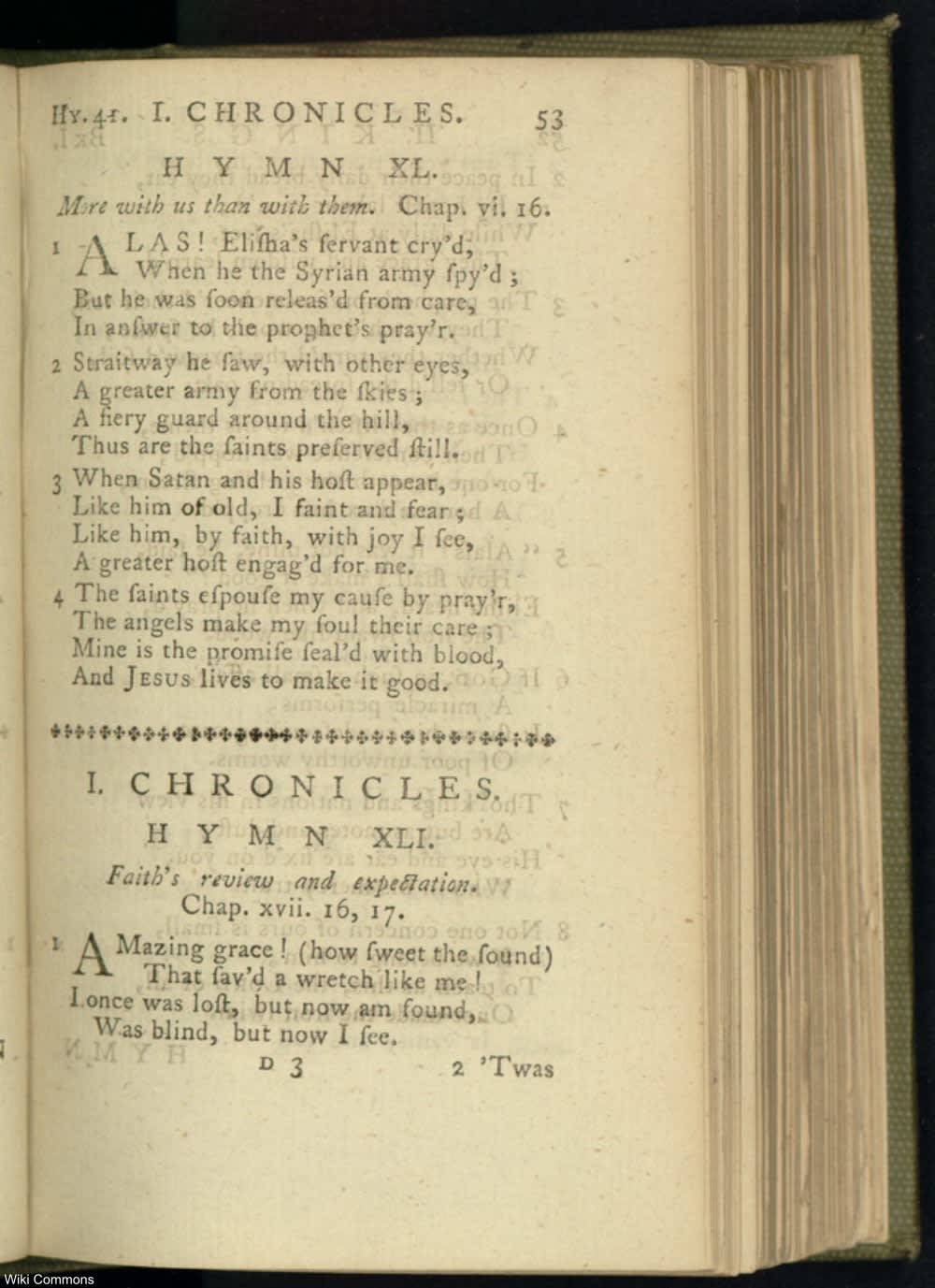 Back in the 18th century, the term “hymn” could be taken to mean a religious song, but it was also used for poems of the same vein. The book had no music to accompany the words, but was an inspiration to all who read it.

It was from his poem, “Faith’s Review and Expectation” that folks around the town of Olney formed the words into song. That area of England was known at the time for its lace industry and complicated lace patterns. While some types of lace were made in factories, many were made on the stoops of homes as women lacemakers needed the daylight to see the tiny threads come into place. We can imagine the ladies on their doorsteps singing an early version of “Amazing Grace” (the melody of which would have been chosen by the congregation). However, we do not know what that sounded like since it was never notated for posterity. 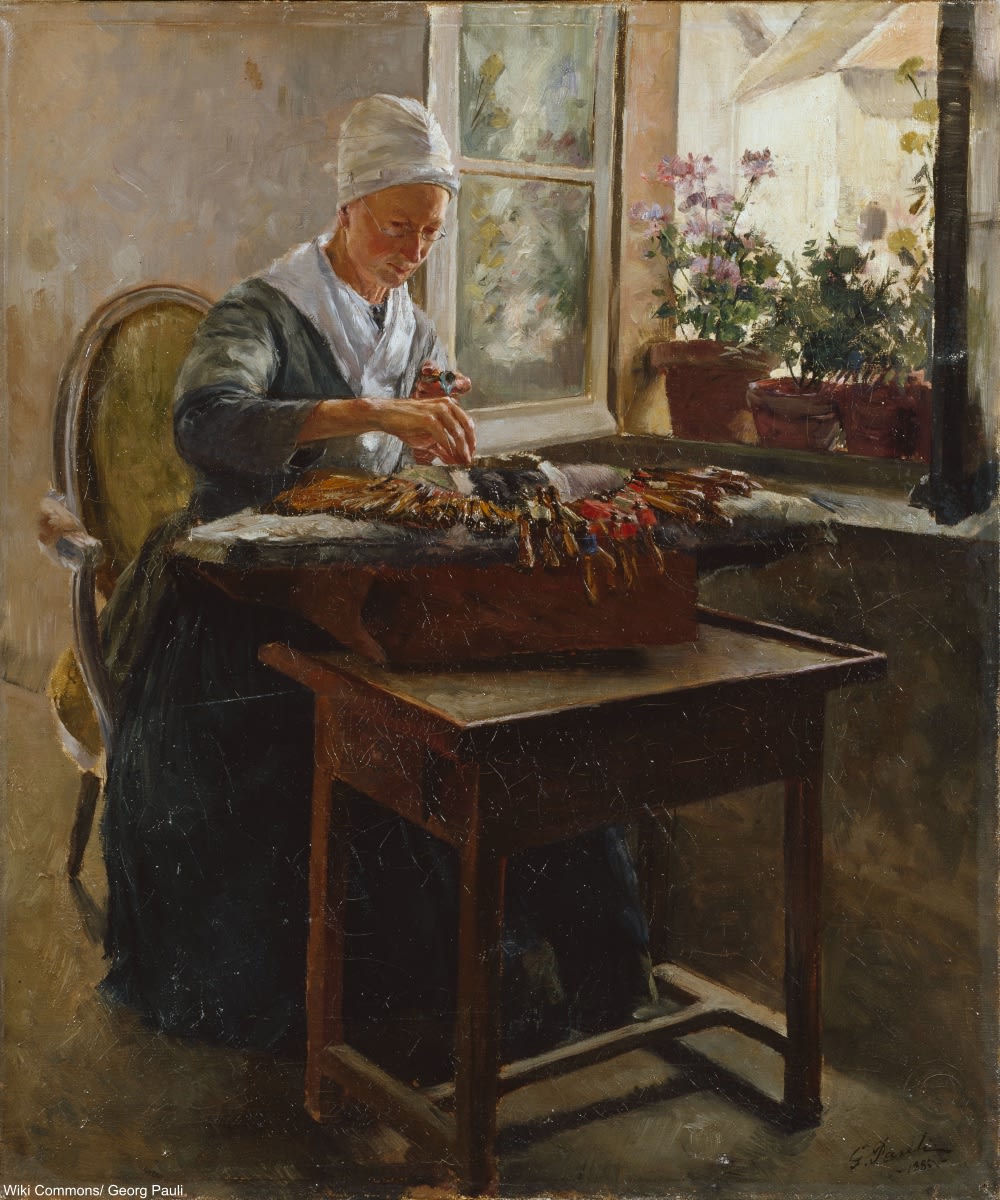 Around the dawn of the 19th century in the U.S. many of Newton’s other poems were gaining popularity with a growing spirituality movement. Christian revivals and choral groups both spread the melodies of Christianity, particularly in Southern and Western states. “Amazing Grace” at the time was not even considered Newton’s best poem, but that would soon change once this song later became a classic hymn.

The tune we know today was once called “New Britain” (which was also known as “Melody Grove”) and later adjustments to the melody were made by American composer, William Walker. These changes were published in the book of songs called The Southern Harmony and Musical Companion published in 1835. From then on the song “Amazing Grace” was sung to this tune as well as 20 others. One of the many melodies was “There Is a Land of Pure Delight,” a song often performed without lyrics. 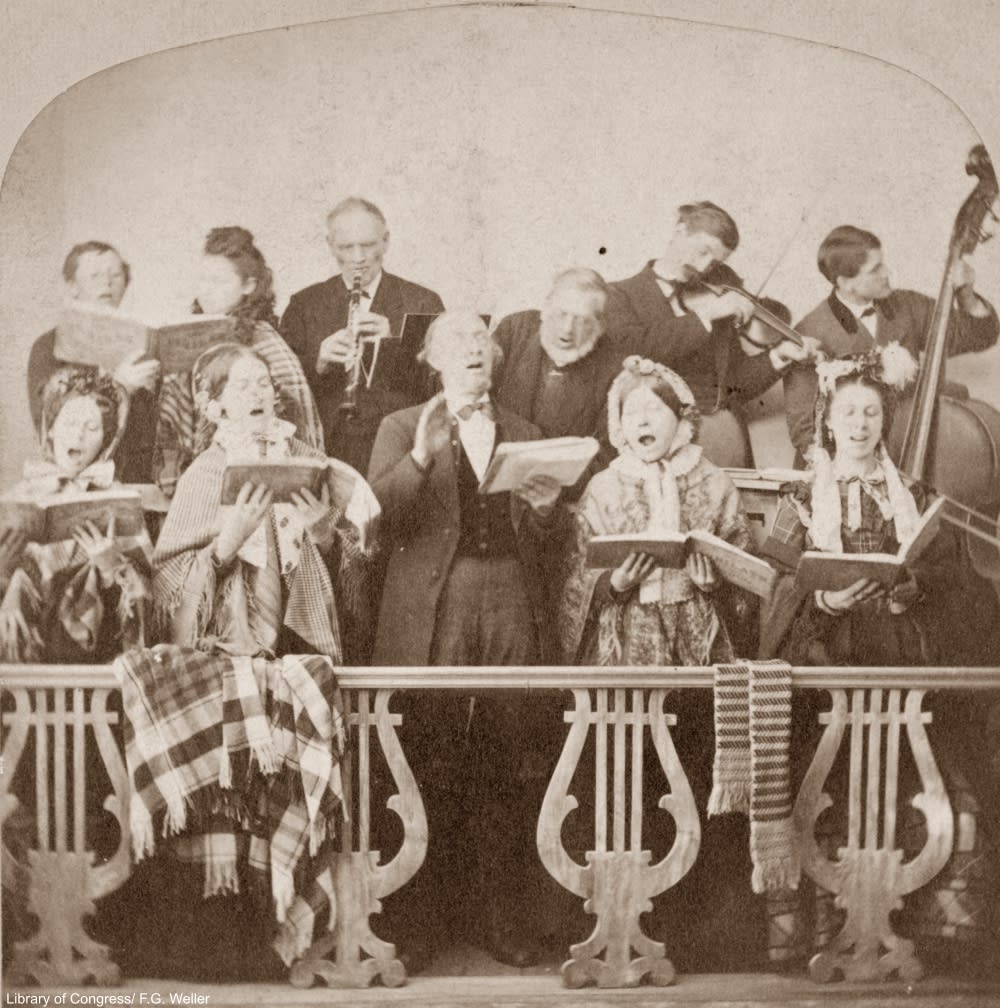 As the movement grew and new emphasis on choral groups in the U.S. made this type of song even more desirable, “Amazing Grace” became one of the most-performed hymns in the country, an honor the song still holds today. By the Civil War era “Amazing Grace” was well ensconced in American culture and by the 1880s was printed in hymnals as exclusively using the “New Britain” melody.

We will never know what those first renditions of “Amazing Grace” in England sounded like, but one thing is for certain: Newton’s words have remained just as compelling today as when he wrote this poem more than 200 years ago.

Have a listen to Judy Collins performing this splendid song in 1976 in the video below: