For years people have speculated what the eighth wonder of the World might be. The ancient landmarks which comprise the seven wonders of the ancient world have been praised for their remarkable beauty and mesmerizing shapes. All of them are located near the Mediterranean and Mesopotamia, and the scope of the globe was not nearly scoured for this antiquated list. 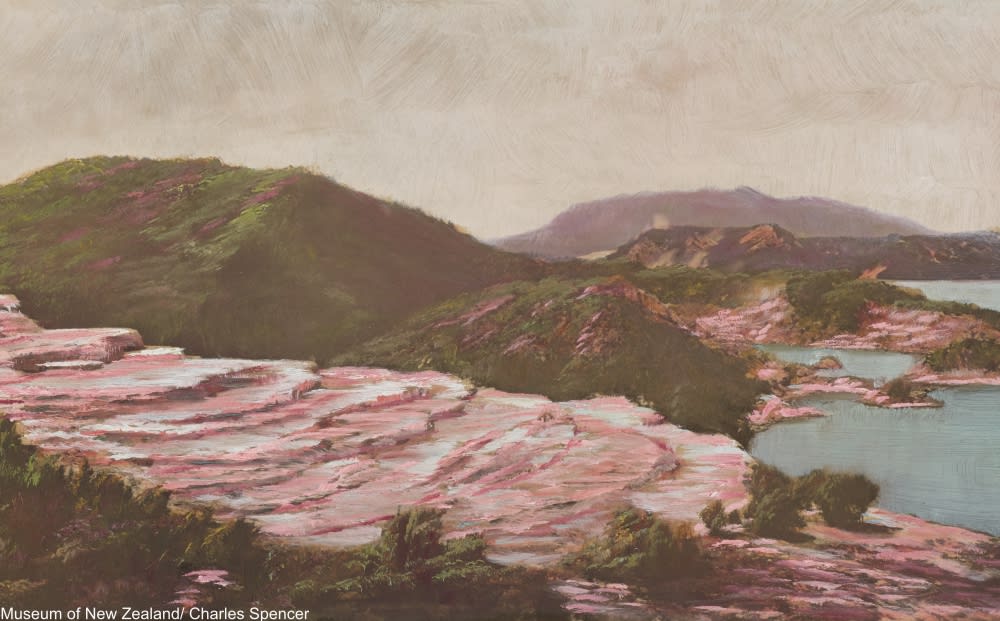 The modern incarnation are the seven natural wonders includes Victoria Falls, the Grand Canyon, the great barrier reef, the aurora borealis, Paricutan, and Mount Everest. But, one natural wonder in New Zealand has been called the eighth wonder and for good reason.

The term “eighth wonder of the world” is often used to describe an incredible place. While this natural wonder in New Zealand certainly wouldn’t have been known to the Ancient Greeks, there is something truly awe-inspiring about these long lost landmarks.

The Pink Terrace and the White Terrace were two naturally occurring silica sinter formations in New Zealand that were stunning in their colors, shapes, and sizes. They were dazzling to the human eye, especially when water would trickle down from the top in what was like a sort of natural decorative fountain. And make no mistake these attractions certainly drew crowds. 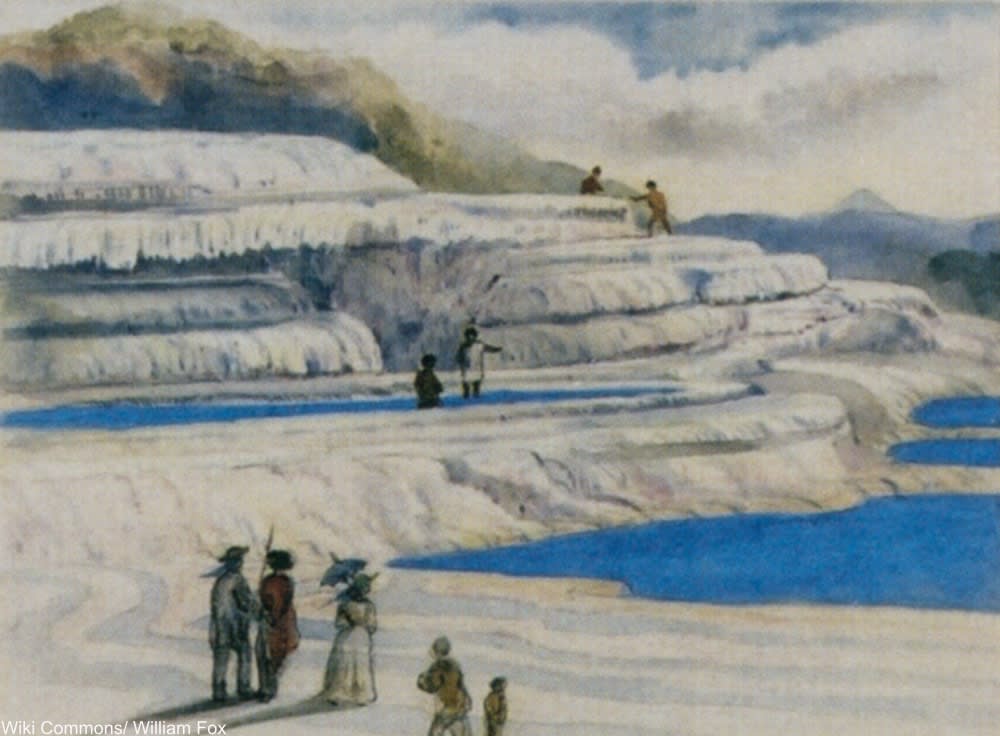 Artists came from far and wide to paint in sketchbooks the women with parasols who strolled along the paths of stone and gaze upon this incredible beauty. There are even some hypnotizing photographs of this enchanting place. So, how is it that we haven’t heard more about this eighth wonder of the world all these years? 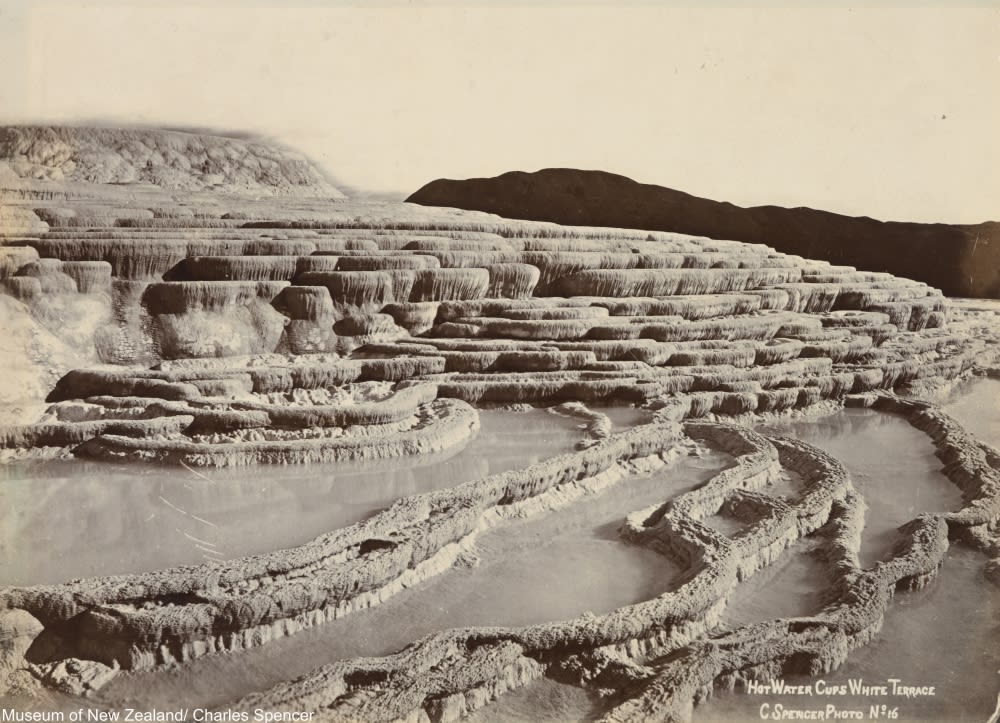 These White Terrace ledges were known as “hot water cups” or “coffee cups” because of how they held steaming water warmed by the volcanic activity. Via/ Museum of New Zealand

The cascading formations were thought to have been destroyed in a volcanic eruption in 1886. The site of the Terraces are located near the Bay of Plenty and the eruption of nearby Mount Tarawera was so loud that it was heard in Auckland, more than 170 miles away!

A few days after the eruption, in which 120 indigenous people lost their lives, all that remained of the Terraces and the lake which they surrounded was a vast crater. Over time the crater filled back up with water, creating the newer version of Lake Rotomahana. 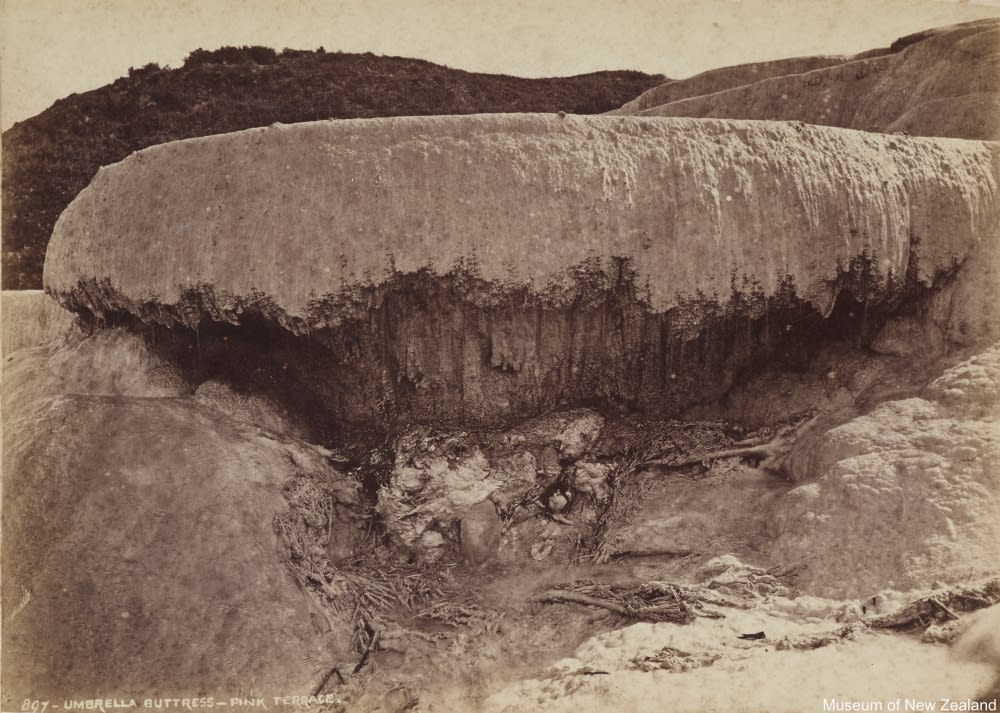 Umbrella Buttress of the Pink Terrace. Via/ Museum of New Zealand

The remnants of both the Pink Terrace and the White Terrace, which were covered in volcanic ash during the same event, are now believed to lie underwater. Evidence of the step-like landmarks was was thought to have been found by the Woods Hole Oceanographic Institution and GNS Science of New Zealand using sonar scanners and other equipment.

Lake Rotomahana is a 2,000 acre body of water where volcanic material regularly changes the shore line and where the water levels fluctuate. It was thought that as much as 50 feet of ash and mud might also be covering the stepped Terraces, but the research was thought have been inconclusive…until now.

Recently researchers used data from where the Terraces were at the time of the 1886 eruption to gain new perspective on where these lost landmarks might be today. Using maps from one astute visitor to the region in 1859 – the only topography of the area to have been made before the massive eruption – another team has been hard at work determining just exactly where the Terraces might be today. The field diary of the cartographer Ferdinand von Hochstetter served as the basis on which researchers re-examined earlier research, concluding that they had in fact, already found the most likely location of the Pink Terrace. 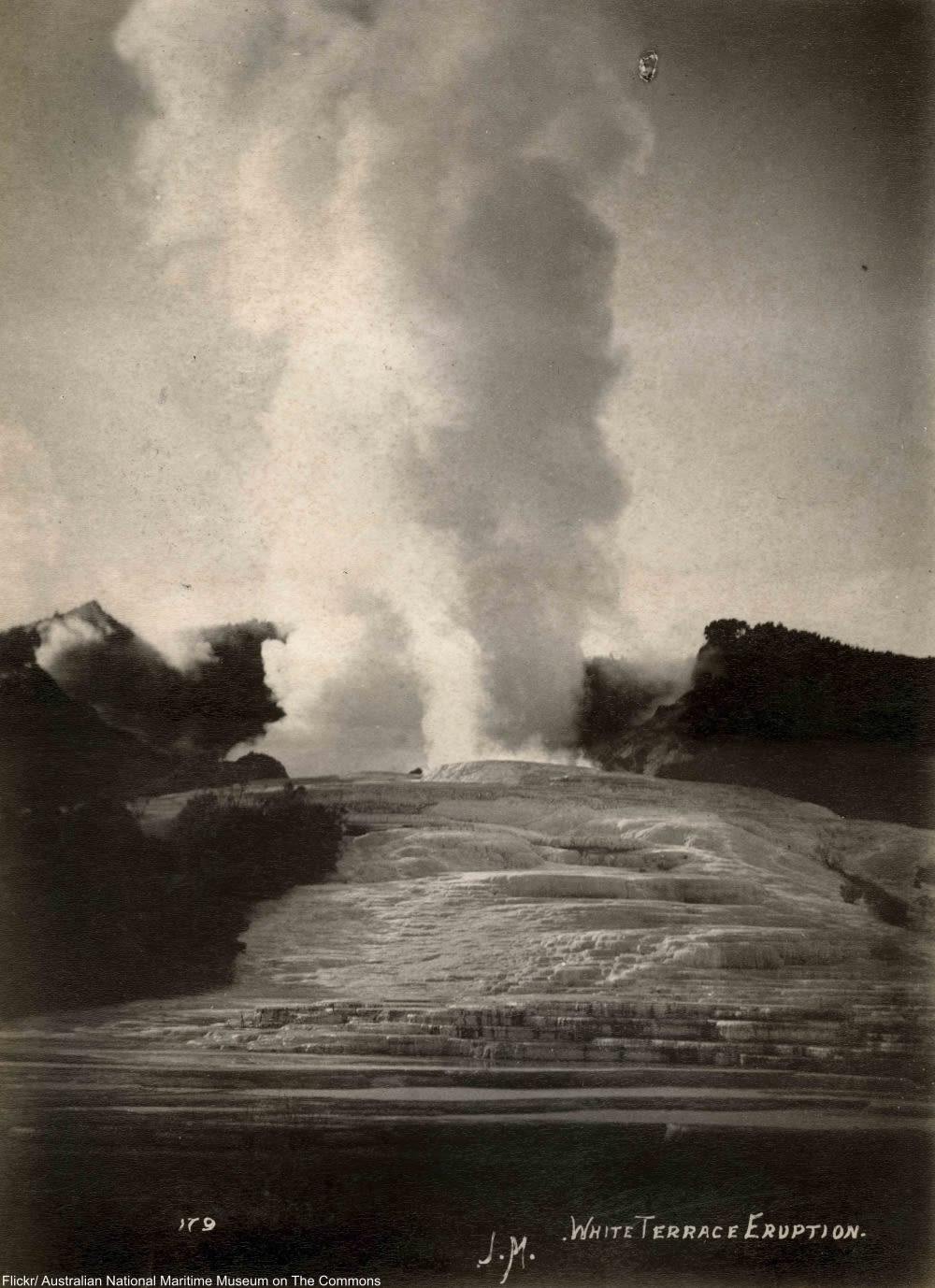 There are hopes by some to excavate for the Terraces, but at the moment this action has not been approved by the government. And removing that much water could significantly change the landscape around the one remaining Terrace.

On the other hand, just imagine coming to visit here and spend a day among the stone, with water glittering over the surface of these ethereal formations! It would truly be a wonder.

The 1816 volcano that changed the world forever: Click “Next Page” below!