When buying antiques it’s always a good idea to get as much information on the items as possible. This goes triple if the items are subject to endangered animal laws or international provisions. Antiques that could be considered national treasures or tribal artifacts come with a lot of considerations since they can create legal trouble down to the road if not properly vetted. In the case of artifacts from Egypt there can be no question that they hold a certain amount of weight since Egypt has built its tourist industry (and some would say its identity) on ancient Egyptian culture. Now a stone bust of King Tutankhamen is the subject of a civil lawsuit between the Egyptian government and Christie’s Auction House. 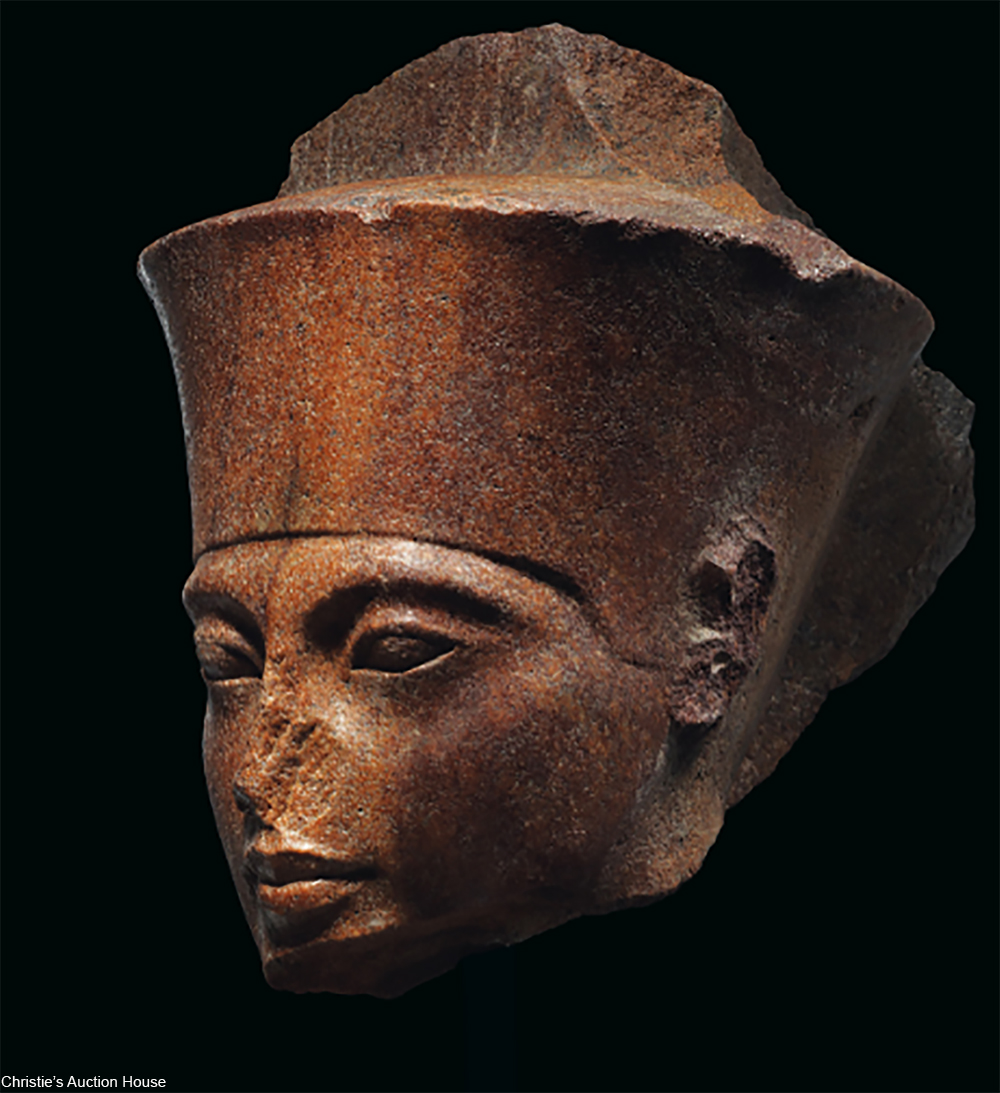 The bust of the famed young ruler was sold by Christie’s on July 4th, 2019, for £4.7M (or around $6M USD) as part of The Exceptional Sale of antiquities amid protests outside their London offices. The partial bust is thought to be that of Tutankhamen based on the facial features, and now there much controversy surrounding the object.

A partial bust of #Tutankhamun could sell for as much as £4 million at a July 4th sale at Christie’s–but Egypt is desperately trying to stop the auction, suggesting that the statue was looted from the Karnak Temple at Luxor. https://t.co/OKzBdmPVCJ pic.twitter.com/weduxaD2Yi

Just before the auction protestors and the Egyptian government tried to stop the sale of this ancient relic. Since the date of the sale, representatives for the Egyptian government have come forward to say that they will be filing a lawsuit against Christie’s. The Antiquities Minister of Egypt, Khaled El-Enany, told the BBC that the purpose of the lawsuit is to try to repatriate the artifact.

The ancient tombs and temples of Egypt were raided many times over the years, often by locals looking to turn a quick buck with tourists. The sight-seers came in droves after the 1922 discovery of King Tut’s tomb by English archaeologist, Howard Carter. In the early days of the set up the Egyptian government was not primed to handle these kinds of thefts and international laws did not prohibit this kind of movement of antiquities. 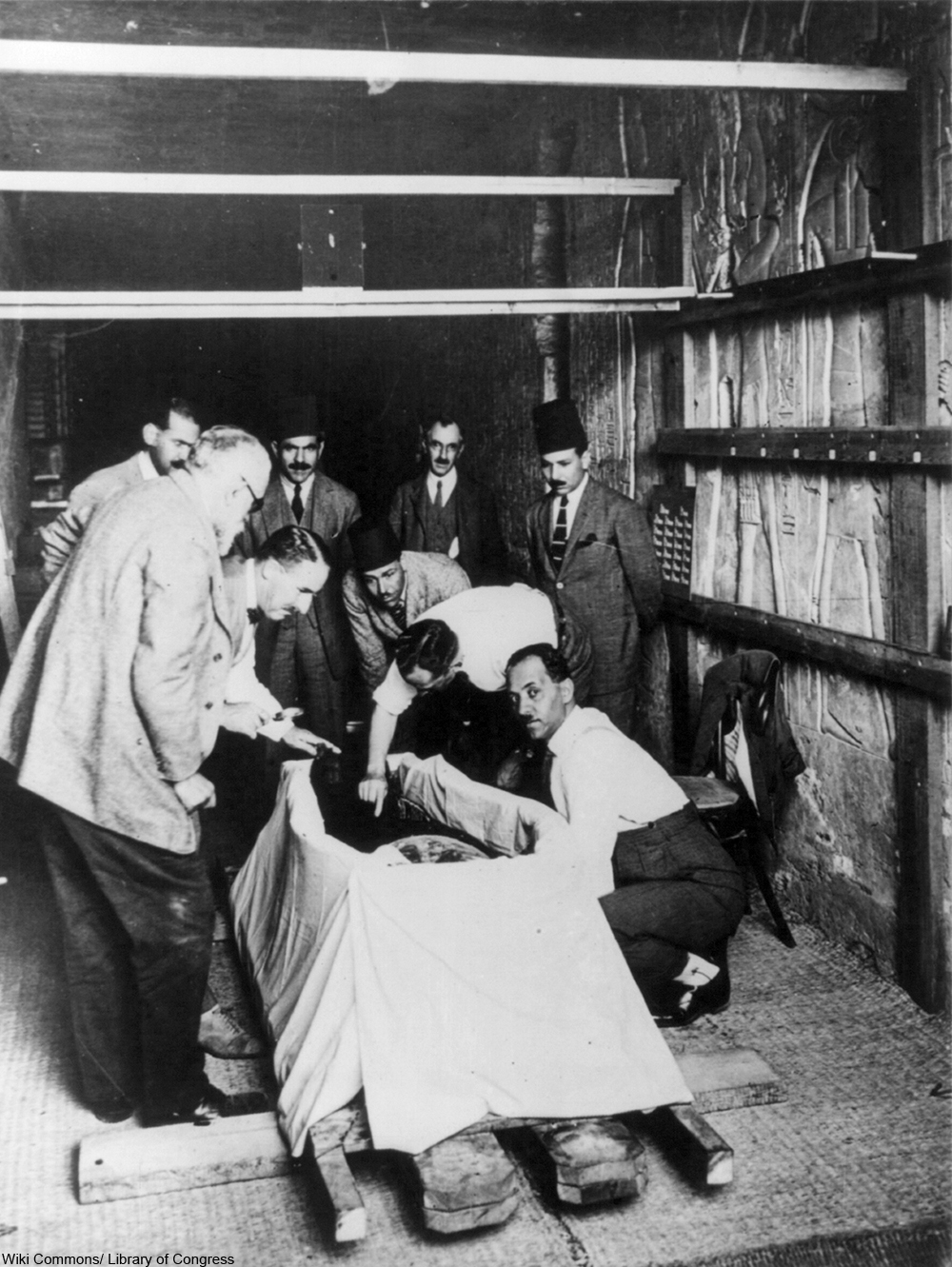 The original opening of Kign Tut’s sarcophagus. Via/ Wiki Commons

Since then many artifacts have been successfully repatriated back to Egypt, such as mummy parts stolen in 1927 and a hieroglyph tablet that was among 1,000 artifacts returned in early 2019.

Protesting Egyptians in front of #christies during the #auction sale with an #ancientegyptian #amun head with features of #tutankhamun that finally sold for 4m. pic.twitter.com/LYLdrVxbw7

The bust of Tutankhamen is carved from brown quartzite and is just 11 inches high. The figure represents the god Amen, taking the physical form of King Tutankhamen, for which he was named.

The worth of objects like these is hard to evaluate since many cannot or will not be sold. The times that these precious relics do make it to auction, they tend to sell for extremely high amounts of money due to rarity. But, if the items were taken from Egypt illicitly, then does a foreign auction house really have the right to sell the items? This is what will have to be decided after thorough international investigations.

In addition to filing a civil lawsuit, the Egyptian government’s National Committee for Antiques Repatriation has requested help from INTERPOL, which has ties to 194 countries, as well as from the UK Foreign Office and UNESCO.

On the other hand, Christie’s claims that bust was part of the collection of Prince Wilhelm Von Thurn un Taxis, who is said to have acquired the object during the 1960s. Watch this space for updates on the case. If the item is finally repatriated, it will be one of many in a long campaign by the Egyptian government to restore some of its stolen cultural artifacts.