John Brooker, a 75-year-old man living in the UK, turned his boring 150-foot hedge into a green dragon. The fantastic massive extends on one side of his rented farm cottage and is up to 10 ft.

Mr. Brooker said: “I was standing at my kitchen sink one day and thought the hedge was boring so decided to do something with it.” 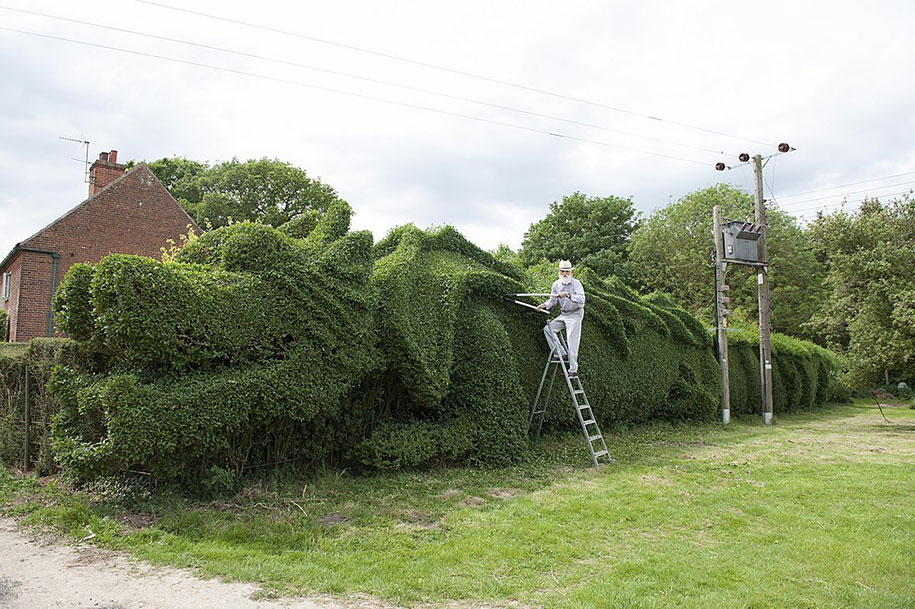 He spent three days every two to three weeks trimming the design and compared it to painting a giant bridge. 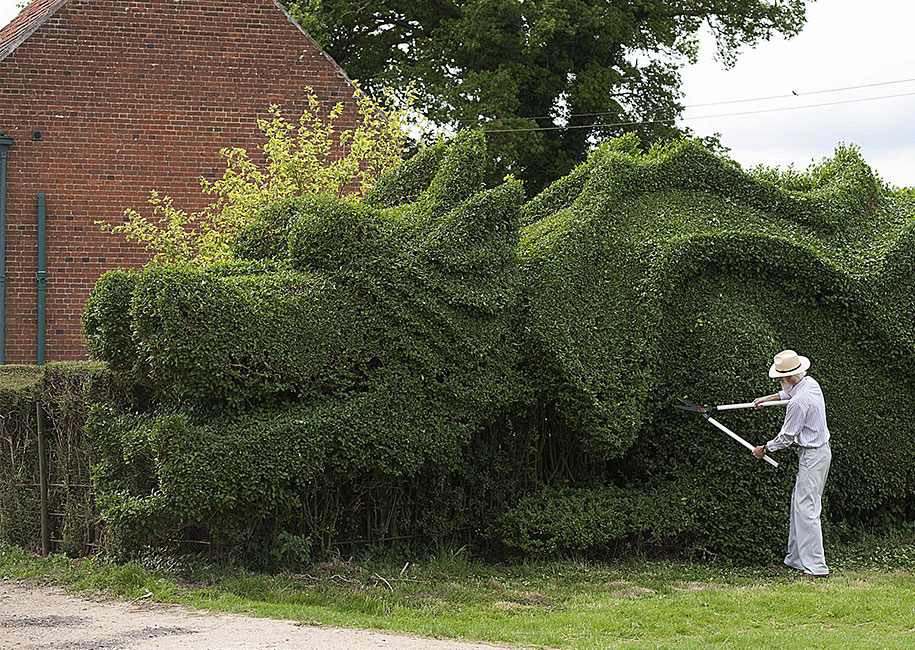 “I think the dragon came from my days in the Army. I did two tours in Malaysia so the dragon must have been in my subconscious.” 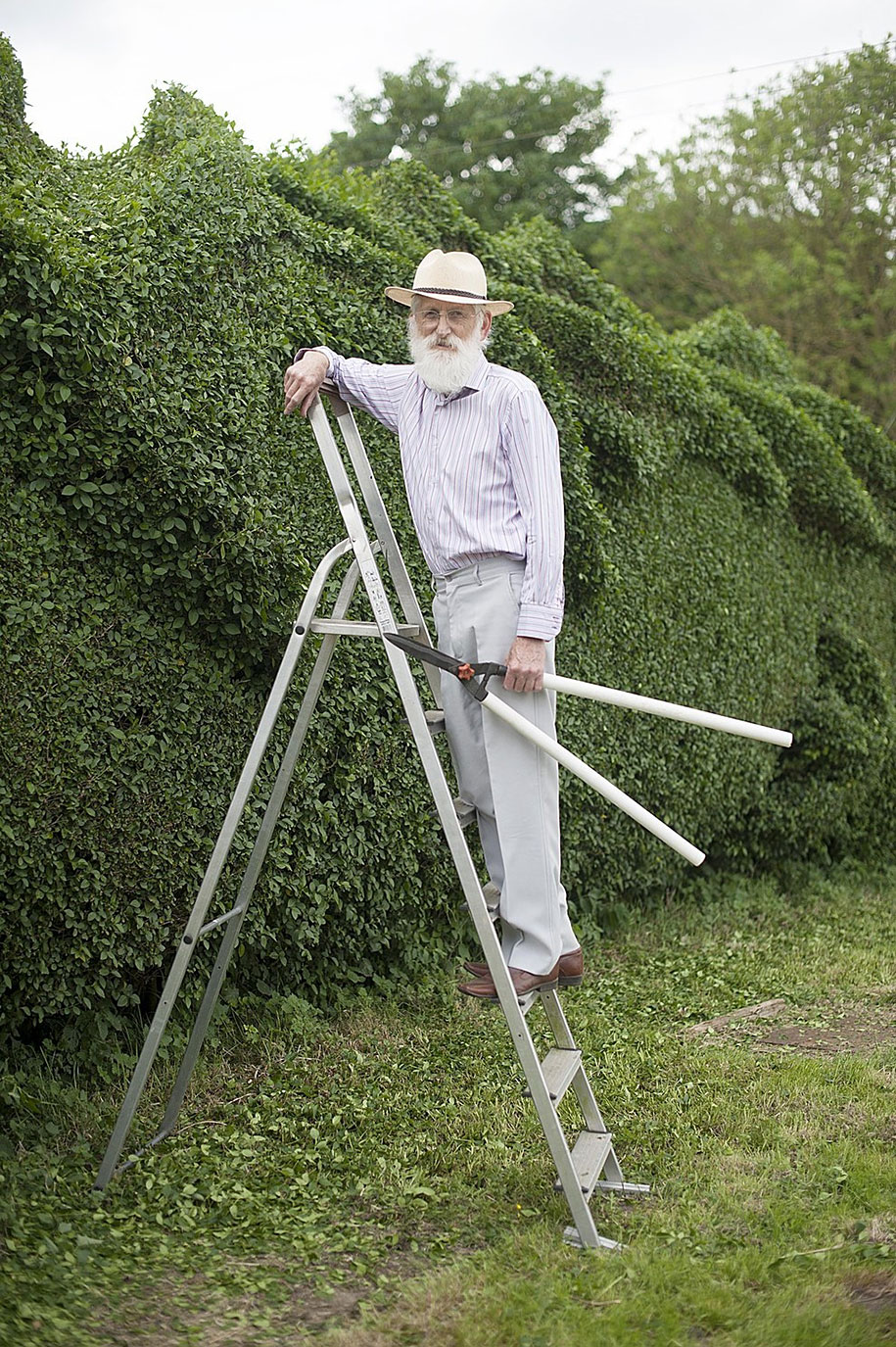 His wife Pippa, a former graphic designer, helped with the design: “I’ve added wings and the top was quite plain but every year I add another couple of lines for definition,” he said. 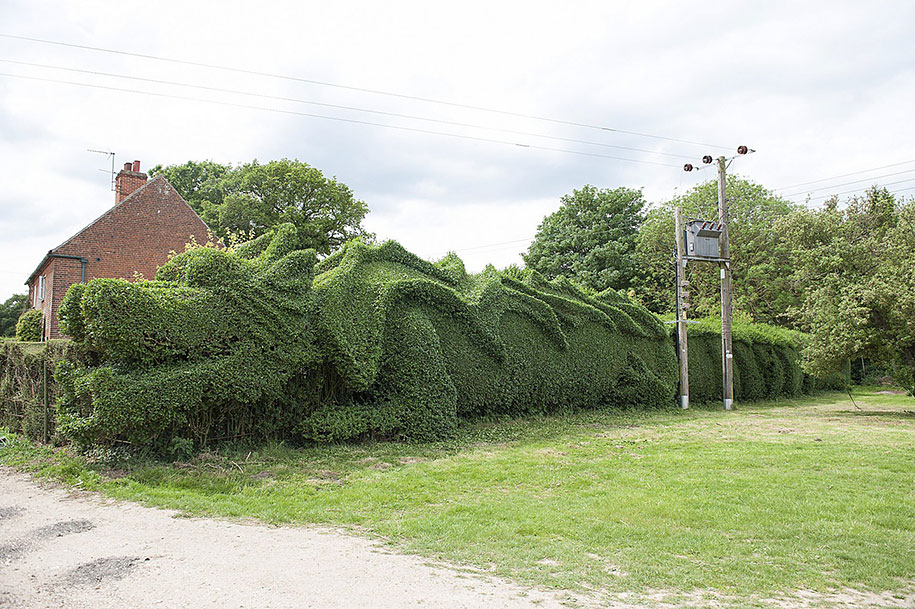 The topiary features bulging eyes, flaring nostrils, and a crested back. 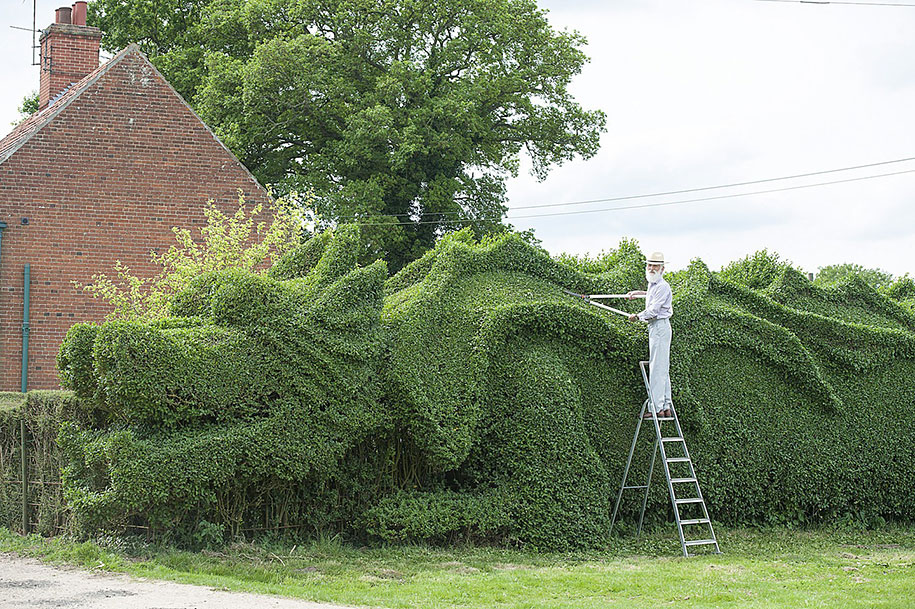 Check out an interview he did a while back after completing his hedge sculpture: