Today the scary movie genre is populated with everything from ghost stories to serial killers to supernatural clowns. But, in the early days of cinema, even before talkies, one spooky 1920 film stood out from the rest. The Cabinet of Dr. Caligari tells the story of an evil hypnotist who uses a sleepwalker to commit murders for him. The film was one of the first German movies to be screened internationally following World War I and was a pioneering feature film in the horror genre. According to Roger Ebert it was the first ever horror film. Now, rare photographs shot on set more than a century ago are coming up for auction. 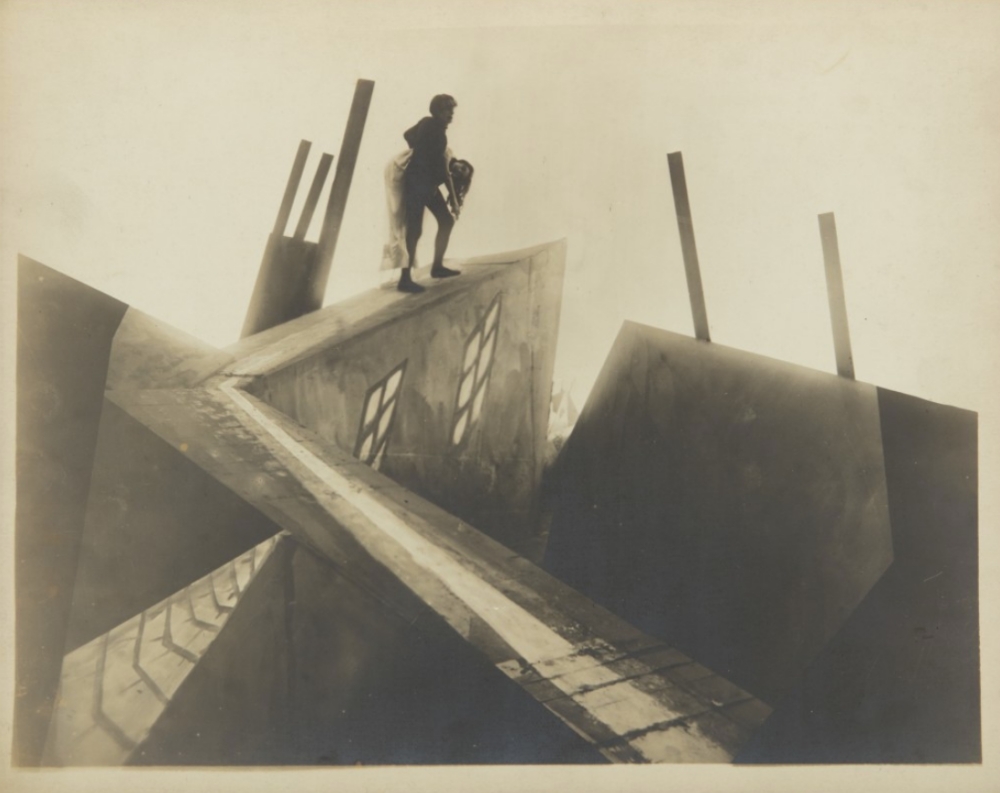 The set of 55 photos all belong to the same collector who acquired them all at the same time from a flea market- a very rare find indeed. The photos are all printed on 10×13 double-weight paper some with hand-painted retouching showing that a huge amount of effort went into creating and printing these photos. 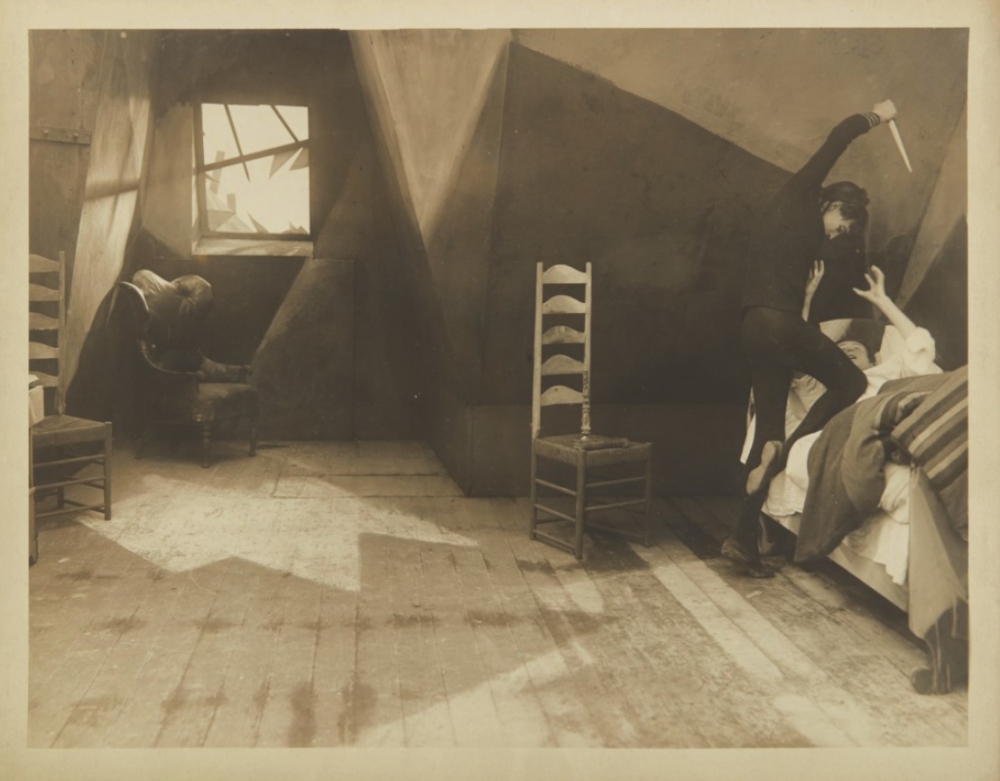 The set of the film was also hand-painted in high-contrast, distorted shapes that would later heavily inspire the film noir aesthetic. The photos reflect the unique and sinister look of the film, directed by Robert Wiene with cinematography by Willy Hameister. Art direction was led by Hermann Warm, with stunning results captured in these sepia tone photos. 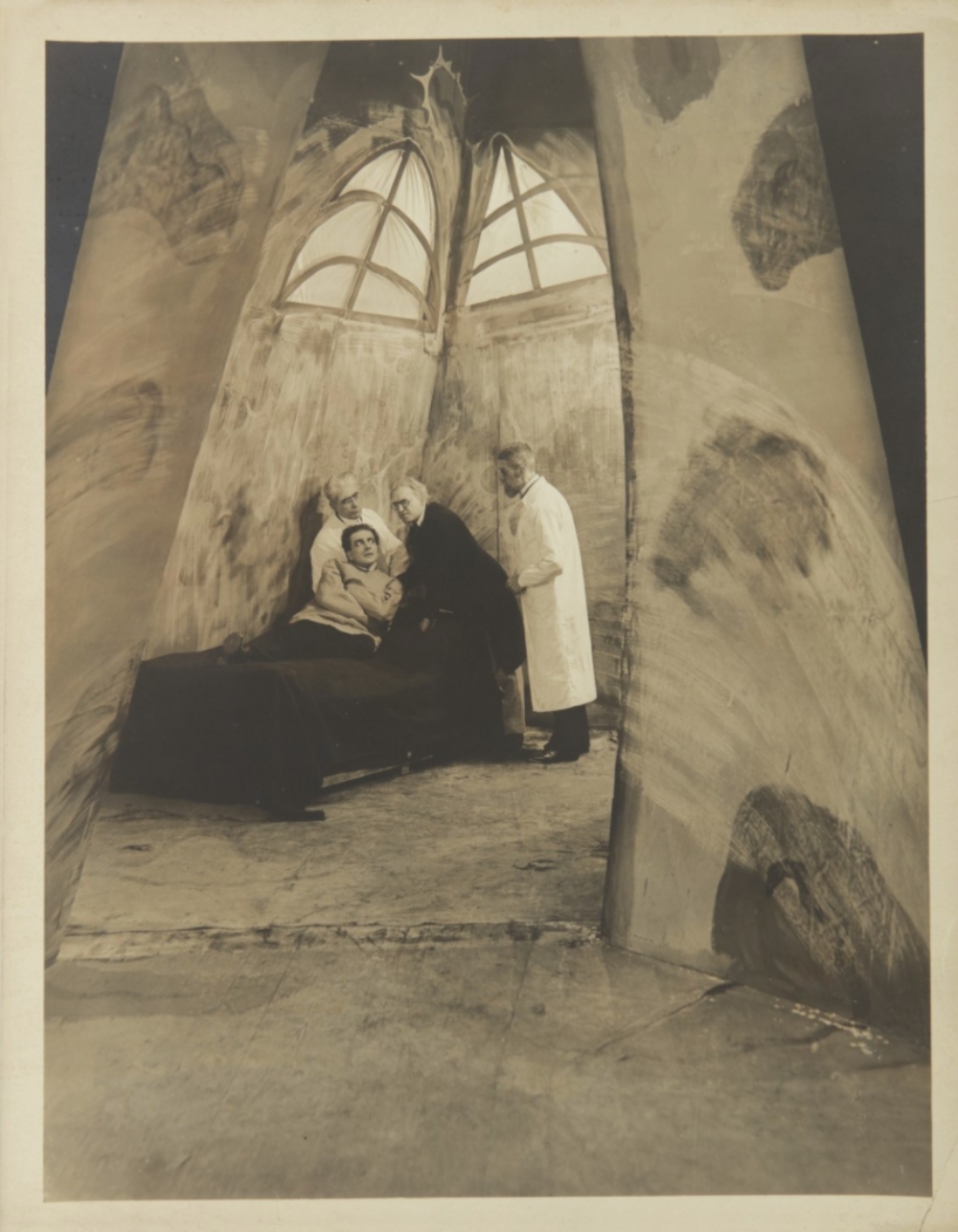 The film’s antagonist is said to represent the German government during World War I, while the sleepwalker represents the soldiers who were trained to blindly kill. The stills from the movie set represent a much more detailed record of the production than was the custom for the era. By the 1950s it was commonplace to release a variety of photos of a production for publicity, but in 1920 many films went undocumented save for the actual film itself. 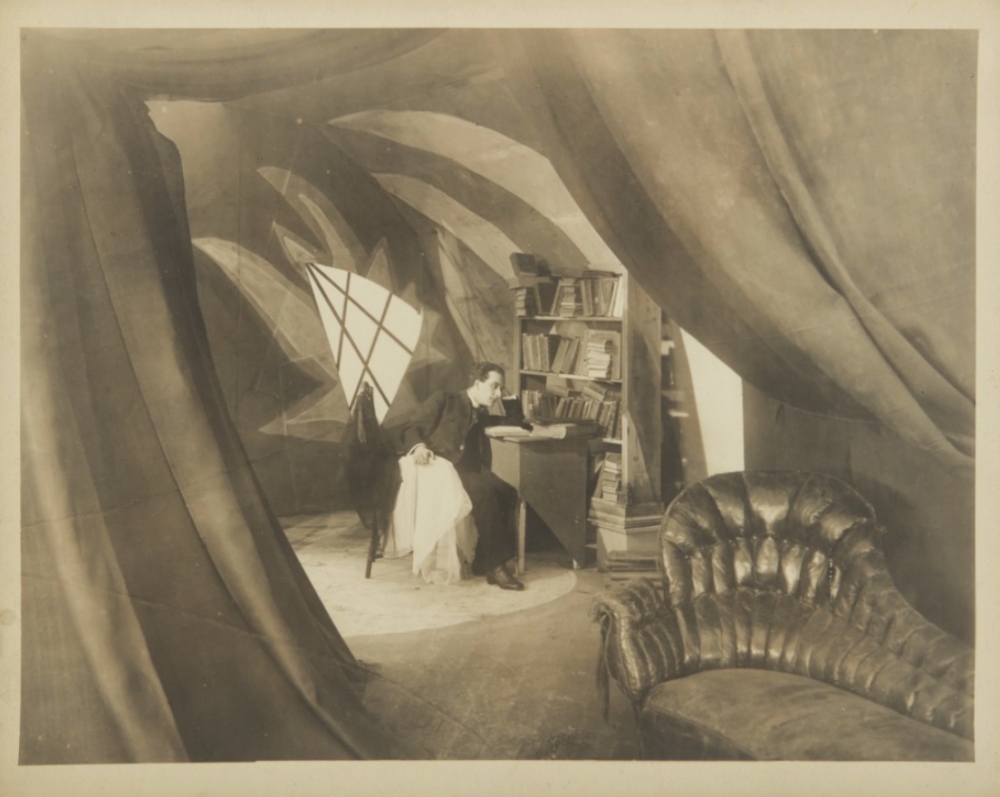 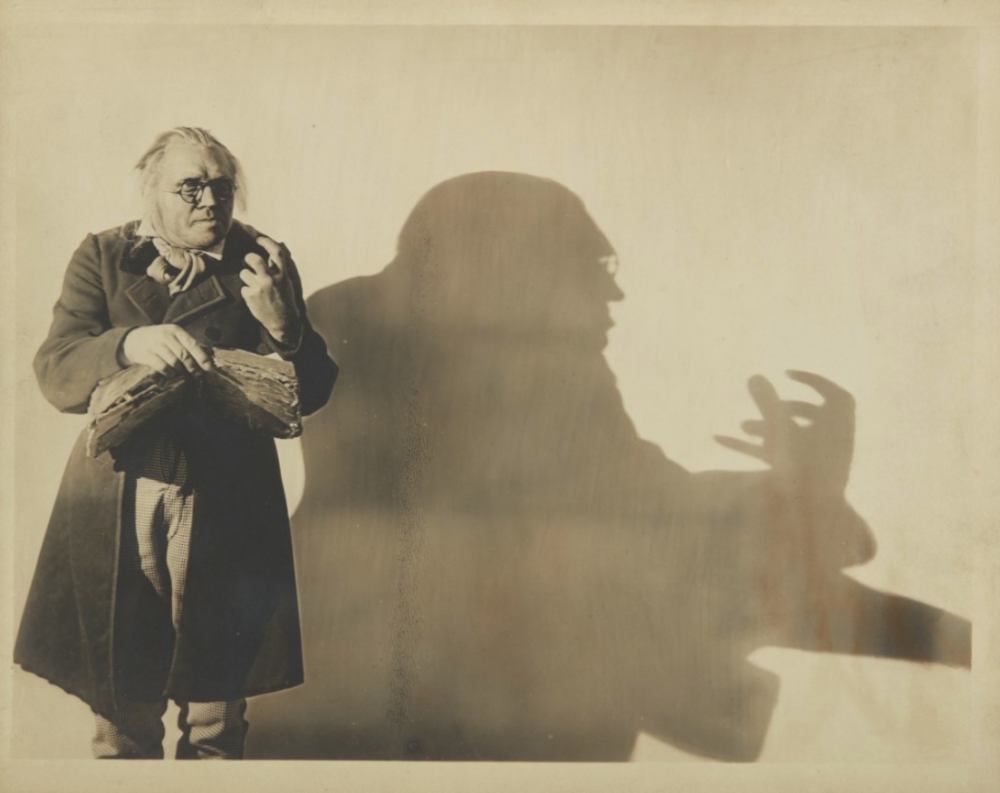 The Sotheby’s auction- simply titled, Photographs– also features a variety of other early 20th century photos, as well as some by Diane Arbus, and a collection of images taken of celebrities by Annie Leibowitz.

The online auction will be extended in 5-minute long increments in order to give bidders a fair chance at snagging their favorite items with last-minute bids since this is an online-only auction. However, the auction house has stated that they won’t extend the auction by more than two hours past the intended end time. 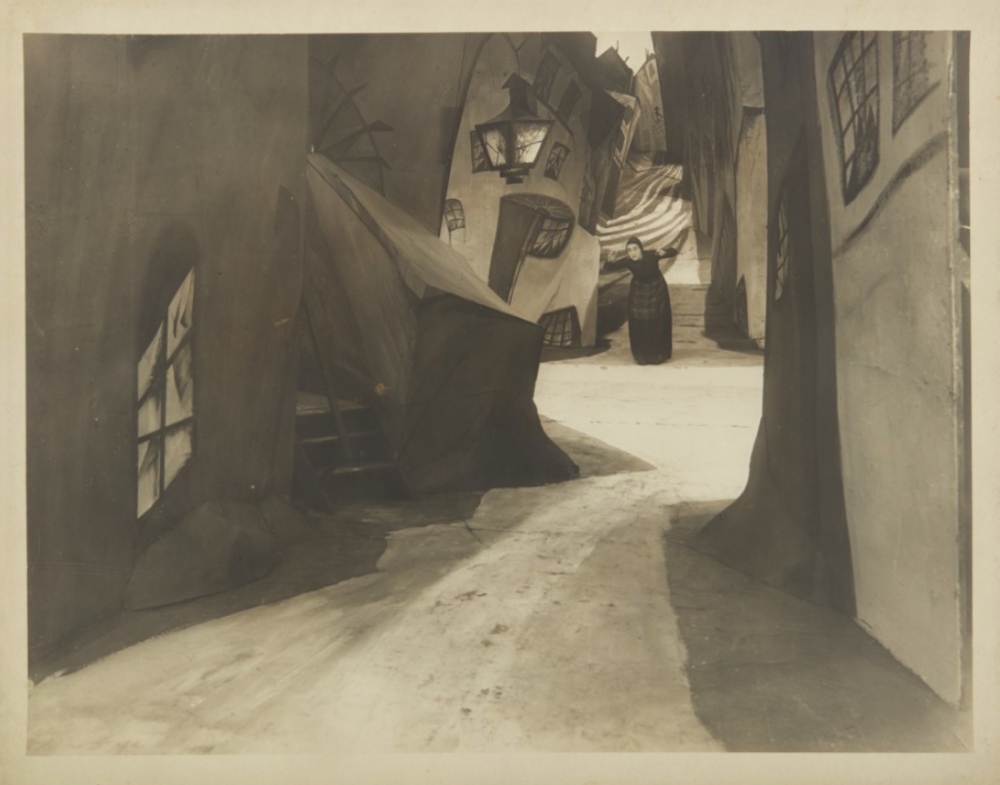 UPDATE: the photos of The Cabinet of Dr. Caligari exceeded the upper range of the auction estimate by $5,000 to close at $35,000 for the lot with reserves met. This is not surprising considering that the film was one of the most expensive silent films ever to be produced. However, not all of the other photo lots were sold.