Much More Than the Migrant Mother Image, Dorothea Lange’s Photos Are Timeless

Lange not only portrayed the essence of what it meant to live through the Great Depression, but she also captured images of the treatment of Japanese Americans after Pearl Harbor and the implications of the U.S. going into war. Internment camps set up for Japanese Americans were labeled as “evacuation centers” at the time, but whole families lost their businesses and savings when they were forced into camps, a fact not openly discussed or recorded at the time. 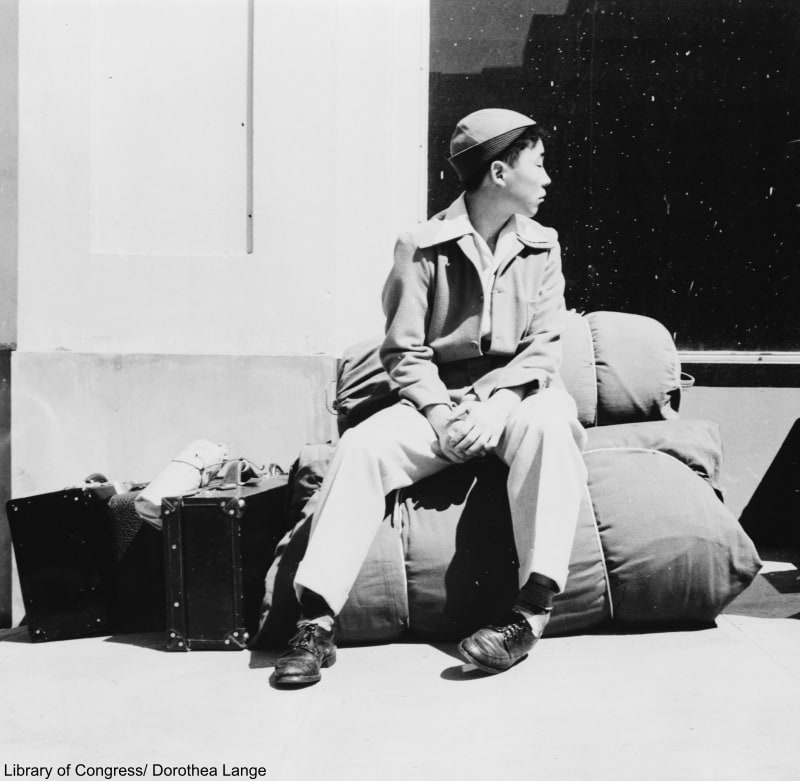 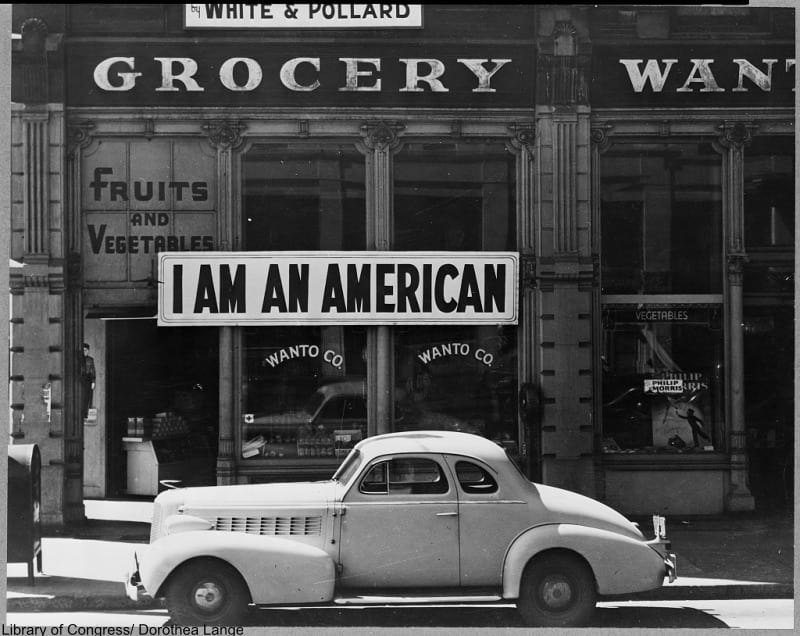 1942, Japanese American storefront in California with “I am an American” sign is heartbreaking to see today. Via/ Library of Congress

Lange was awarded the Guggenheim Fellowship in 1940, the first time a woman had ever been selected for this award. After World War II and her assignments for the U.S governments were done, Lange worked for LIFE Magazine and other publications. But, her photographs were not shown at the Museum of Modern Art until near the end of her life. 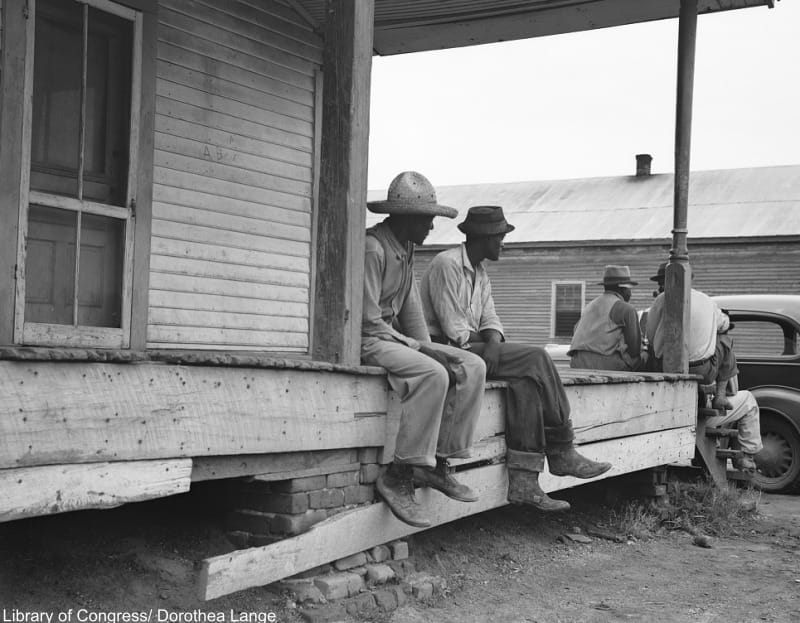 Men outside a Mississippi storefront, 1936. Via/ Library of Congress 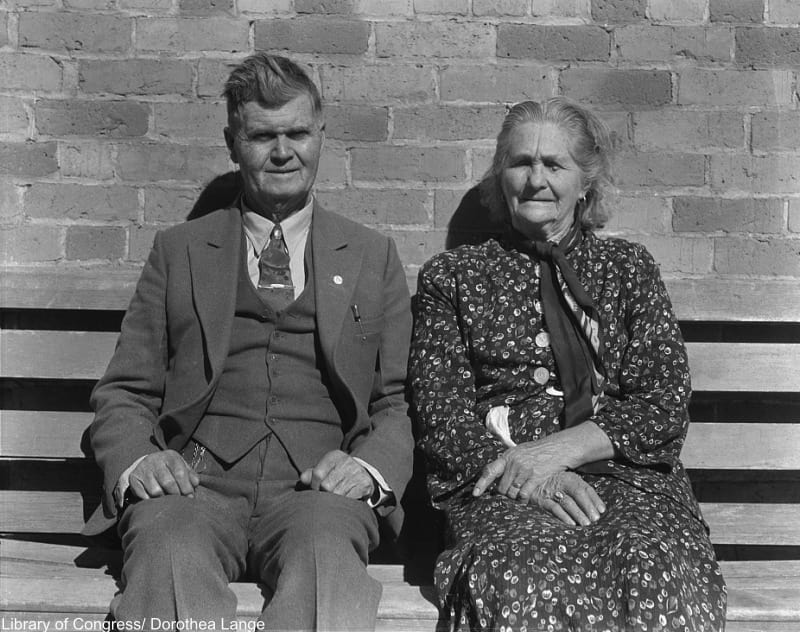 Latter Day Saints from South Africa. She was the first schoolteacher in Escalante. They are dressed in their Sunday clothes, 1936. Via/ Library of Congress 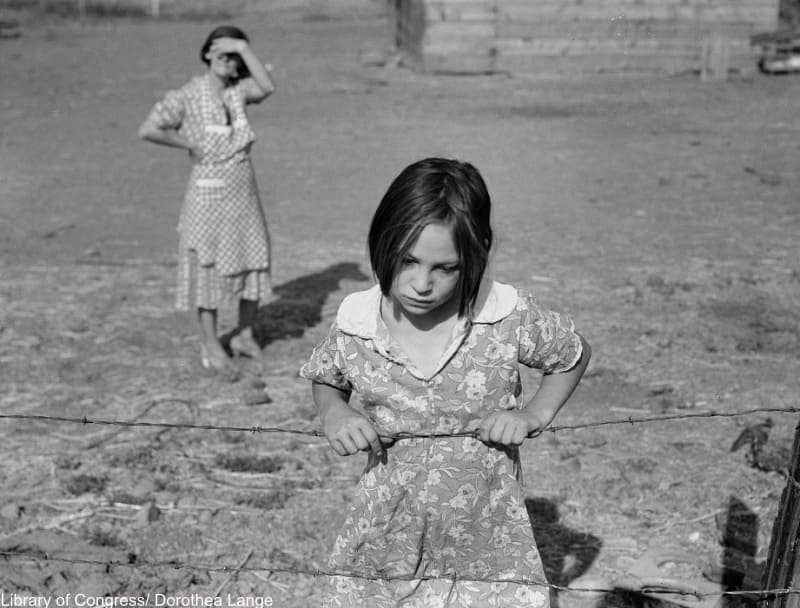 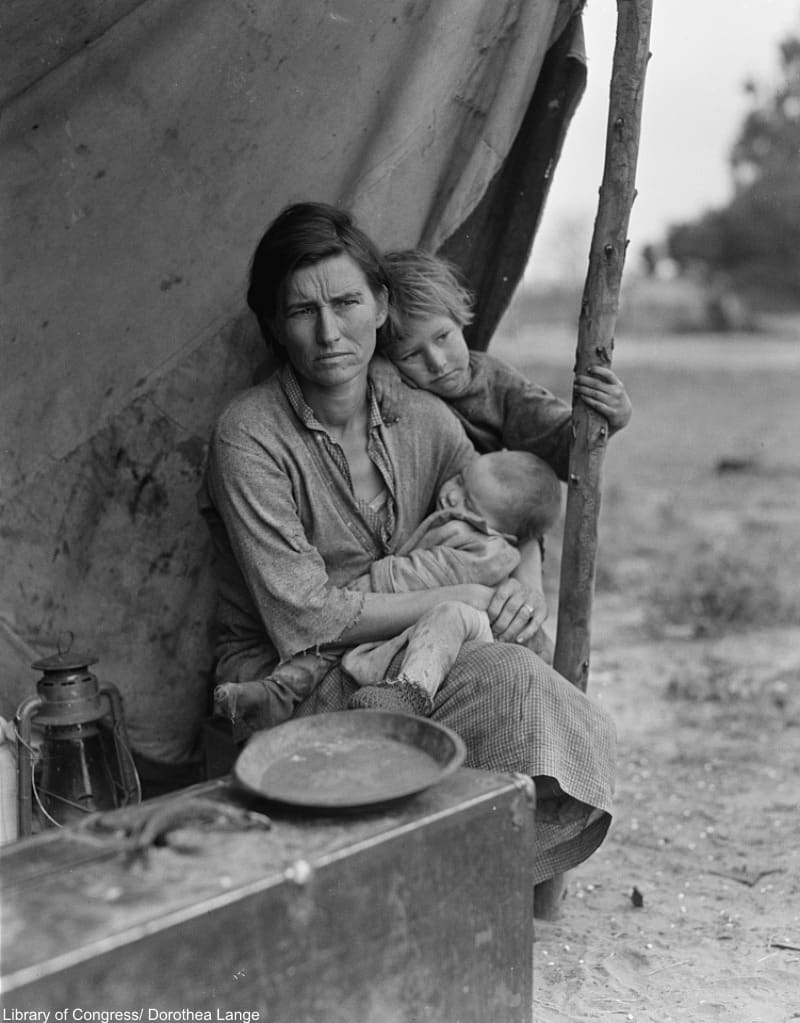 In later years, Lange’s work was recognized as some of the best of her era, but still her wide range of photographs are often forgotten in favor of her most famous photograph, Migrant Mother.