Doing the Dishes Is Actually the Worst Chore for a Couple

We’ve all been there: after a big meal the dishes and pots are piled up in the sink just waiting to be washed. For some, this chore is no biggie, but for others it’s an onerous task that is put off until there’s no more clean plates in the house. There isn’t a lot of scientific research yet on why exactly so many people hate doing the dishes, but there is now a study which shows that doing the dishes is the one chore that couples fight over the most. 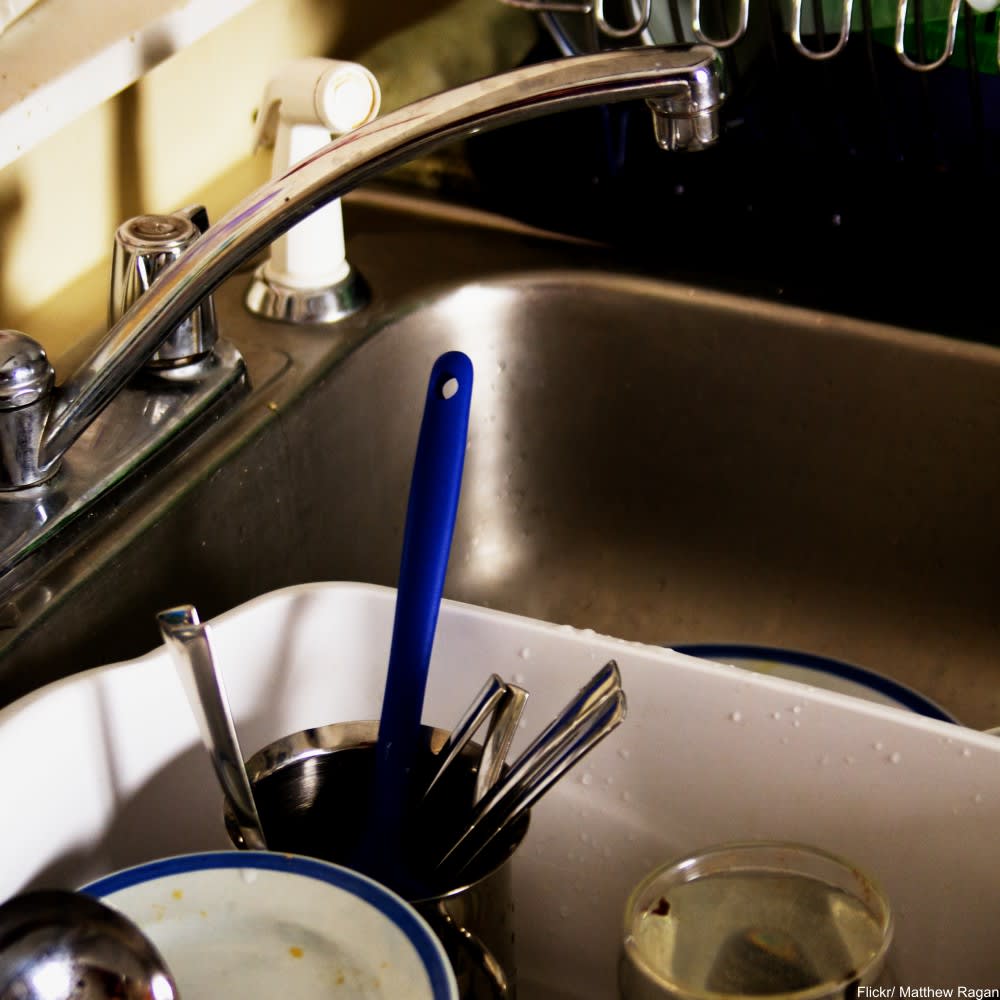 According to a recent article in The Atlantic, doing the dishes is linked to strife among many couples. The chore is seen as disgusting and time consuming for little reward. Unlike other tasks, like say, the dinner cooked to perfection, doing the dishes offers little in the way of emotional reward from one’s family. Instead the task is often taken for granted, like many of the daily tasks of cleaning up after other people. However, cleaning the bathroom or other chores aren’t necessarily daily and therein lies the rub of doing the dishes. 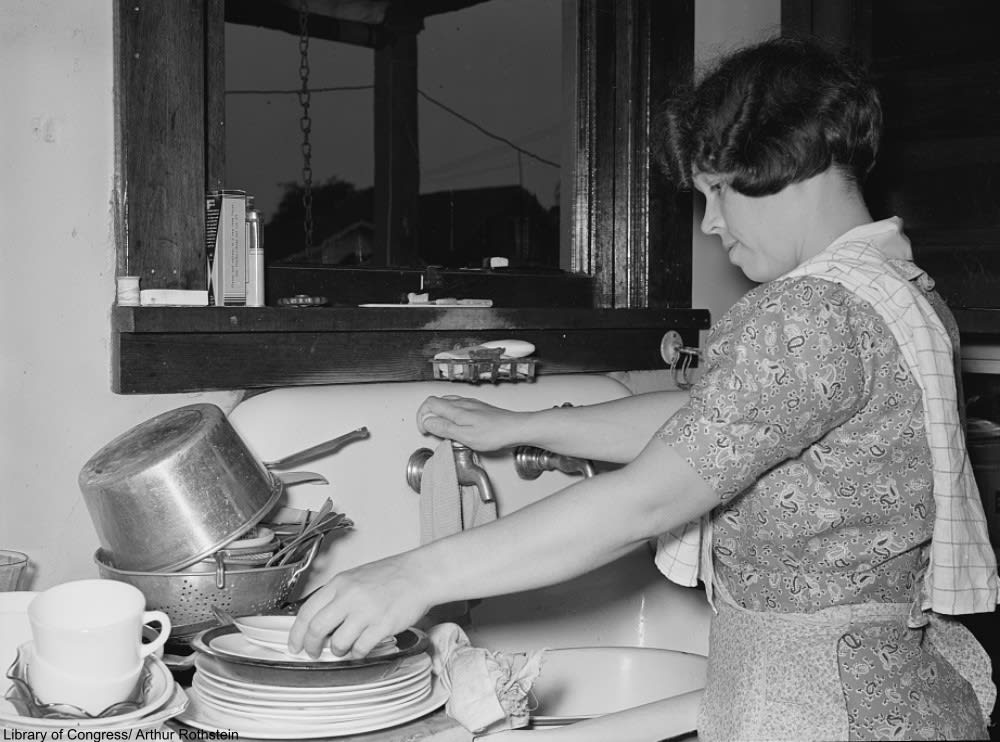 Since 1965 the amount of housework men do in the U.S. has doubled from 2 hours a week to 4, but the number has been roughly the same since the 1990s. This means that while overall strides have been made to get men into the daily chores, the past few decades haven’t yielded that much change.

Men traditionally have done the weekly tasks of yard work, taking out the garbage, and other household maintenance. But, rarely men have rarely been responsible for any major share of the cooking and cleaning up after the family. 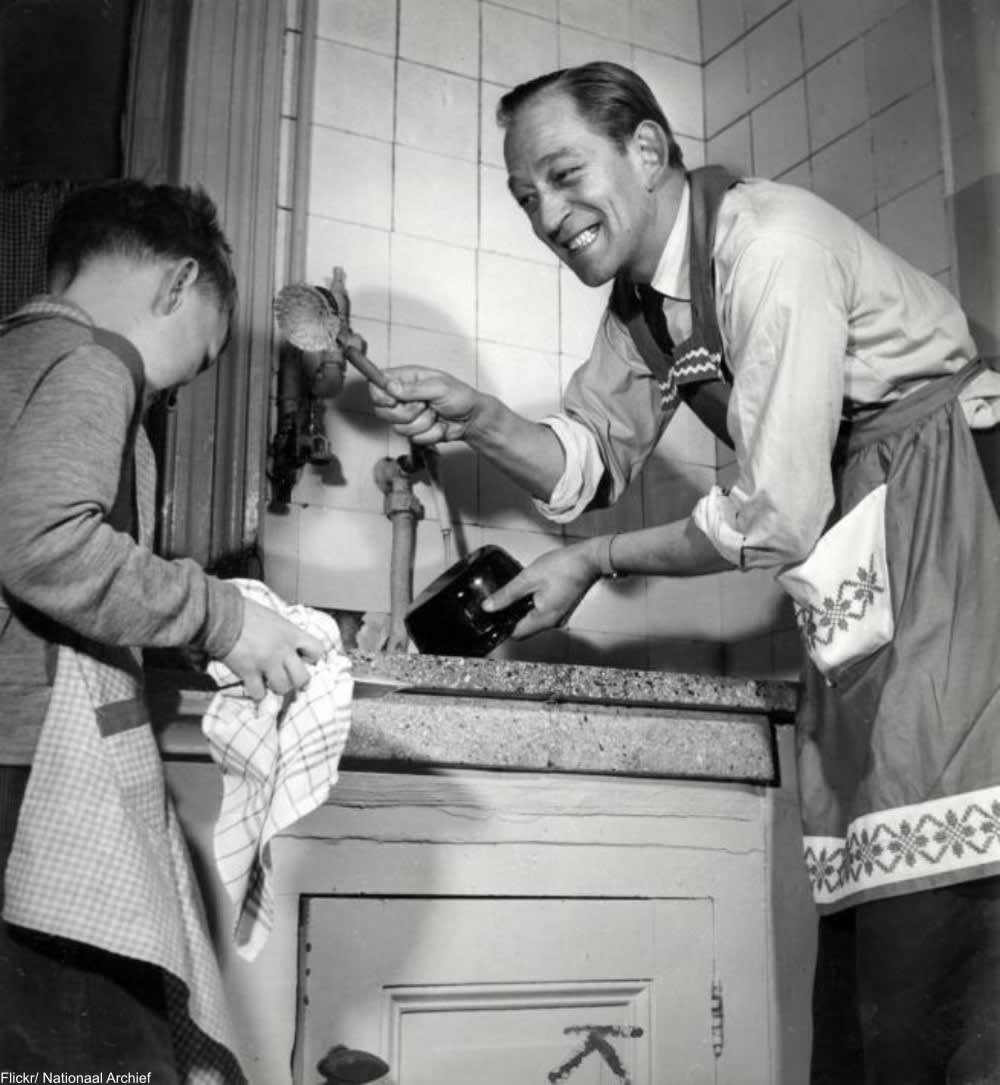 While women’s work has been steadily made easier and more efficient by modern technology – resulting in less time spent in the kitchen – women still spend on average around 14 hours a week doing housework (down from just over 30 hours in 1965).

Doing the dishes historically has nearly always fallen to the women of the household. But, many ladies today find that arrangement old fashioned at best. In a recent study from the University of Utah and the Council of Contemporary Families, the washing up was found to have been a major stressor when it comes to relationships between men and women. 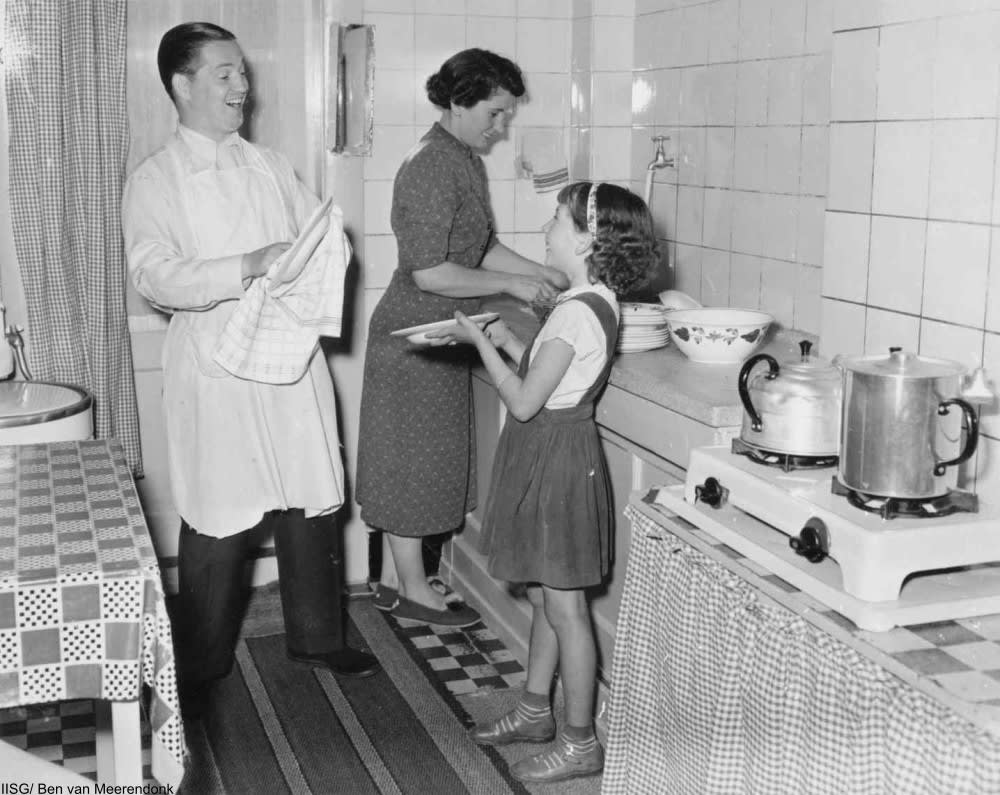 Women who were expected by their partners to always do the dishes were found to report lower levels of satisfaction in the relationship. On the other hand, women who said their partners helped or took turns doing the dishes were happier in their unions. Women who had help with the dishes reported better sex, fewer arguments, and overall happiness with their relationship. This has been found in studies of couples in other countries as well.

Furthermore, the arguments around the dishes in modern homes have become some of the most distressing chore-related disagreements. Of all the chores, it was reported that doing the dishes was the one that women most wanted to be shared, making it a hot topic in many households.

How many calories did a housewife burn in a day? Find out: Click “Next Page” below!