Cute “Mini-Castle” Has Been Completely Renovated Inside for a Family

To examine a castle from centuries ago is to marvel at the magnitude and grandeur of such a building. The cost and man hours of building and maintaining castles alone proved just how wealthy and important the owners were- usually members of the nobility and the landed gentry. Castles with rooms numbering over 100 are not uncommon. So, it’s a bit of a shock to find a miniature castle built in the 18th century that is only a fraction of that size. 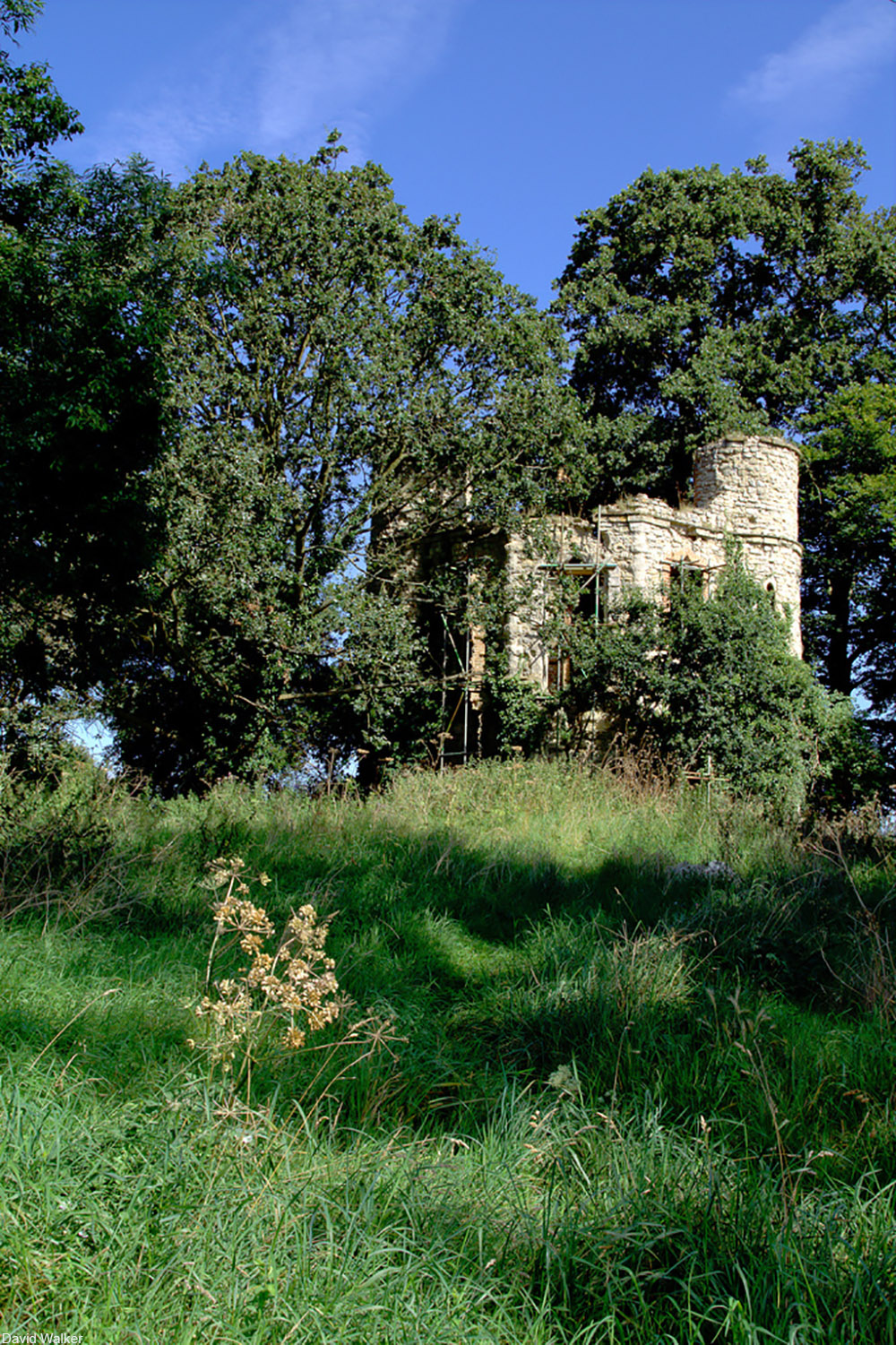 The castle, covered in overgrown plants in 2007. Via/ Wiki Commons

The diminutive Dinton Castle was built by Sir John Vanhatten in 1769 in Buckinghamshire, England, to be an ornament to his main abode, Dinton Hall. Because it’s so small it was also known as Dinton’s Folly. It’s like a child’s impression of a castle.

Vanhatten used the building for meetings and storage, as well as displaying his extensive ammonite collection built into the very walls of the building. But, sometime between the 1700s and now the whole thing was left to rot. 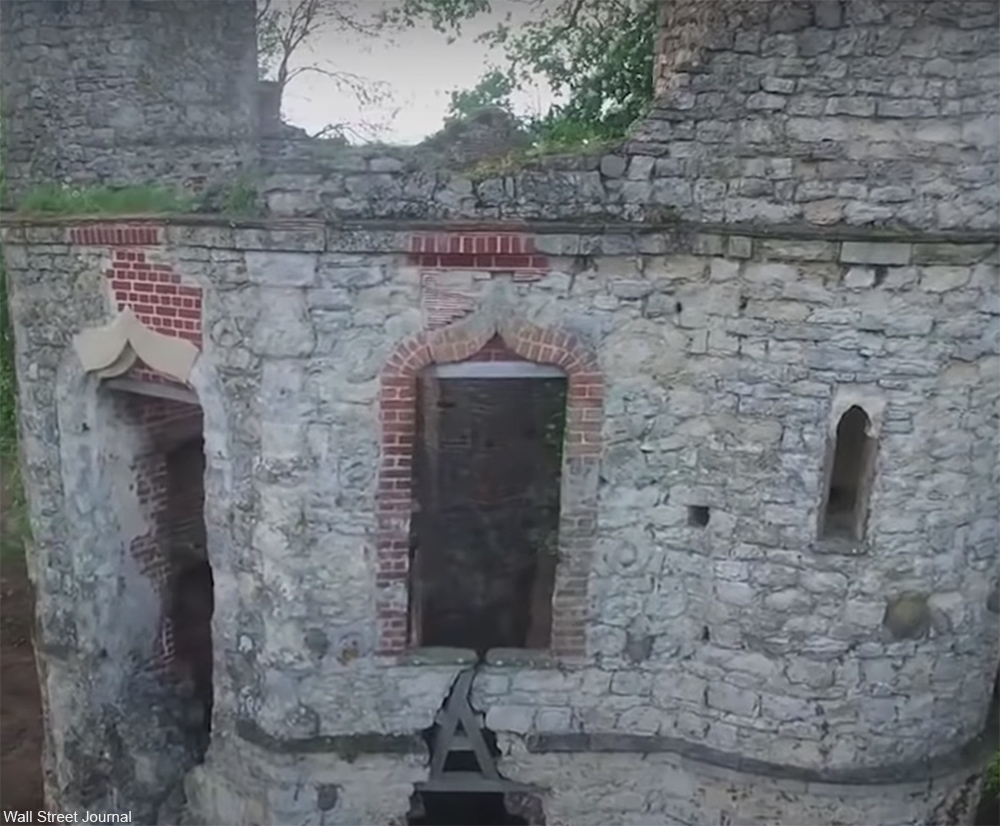 Dinton Castle was a ruin when architect Jaime Fernandez bought it in 2016. The structure was completely hollow and everything had to be rebuilt. Today, the building has four rooms, kitchen/dining in the first floor, living room on the second floor, and 2 bedrooms (with 2 ensuite bathrooms) on the third floor.

Fernandez said his family has enjoyed living there and he’s documented the process of bringing this space back to life on his website. Now, he is planning to sell the property since the small space is not big enough for his growing young family. 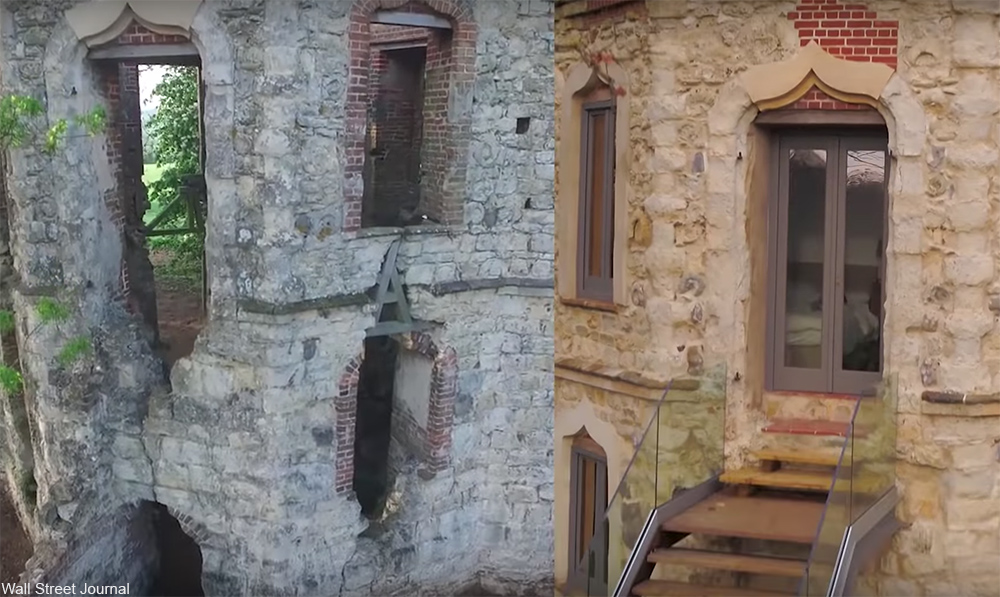 Have a look at the renovation of this magical place in the video below. How they dealt with the plumbing pipes was an ingenious solution!