Australia is known for its productive opal mines. Glittering, rainbow-filled opals are considered one of the “precious” gemstones, while the less-showy specimens are called “common” opals. Natural opals command very high prices in a world of lab-grown gems. Like panning for gold, also a rich source of income in Australia, many citizens of the island nation have taken up small-scale mining as a hobby. But, one man kept finding bones in his lot instead of opals. As it turns out, there were both on his property. 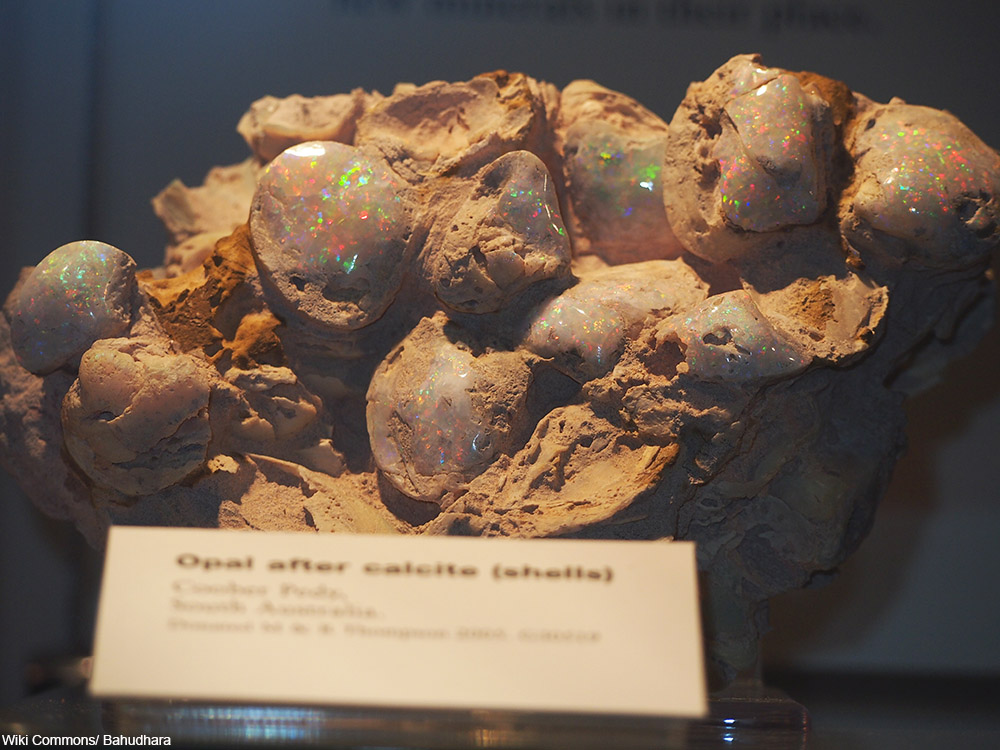 Over the 30 years that Bob Foster had been mining for opals near his home on Lightning Ridge in New South Wales he found a variety of bones at his Sheepyard Mine. In the old days before much was known about preservation of artifacts, Foster would routinely smash the bones looking for opals inside, thinking they might have been the skeletal remains of horses. Incidentally horses (like cats) are not native to Australia, but were introduced by European settlers. Now bands of wild horses run free over New South Wales, causing harm to the local ecosystem. 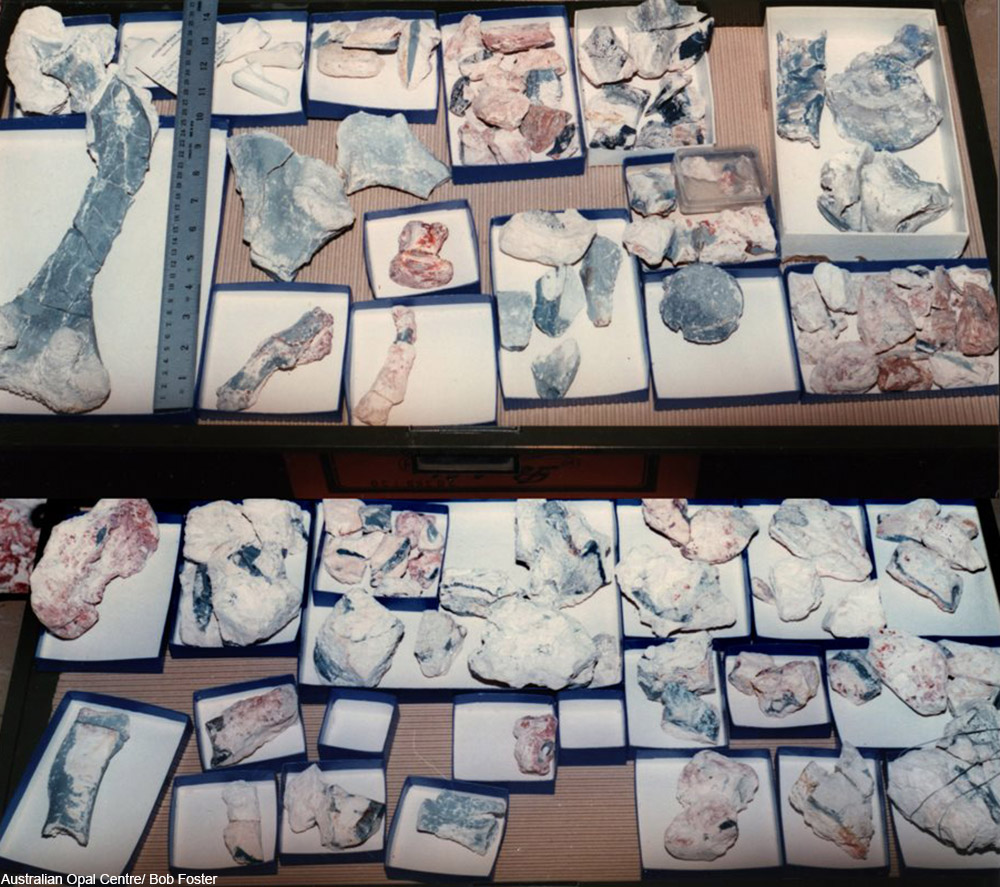 Bones that Foster initially took to the museum. Via/ Facebook

But, the bones Foster found were no horse bones at all. He eventually realized there was something odd about the bones and took them to the Australian Museum in Sydney. There the bones were studied and in 1984 a large scale excavation of the Sheepyard site was undertaken. It was then that an opalized and near-complete dinosaur skeleton was found.

The process of opalization goes like this: prehistoric remains make a hollow space in the sediment and that space is then filled by a mixture of water and silica, the two primary components of opals. In some opalized fossils a layer of opal covers the internal fossil, while in other specimens the entire structure has been replaced by opal.

Opalized fossils can be of the precious or common varieties, ranging from rainbow reflections to dull milky white. Many mining operations that are large-scale and mechanized disassemble, crush, and/or scatter these opalized fossils, but the gentler manual mining leaves a chance that these artifacts can be examined properly with their exact locations recorded. 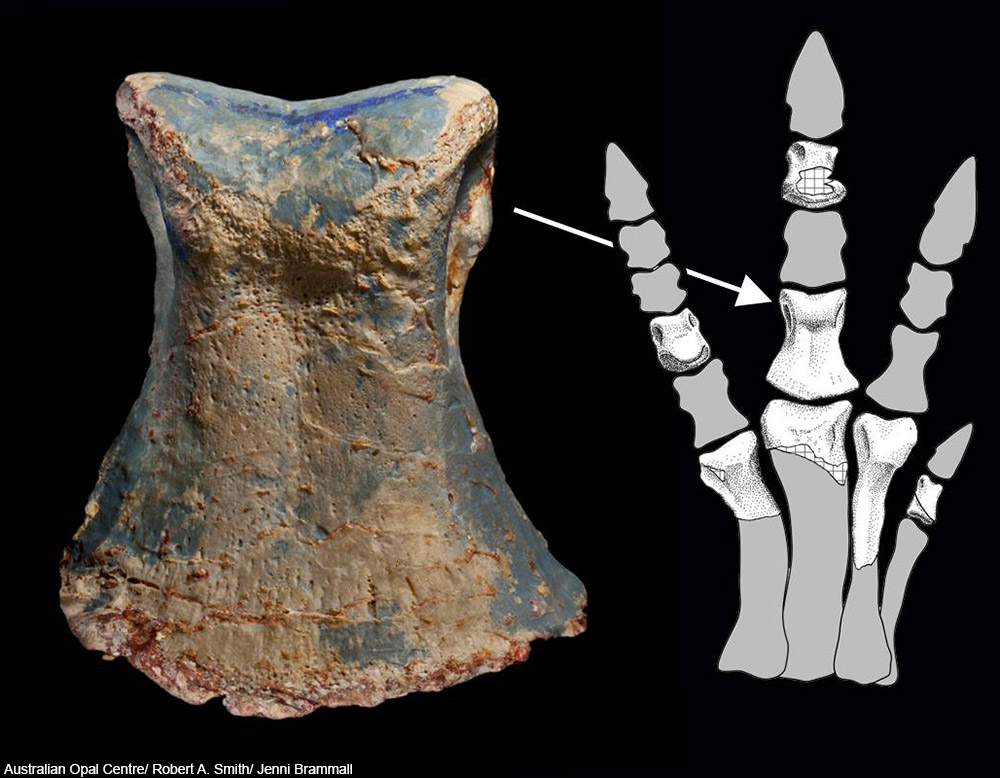 One of the fossilized foot bones found at Sheepyard. Via/ Facebook

This process had previously been witnessed in the opalized Australian fossils of ichthyosaurs and pliosaurs, marine animals from the era of dinosaurs that lived and died in the shallow ocean that covered parts of Australia at the time. However, this was the first time that dinosaurs had been found. 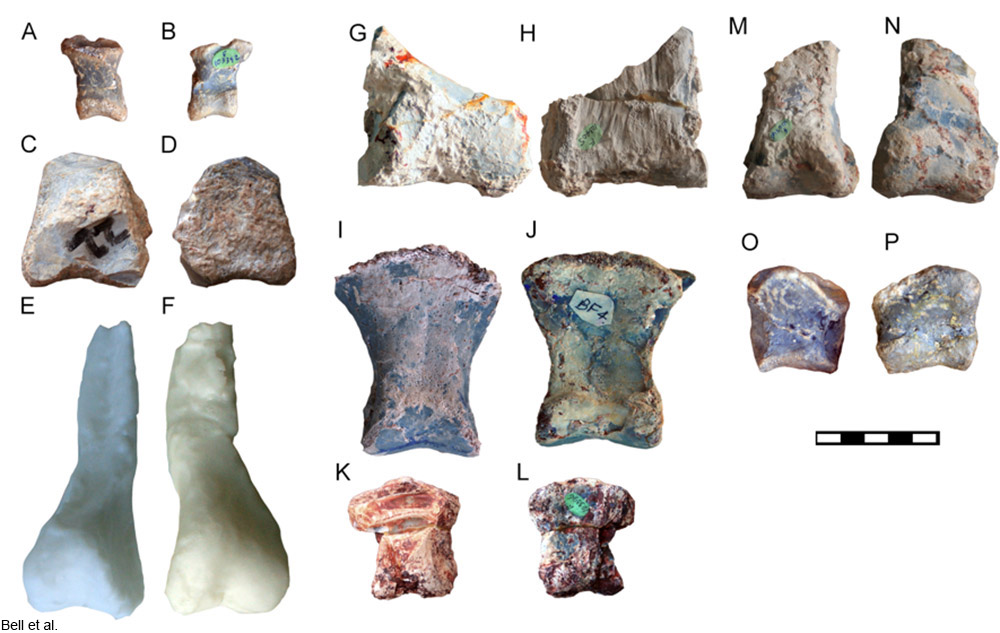 The new species was named Fostoria dhimbangunmal in honor of Robert Foster. The word “dhimbangunmal” is a translation of Sheepyard in the native language of the Yuwaalaraay, Yuwaalayaay, and Gamilaraay indigenous people.

The species did have a horse-shaped skull, so Foster was not entirely off base in his initial assumption. Their kangaroo-like bodies were reminiscent of raptors with powerful legs, however these dinosaurs were herbivores who lived in packs more like horses do today. The species was announced in June of 2019 in a paper published in the Journal of Vertebrate Paleontology. 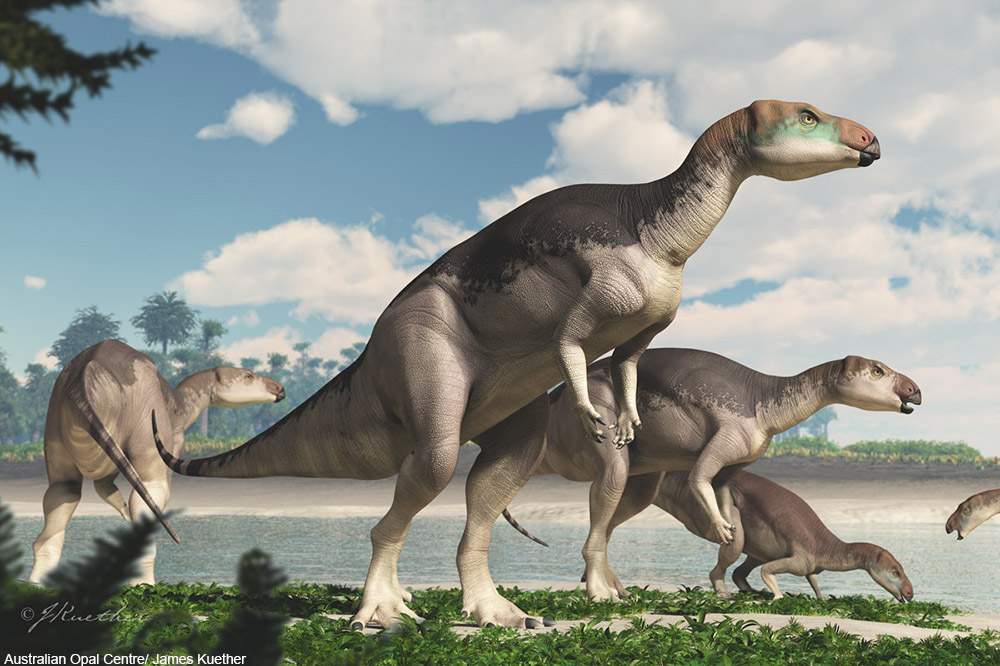 Since the initial 1984 excavation, many other remnants of Fostoria dhimbangunmal have been identified from the region, making them some of Australia’s only known dinosaur fossils and certainly the most complete specimens. After the initial study, the bones have were donated by Foster to the Australian Opal Centre, an organization responsible for documenting the history of opals and fossilized opals in the Lightning Ridge area.

Huge chunk of gold found by small-scale prospector: Click “Next Page” below!