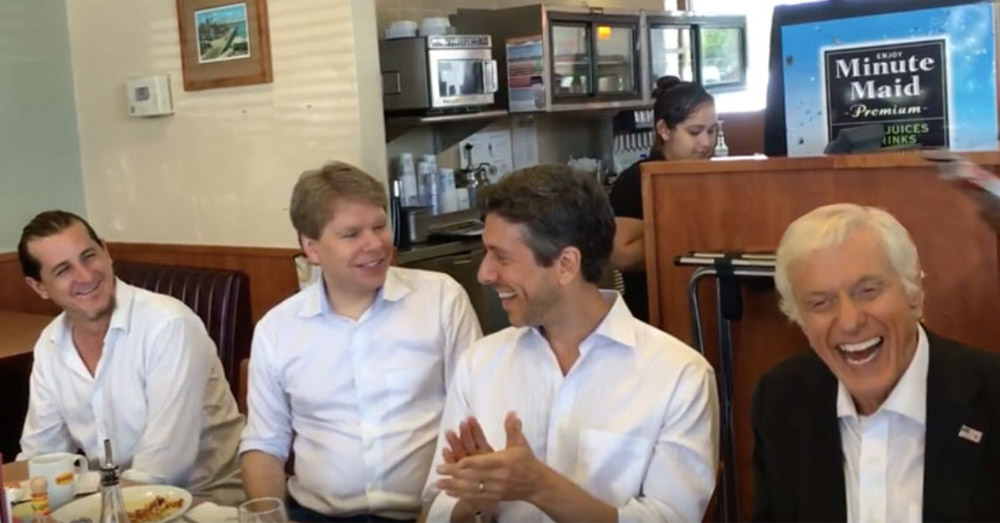 Dick van Dyke has charmed the world on the stage and silver screen for the better part of 50 years, and by all appearances, he’s not done yet. In a video uploaded to YouTube on Friday, the beloved entertainer surprised a crowd at a Denny’s in Santa Monica, California. He rocked the house with his a capella group, the Vantastix, by breaking into a rendition of “Chitty Chitty Bang Bang” .

“Breakfast at Denny’s, with a side of grits makes me want to sing!!” Van Dyke wrote on his Facebook page Saturday.

Van Dyke famously played the eccentric inventor Caractacus Potts in the original 1968 film “Chitty Chitty Bang Bang.” The movie was based on a story by Ian Fleming, who was also the mastermind behind the James Bond films.

“Chitty Chitty Bang Bang” the song, was written by Robert and Richard Sherman, a songwriting duo responsible for many of the tunes we know and love today. It was nominated for an Academy Award the year the film was released and has surely survived the test of time.

Check out Dick Van Dyke’s acapella rendition of the tune below! It’s safe to say, the 90-year-old still has a few tricks up his sleeve.