The Dead Sea Scrolls were first discovered in the Qumran cave system in the Judaean Desert in 1946-47 and ever since then have held a huge amount of significance for people of many faiths. These scrolls were written in Hebrew, Aramaic, and Greek and are currently held in the collection of the Israel Museum in Jerusalem. However, another set of scroll fragments (discovered in 2002) were purchased for the Museum of the Bible in Washington, D.C., and have now turned out to be deliberate fakes. 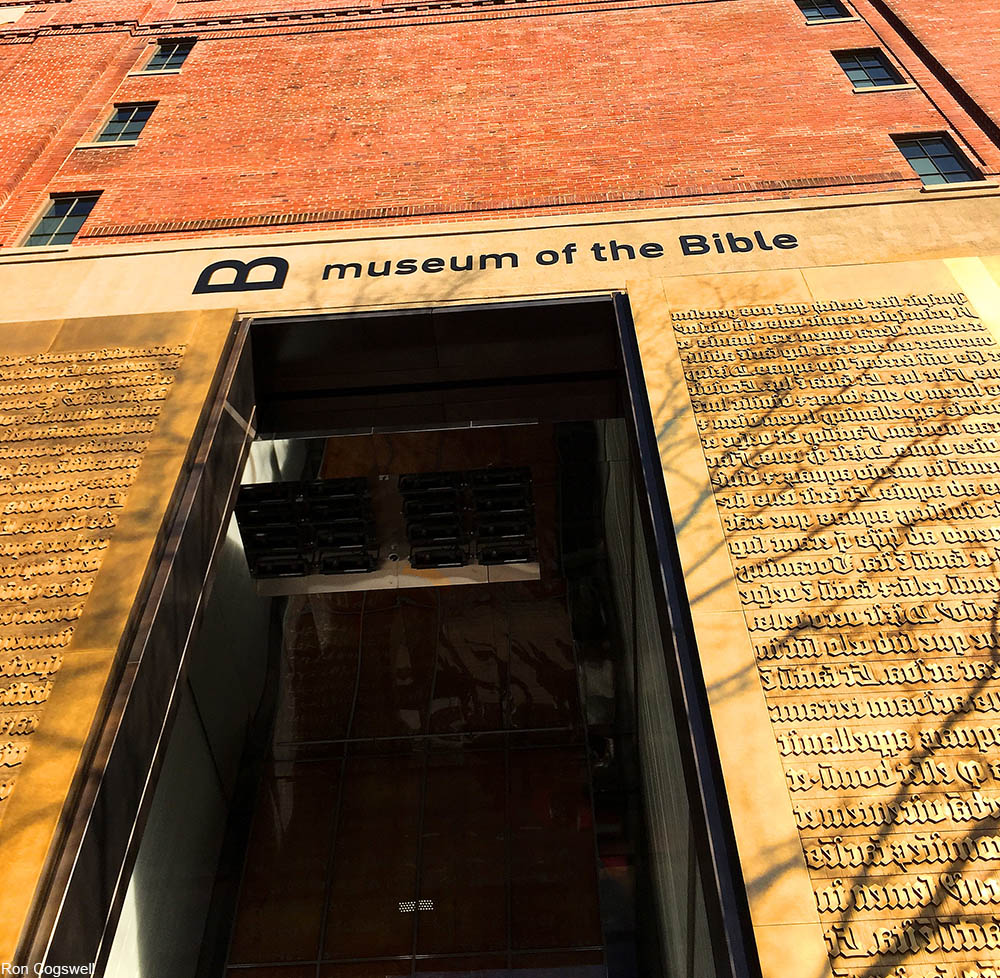 The Museum of the Bible in Washington, D.C. Via/ Flickr

The investigation of these artifacts was initiated by the museum itself, utilizing the knowledge of a team of experts. The scroll fragments were studied intensely to understand what they are made of and their age. They were examined under 3D microscope, as well as undergoing chemical testing.

The results of this study were unveiled at a recent conference and show that the scroll fragments are indeed forgeries. 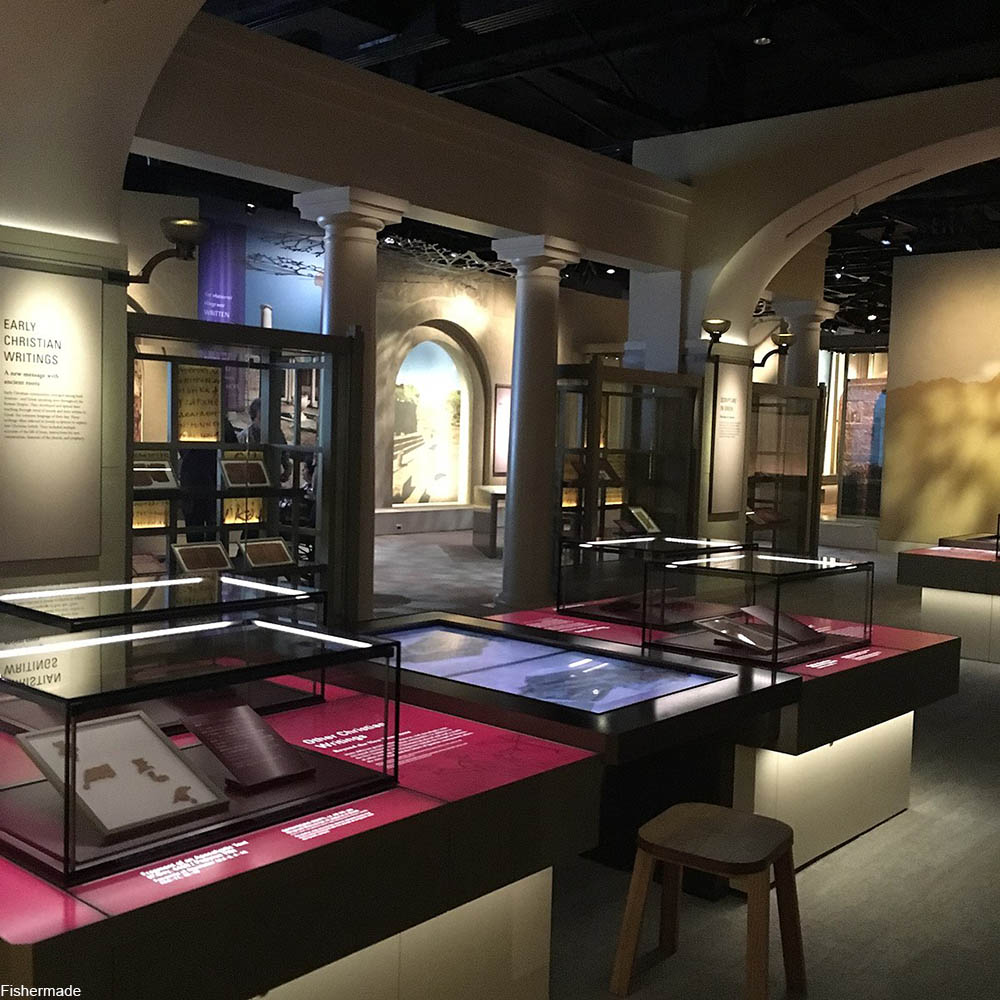 Museum of the Bible interior display. Via/ Wiki Commons

By examining the structure of the material it was found that instead of being made from parchment, these pieces were made in the modern era from leather of ancient origin.

As deliberate fakes, the scrolls were created using modern ink, which then flowed readily into the cracks of the dry, ancient leather in a way uncharacteristic of writings that were actually created 2,000 years ago.

Furthermore, the study scrutinized the sheen on the fragments, a trait which is also found on the Israel Museum scroll pieces. Ancient parchment develops a sheen over time which is the result of the breakdown of collagen in the material. True ancient parchment is made from goat or sheep skin. 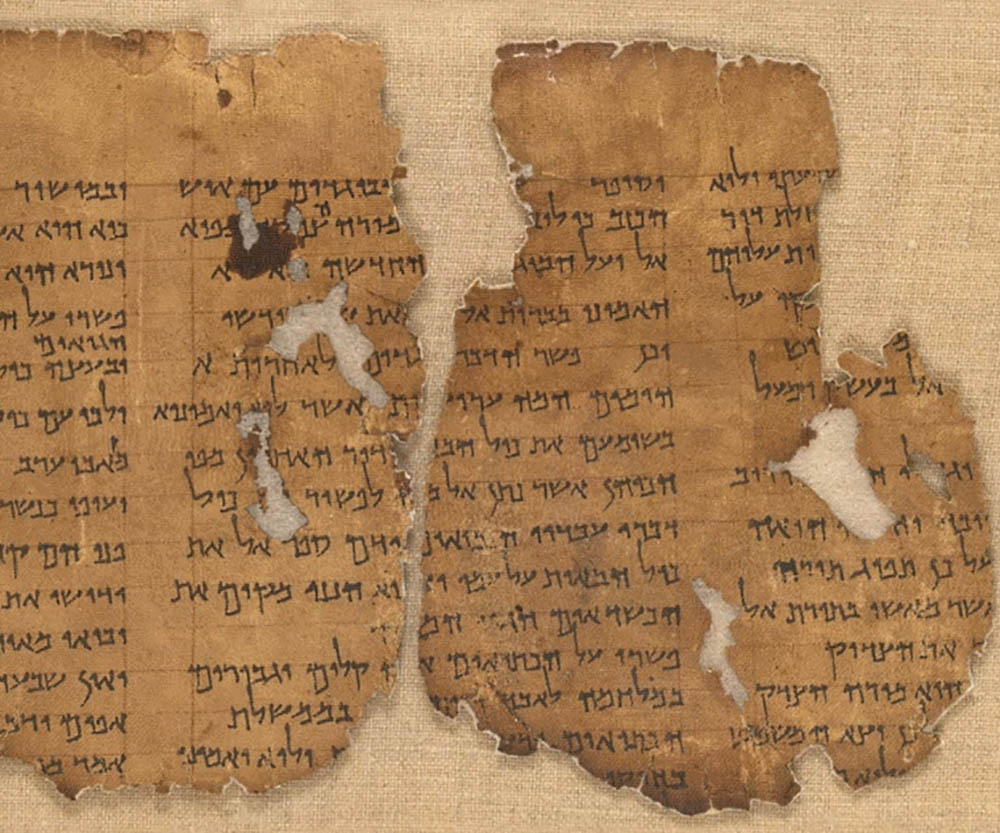 The fakes were found to derive their sheen from the application of a surface substance, most likely animal glue. According to Collette Loll, leader of the investigative team and founder of the company, Art Fraud Insights, 2,000-year-old parchment and leather are almost completely indistinguishable using only the naked eye. Loll told Artnet News, “Until you do a high magnification analysis, as well as a chemical and elemental analysis, you really can’t tell the difference.”

The Museum of the Bible scrolls are part of a larger category known as the “post-2002” scrolls. Following the discovery of the original Dead Sea Scrolls by a Bedouin shepherd in the 1940s (and subsequent findings in 1956), the scrolls were sold to a Syrian Orthodox antiquities dealer named Khalil Iskander Shahin (Kando for short).

When the “rediscovered” scrolls first came on the market in 2002 it was believed by many that these new artifacts -of which there were 70 or so- had been locked away in a storage facility in Switzerland owned by Kando’s family and that’s why they had gone undiscovered this whole time. 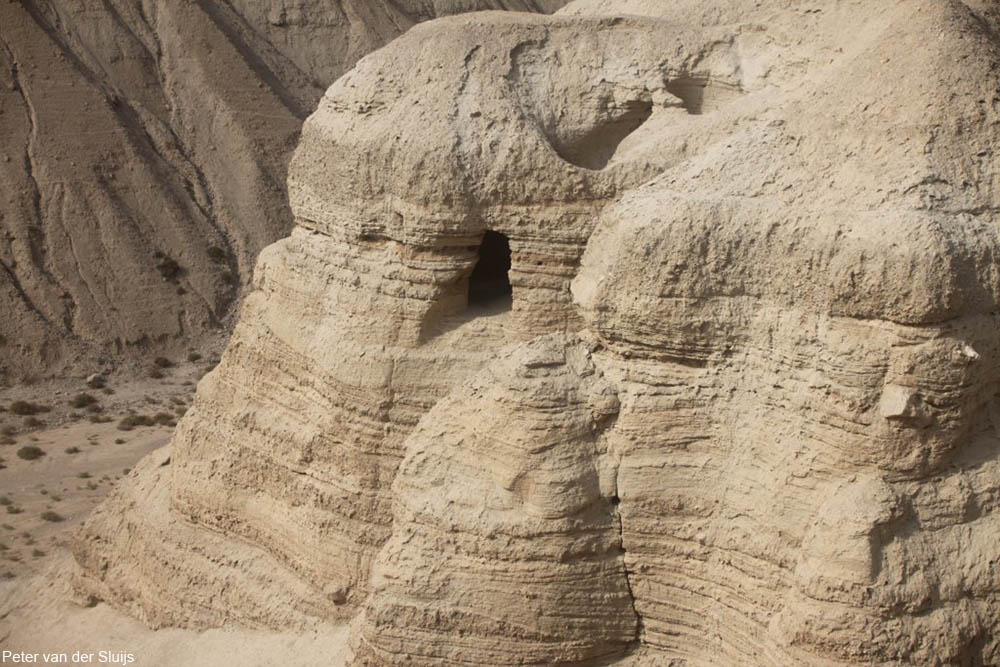 One of the Qumran caves where the first Dead Sea Scrolls were found. Via/ Wiki Commons

The post-2002 scrolls will be removed from the Museum of the Bible, but it brings into question other artifacts held by the museum. In 2018 the founder of the Museum of the Bible and owner of the Hobby Lobby chain of stores, Steve Green, was ordered to give up 4,000 ancient objects, including cuneiform tablets of Iraqi origin, after they were found to have been obtained illegally.

The museum also had trouble in 2019 when it was found that 13 ancient texts that had been purchased on their behalf had actually been stolen by a professor from Oxford.

Of the dozens of post-2002 dead sea scroll fragments, the Museum of the Bible only held 16. Hopefully the limited number of antique dealers involved in this scheme will mean that the other forgeries can be identified as well. So far, there has not been any doubt cast on the scrolls found in the 1940s.