The Secret Painting Under A da Vinci Masterpiece

Leonardo da Vinci has long been regarded as one of the world’s most innovative designers and most talented painters. His numerous biblical paintings and commissions from the aristocracy of Europe are among the most beloved from the Rennaissance period. Among the few non-religious portraits of women he painted, Lady with an Ermine and the Mona Lisa are known the world over. Now, using X-ray fluorescence (XRF) and other techniques it is possible to look beneath the layers of paintings to see what secrets they hide. In the case of da Vinci’s The Virgin of the Rocks painted around 1495-1508, art historians at the National Gallery in London have used three different types of analysis to reveal the secret painting underneath this da Vinci masterpiece. 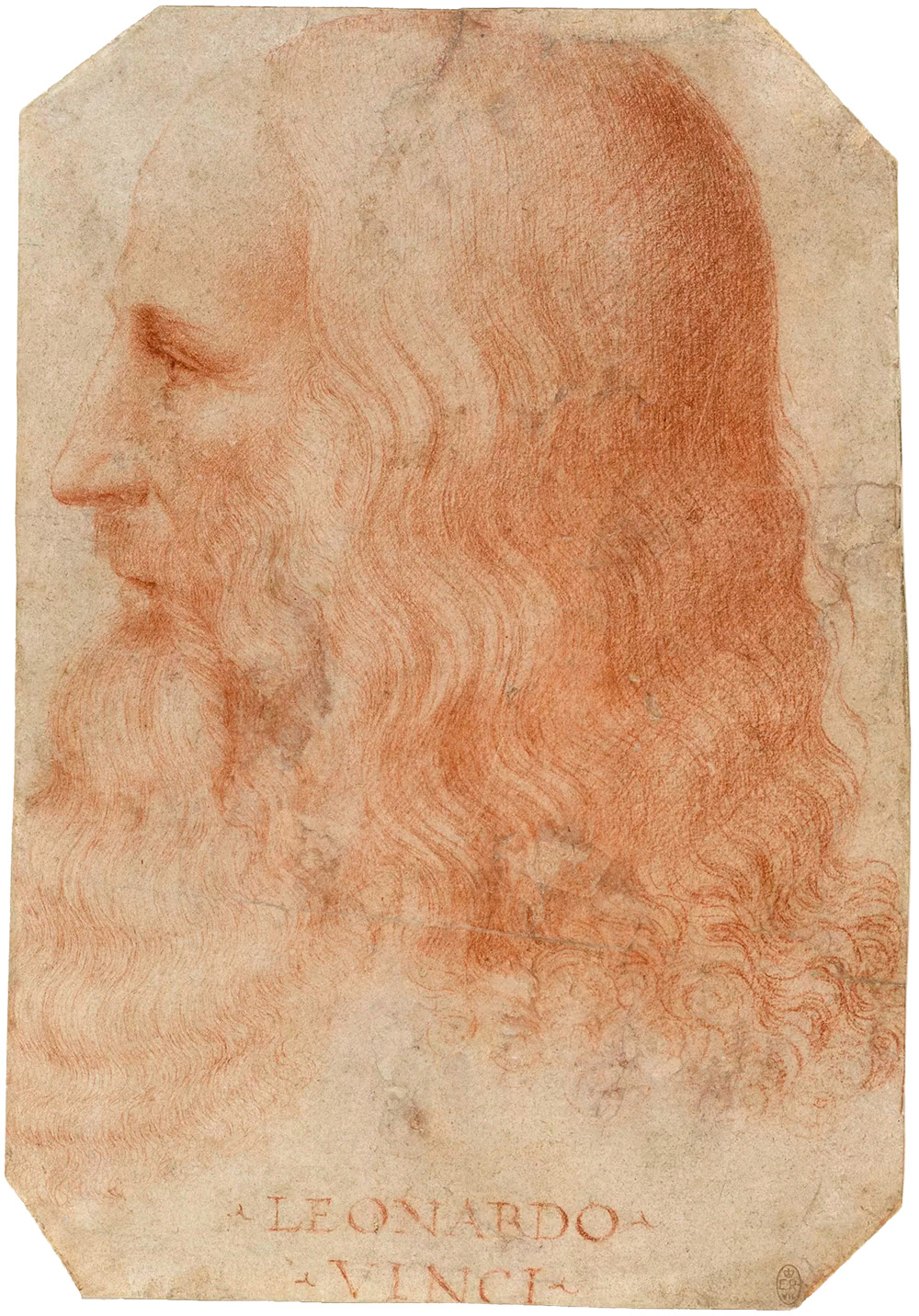 The first time that scientists had proof that there was another painting underneath came in 2005 when the painting was examined using infrared reflectography (IRR). However, the image of what exactly was underneath was not all that clear. 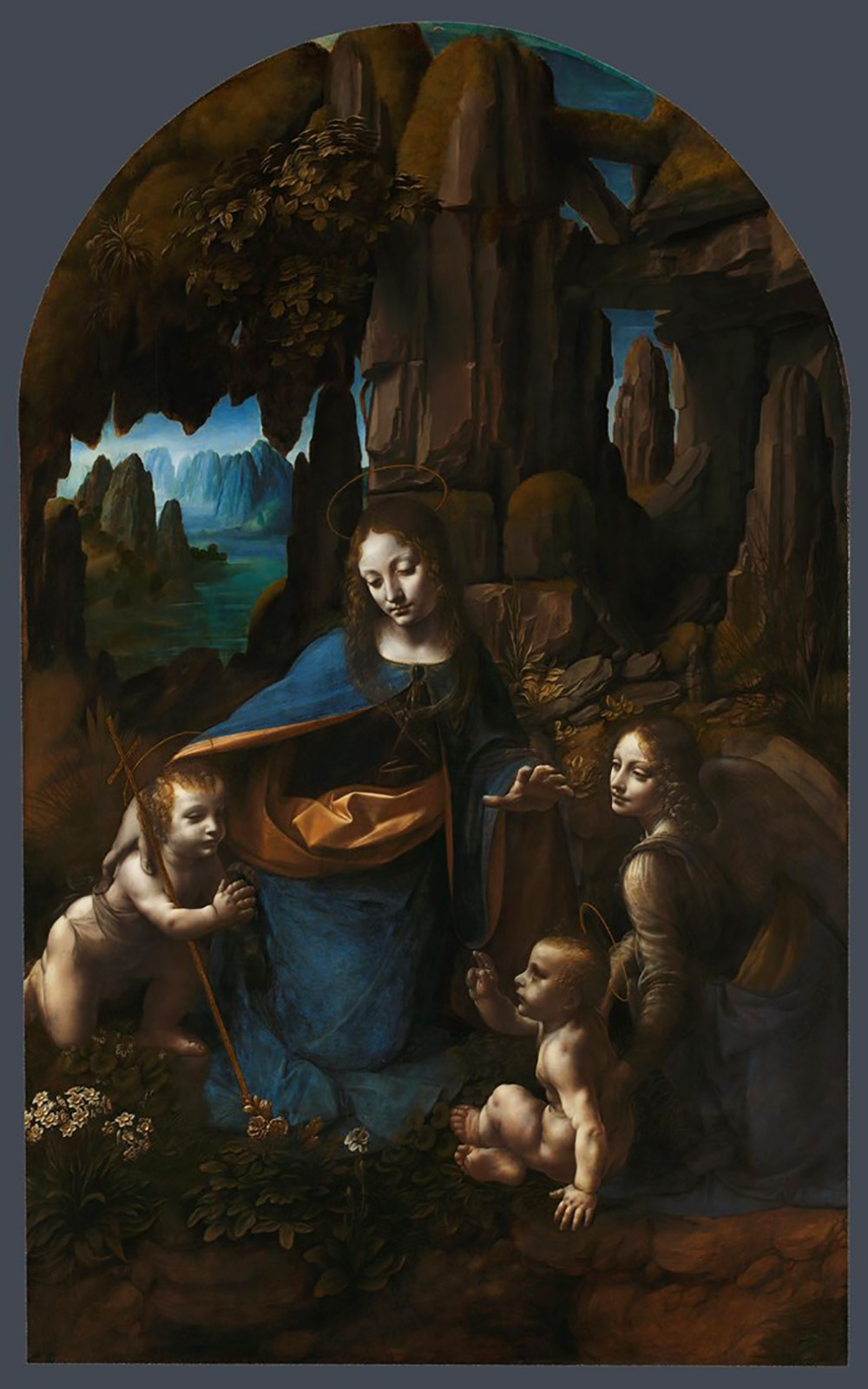 Now the painting has undergone further analysis using macro XRF to gain more detail. The painting depicts the Virgin Mary and the Christ Child, accompanied on the rocky landscape by John the Baptist and an angel. The final version, which is part of the collection of the National Gallery, is the third such rendition. The earliest of these paintings hangs in the Louvre in Paris and was painted around 1483-86. 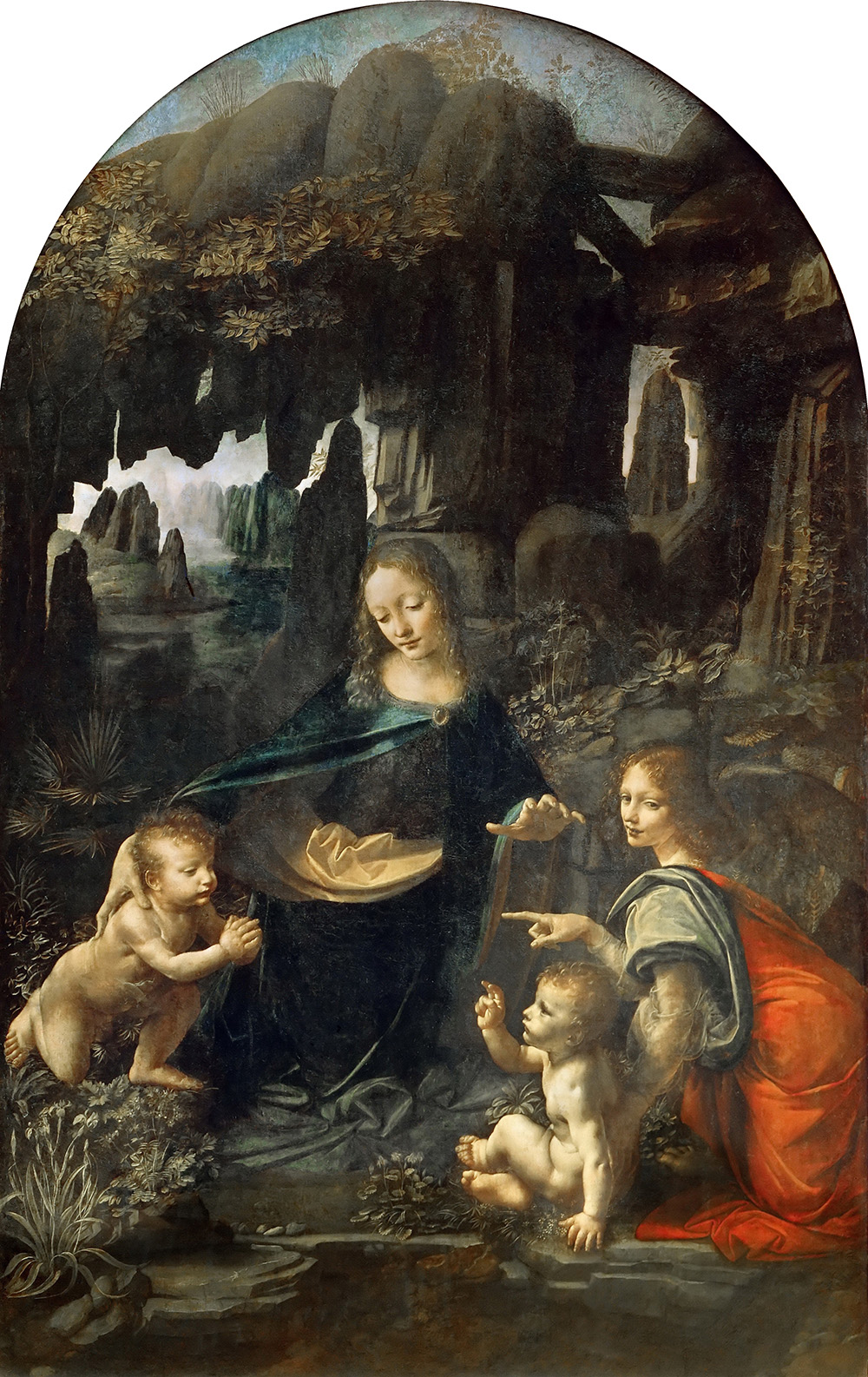 The version of Virgin of the Rocks that is part of the Louvre collection. Via/ Wiki Commons

The next version is the one hidden by the National Gallery final version, lying in secret under all the topmost layers of paint. What’s interesting is that composition of the first and last are quite similar, but the hidden painting now revealed through spectral imaging is quite a different pose for the subjects of the holy scene.

Using multiple types of analysis, scientists now have a clearer image of the rejected arrangement, which shows the angel standing and tightly embracing the figure of a baby. The Virgin Mary in this alternate arrangement has one arm extended and one clutched to her heart. If we compare that to the final version there is a very different mood in the more intimate stance of each party. 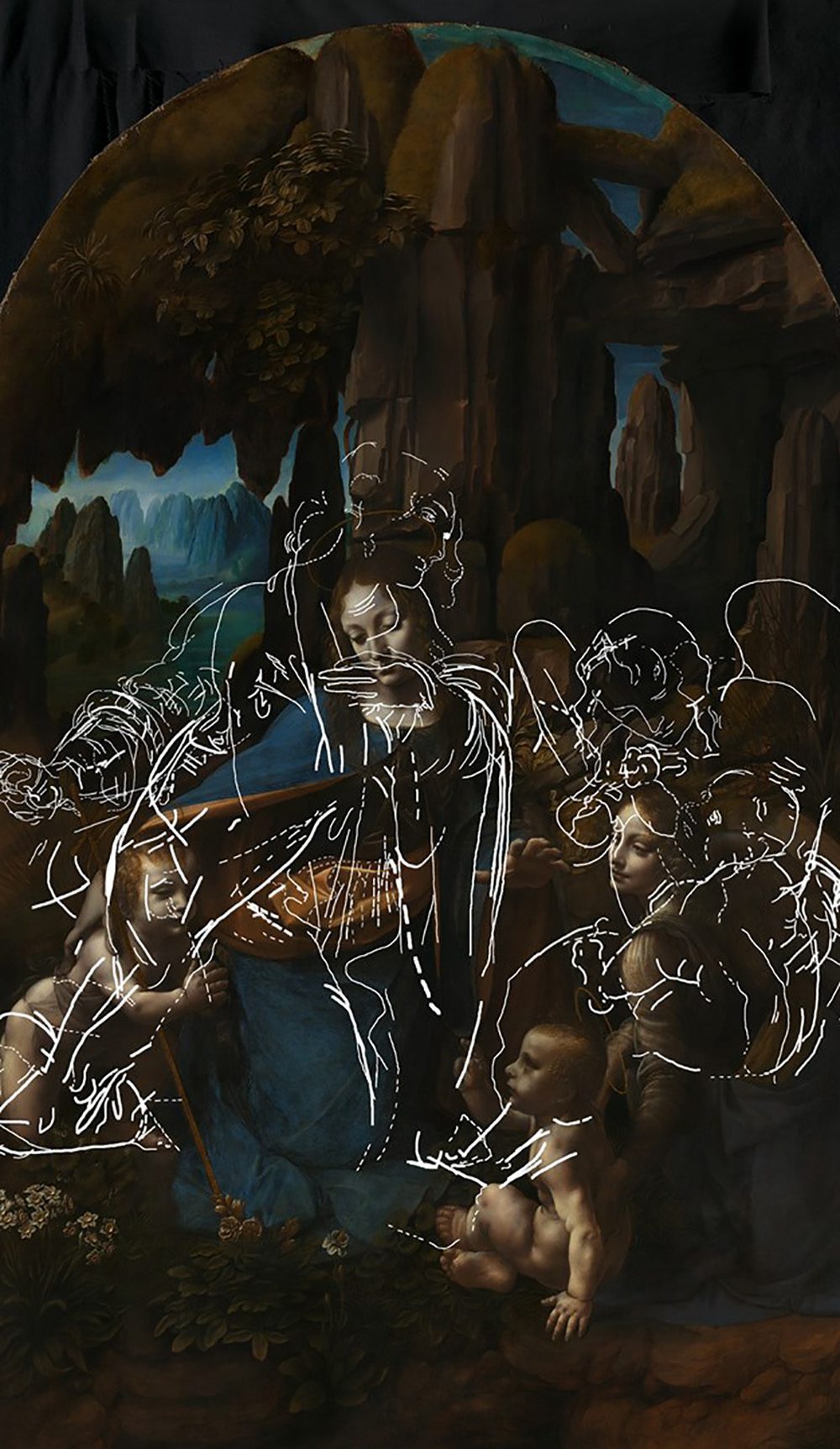 There is a theory that da Vinci’s first interpretation of the painting, now in the Louvre, did not meet with the approval of da Vinci’s client, the Brotherhood of the Immaculate Conception. The work was to be installed in the chapel at San Francesco Grande in Milan (which never happened). If this is true it may be the fluke that enabled the painting to be acquired in the 1500s by the French royal family. The extensive reworking of this scene might be explained by the uncertainty around the first version.

Another interesting element of National Gallery’s The Virgin of the Rocks that was revealed upon further inspection of the painting are handprints on the face of the Virgin Mary, near her left eye. 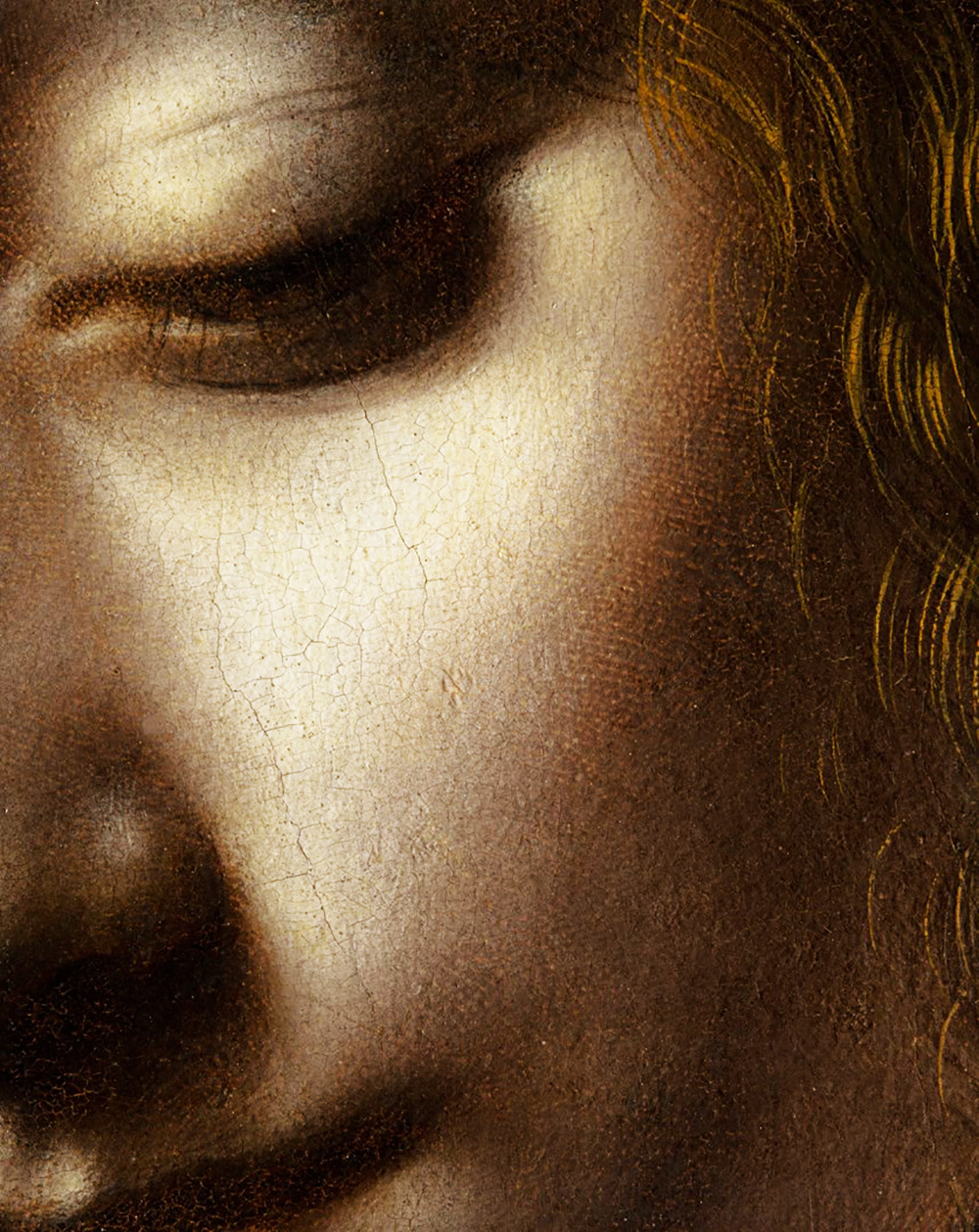 While we will almost certainly never know whose handprints are on the painting, conservators suspect that the prints belong to someone who was smoothing down the primer layer to create a new surface.

The uncommon eye condition which may have given da Vinci his incredible talent: Click “Next Page” below!