Duck And Cover: If You’re From The 1950s, You Will Probably Remember This Film!

Do you remember “duck and cover”? This 1951 social guidance film — funded by Harry Truman’s Federal Civil Defense Administration — shows images of school children obediently taking refuge under their desks. This was part of the safety drills that were normal in the USA during the height of the cold war. In another scene, a wholesome game of catch is disrupted by an air raid siren, which prompts the kids to drop everything and head for their bomb shelters. 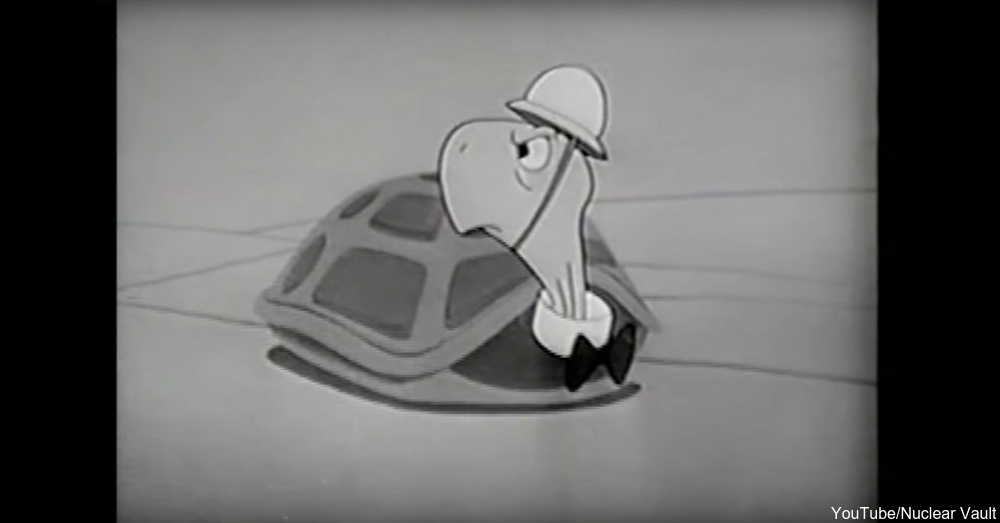 These images are accompanied by animated sequences, many of which feature “Bert The Turtle.” Whenever Bert senses that danger is near, he does his own version of “duck and cover” by curling up into his shell.

The mix of the light-hearted alongside the morbid in this film is surreal. Nonetheless, it offers a glimpse into the reality of life that most baby boomers remember well. “Duck and Cover” was added to the National Film Registry in 2004.

Continue the journey into the past and have a look at these other historical relics that marked the formative years of baby boomers.