Weddings in Pittsburgh Aren’t Complete Without a Cookie Table

If you grew up on the East Coast then you might already know about cookie tables. If not, then they might be a total mystery to you. But, in certain parts of the U.S. cookie tables, filled with every type of cookie one could imagine, are a fixture at weddings, serving up tradition as well as treats. But, how did this tradition get started? The answer goes back to immigrant communities in the 1930s. 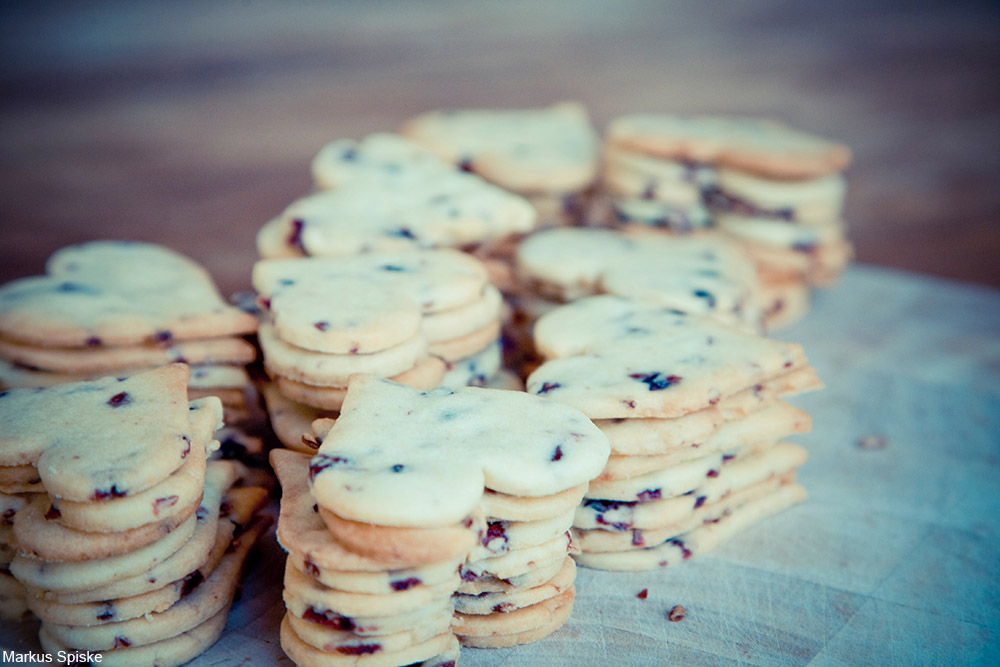 During the Great Depression many families made adjustments to the their routines for the sake of the finances. Groceries were bought with more care and recipes were adapted to stretch just a little bit further than they had before. It is said that one of the compromises of the era was to serve cookies instead of cakes at wedding receptions.

Cookies could be made ahead of time and could keep longer than cakes. They also usually required only plain pans to make and were overall cheaper to produce. Immigrant communities in Pittsburgh particularly took to the custom, with Italian, Greek, Polish, and Eastern European families engaging in this wedding tradition. 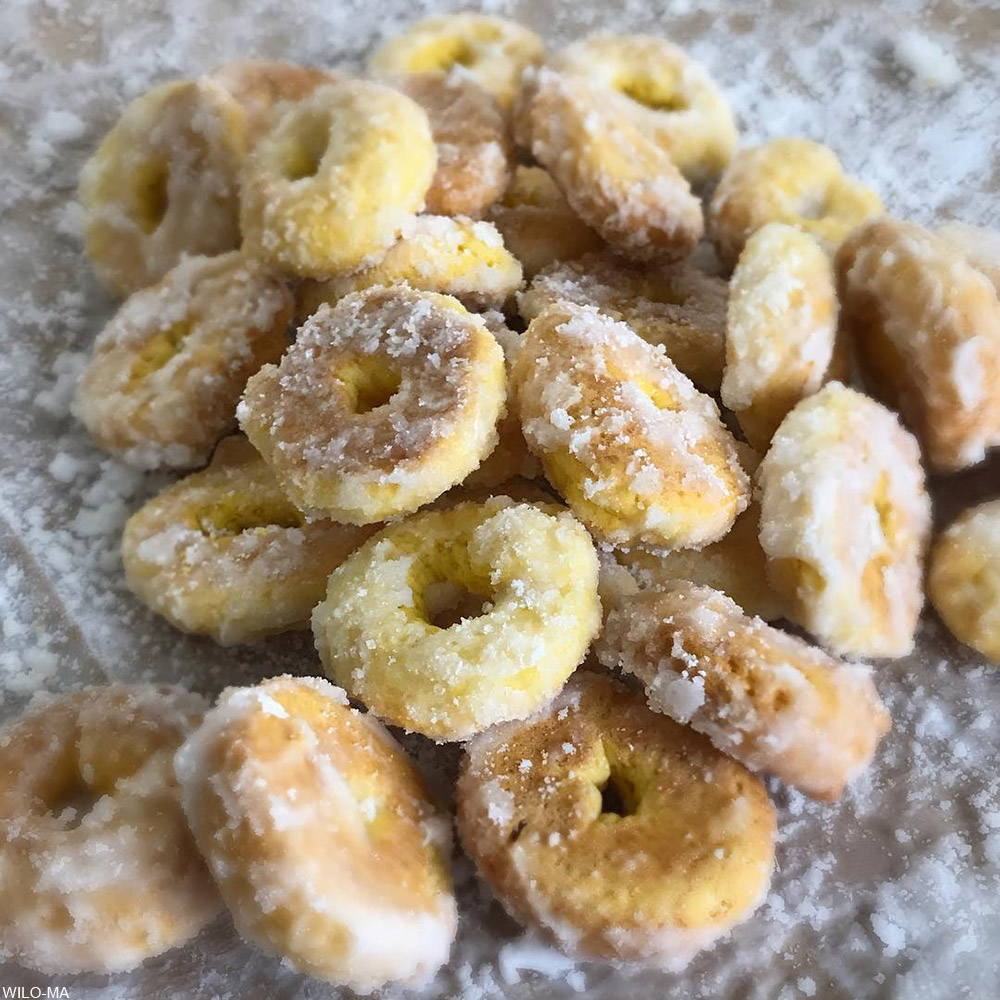 It fell to the women of the family to make dozens of cookies in the days leading up to the wedding, resulting in a huge variety of cookies for the wedding guests- everything from shortbread to chocolate chip to peanut butter cookies. The cookie table usually also includes traditional cookies from the Old World.

With the hits in income local families faced during the 1930s, their best solution was to marry off their kids as quickly as possible. This is thought to have led to a lot of rush weddings done on the cheap, but still celebrated heartily with receptions that fed many people. 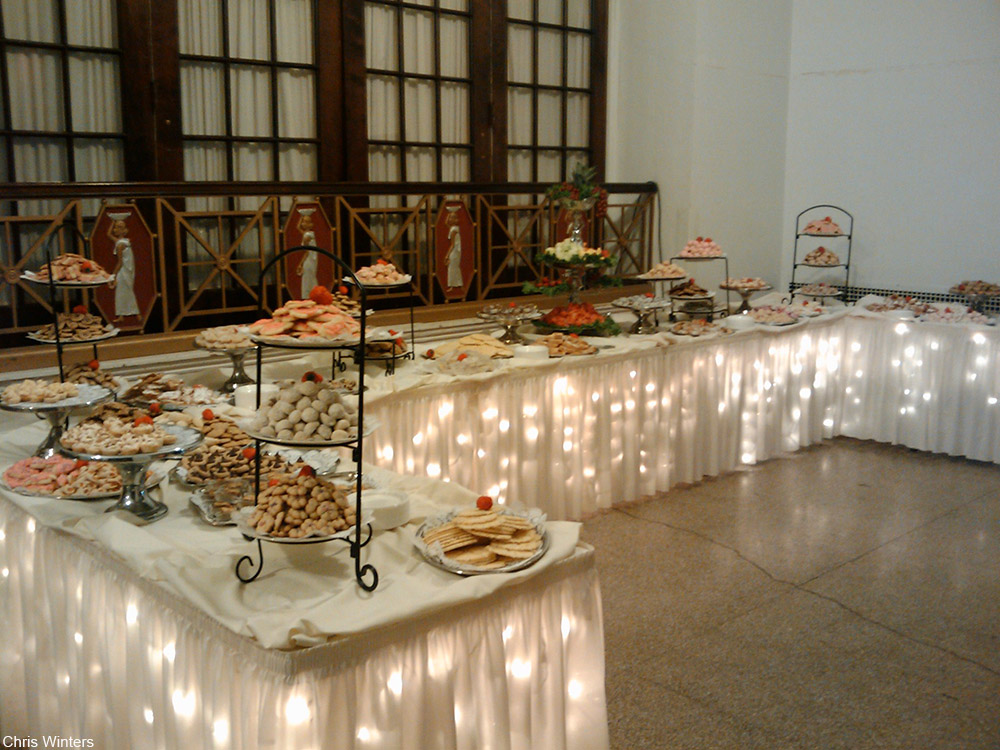 The cookie table started out as a tradition in many Catholic families, but has now become a part of Pittsburgh history for people of a variety of faiths. And, it isn’t only in Pittsburgh where the cookie table prevails at weddings. The cookie table has been known in Virginia, Ohio, New York, New Jersey, and Delaware as well.

Today many wedding receptions that feature cookie tables also feature the more familiar tiered wedding cakes, though the latter is much less popular with guests in Pittsburgh. Some families will also opt to have the cookies delivered from a beloved bakery instead of making them from scratch at home, particularly if there is a large number of guests. 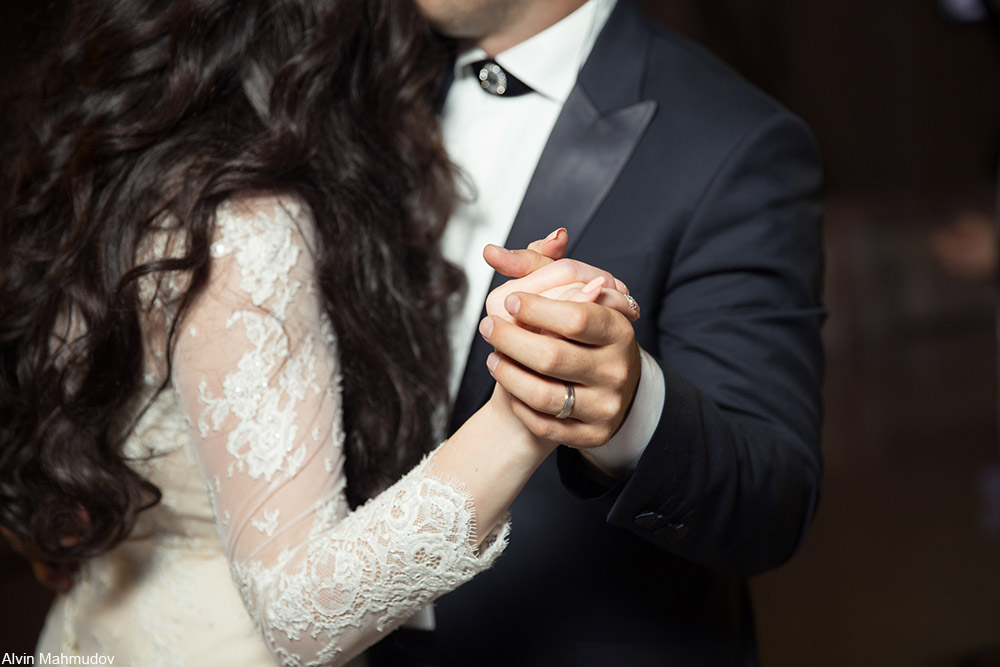 At some wedding receptions small bags are situated on the cookie table so that guests may help themselves to a sweet party favor on the way out. Talk about hospitality! No wonder the cookie table is so popular in certain parts of the U.S.