Huguette Marcelle Clark was born in 1906 into a wealthy family. Her father, the wild-eyed William Clark, had made his fortunes in copper mining, banking, and railroads. William and his family soon moved into an opulent mansion on 5th Avenue in New York. To give a sense of the vast fortunes we are talking about here the Clark House was rumored in 1910 to have cost him $7M which would be around $184M in today’s cash. It was demolished in 1927. However much she had been born into a family of unfathomable wealth and prestige, Huguette would go on to suffer from extreme paranoia and isolation, something which continued until her death. 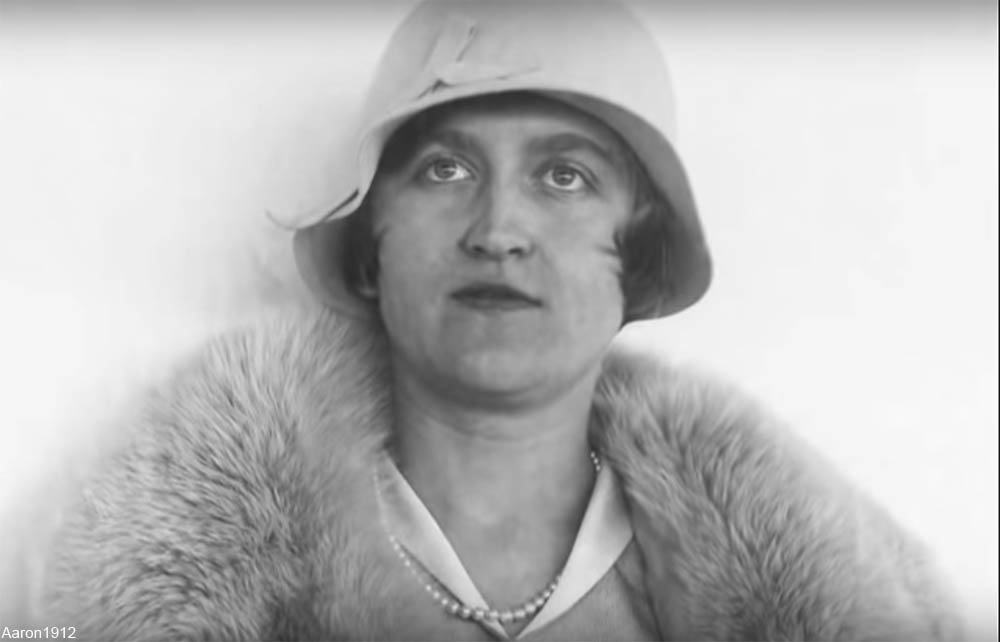 Huguette lost her older sister, Andrée, in 1919 to meningitis. Her feelings of sadness were compounded when her father died in 1925 and she and her mother moved to California. 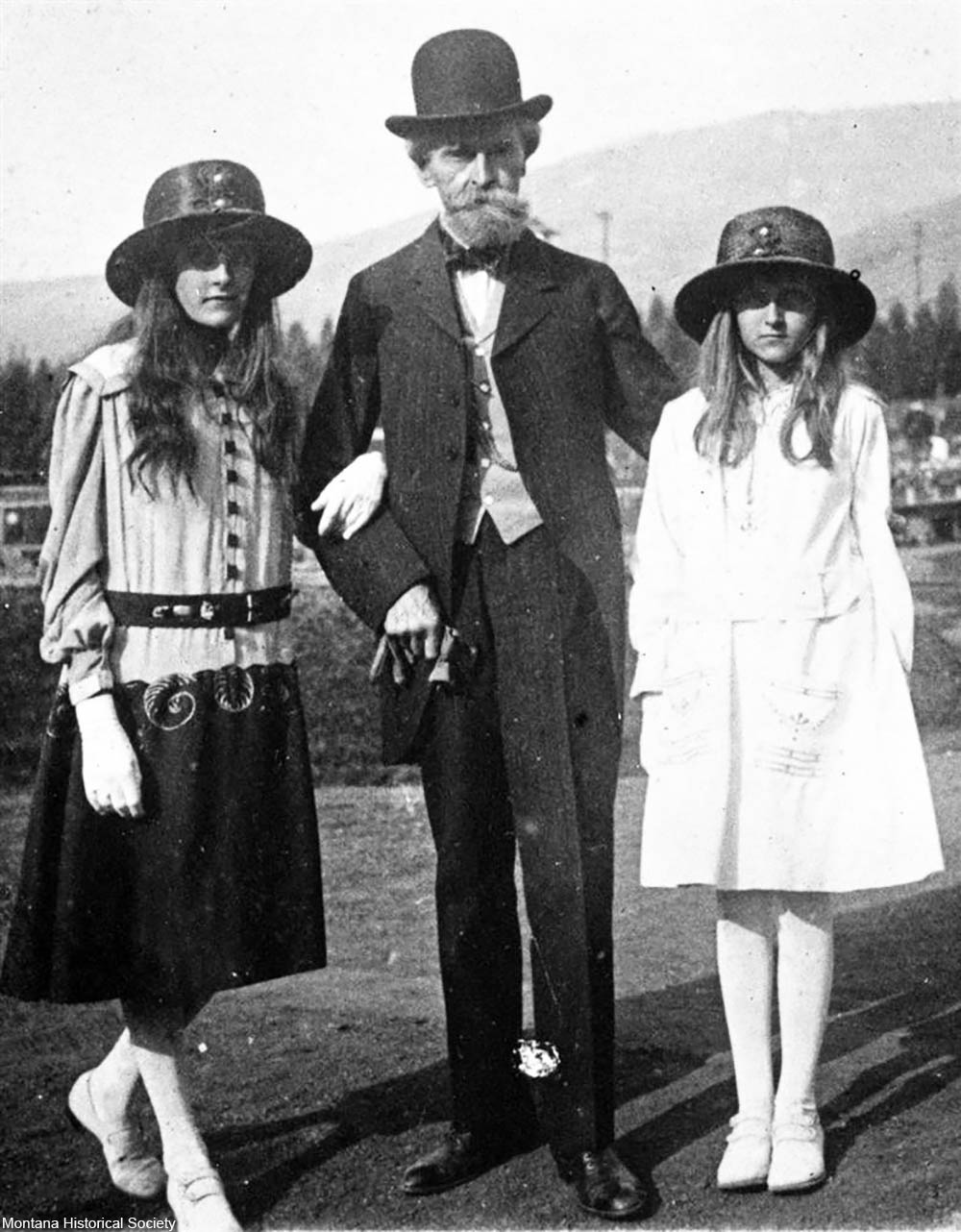 Andrée, William, and Huguette Clark in 1917. Via/ Wiki Commons

Then in 1928 she married William MacDonald Gower, a relationship which only lasted one year before their separation and eventual divorce in 1930. The newspapers had a field day with the sad heiress schtick, particularly as the Great Depression impoverished millions, and they criticized her every move. From that time on, her relationships and publicity dwindled to nearly nothing. 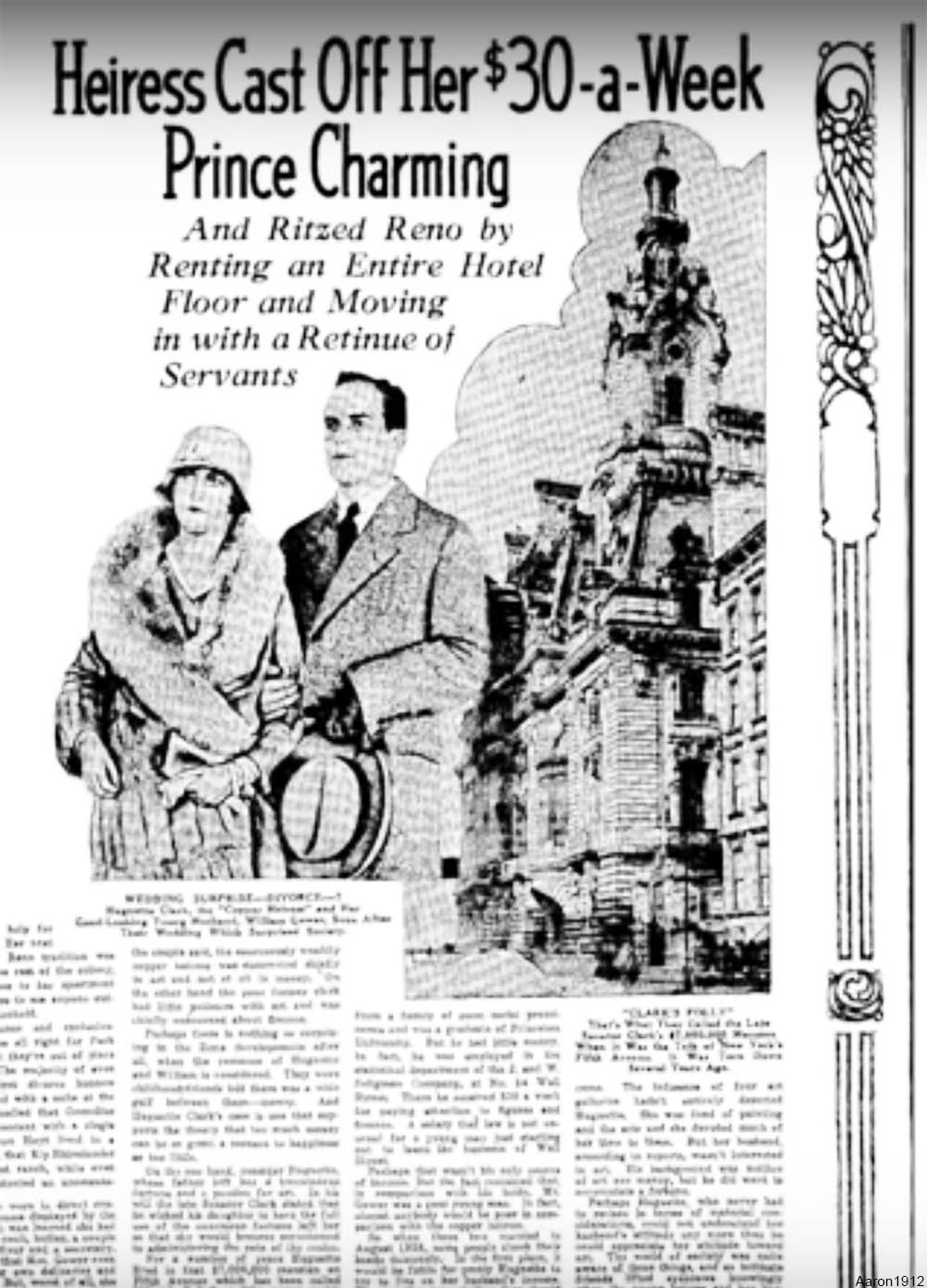 The last known photograph of Huguette to be made public was taken in 1930 and from then on her life took on a strange pattern. Huguette lived with her mother at their Bellosguardo Estate in Santa Barbara, CA, in isolation until 1963, when Anna Clark died.

Huguette became highly paranoid of her friends and family, fearing fortune hunters meant her harm. On the other hand, she lavished gifts upon people she hardly knew. She acquired three stately homes through inheritance and purchase, each filled with a stunning array of art, antiques, and sumptuous decor including a 14-foot tapestry from the 16th century. Huguette also had a doll collection worth $2M, complete with a host of dollhouses. However, the opulence of her homes was no draw to her later in life when she refused to set foot in any of them.

For the last 20 years of her life, Huguette lived in a hospital room at Beth Israel Medical Center under the alias of Harriett Chase. While she was living there her three impeccably manicured mansions sat empty, still being cared for by her extensive staff.

This came out in 2010, about a year before her death at age 104. By this time, some of the valuable contents of the home had been pilfered, including a Degas painting, Dancer Making Points, which she had purchased sometime before 1955. She reported the painting stolen, but asked the FBI to call off the hunt for it in 1992 citing her ever increasing lack of privacy as the main reason. 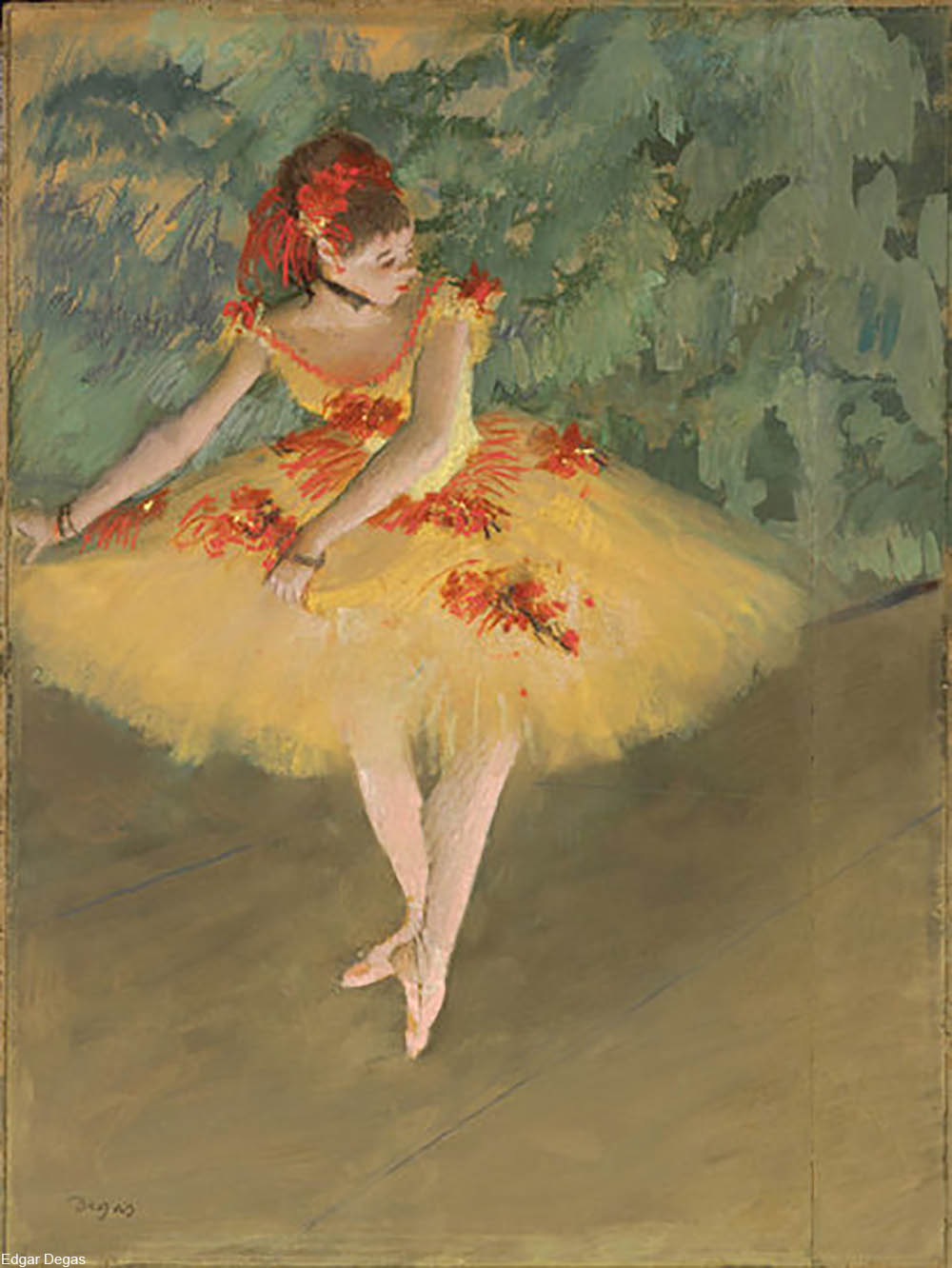 The Degas painting that was removed from Hugeutte’s collection sometime before it was sold to Henry Bloch of H & R Block. Via/ Wiki Commons

In addition her nurse had been left the hefty sum of $30M, an amount which was later contested by her family members. 4 out of her 8 siblings lived into adulthood, but Huguette never married again and had no natural heirs. The nurse’s inheritance was later recalled and she paid back part of the money which had been gifted to her during Huguette’s lifetime. In the end much of her fortunes went to charity (around $300M), while her distant relatives only received $34M between them.

Despite her unpredictable behavior, Huguette was an aspiring photographer and her biannual self-portraits are some of the most recent photos taken of her.

Her Bellosguardo mansion in Santa Barbara was left to the Bellosguardo Foundation which now cares for it. The sprawling grounds are set to become the site of various arts events and tours. And, the nearby wild bird sanctuary, named for her favorite sister in 1930, also received funds. 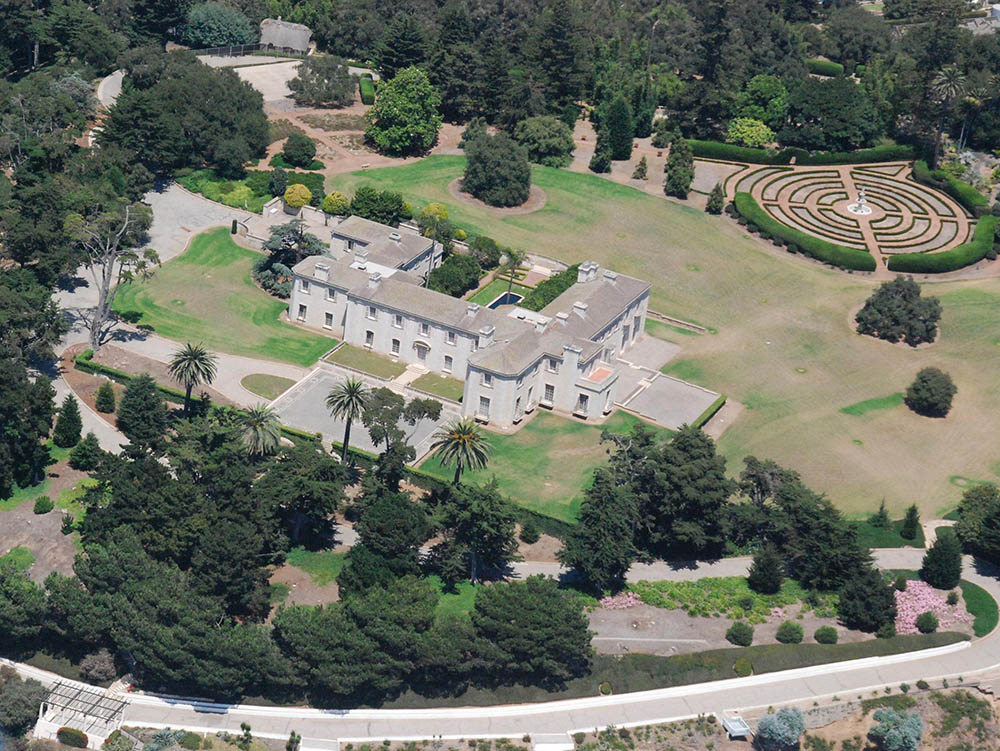 The other properties have long since been processed according to her will, one in Le Beau Château, Connecticut, was sold after death for $14.3M. The other was her noted 5th Avenue Apartment which spanned 3 floors and 42 rooms where she lived from the 1960s until her hospitalization. It sold for $55M.

In 2014 the confusing and twisted world of Huguette was revealed in the book, Empty Mansions, by Bill Dedman and Paul Clark Newell Jr. (the latter of which was a relative who actually spoke with Huguette over the years). 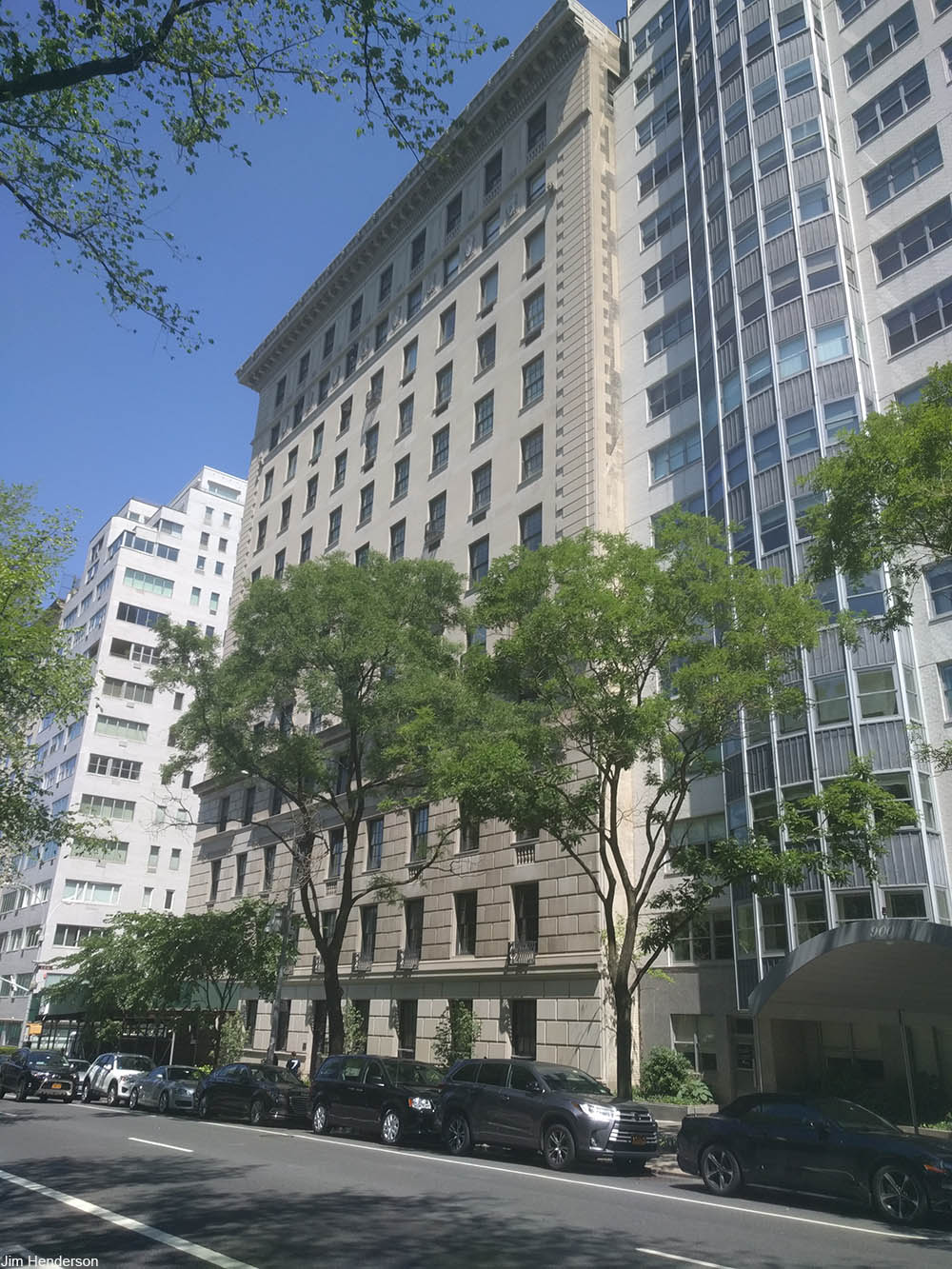 Have a look at the life of the incredibly troubled heiress in the video below.