The Hoarding Brothers Who Were Killed By Their Possessions

There are so many types of collectors out there, from the sparse to the densely-packed home. However, there comes a point where collecting crosses a line and becomes destructive if the collector cannot limit their possessions. The problem with hoarding is that it often starts out as collecting, making the process of getting rid of objects much more difficult. With modern TV shows like Hoarders and Hoarding: Buried Alive, the public today is all too aware of the problem. But, back in the old days, it wasn’t at all well-understood, leading to problems like the Collyer brothers faced, and it cost them their lives. 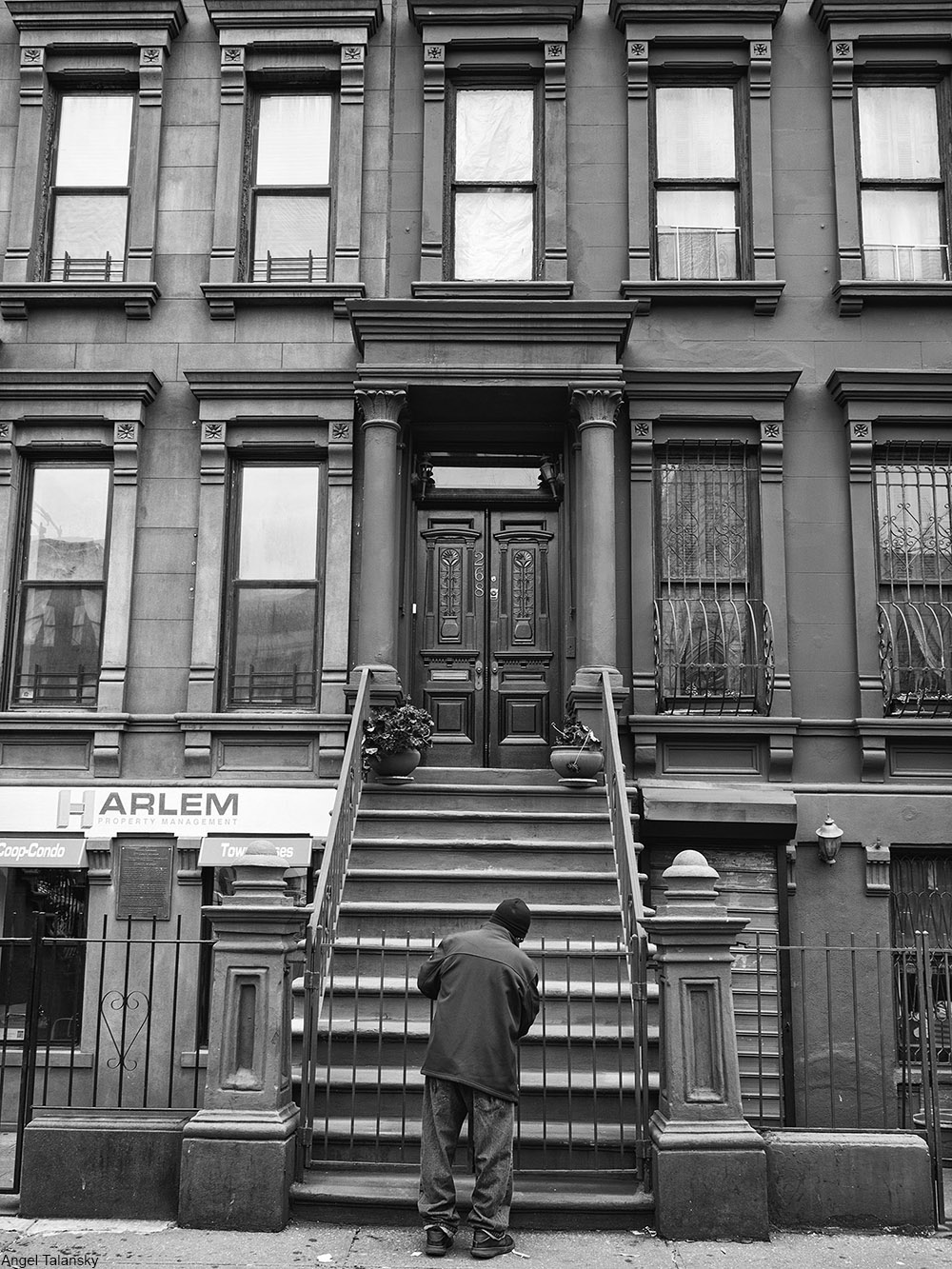 The Collyers were born into a family whose fortunes increased rather quickly. Brothers Homer Lusk and Langley Wakeman Collyer were living in a tenement house with their parents while their father, Herman Livingstone Collyer, interned as a gynecologist at the Bellevue Hospital in New York City in the late 1800s. However, by the time their father was a practicing physician, the family had moved to a brownstone in Harlem, then an upscale neighborhood of elegant townhouses. By 1919 Dr. and Mrs. Collyer had separated, and the boy’s father moved out.

Homer and Langley chose to stay with their mother at the Harlem brownstone, despite being all grown up. Their strong attachment to their parents, who by all accounts were themselves quite eccentric, meant that when their father died in 1923 and left them all his possessions and medical paraphernalia (including thousands of medical books), the brothers took all of it into their home. When their mother died in 1929, the brothers again kept pretty much everything she owned. By that point the house was getting rather full and the Collyers had lived there for 20 years- plenty of time to accumulate their own hoards. 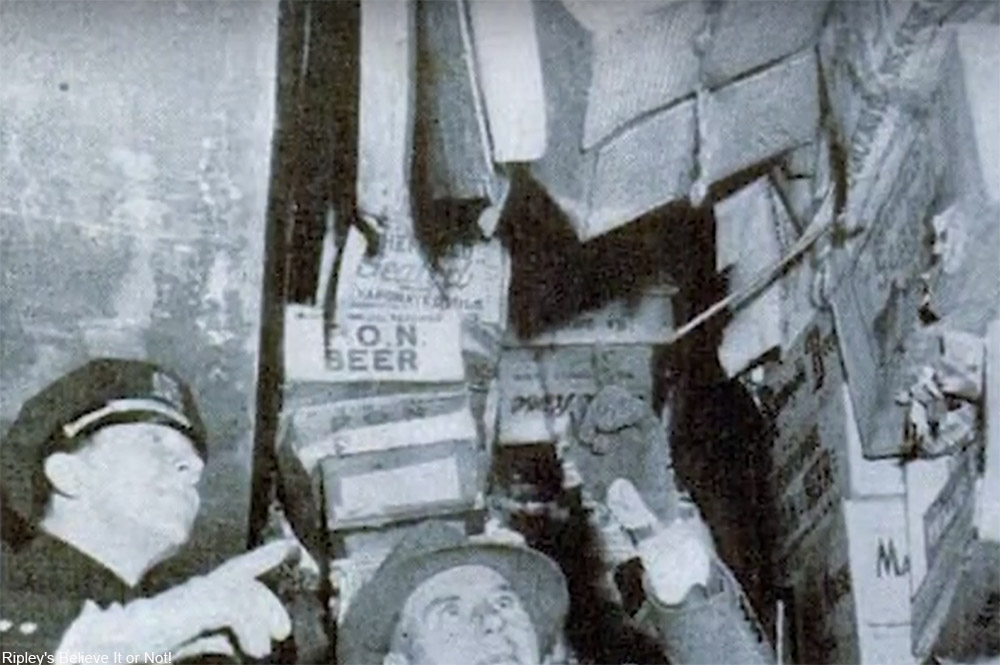 Homer had obtained his university degree in admiralty law, while Langley earned his in engineering and chemistry, both from Columbia University. Langley was also a layman of the Trinity Church and also a skilled pianist. Homer worked in law until his eyesight failed him starting in the early 1930s.

However accomplished both brothers seemed on paper, neither had ever lived on their own. This unusual arrangement led to an increasing dependency upon each brother. When Langley’s eyesight became severely impacted by ocular hemorrhages, Homer actually quit his job in order to take care of his brother.

During the Great Depression, the makeup and income of the neighborhood of Harlem was changing. Decreased property values and widespread unemployment led to a shift in who lived there and this scared the Collyer brothers, who found the working class African Americans then moving to Harlem to be frightening. 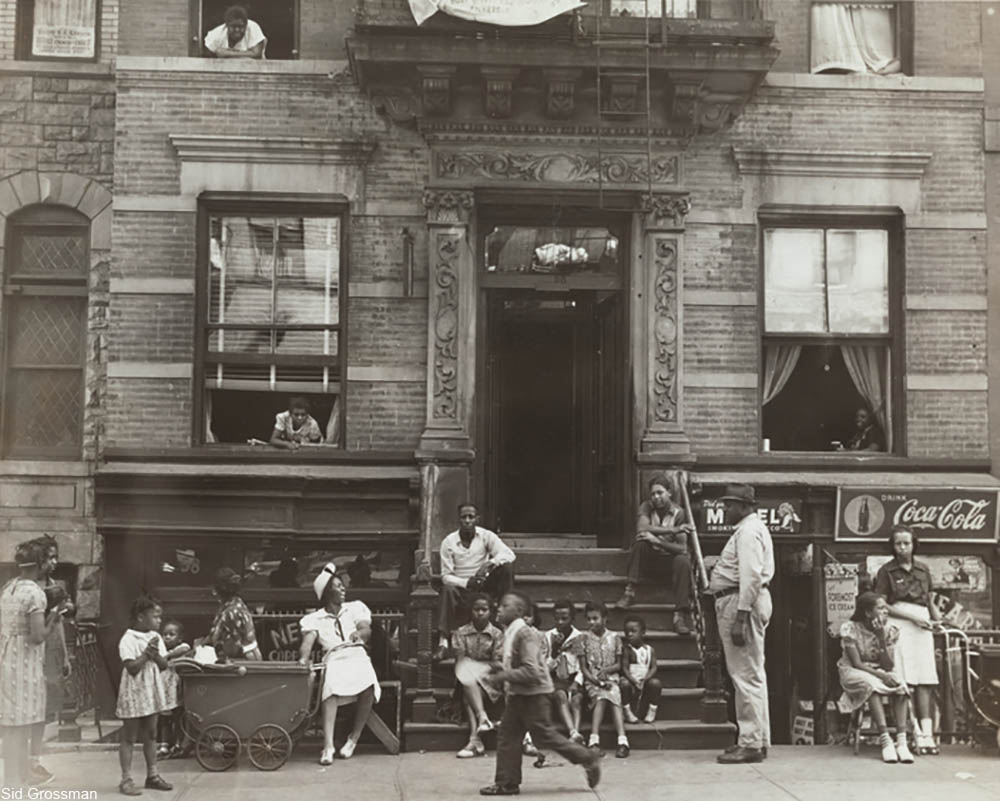 Harlem during the Great Depression. Via/ NYPL Digital Collections

The brothers’ own lack of work, dependency on one another, and their fear of the changing world led them to stay indoors and the two became reclusive. As wealthy Caucasians in an increasingly Black Harlem, the two felt endangered in their own home, and boarded up the windows to prevent children throwing rocks through them.

Around this time the brothers began hoarding a variety of objects which were of no use to them, in addition to the rest of the family’s possessions. For a period of about ten years, little was heard of the Collyers until police were called to the home on March 21, 1947 with reports of a dead body inside. Once in the home, it took police hours to find the body of Homer, although the coroner suspected he had died only 10 hours before. It certainly wasn’t enough time for the smell of death to become noticeable to those outside, which was the basis for the informant who called the police to the home in the first place. 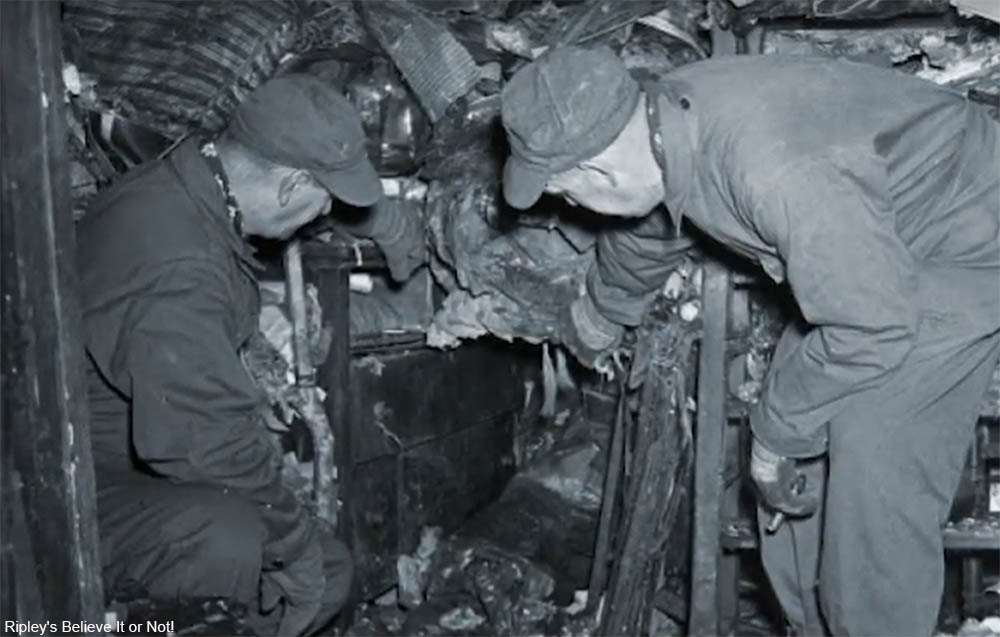 Langley was nowhere to be found and some speculated that he had left his brother and skipped town. However, police found his body on April 8, 1947, just 10 feet from his where his brother had been found. The piles of garbage and newspapers were so dense that police could scarcely navigate the house at all.

When the interior was cleared they found everything from baby carriages to preserved human internal organs to broken umbrellas tied together for no apparent reason. There were also 14 grand pianos and the chassis of a car in the home! In all, 120 tons of trash was removed from the home. The spectacle drew crowds as hoarding on this scale was shock to most people in the city.

This wasn’t the first time the house had become a spectacle- in 1938 the city forcibly removed the gas meters amidst the crowds of neighbor catching a glimpse of Langley when he stepped outside. The water, phone, gas, and electricity had been shut off years by that point and Langley reportedly hauled their water from a public tap nearby. 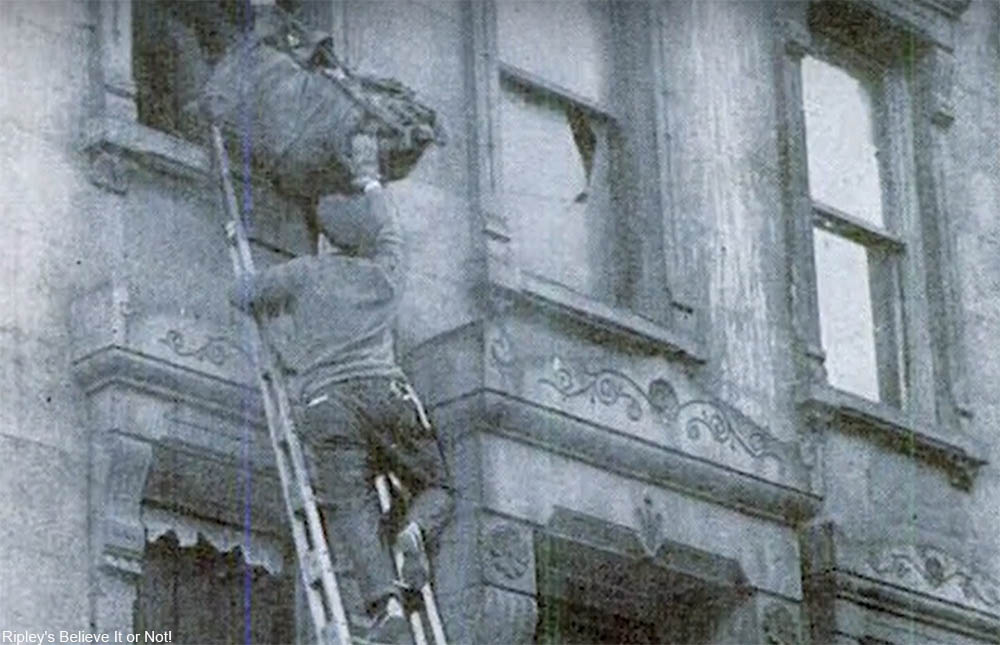 The scene was further hindered by a series of booby traps that Langley had created to prevent intruders from moving freely around the home. It was one of these traps caused Langley’s death, as he died from suffocation. He died before his brother, who passed away from starvation afterwards since he was pretty much paralyzed by rheumatism and from a previous stroke. The smell of decomposition had come from Langley’s death and it was later suspected that he died as early as March 9th, 1947, more than a week before his brother passed away. 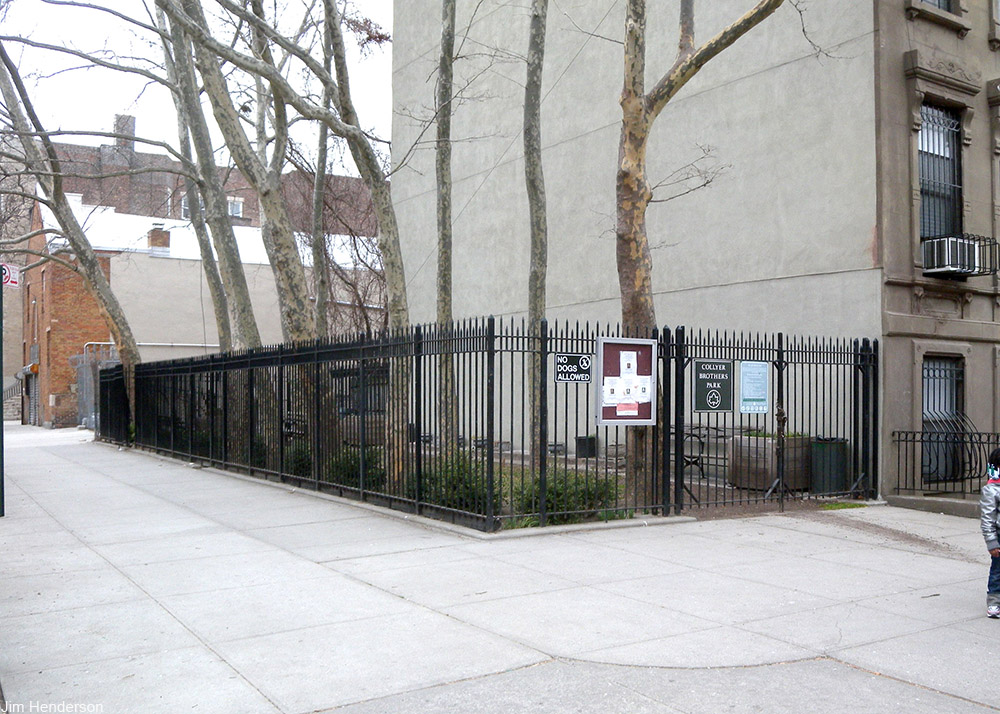 The Collyer’s house was torn down later in 1947 and the estate of the two brothers, totaling an equivalent to more than $1M in today’s money, was divided among distant cousins and relatives. Today, the site where their brownstone stood is now a public park, named for the brothers who tragically met their end at the site.