The Reason Why So Many Civil War Soldiers Dyed Their Hair

The Civil War, changed the U.S. in so many ways. Beyond the final outcome and the abolishment of slavery, the actual war itself was full of technical innovations that altered the future of the country. One such breakthrough was the creation of an instant coffee drink for the Union Army, ready for travel and complete with powdered milk and sugar to add flavor. Another innovation was the widespread use of photography. Not only was this the first war that could be documented for posterity via photos, but it was the first time that an influx of working class men had their photos taken. 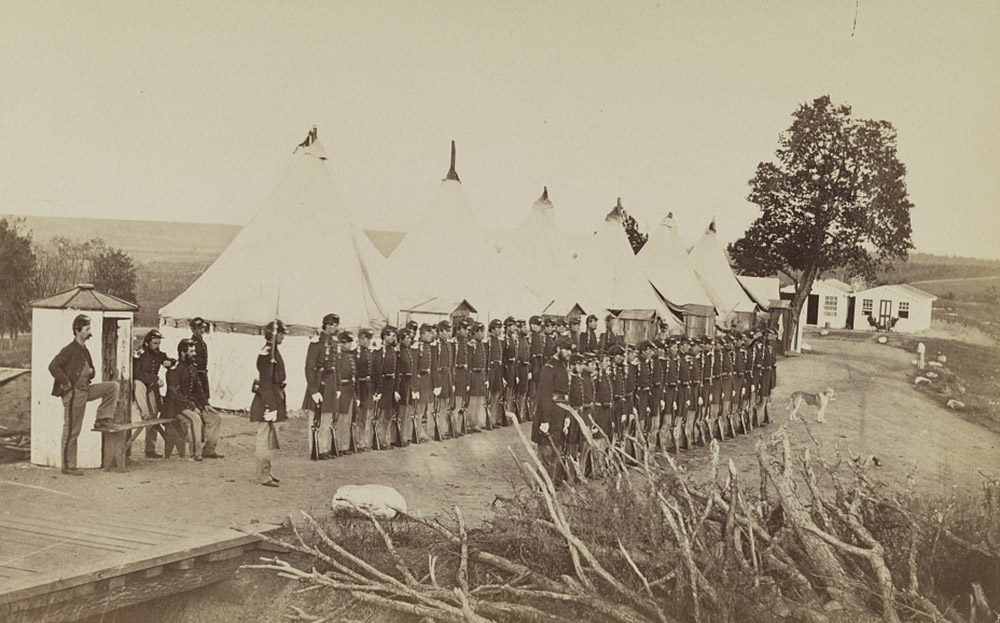 Archaeology at the Union Army’s Camp Nelson convalescence site in Jessamine County, Kentucky, has found much evidence of how Civil War soldiers lived. On the site were hundreds of buildings and tents- for holding prisoners, for recuperation, and for buying and selling. And, there was plenty of evidence of photographers working on the site.

Camp Nelson was also an important site for African American soldiers and for escaped slaves. Being in Kentucky, it was seen as a safe haven for those running from slaveholders and was locally accessible. Many who fled hoped to secure their freedom starting with Camp Nelson. 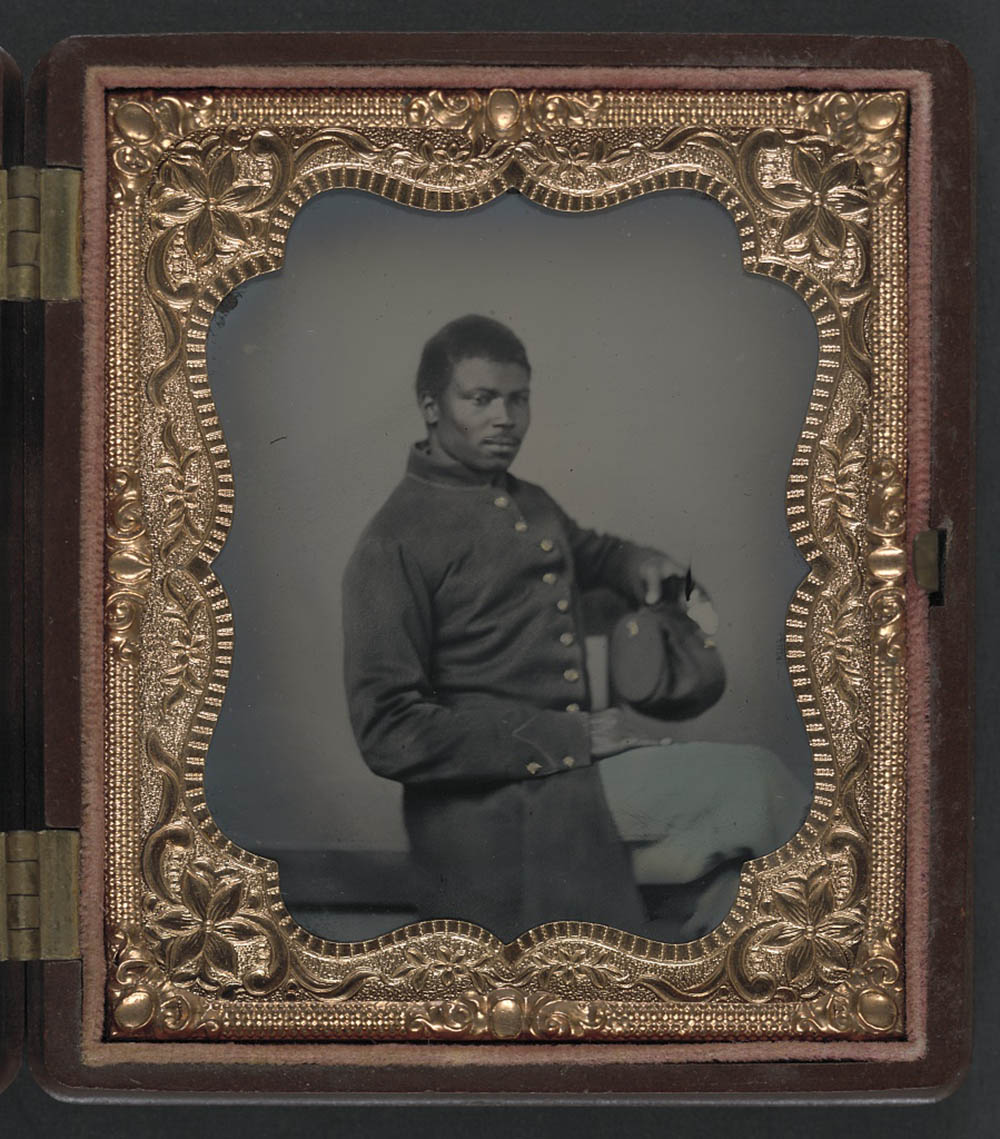 The camp was built first as a supply depot, but morphed into a training ground and refugee center for the wives and children of escaped slaves now in training to become soldiers. 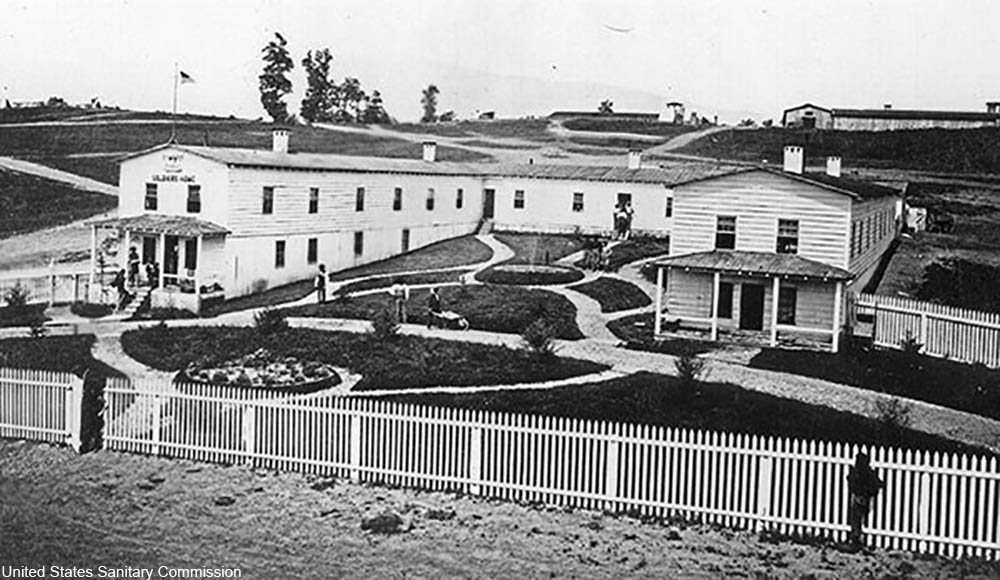 Among the many finds that have recently been unearthed there are the remnants of the photography studio of C.J. Young. Glass plates with his stamp etched on them were found at the site, along with other photography supplies. Evidence of 3 other makeshift photography studios were also found at Camp Nelson.

At the time, it was the norm for servicemen heading to war (and sometimes returning and grateful to be alive) to have their photos taken in uniform. This was true for both Union and Confederate soldiers. Despite the great expense, for many families it was the only record they might have in case he died and the photos were a precious commodity. It might the thing that a soldier’s mother or wife or sweetheart carried with them to keep the soldier in their thoughts during the war.

In the worst case scenario, if a soldier never returned, at least the family would have an image to remember him by. This made photographers synonymous with soldiers during the Civil War.

Among the bottles of chemicals needed for developing the photographs found at the Camp Nelson site, there were also some more unusual bottles found. What were at first thought to be broken medicine bottles turned out to be much more interesting. Across the camp were scattered small bottles of hair dye!

In the 19th century most hair dye was not a 2-step process which permanently altered the hair strand. Instead, hair treatments were made from ink or pigment and had to be applied often to cover grey hairs. This was usually the type of dye to run if one got caught in the rain. However, when posing for a sepia photograph, dye like this was perfectly acceptable. 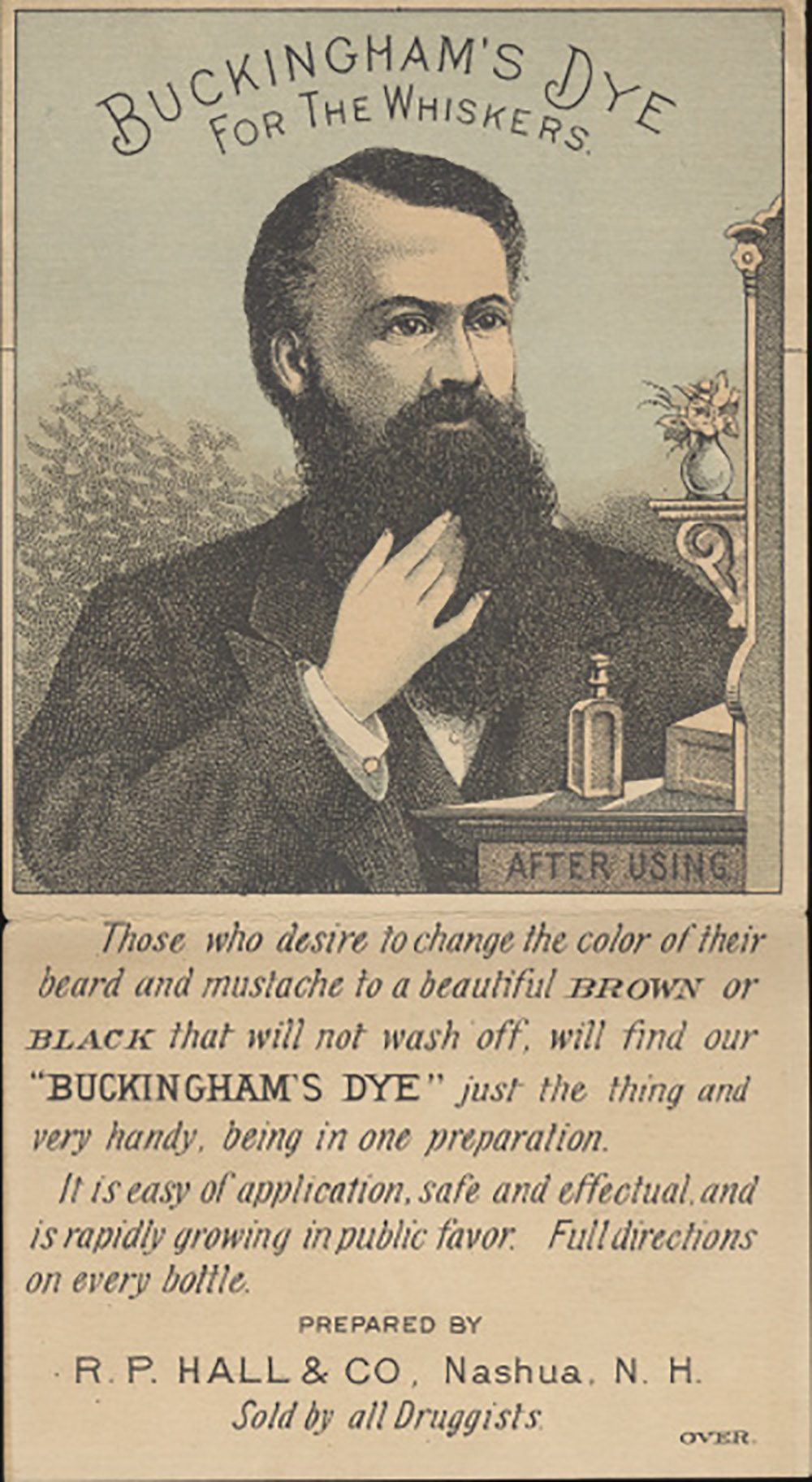 Because photographs were so important, soldiers wanted to be remembered in the best possible light. According to Stephen McBride, archaeologist and director of interpretation at Camp Nelson, the process of black and white photography had a lot of limits, one of which was that if one had a red or blonde coif (or beard), it sometimes appeared white or grey in photos and could incidentally age the subject.

While this type of effect could be tinted or corrected post-production, that type of service would have been expensive and hard to manage without a fully equipped studio. Instead it was much easier to simply dye one’s hair before sitting for the photo. Much like how early movies required skilled makeup application to compensate for issues with the film, Civil War photography also presented a number of challenges. 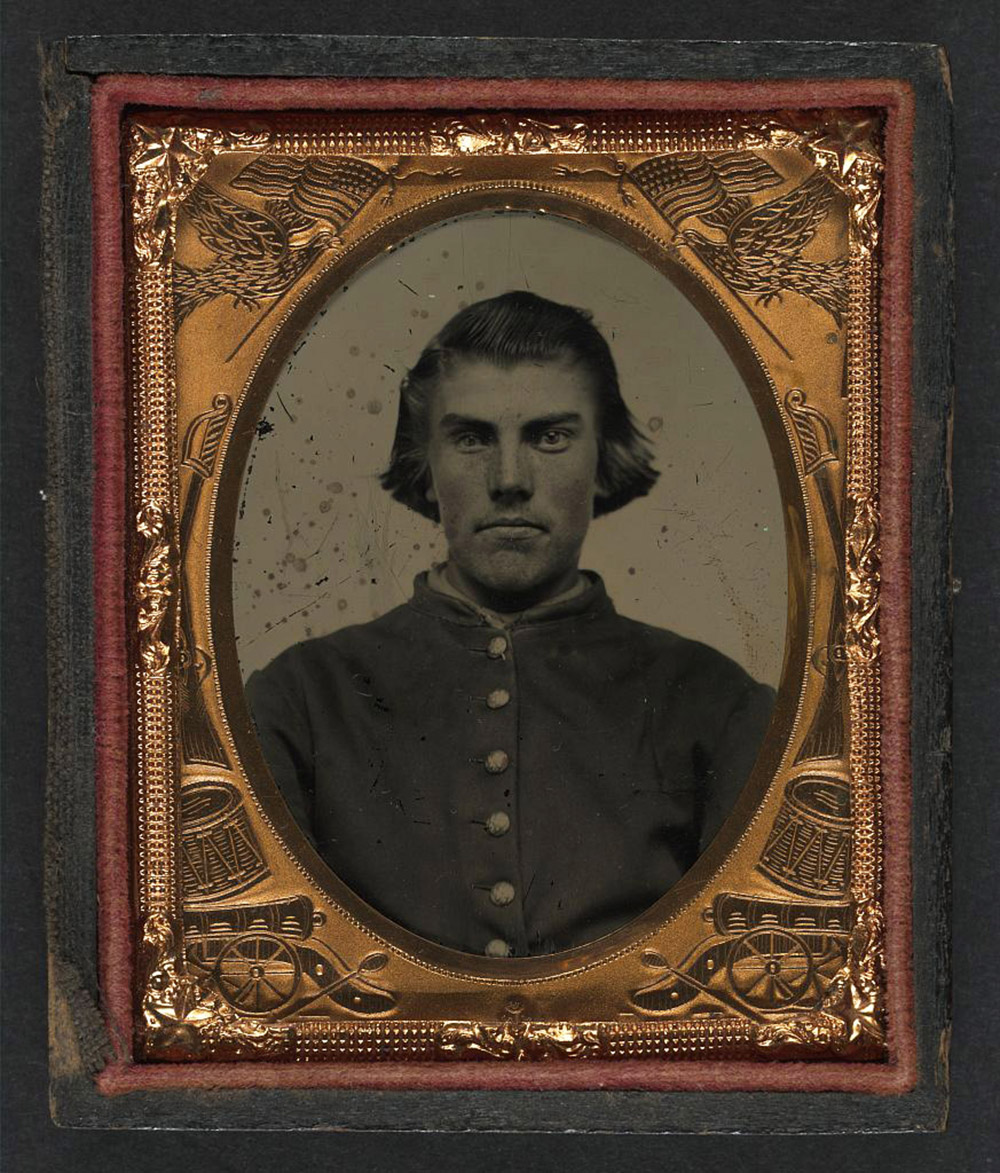 It might seem vain to some, but if this was to be the only photo ever taken of a man, he wanted to look darn good for it! It’s hard to imagine only taking one photo per lifetime in today’s world of selfies and social media, but it was very special thing back then and one that meant special attention was paid to how one looked.