Hoard of Ancient Coins Found in England By Amateur Detectorists

In the Chew Valley located in North Somerset, England, a couple of amateur metal detectorists recently unearthed a trove of coins that date back about 1,000 years. The coins, numbering in the thousands, date from the reigns of Harold II and William the Conquerer. Harold II was the last Anglo-Saxon king of England and reigned for less than one year in 1066 before the Norman Conquest. William I was Harold’s successor who reigned from 1066 to 1087 and was the first in a line of Norman kings. The hoard also contains some coin fragments, which is to be expected since they’ve been in the ground for nearly 1,000 years. 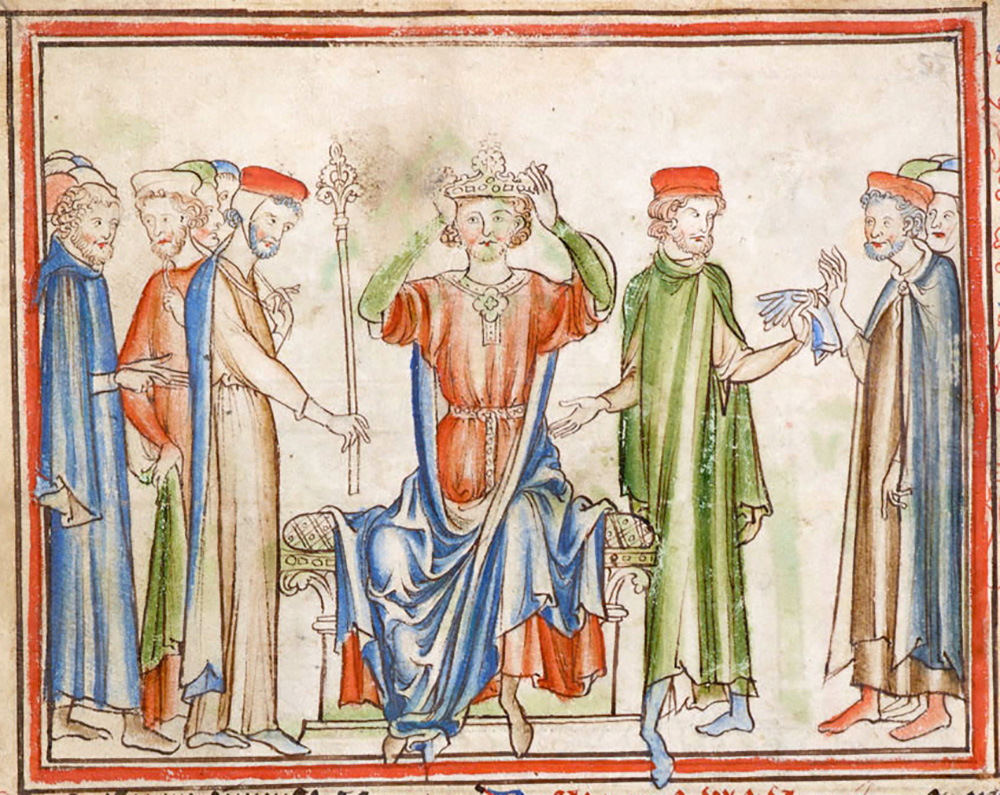 Harold II being crowned, as depicted in the 13th century. Via/ Wiki Commons

Lisa Grace and Adam Staples were out one day with their metal detectors, looking for something exactly like this cache of coins. The two have been at this hobby for around 15 years hoping to find a treasure such a this. The coins, all 2,528 of them, are estimated to be worth around £5M (about $6,050,000 USD). 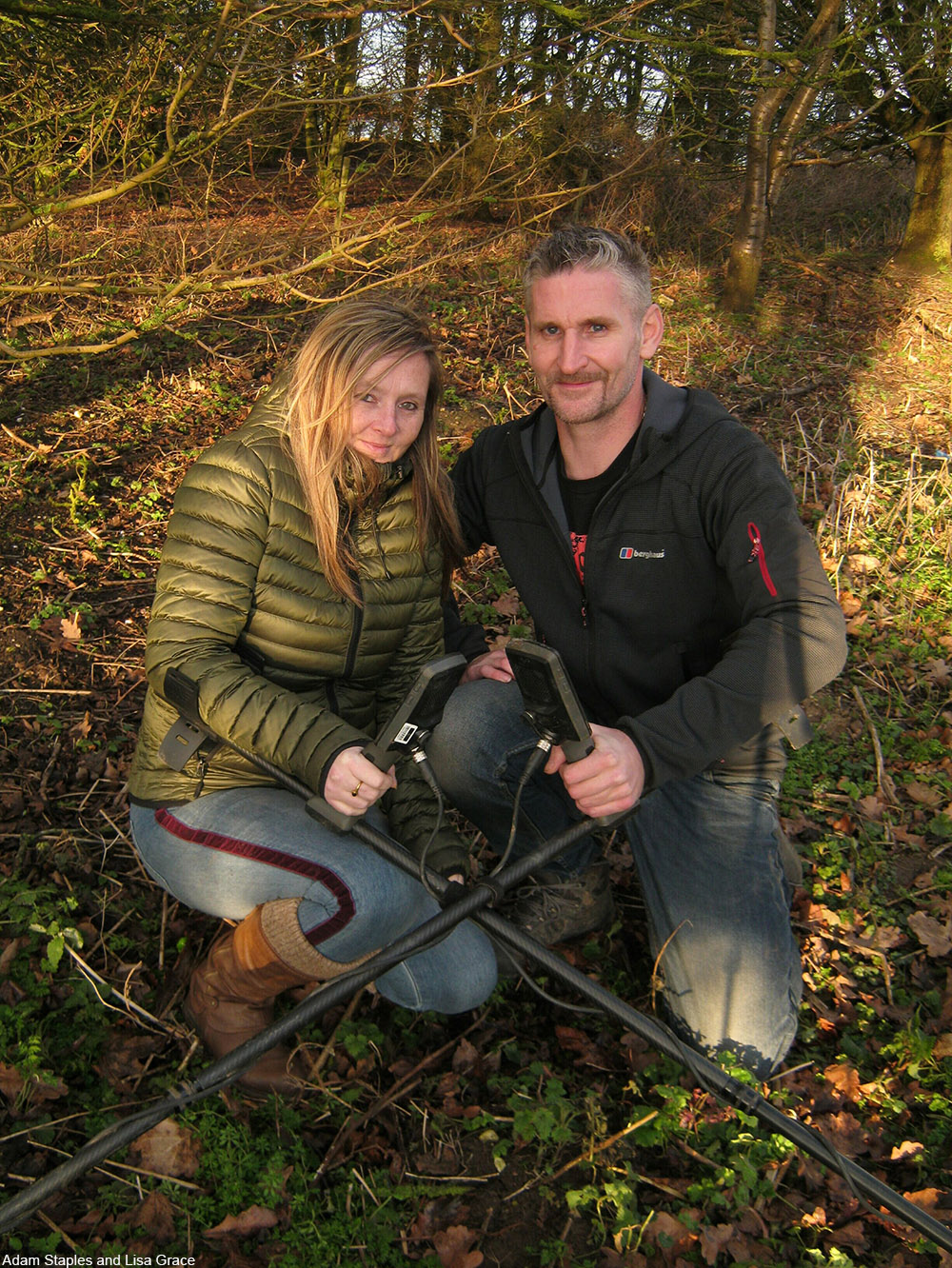 Many of the coins are known as silver pennies – a type of coin that was usually made from pure silver and was equivalent to grain or other agriculture stock. This hoard is estimated to have been able to buy around 500 sheep at the time it was buried. 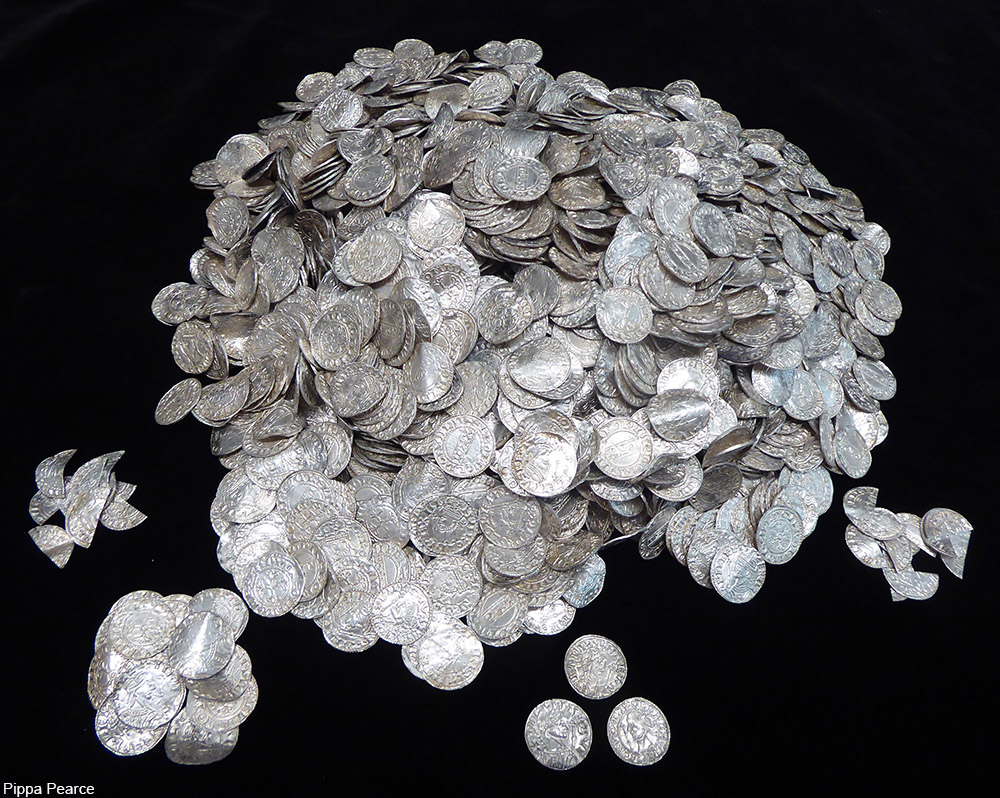 The coins date from the time of the Battle of Hastings in which Harold II lost his life and William the Conquerer began the reign of the Normans. The coins show evidence of an early form of tax evasion since the coin maker (or moneyer) used both old and new dies to create some of the coins. The coin maker, often contracted by the king to make a certain number of coins, was using an old die in order to avoid having to pay fee to acquire the newest design. These types of coins are called “mules” and there were mules from both the beginning and end of Harold II’s reign. 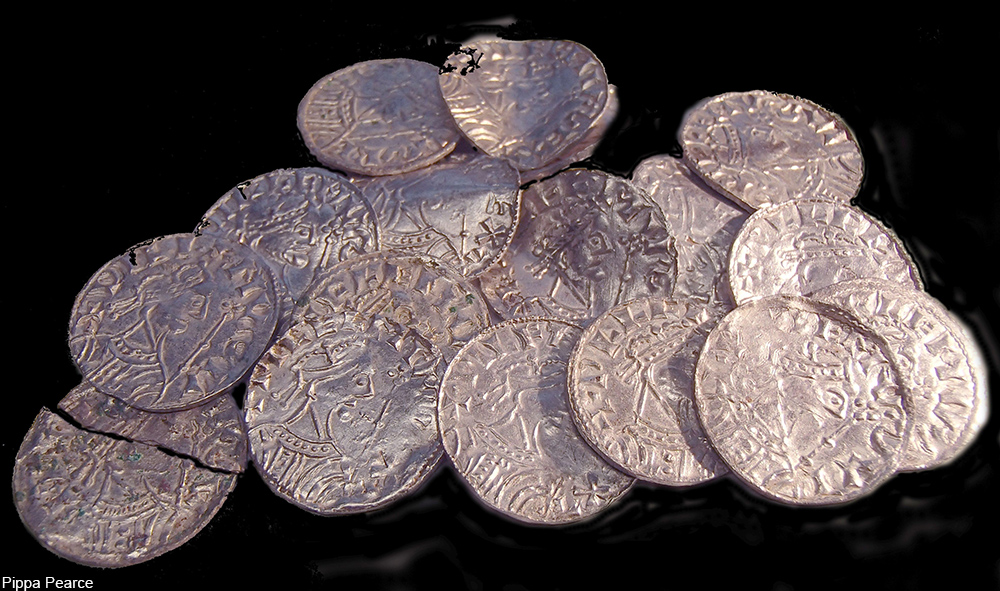 Experts are calling this one of the largest historic coin hoards in England, though the record-holder so far is the Frome Hoard, discovered by Dave Crisp, which contained 52,503 Roman coins, also found in Somerset. Another large hoard of 5,248 Anglo-Saxon pennies was found in 2015 by Paul Coleman. 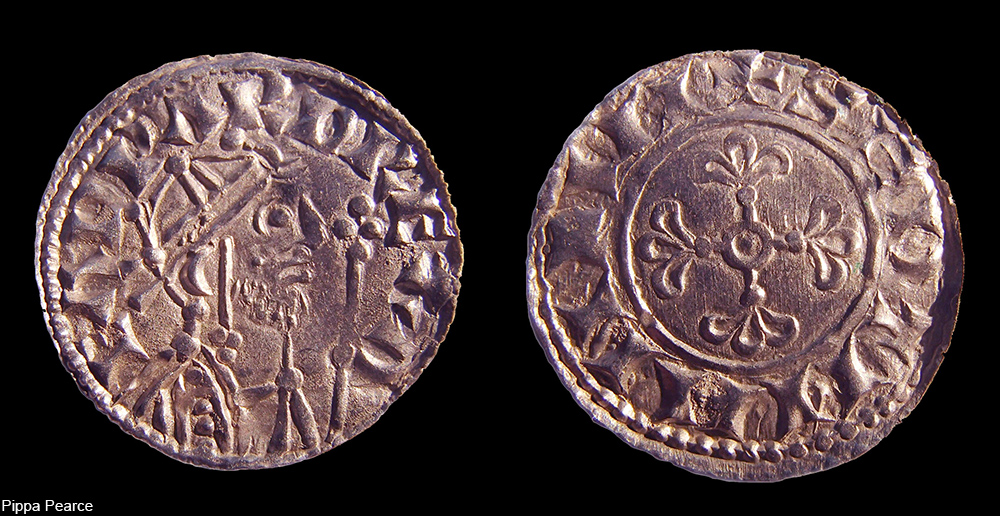 There is also some talk that, since they relate to such an historic battle, the coins may be considered legally treasure and in that case would be treated in a different manner. The hope for the most recent Somerset hoard is that the nearby Roman Baths can acquire and display them. If the hoard is found to be treasure then they will be offered to museums and the price (or reward) is calculated by the government. Non-profits and government agencies then work to raise the funds of the reward. 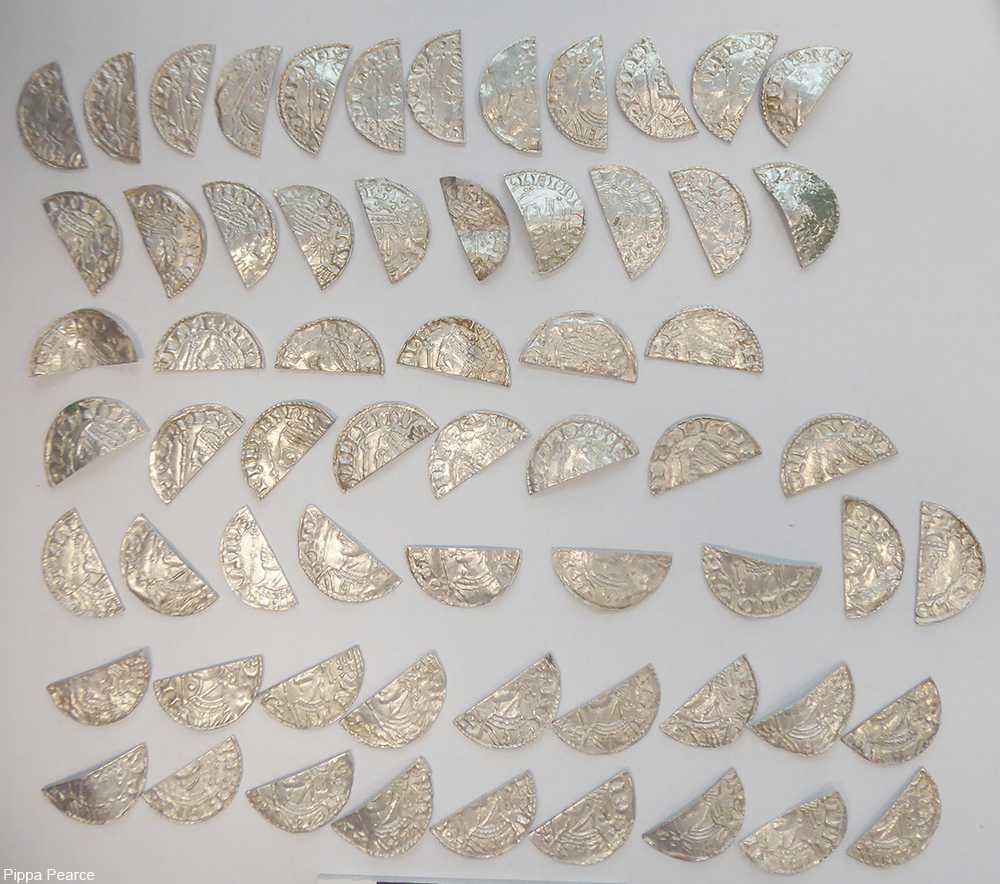 Staples and Grace said that: “It’s an amazing feeling to have unearthed this spectacular hoard. We’ve been dreaming of this for 15 years but it’s finally come true.” Have a look at footage from the dig in the video below. You can hear just how excited they are!