How Much Girls’ Clothes Have Changed Over the Past Century

Over the past century clothing has changed a lot, but that is nowhere more apparent than in how women and girls dress. There was once a time when pants were almost unheard of for the fairer sex, with dresses and skirts making up the entirety of an average female’s wardrobe. In particular, little girls were encouraged to wear cute dresses, ribbons in their hair, and to generally avoid mussing up their clothing while playing. 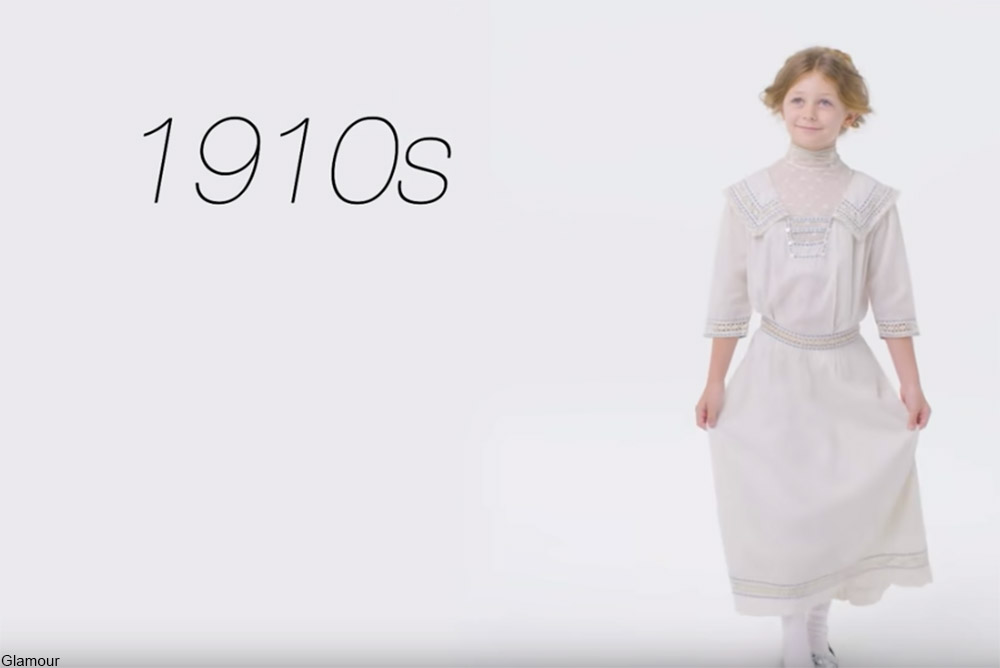 In the 1910s girl’s dresses were often pastel or white with lots of lace trim and drop waists were in fashion. By the 1970s girls were wearing pants on a daily basis as many schools had lifted the longtime ban on girls wearing jeans and trousers. Playtime for many girls became much more active when they were allowed to wear pants instead of dresses and the pressure to wear frilly things has diminished quite a bit since then.

Have a look at just how much girls’ clothing has changed over the last 100 years in the video below.