Captain Sticky – The ’70s Superhero You Might Never Have Heard Of

Of all the superheroes that came out of the ’70s, Wolverine, Spider-Woman, and Luke Cage to name a few, there is one that was the realest of any of them and yet you may not have heard of him. Captain Sticky, self-named for his love of peanut butter and jelly sandwiches, was a real man, not a drawing in comic book. Here is the story of how he came to be the real-life superhero of the ’70s. 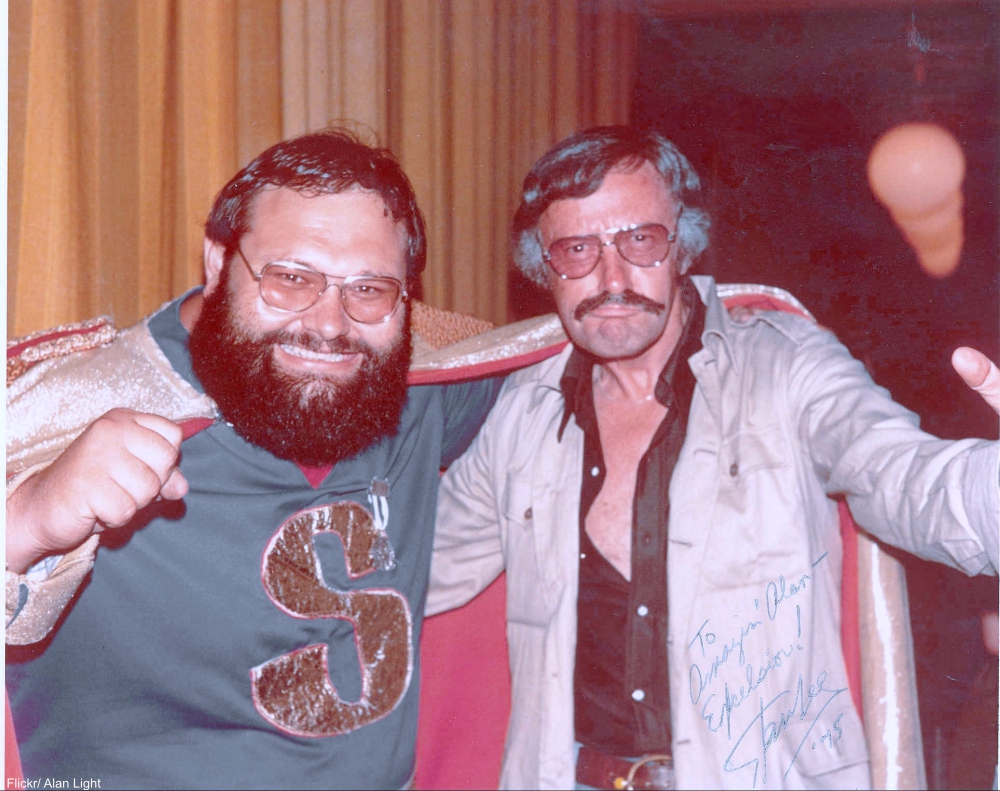 Captain Sticky with Stan Lee in the ’70s. Via/ Flickr

This self-made man retired at age 28 to pursue his dream of being a superhero. His real name was Richard Pesta and he made his fortune selling corrugated fiberglass, a building material that took off in popularity during the ’70s. Pesta took the the name of Captain Sticky after he realized his dream of becoming a superhero was finally attainable. Captain Sticky wore a jumpsuit and cape and drove around Escondido, CA, in a custom bubble-top Lincoln which was known as the “Stickymobile.” Legend has it that he even had a gun that shot peanut butter.

A regular at comic conventions around San Diego, Captain Sticky at one point was in negotiations with Marvel to have a comic made about his exploits. Just think, if that deal had gone through, we might have been watching a Captain Sticky movie alongside the new Avengers and Spiderman movies!

His acts of honor and heroism mostly included exposing shoddy car repair shops and advocating for consumer rights. This one-of-a-kind man did make a huge difference to seniors when he advocated for better treatment in Orange County’s nursing homes. Richard Pesta AKA Captain Sticky died in 2003 and his ashes were scattered off the coast of Thailand.

This real-life superhero might not have been able to fly or bend steel with his mind, but he did make a difference to those around him. And, he got to live out his dream of being a caped-crusader! How may of us can say we’ve never wanted to do that?

Read about an extremely rare Superman comic that was found by accident!