The Tragic WWII Pet Massacre You Never Knew About

Hundreds of thousands of animals were destroyed in what is a rarely discussed part of World War II history. As Hitler raged through Europe, the threat of losing it all loomed large for England. But, the loss of so many pets was not due to bombing or an organized German attack. No, this massacre came from the English people themselves. 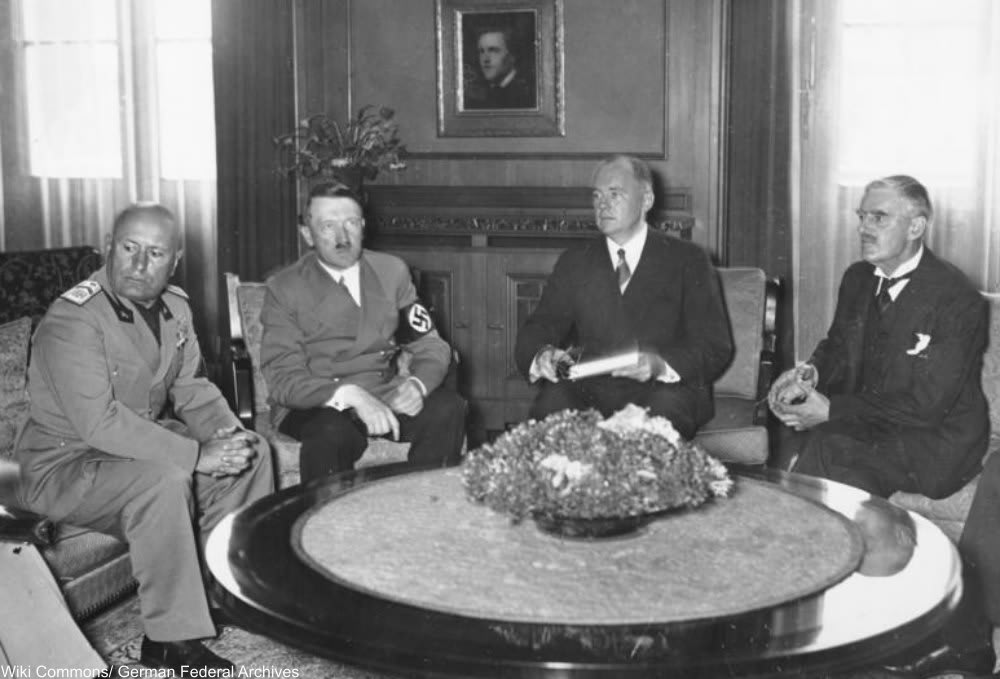 Prime Minister Neville Chamberlain announced over the radio on September 3rd, 1939, that England had no choice but declare war with Germany after the German invasion of Poland. Shortly thereafter thousands of well-intentioned British pet owners did the unthinkable: they had their healthy and beloved pets euthanized. In anticipation of war, a few weeks before the pet massacre a government pamphlet had been issued stating that, should war be declared, animals should be re-homed in the country if at all possible. But, if that was not an option, the leaflet suggested having the animals destroyed.

The subject at hand was farm and agricultural animals, but pet owners had assumed that family pets were also to be put down. Hysteria over the impending war had launched people into action and they started with their pets.

British wartime pamphlet, “Air Raid Precautions for Animals” features an ad for the Cash Captive Bolt Pistol for the destruction of animals. Via/ Wiki Commons

Many English citizens had lived through the first World War and seen what hunger can do to those you love. They wanted to spare their furry family members from the food shortages which were inevitably coming down the pipeline.

During the first few weeks of the war, veterinarian offices worked round the clock to euthanize and then cremate sorely-missed dogs, cats, birds, and rabbits. Lines for vet offices stretched blocks in some areas of London. In response animal welfare groups and the government urged citizens to stop euthanizing their pets, but the panic was too deep to stop the cull.

The few pets that did make it surely brought a great deal of comfort to their families as hard times, food shortages, bombings, and the threat of invasion slowly ground down the English. There was no pet provision in ration quotas for Great Britain, but a lucky few pets survived on scraps. 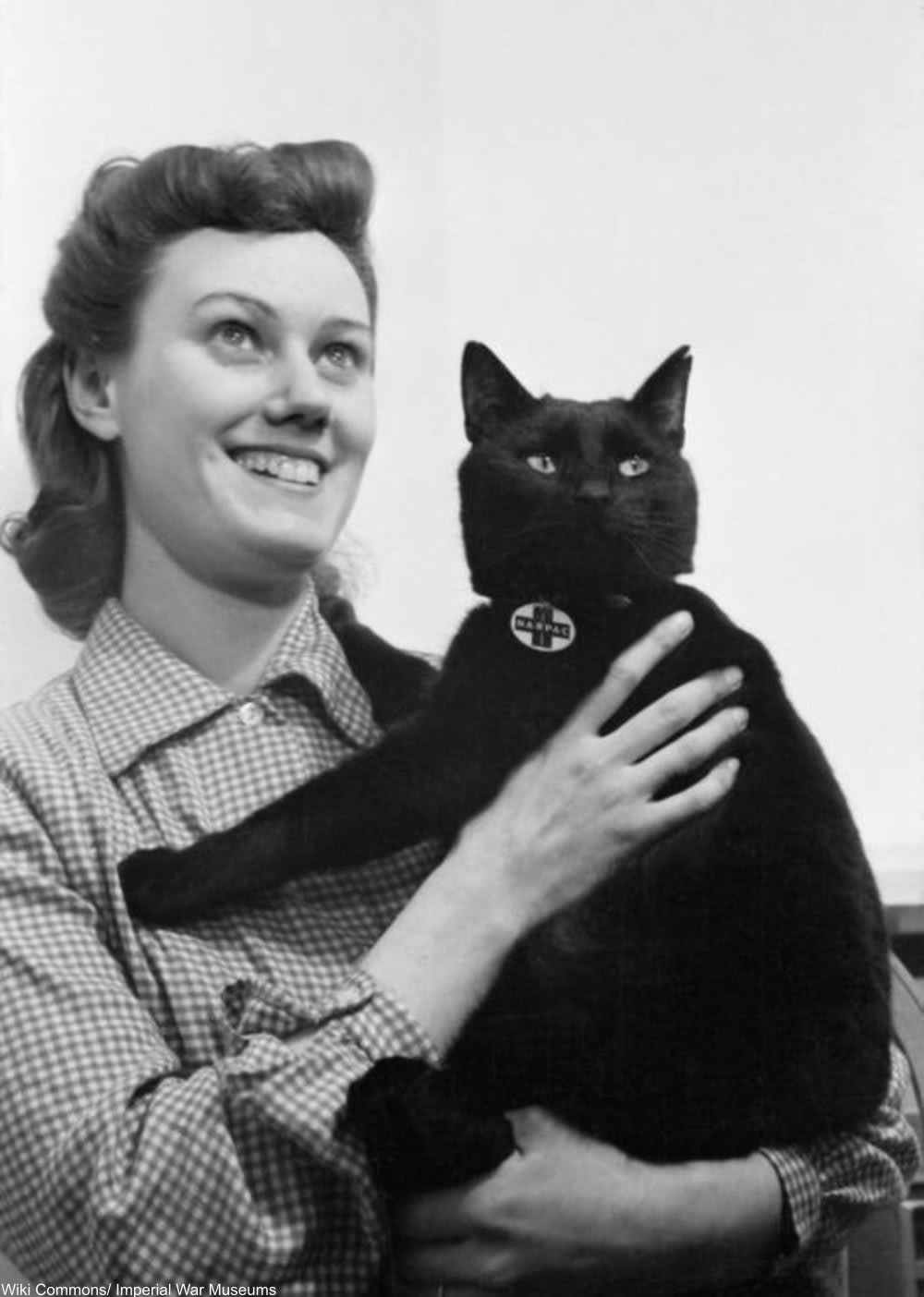 Later government efforts focused on helping find pets should they lost during an air raid or evacuation. Mrs. Day is shown with her cat, Little One, who is wearing a special collar should he be found. Via/ Wiki Commons

Some of the pets from the cull are buried in unmarked graves in the Ilford Pet Cemetery outside London, a place which is run by the People’s Dispensary for Sick Animals, and which also honors military service animals. But many of the pets who were euthanized in the 1939 massacre were cremated. It is estimated that at least 750,000 pets in London alone were lost in this cull, with some people referring to the event as the “pet holocaust.”

Tragic and morbid, this history is not often discussed, but it does raise some questions. Which is the kinder option in times of extreme hardship: letting pets live only to face hunger or sending them over the rainbow bridge?