Bob Ross was painting on the air from 1983 until 1994. His TV program, The Joy of Painting with Bob Ross, was a popular show. From the painters who followed his tutorials religiously and bought his paint kits to the casual viewer who simply stumbled across this very mild-mannered and motivational person, it seems that most people liked him. That likability is why today he enjoys status as a cult favorite, and his phrases “happy little trees” and “there are no mistakes, just happy accidents” are known across all age groups. But, what makes him so special and what happened to all the paintings he created while working on the show? 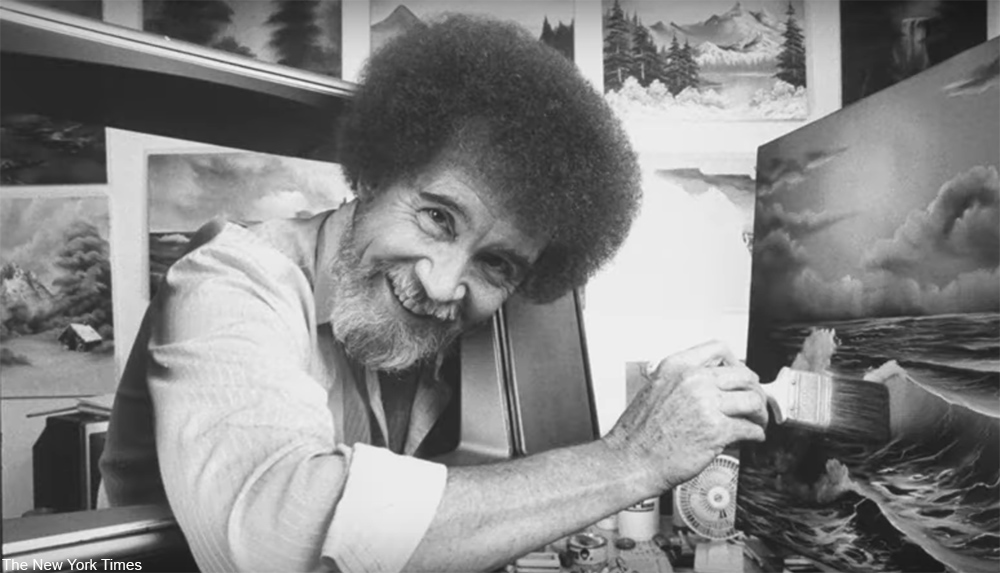 Bob Ross created thousands of paintings during his tenure on the show. Painted in a short time frame, they aren’t all gallery quality. However, they are a piece of American television culture that a great many people would love to get their hands on. However, these paintings aren’t for sale. People who have tried to buy a Bob Ross original have never been able to do so. They aren’t on eBay or at auction houses or galleries. Instead the many Bob Ross paintings are nearly all in the possession of Bob Ross, Incorporated. 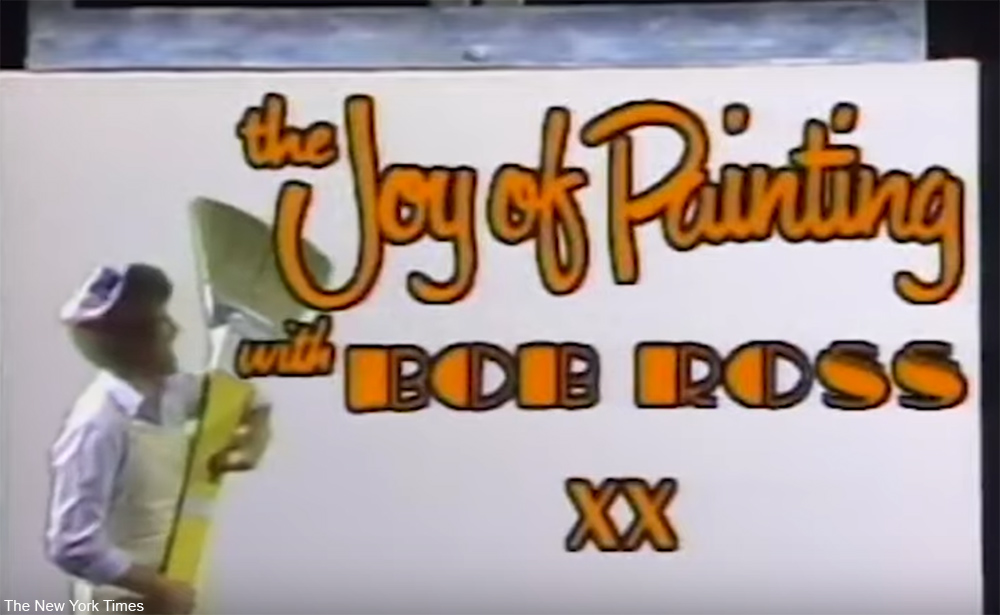 The company was started in order to sell the painting kits that viewers could use to paint along with the TV show. Now, more than two decades after his death, the company heads say that it has honestly never occurred to them to sell the paintings! However, they are still selling his line of paint supplies, as well a line of socks and home goods that bear Ross’ image. 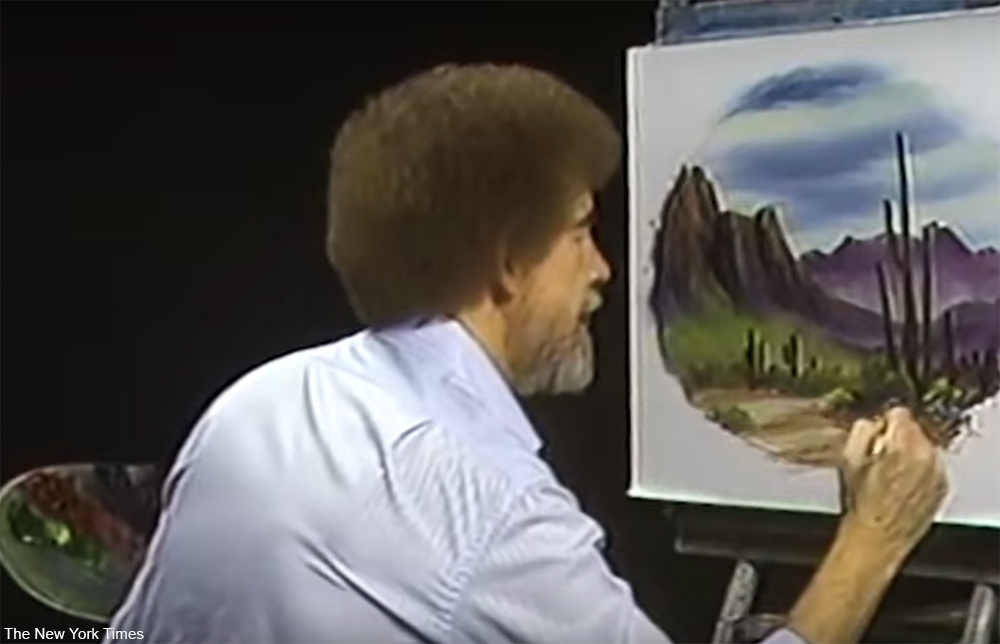 For each show, Ross did 3 paintings: one before the show, one he painted on air (these were often not as good), and one he painted after the show. The best one he would label after the fact to go to Annette Kowalski, a former student of his who eventually became his business partner. She is, as of now, the only Bob Ross painting authenticator in the world. As you can imagine, there are quite a lot of Bob Ross-inspired paintings out there, not to mention fakes. 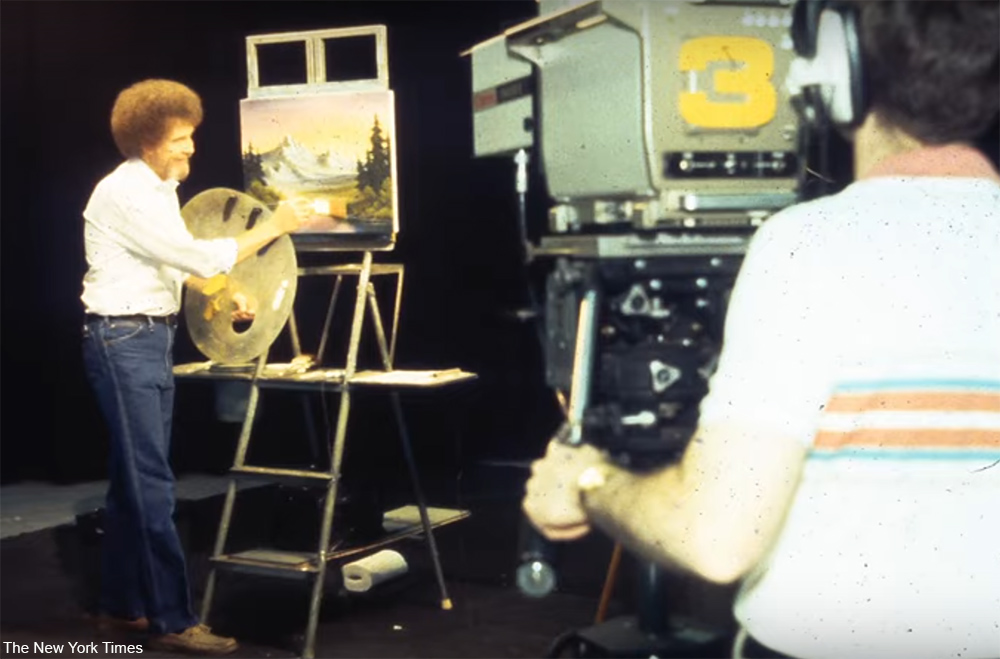 July 2019 UPDATE: Bob Ross, being one of the most well-known painters in recent memory, will now be part of the Smithsonian National Museum of Art and History collection. Eric Jentsch, curator at the museum, selected four of Ross’ paintings with the help of staff at Bob Ross, Inc. Together the paintings selected are intended to be exemplary paintings, though Ross is not known for his unique designs, but rather his soothing methodology and encouraging words. Still the selected works include Blue Ridge Falls (1994) and three versions of On a Clear Day (1988). In a 1990 interview Ross himself speculated that his work would never hang in the Smithsonian, but that it made people feel good. It turns out he sold himself short.

Have a look at the Kowalski family and how the paintings (which are definitely not for sale) are stored in the video below.