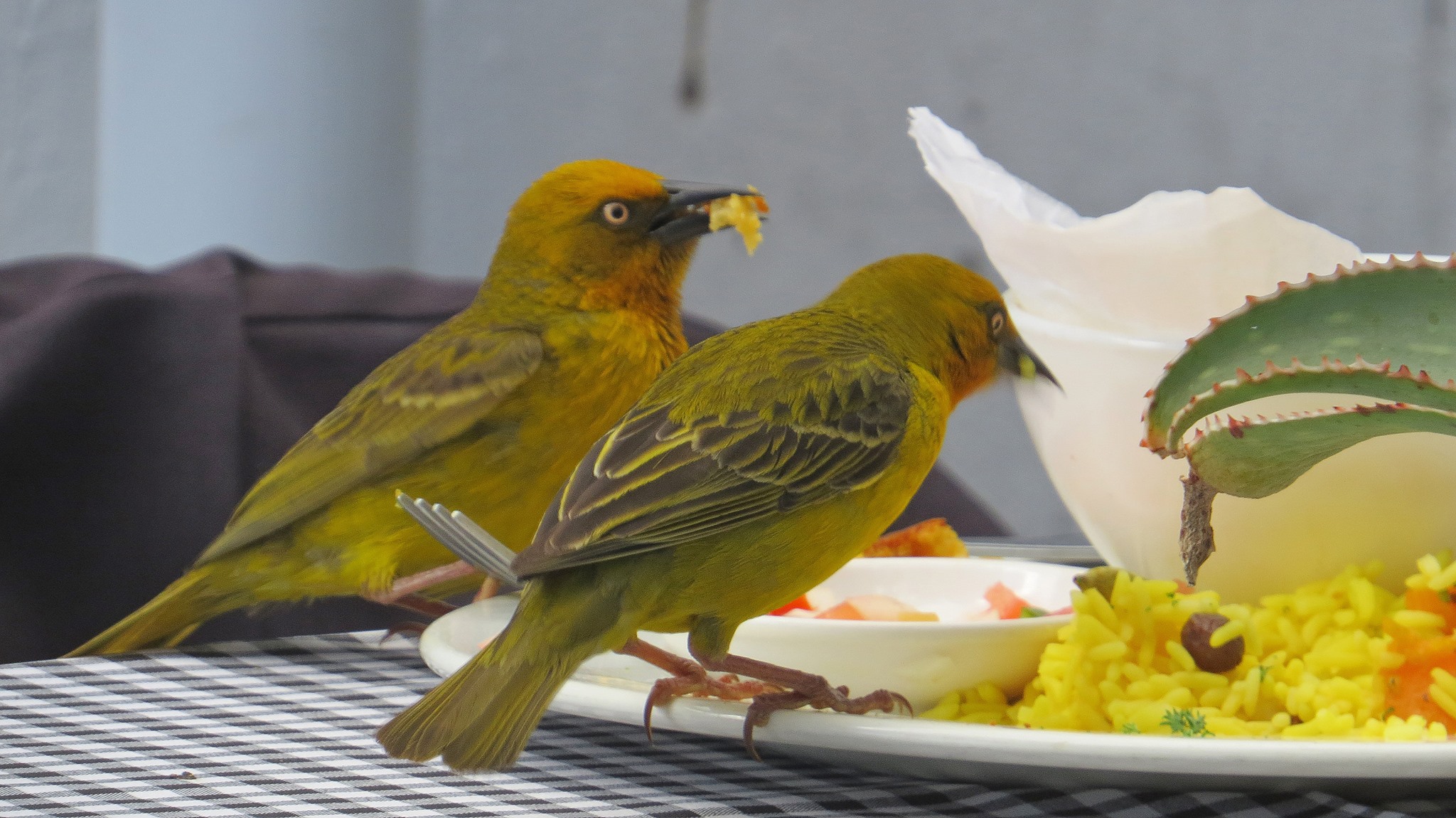 The Cape Weaver (Ploceus capensis) is a South Africa native. Spreading mostly all along the coastal region of the southern tip of Africa. This colorful bird belongs to the Weaver family of birds which live mostly in sub-saharan African and a few parts of tropical Asia.

These birds nest in elaborately woven (hence the name, Weaver) nests made of grass and leaves with downward facing entrances and usually hanging from branches. The tend to live in noisy colonies with other weaver birds close to rivers or streams.

Next up, the Cardinal! Continue on to the next page…