A road project to repair a bridge in Avon, Connecticut, near the Farmington River, has recently yielded a significant archaeological find. The bridge project was to re-dig deep footings, and under the National Historical Preservation Act, such projects have to be examined closely for historical settlements. Under the influence of a key archaeologist, Brian Jones, the team dug down more 6 feet – which is much lower than many digs go. What the team found was a Stone Age settlement filled with around 15,000 artifacts. 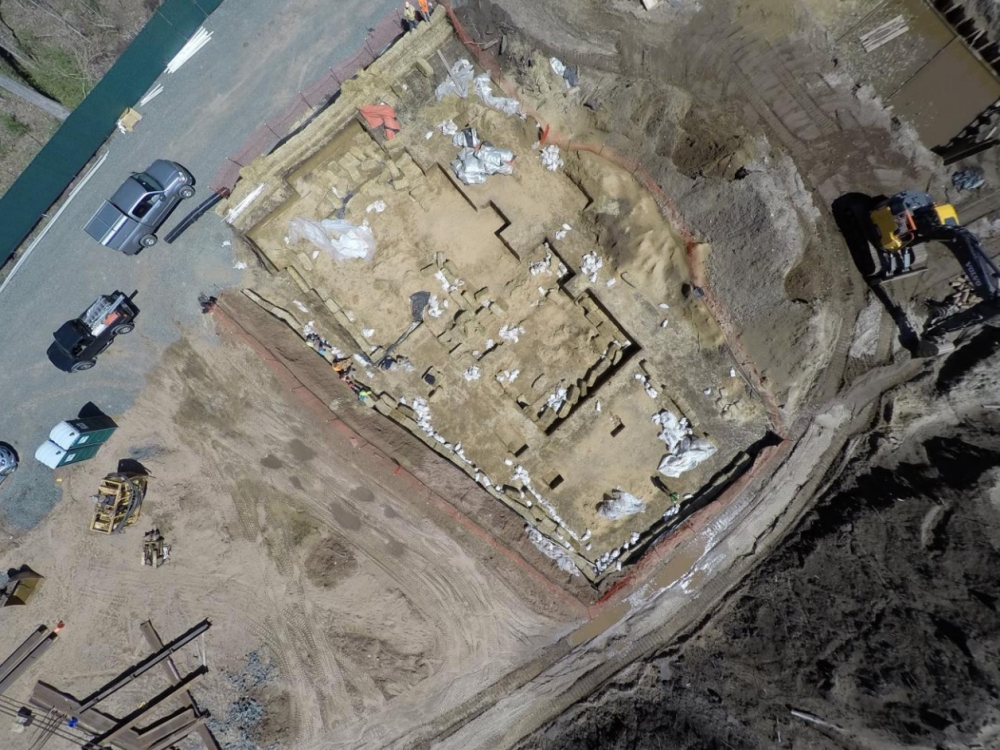 The finds in the Avon dig are mostly stone tools and include the chips from the stone working process. According to a press release from the Connecticut Department of Transit, the settlement was likely inhabited by newly-arrived residents who preferred to rework their old tools rather than make new ones. These were worked in stone that was harvested from sites in New Hampshire and Upstate New York and that had been transported to the settlement with the residents. 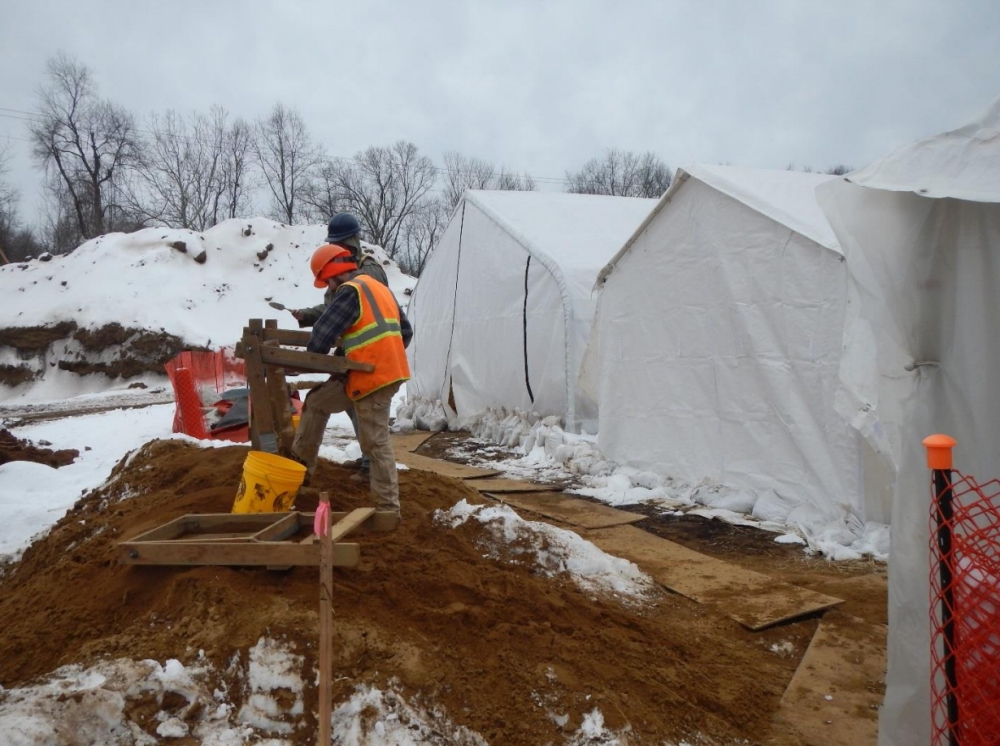 Evidence of the PaleoIndian group using local stone was not found, leading to the theory that they only wanted to work in stone that they were familiar with. Among the artifacts are stone scrapers, stone projectiles, and stone fragments. Holes where presumably wooden support posts were installed for shelter were also found on site, (known as postmolds). Ancient hearths consistent with temporary shelter were also found on site. In all 27 cultural features of temporary PaleoIndian settlement were found there. 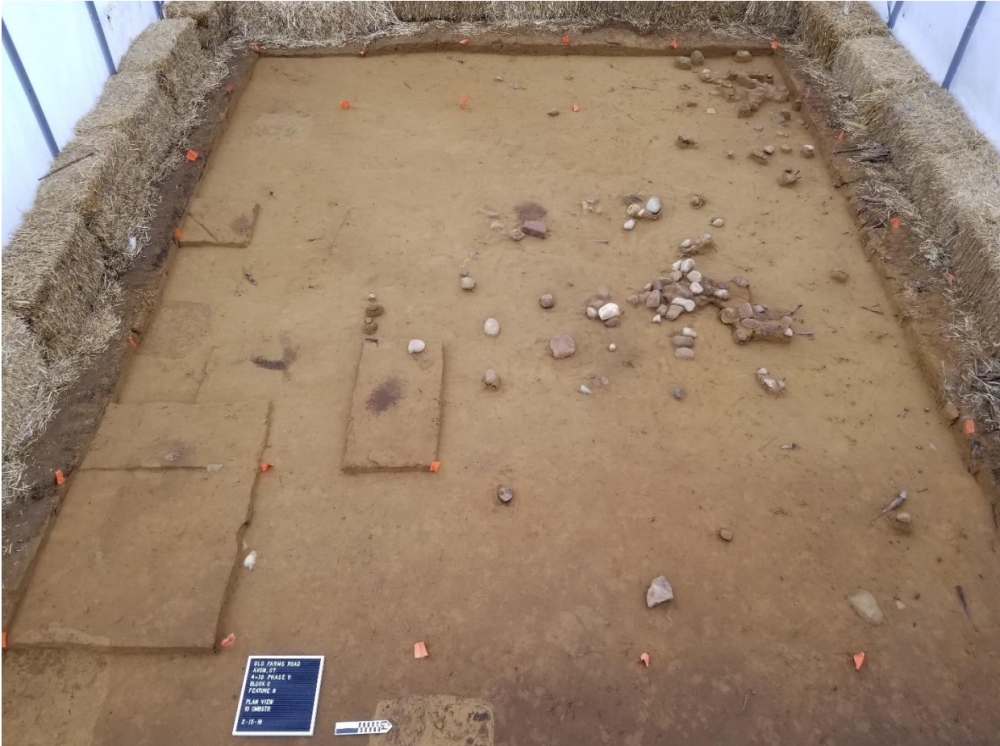 Organic material from the settlement was not found as this type of object can rarely survive such long periods exposed to the elements. In the case of the Avon settlement, the moisture in the area would have only hastened this process.

There was also evidence of repeated visits by man over many centuries. However, the depth of the area, which was buried slowly in alluvial sand over time, is indicative of repeated flooding. This may have been a factor in why the site was eventually abandoned by Native Americans in the area.

Finds like this are “incredibly rare” according to David Leslie, senior archaeologist at Archaeological and Historical Services Inc., the company contracted by the State of Connecticut to undertake the dig. 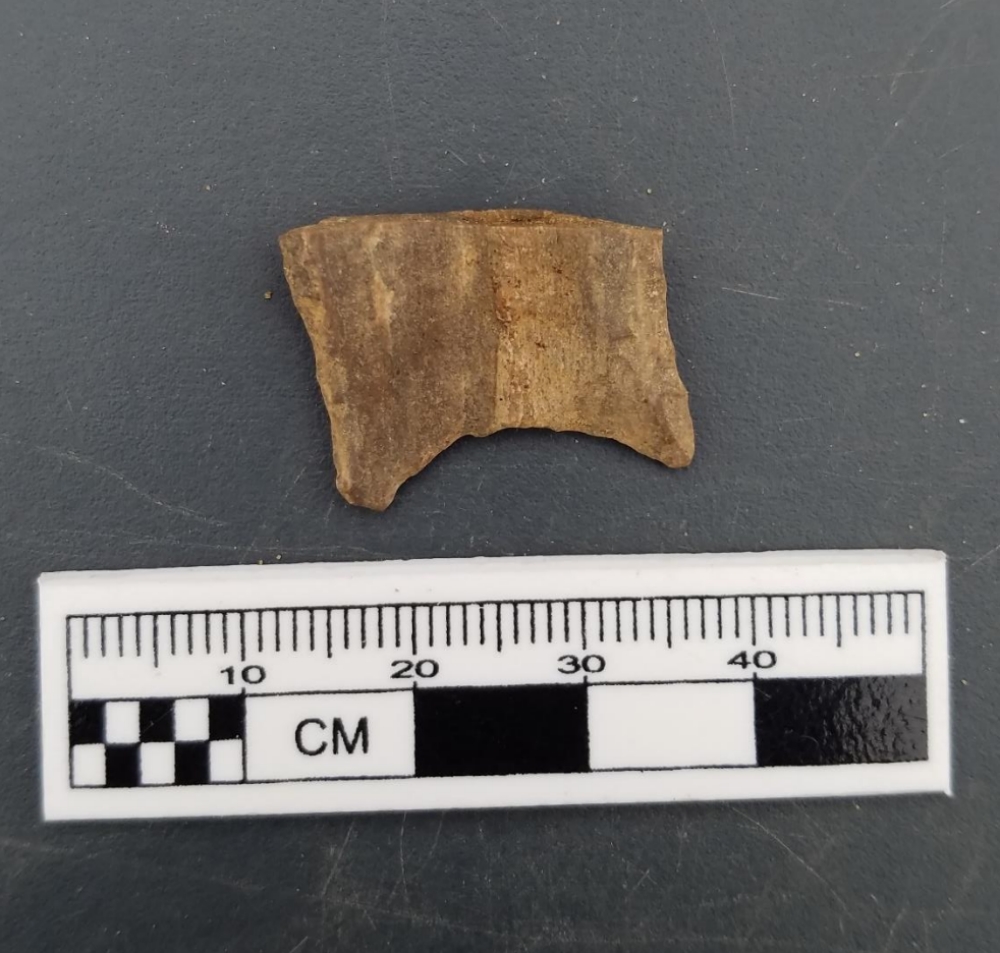 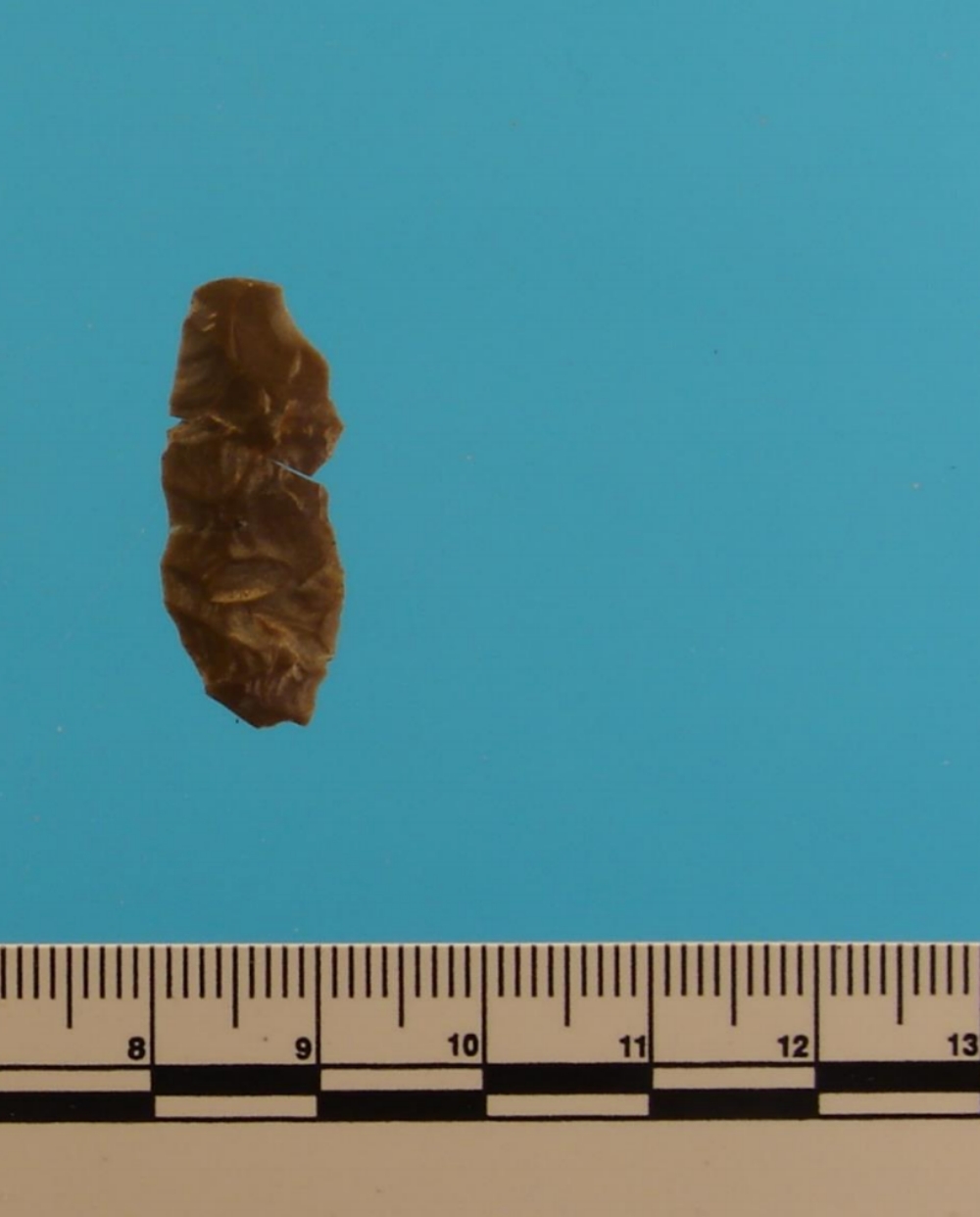 To date this is oldest known settlement in Connecticut, with the oldest artifacts dating back to around 12,500 years ago. More recent artifacts were also found at the dig, indicating a pattern of intermittent settlement over the course of 2,000 years. The site is now named after Brian Jones, who passed away in 2019, and without whom the site might not have been properly excavated due to its extreme depth. 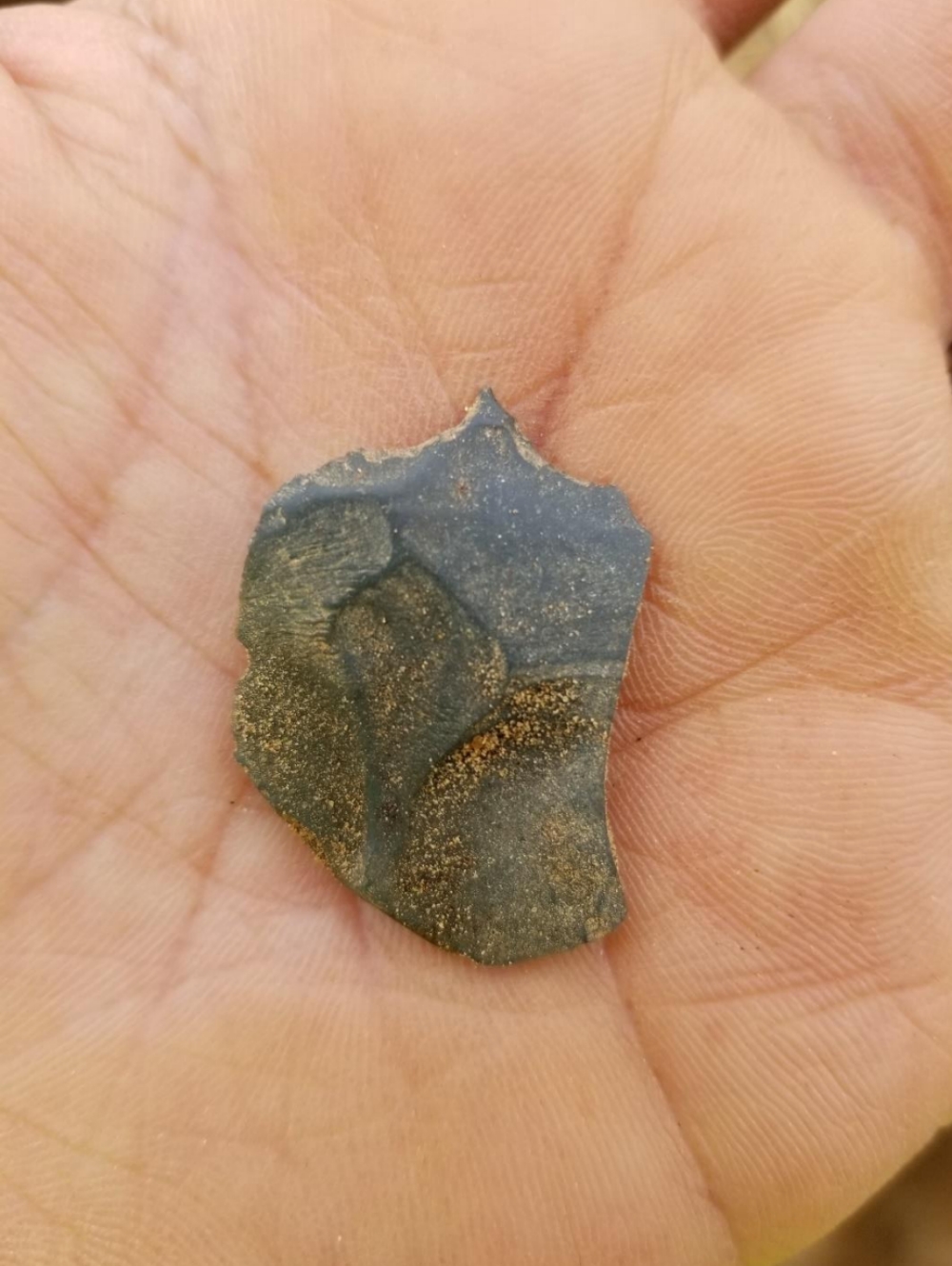 The site was nearby known ancient settlements, however, digs on this scale are frequently far too expensive to fund independently. Therefore, they are usually only done when a public works or DOT project is initiated. The DOT project in this case was to repair the Old Farms Road Bridge near Route 10. 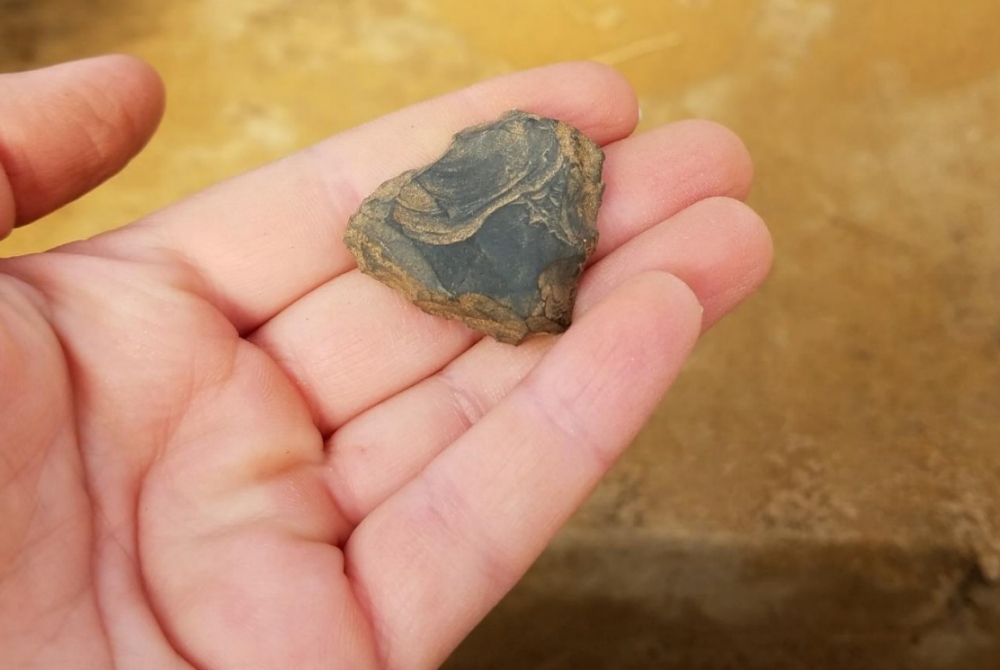 The site is now considered not only the oldest site of human activity in the state of Connecticut, but also in Southern New England in general. And, in an interview with a local NBC station, Terri Wilson of the Avon Historical Society said that the area was not a site for human remains, only human settlement.

Part of the artifacts will be used for educational displays about the area, while a number of the finds will be sent instead to the University of Connecticut for archaeological students to view in the course of their research. This of course will happen after a thorough analysis of all the finds has been undertaken.