In 2017 a very precious item was sold by Christie’s in an auction containing many items once owned by Audrey Hepburn. Her sons, Sean and Luca, put the items up for sale and verified that the items had belonged to their mother. Included in the sale were many items personally used by Audrey, including her famed Cartier lipstick holder, which sold for £56,250 (or $68,919 USD in today’s money). 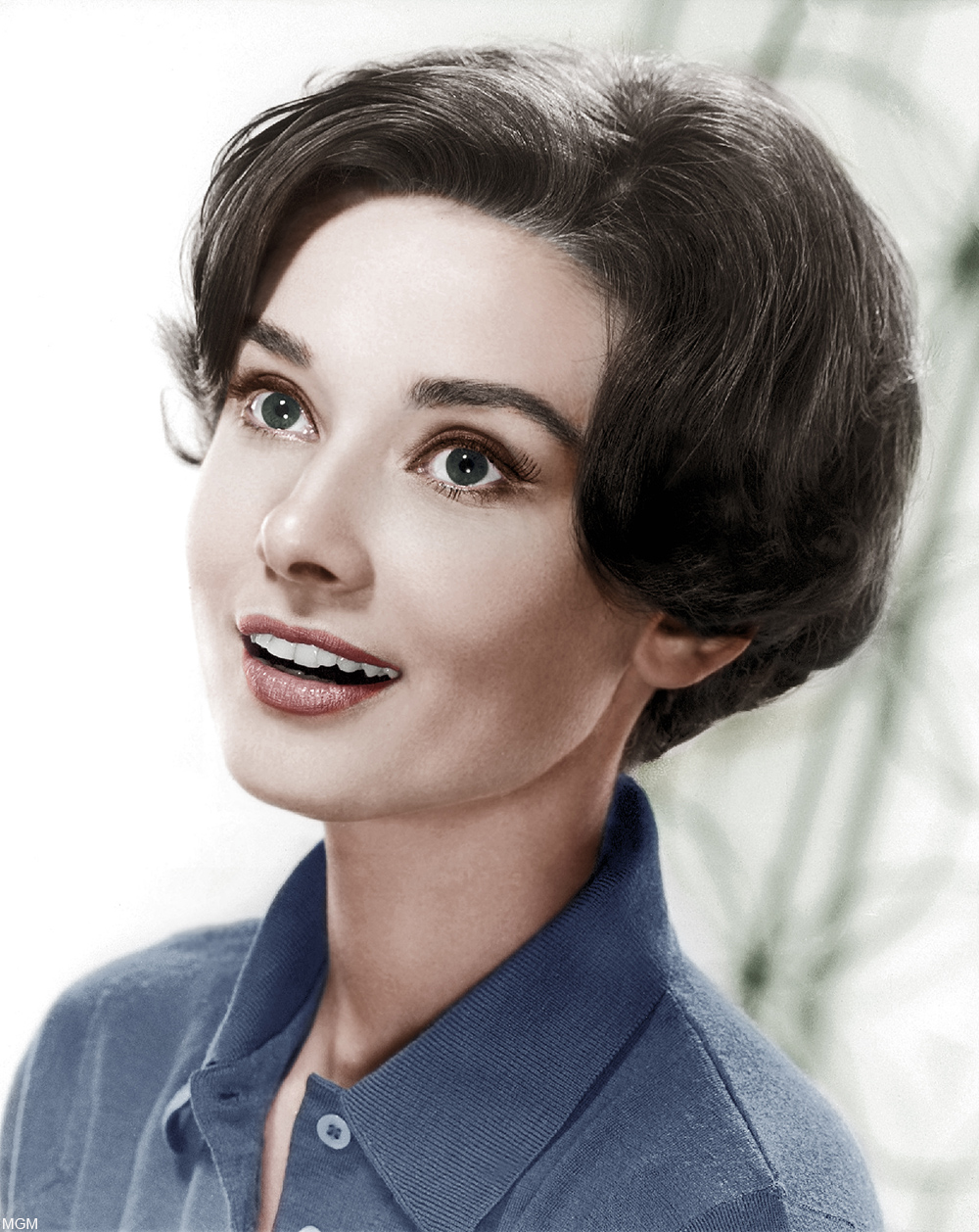 The stunning 18k gold and sapphire Cartier piece was made for the actress specifically in either 1954 or 1955 and, according to her son, she carried it with her to parties and soirées throughout the ’50s and ’60s. Clearly this was an extremely well-used item judging from the scratches and dents.

This unique piece was very dear to Audrey Hepburn and even her sons, as they remembered her using it for decades. While a piece like this is uncommon, what’s even more unusual is to hear the story of how it was acquired from the person who bought it. 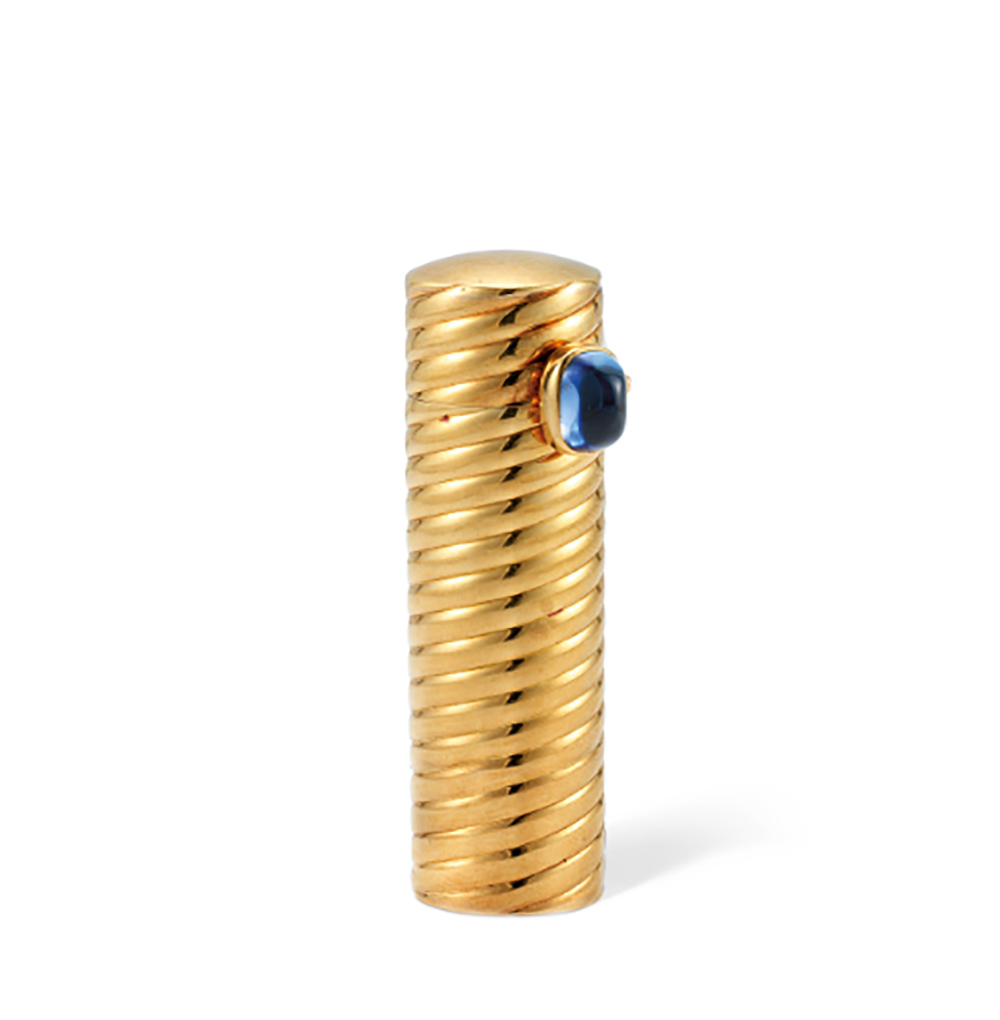 Lisa Eldridge is a makeup artist to the stars, makeup historian and author on the subject, and even has her own range of lipsticks. She is also an avid collector of makeup from all eras. It makes sense then that she would set her sights on one of the greatest gems in makeup history. 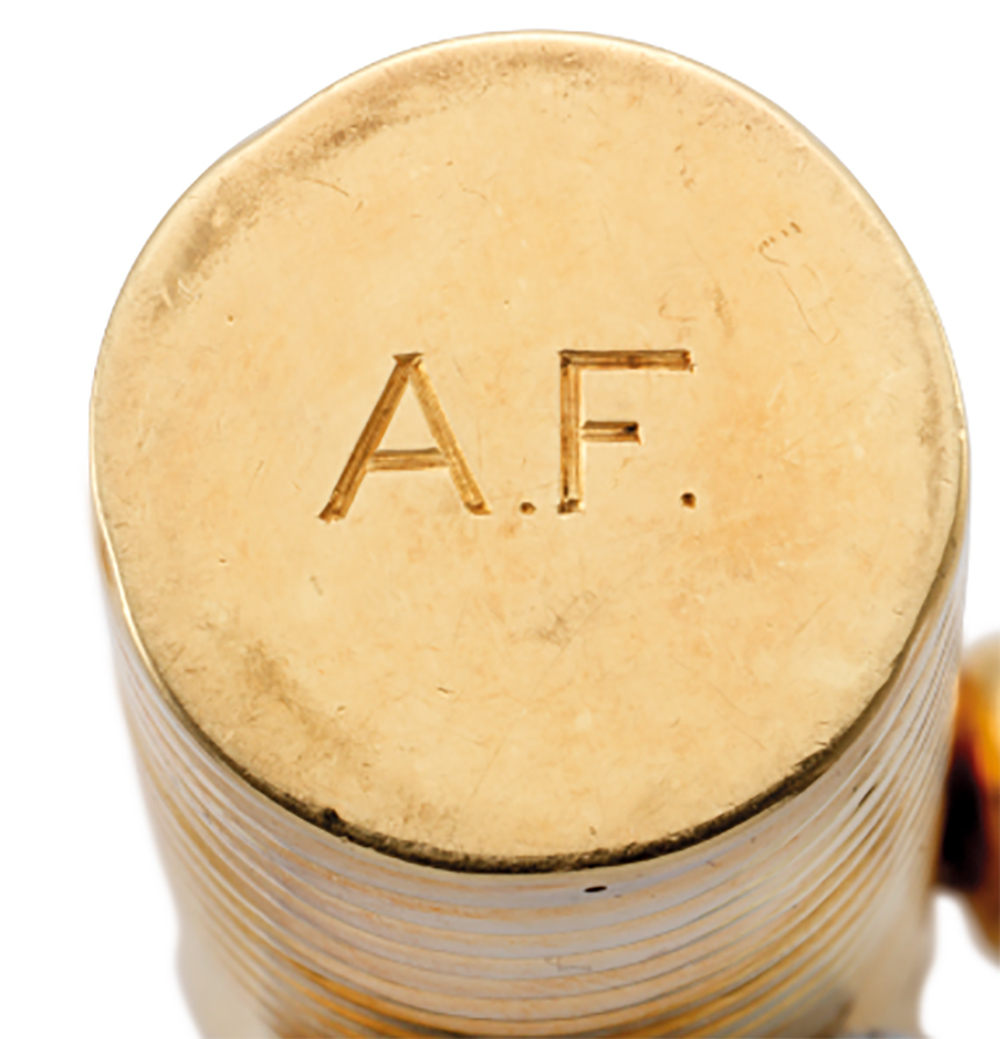 At the time Hepburn was married to Mel Ferrer, hence the initials “A.F.” on the bottom. Via/ Christie’s

As someone who works with makeup everyday, Eldridge had long been infatuated with this particular lipstick holder, and felt that the auction was her chance to finally own something that she had admired for years. 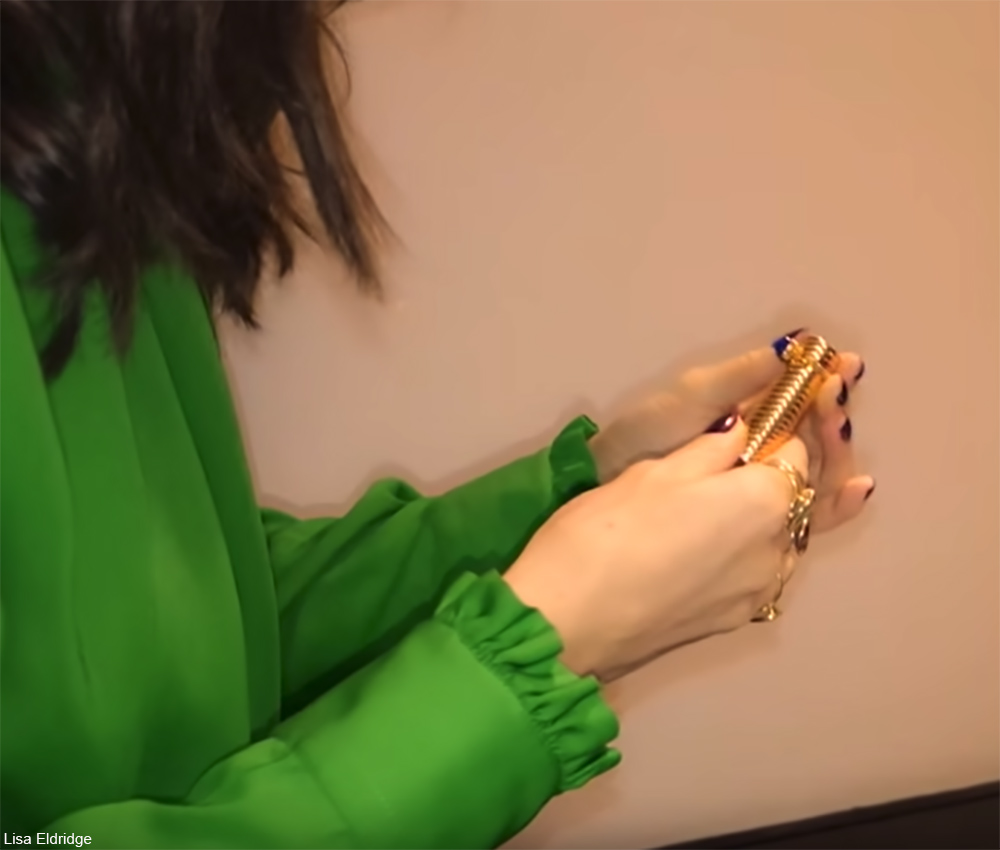 When she finally got to see the item that she had bid on and won at the Christie’s auction, Eldridge was surprised to find that Hepburn’s actual lipstick was inside, something which the auction listing had not mentioned. 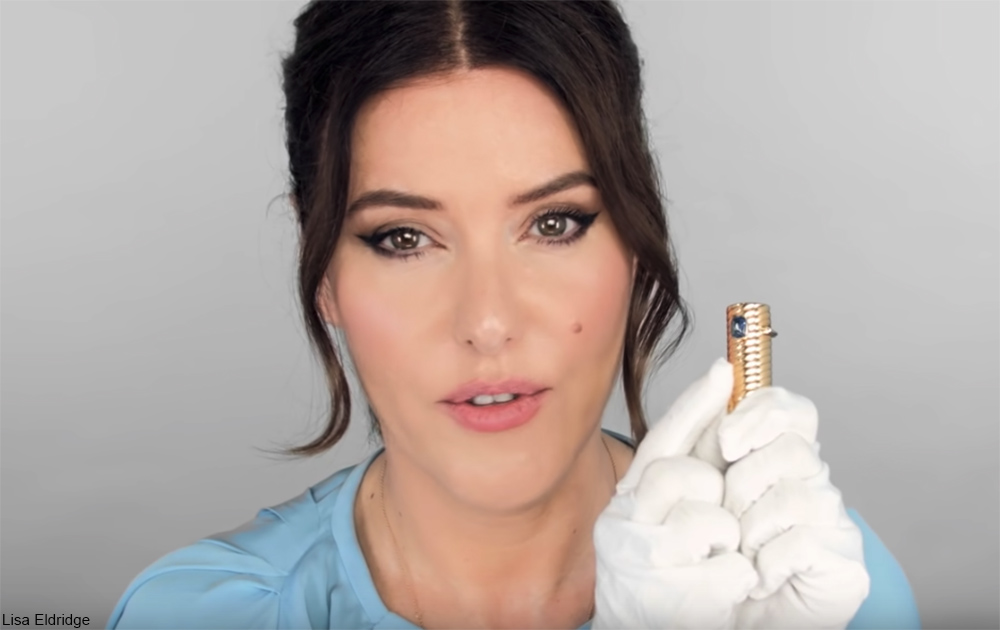 Listen to Eldridge describe the auction process and why she felt she had to have this extraordinary piece in the video below. You can also see the shade of lipstick Hepburn wore, too, since she tries it on!