The Reason Why Art Nouveau Still Has a Cult Following

Everything from art to architecture was affected by the masters of Art Nouveau design. Their free and expressive depictions of nature, fairies, animals, and even the seasons themselves was a collective movement of the style that praised the natural world. But, how did this movement come about? And, why is it still so popular? 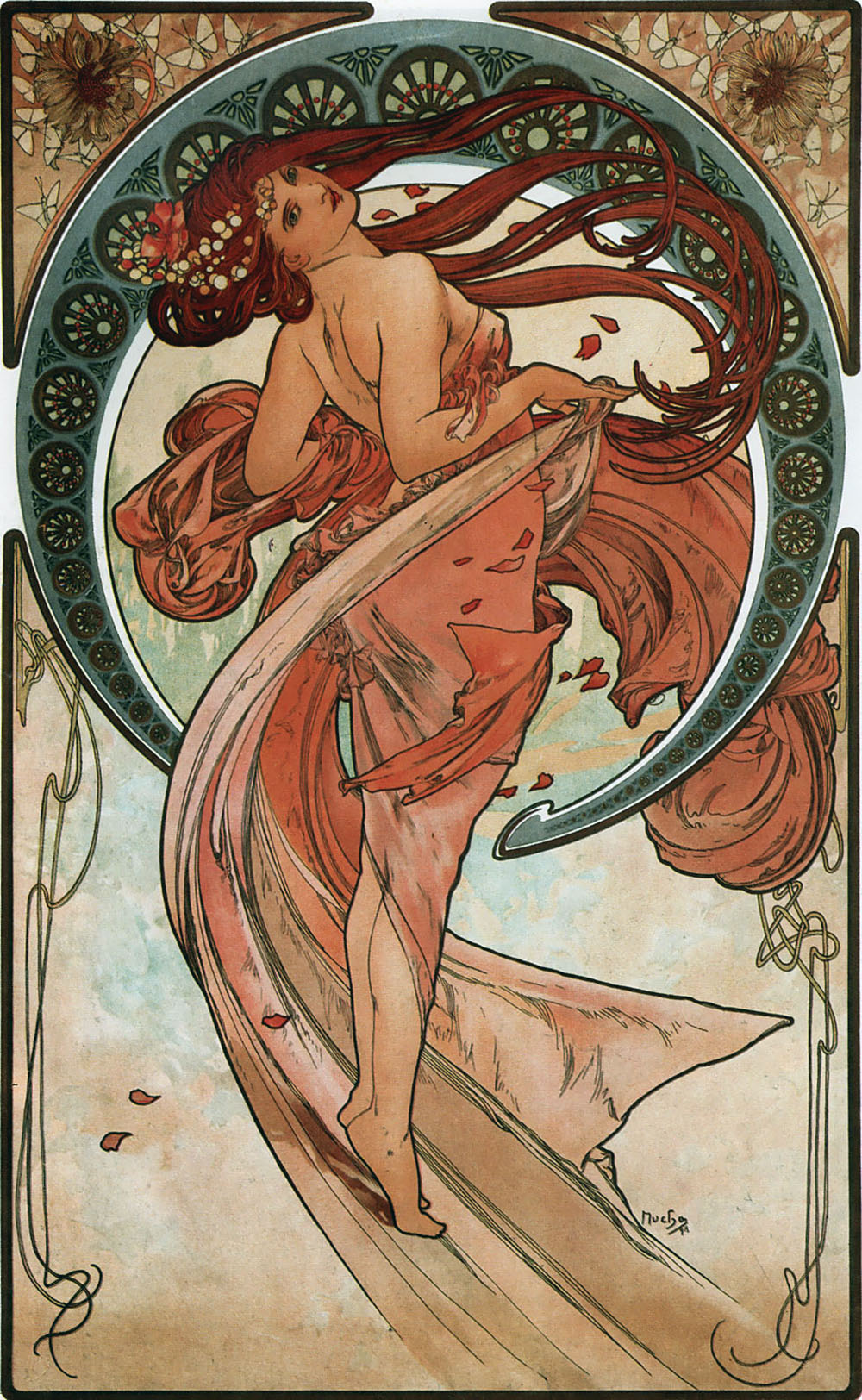 Lithograph print by Franz Mucha, one of the masters of Art Nouveau. Via/ Wiki Commons

The Victorian era was filled with many different design styles. The trend for clutter among the newly-minted middle classes aimed to take full advantage of the new mass-production techniques that saw knick knacks and home decor drop in price, while increasing in style and variety. Many naysayers decried the loss of the handcrafted items of yore, while others reveled in the resplendent decor of the era.

Art Nouveau stems back to the 1880s when artists across Europe were feeling the grind of mass-made decor and soulless manufacturing facilities. The response was to focus on the romantic in life while exalting nature in her many forms. Taking the complicated embellishments of the Victorian era as a backdrop, new designs expanded on the scrolls and curly cues of the 19th century. Instead of regular patterns, cloud-like free form scrolls replaced the comparatively staid craftsmanship of the century up until that point.

The first mention of the term “Art Nouveau” was in the 1880s in the magazine, L’Art Moderne, and the aforementioned signature curves became known as “whiplash” designs. 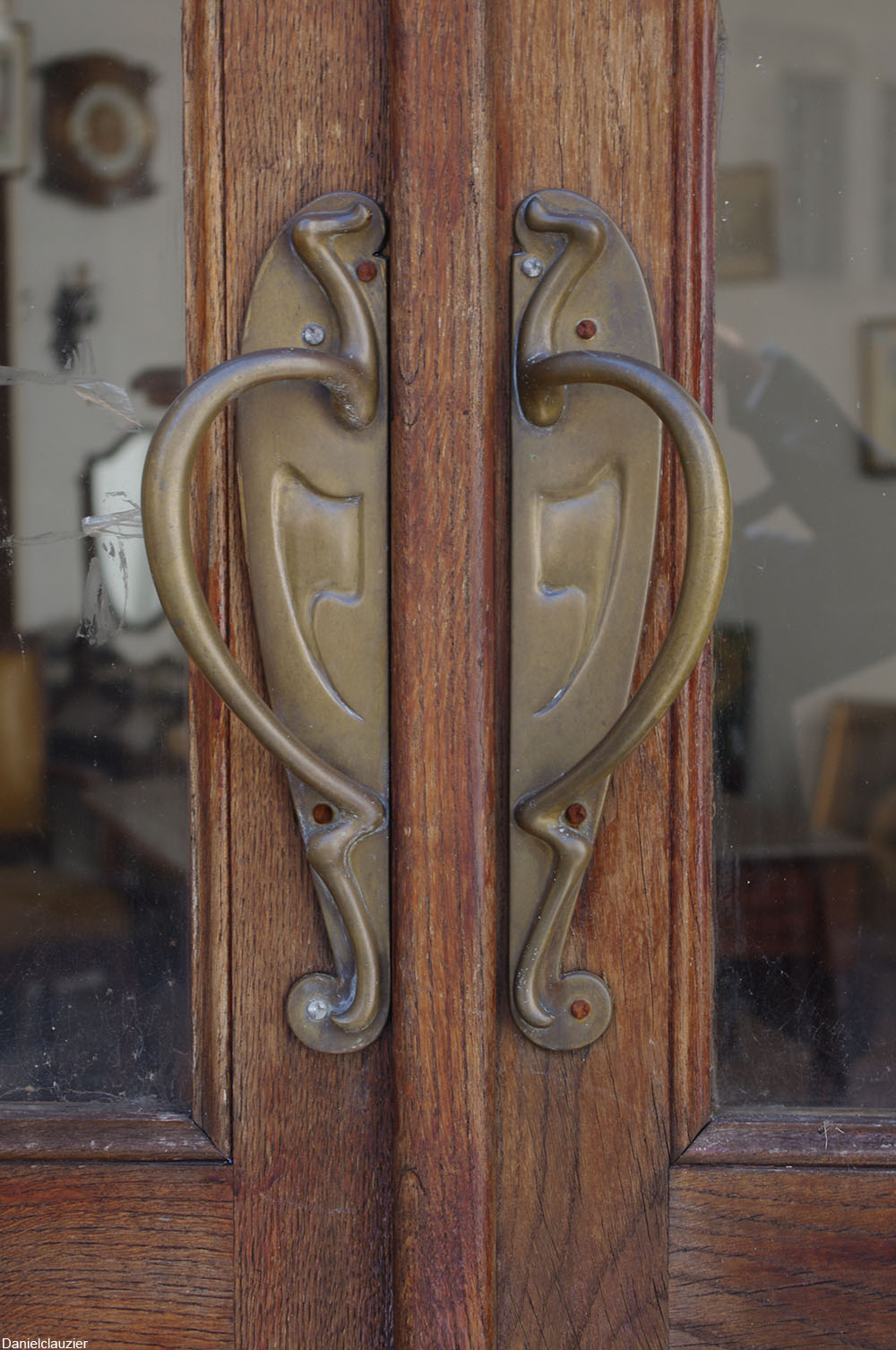 The commerce of the era, often dirty and unsafe, led to whole swaths of cities becoming far less attractive. Along with the boon to manufacturing that elevated the middle class also came the blunt simplicity of efficiency. Plainly put, many artists of the era longed for the more decorated and lyrical periods of the past. It was the aim of many Art Nouveau creators to bring beauty back to everyday objects. 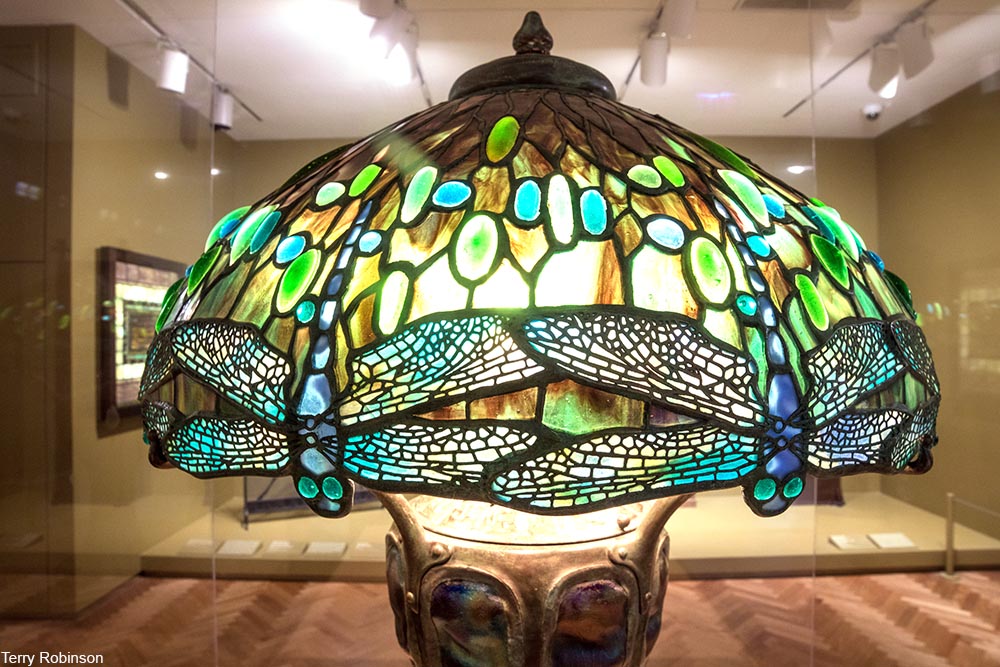 Animals were one of the main focal points of the movement. Toads, fish, and dragonflies adorned many of Tiffany’s most sought-after lamp designs in stained glass. The beauty of the different shapes in nature was brought into high gear with lavish materials like copper, brass, gold, and stained glass. These jewel-like decor items were emblems of a new way of thinking about art and nature.

The name “Art Nouveau” comes from the French term, but the style has many different names in different languages. The widespread use of this style meant that nearly every European nation between 1890 and 1910 had some elements of this movement coursing through its artistic communities.

Unlike the Arts and Crafts movement which followed, the complicated lines of many Art Nouveau pieces were hard to replicate by machine, such as the breathtaking buffet below which utilized curved pieces of wood, carved and joined to become seamless and flowing. 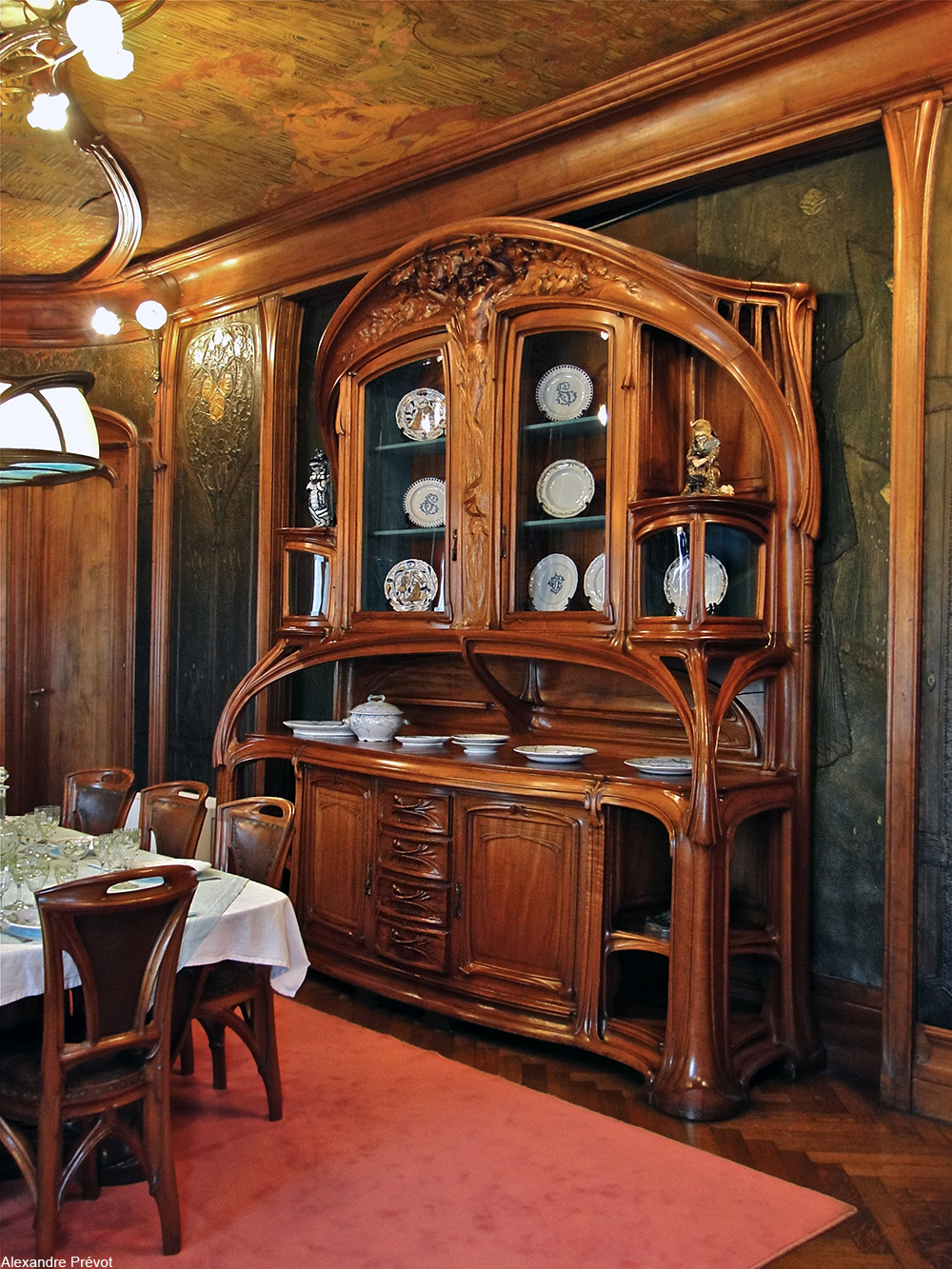 Everything from pottery to furniture to glass to fabric to advertising was influenced by the Art Nouveau style. 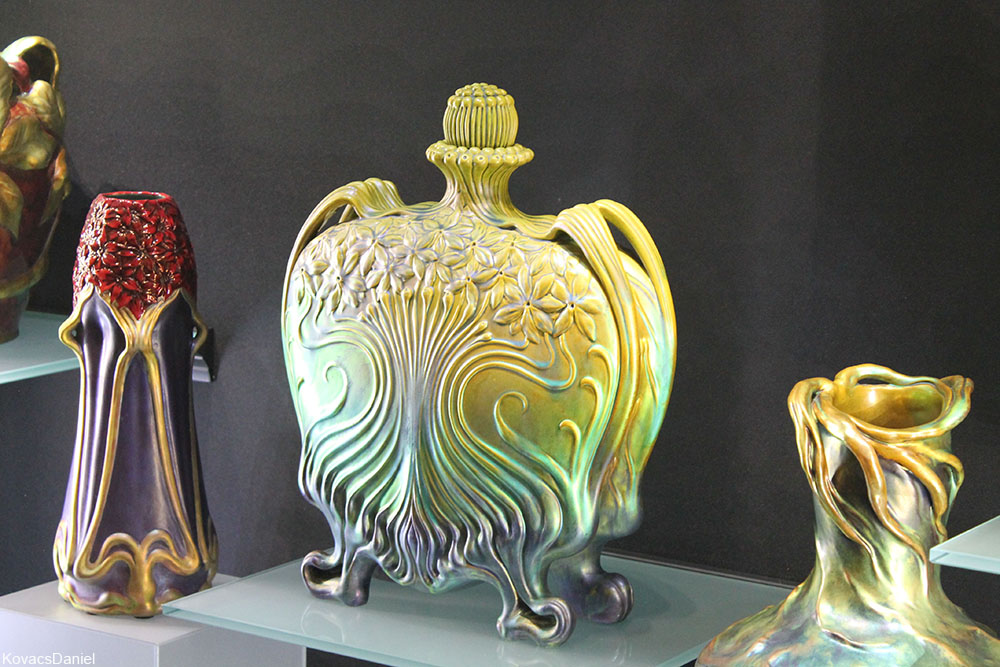 Architecture was another area where Art Nouveau flourished. The lines of plants heavy with dew and arching towards the ground as well as the seed pods of lily pads were common themes that lent themselves to archways, windows, and balconies across Europe. While there isn’t one epicenter where the style originated, Brussels is an important region in the history of the style.

The End of an Era 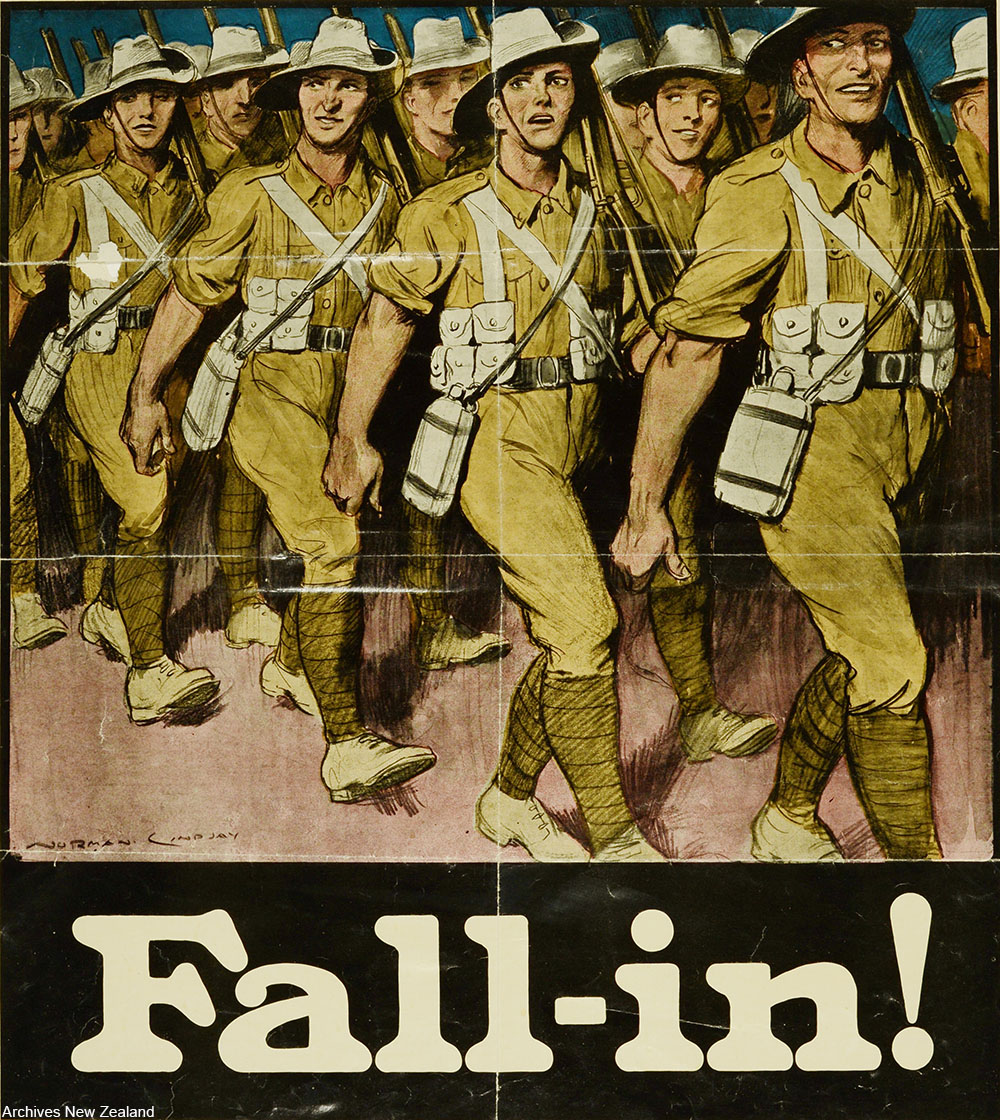 With the start of World War I, production of non-essentials was placed on the back burner to war work. The scarcities of the war meant that a new utilitarian aesthetic was emerging across Europe and the U.S. In countries that remained neutral during the war the style hung on a little longer, but the winds of change were pointing towards Art Deco.

By 1920 Art Deco (and the Streamline movement) had become one of the most popular in the world. Art Nouveau and Art Deco are often conflated today, but they draw on very different inspirations and occupy different eras.

The style of Franz Mucha has been recreated and repurposed many times over the years, most notably within the hippie subcultures of the 1960s. Despite the short window in which Art Nouveau was realized, many people today still adore the style. 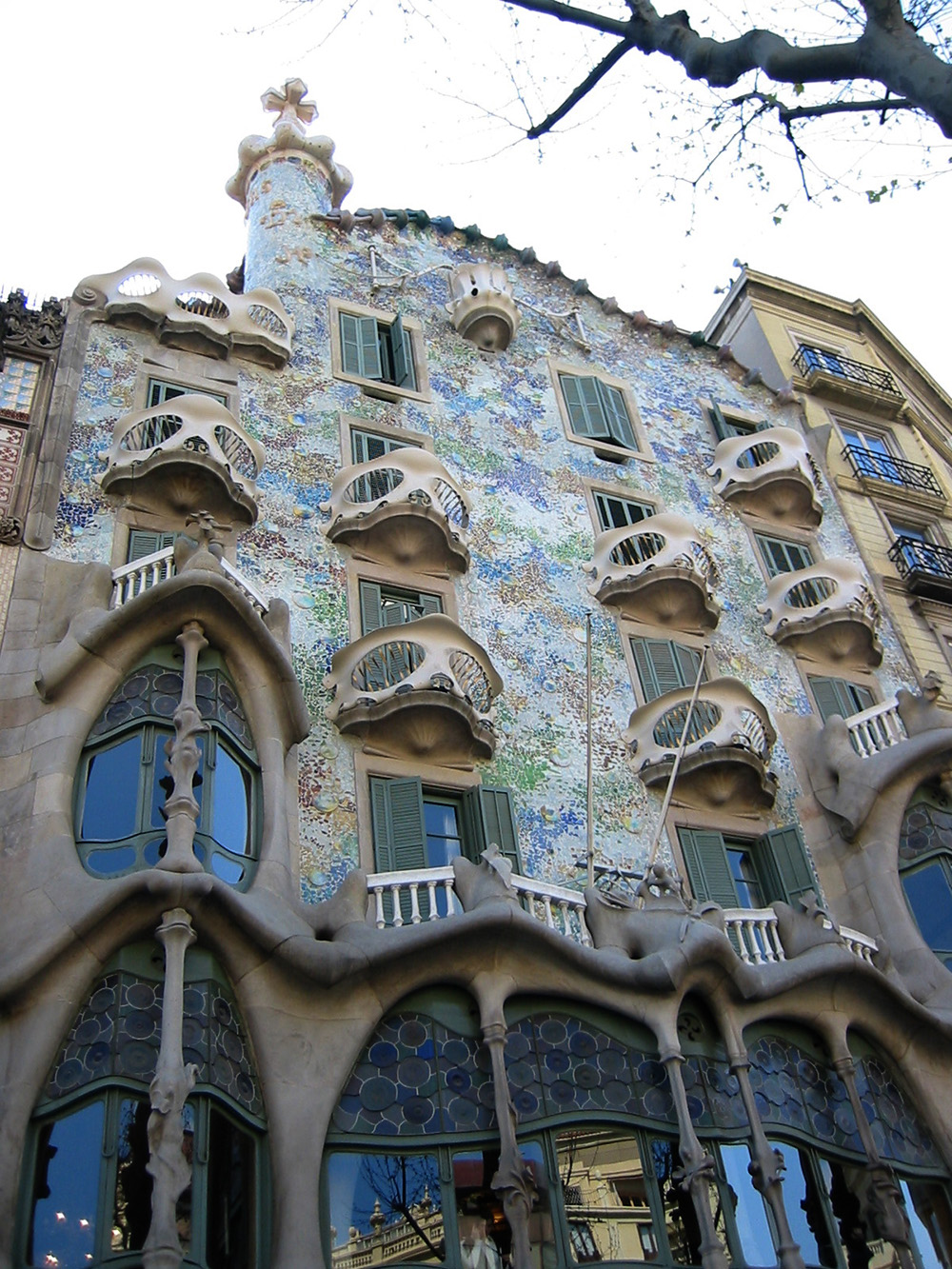 Across Spain the work of renowned architect, Antoni Gaudí, and others like him still grace the small streets, and contribute to high rates of tourism- particularly in Barcelona. To be sure there’s certainly nothing quite like Art Nouveau, a fact which makes it all the more special for those who are drawn to this style.