There are a great deal of Avon products that today are sold as antiques to those who don’t know any better. For the cheaply-priced items sold to those who hold nostalgic memories of Avon there is no harm in it. However, some of these mislabeled items are being sold at far above their true value in some antique stores. 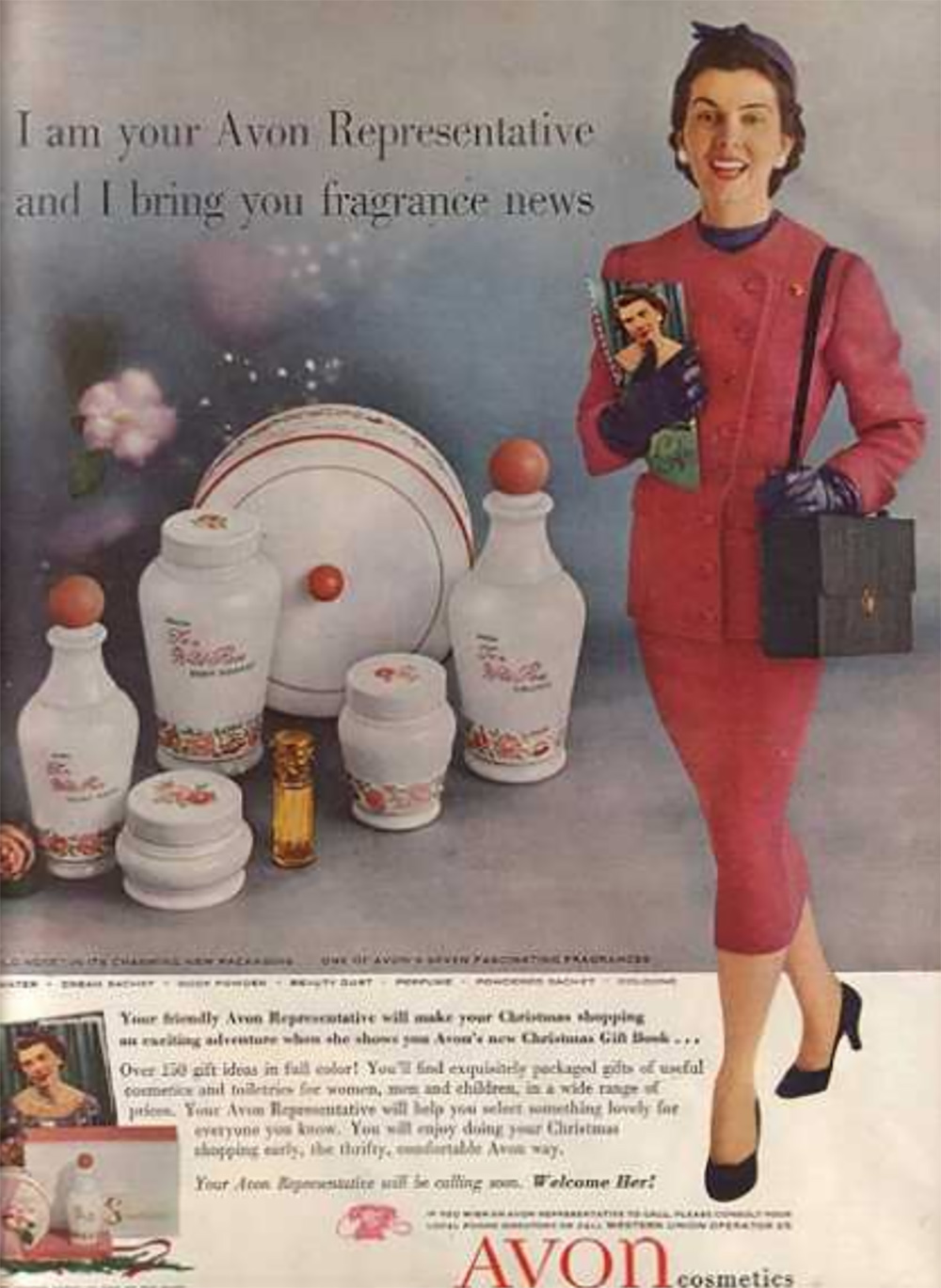 In 1886 the California Perfume Company was founded by David H. McConnell in New York City. This company would later become the Avon company that many of us grew up with. McConnell’s first business concept for the organization was to give away free gifts of rose perfume with the purchase of his books. However, ten years later he was selling his perfumes to women as a legitimate business all its own. The company name was later changed to Avon Products after McConnell’s son took over the business- based on the popularity of a perfume named Avon at the time. 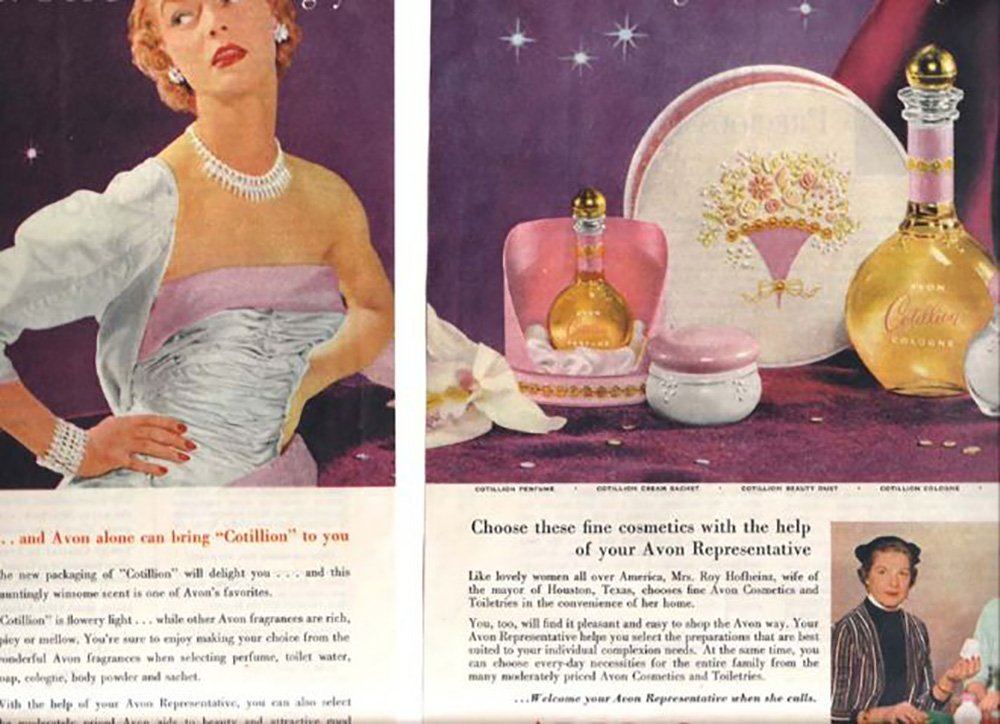 Ever since the creation of the firm, the selling tactic was direct marketing. Sellers could earn money and cut out the middle man simply by getting to know their neighbors and by hitting up their family members for an audience. This program was developed for Avon by Mrs. Persis Foster Eames Albee. By all accounts Albee was the very first Avon Lady.

Avon really got going in the 1960s when the brand became a household name. Makeup use by that point had become very common and it was considered a fun little luxury to indulge when the Avon lady came calling. Avon became known for their signature scents -not only in perfumes, but also their other products. Skin So Soft and the Pretty Peach talcum powder are two of their oh-so-distinctive scents that come to mind!

The company did a thriving business in retro items – a new concept at the time. For example, the fascination with both Victorian and 1930s styles during the 1970s bled into all kinds of products. This trend came right as Avon was branching out into new types of products- homewares and jewelry being two of the most popular. 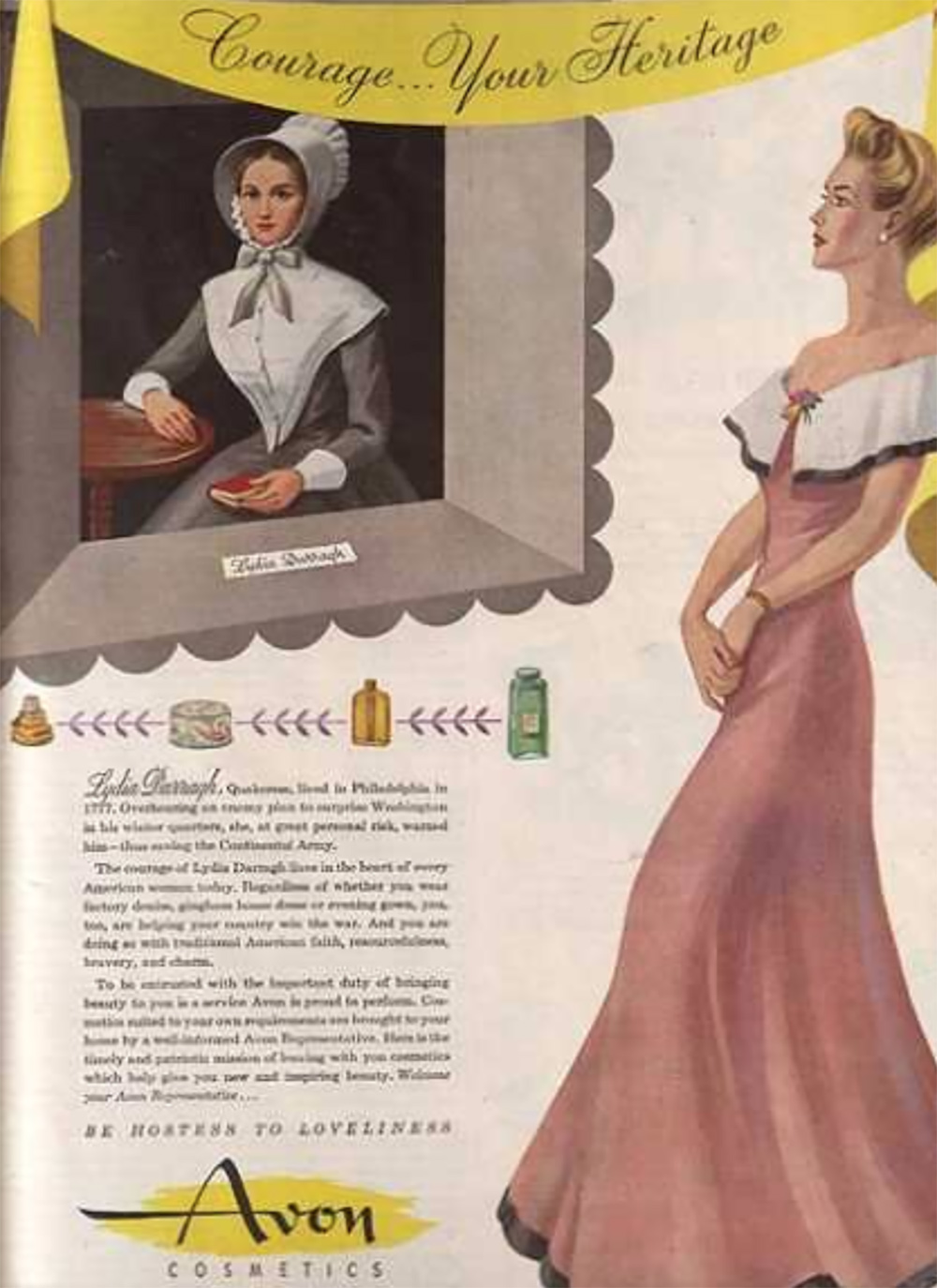 Have a look at some of the Avon items of the 20th century which often get mistaken for genuine antiques.

These originally held Avon bubble bath, but look deceptively like vintage Fenton Hobnail patterns! Based on the design alone these often get labeled as “Antique” or “Collectible” despite being fairly common. Another popular old-fashioned item were the blue milk glass pitchers with bowls, and these often are sold as being more older or more collectible than they are. Sometimes sellers don’t even know when something is Avon or not! 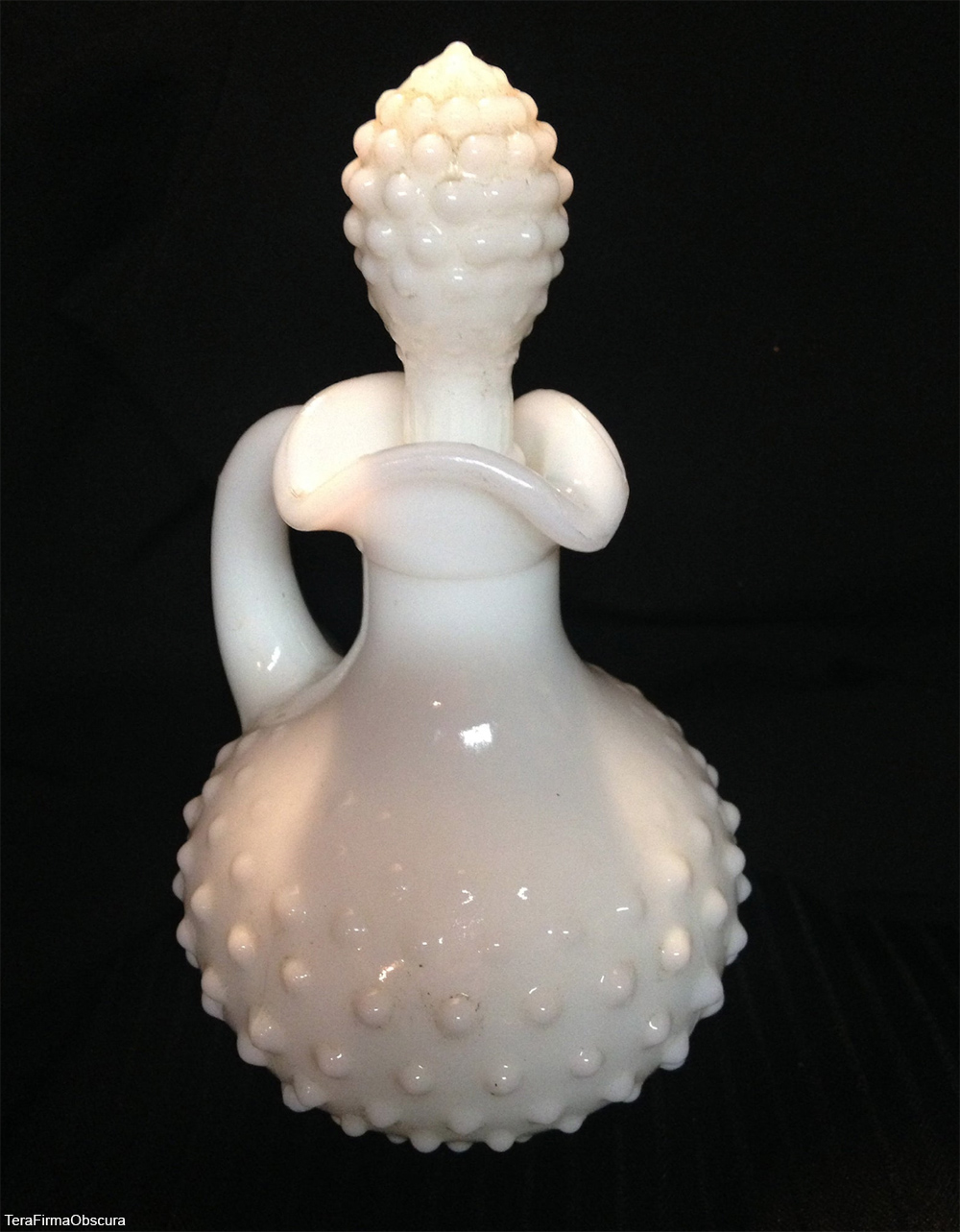 When Avon introduced jewelry to their range of products, their marcasite and faux marcasite designs mimicked those of the 1920s and 1930s, something which confuses people who don’t know better today. However, these rings should be marked with “Avon” inside an oval on the inside band, which does make it easier if you know what you’re looking for. 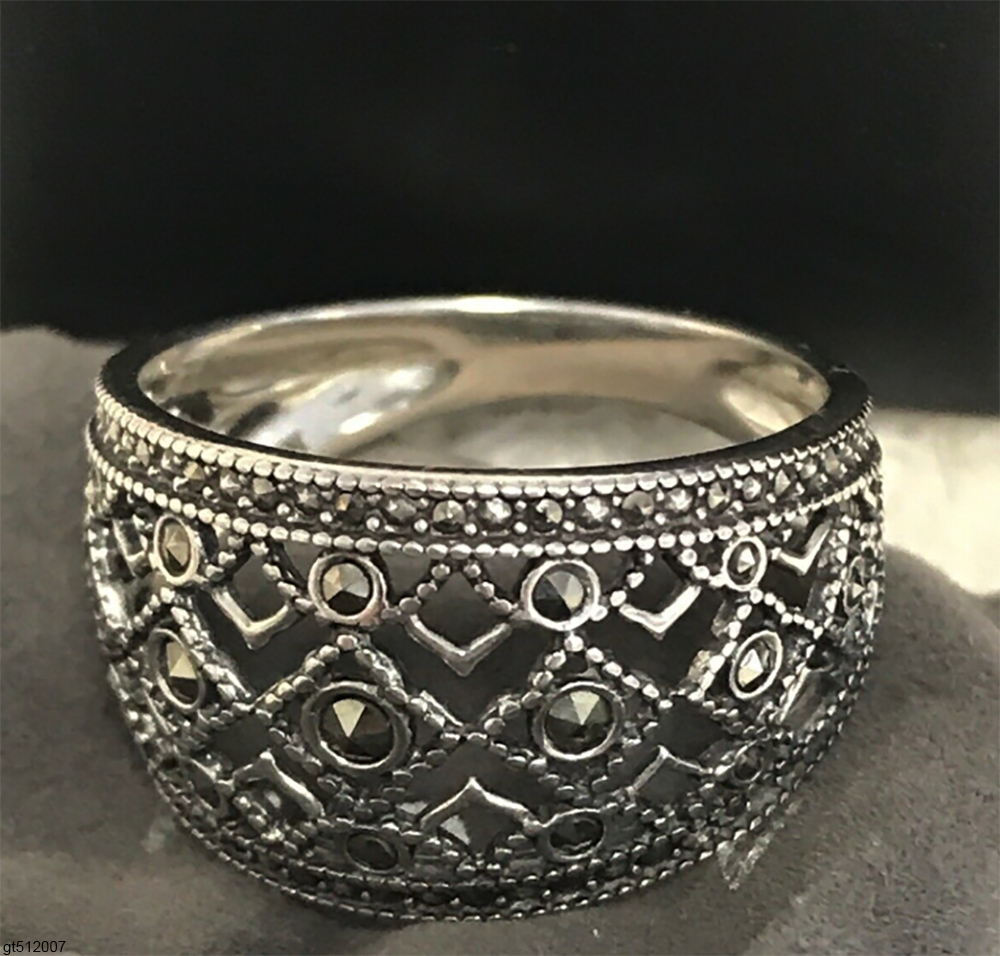 The same goes for the camphor glass jewelry of the era, something which often is mistaken for the real deal 1910s and 1920s designs. 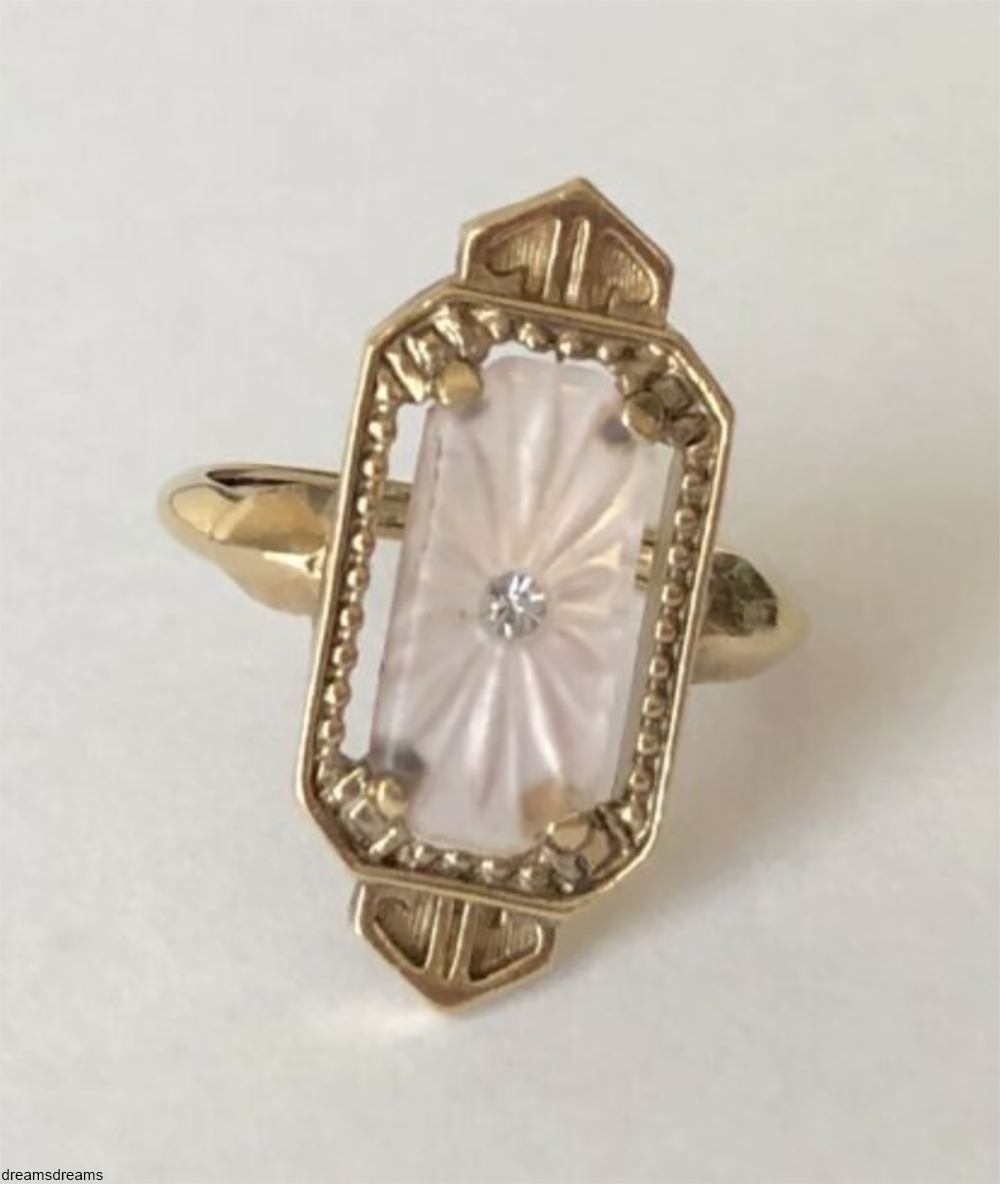 The ruby red Cape Cod “Depression” Glass pieces from Avon are truly beautiful. These were sold in 1975 as part of the 1876 Cape Cod Collection which was based on historic glassware designs. However, they are often sold as genuine or rare Depression glass to unwitting buyers who fall in love with the intense jewel-tone red color. These items should be marked on the bottom, although many pieces of Avon glass are not. 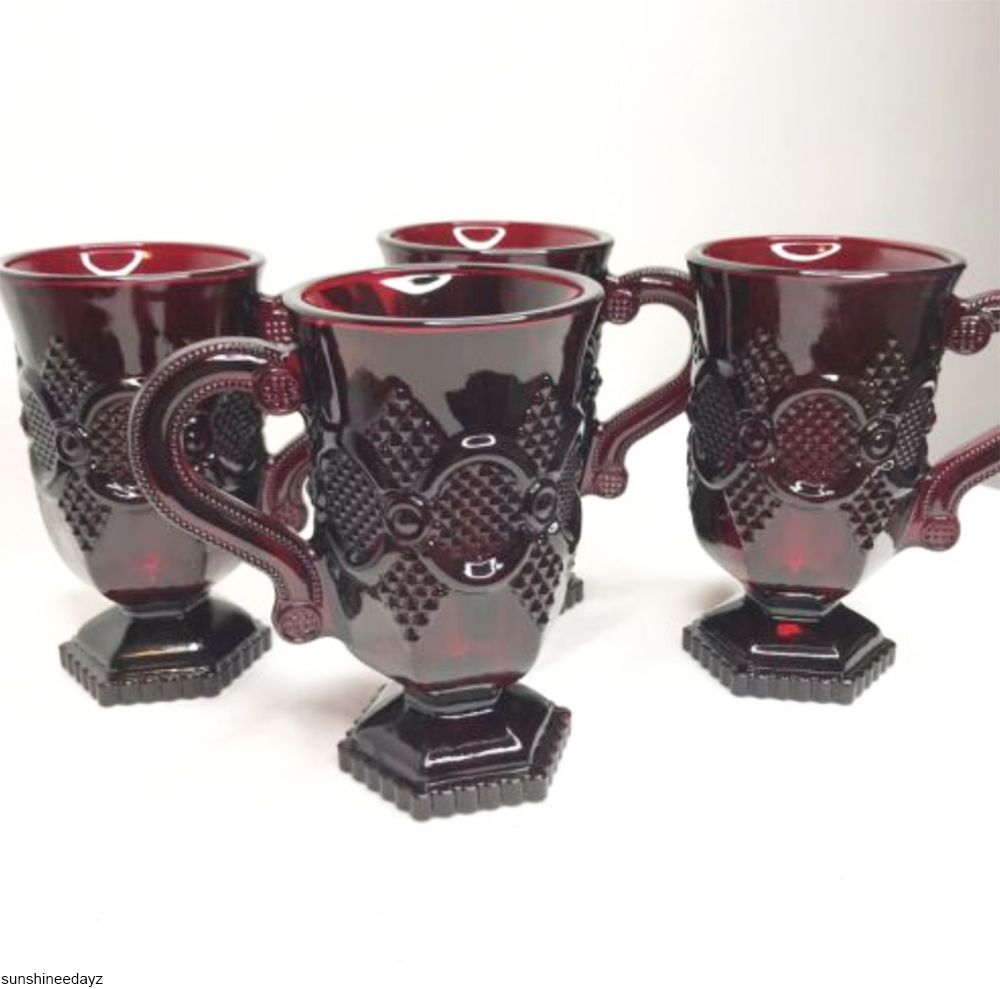 This is not to say that there are no antiques or true collectibles among the 130+ year history of the company. The single-note California Perfume Company bottles (Rose, Violet, Lily, Heliotrope, and Hyacinth) usually sell well the rare times they do come come up for sale, like the one below which sold for $83 in 2019. 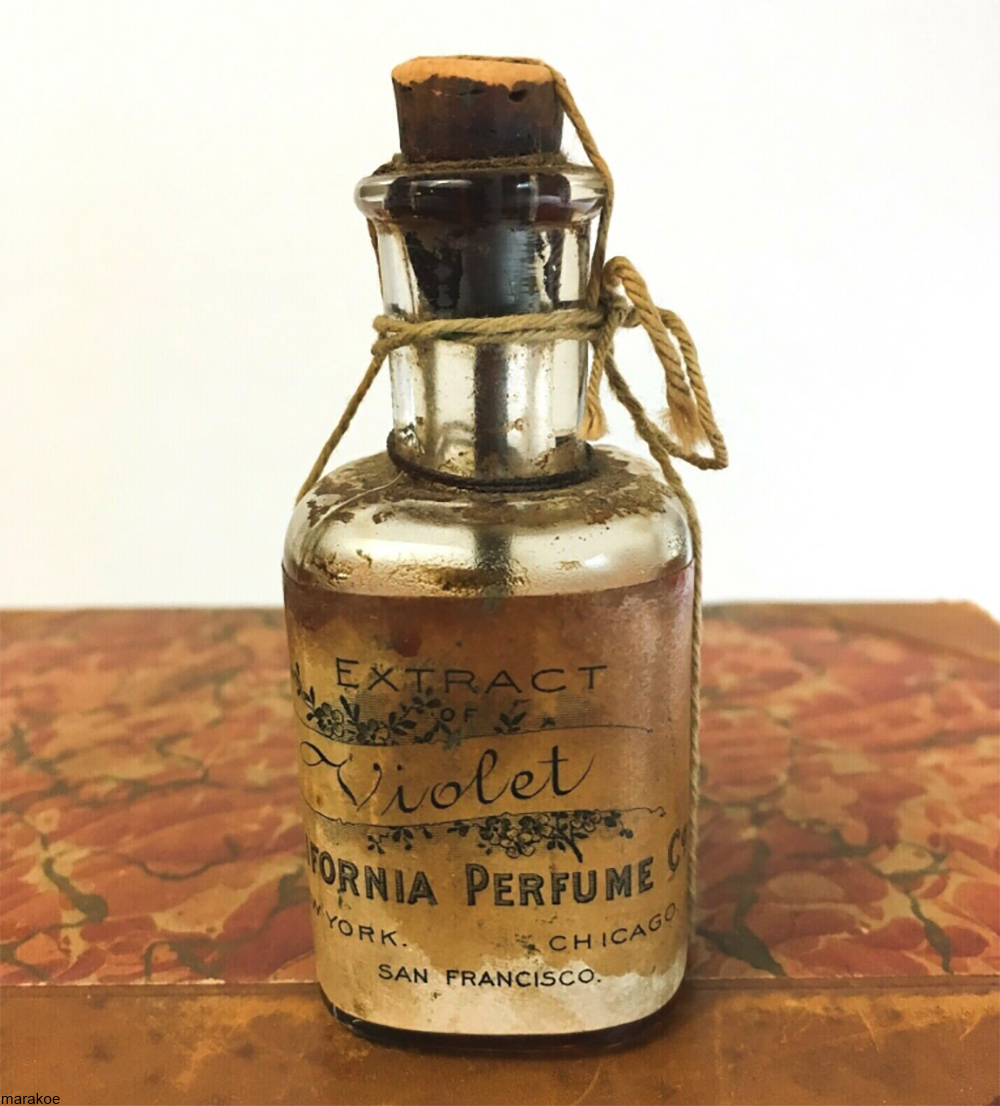 Have you ever collected Avon items? Which ones are your favorites?