The tradition of cuckoo clocks goes back to the 1700s in the Black Forest region of Germany. Since then, their popularity has changed with each era, but they remain a wonderful collectible. Travel to Germany or Switzerland and there will be ample opportunity to purchase a new cuckoo clock as a souvenir. But, some of the most beloved designs are vintage and antique cuckoo clocks. Have a look at the evaluation and pricing of these fabulous “knick knack” clocks below. 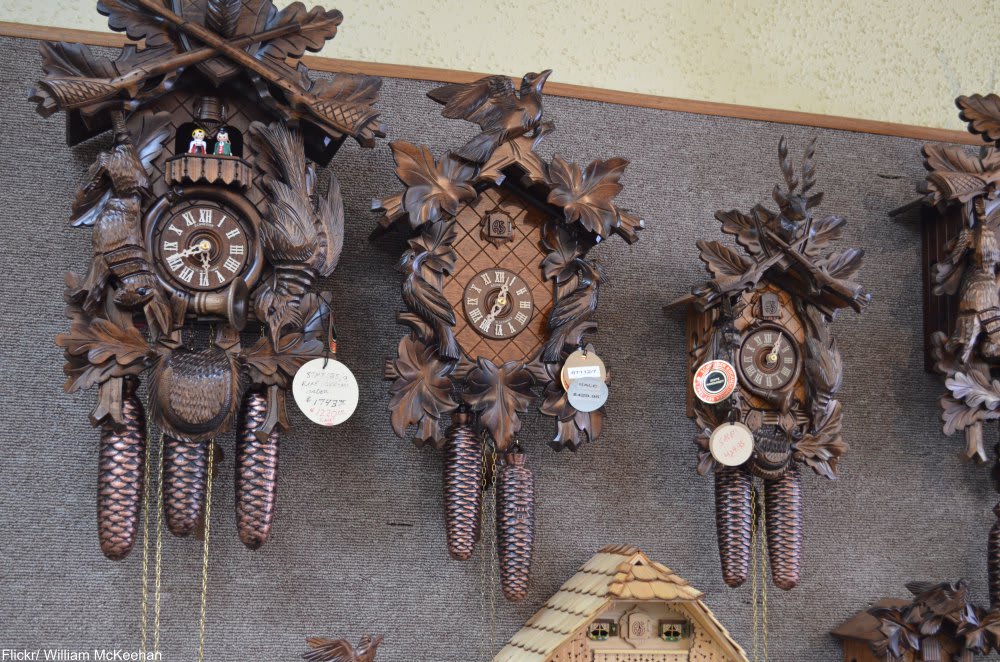 In 1730 a German clockmaker named Franz Anton Ketterer created the first cuckoo clock. The name derives from the double chirp made on the hour (and usually half hour as well) and the sound comes from two little pipes within the clock. 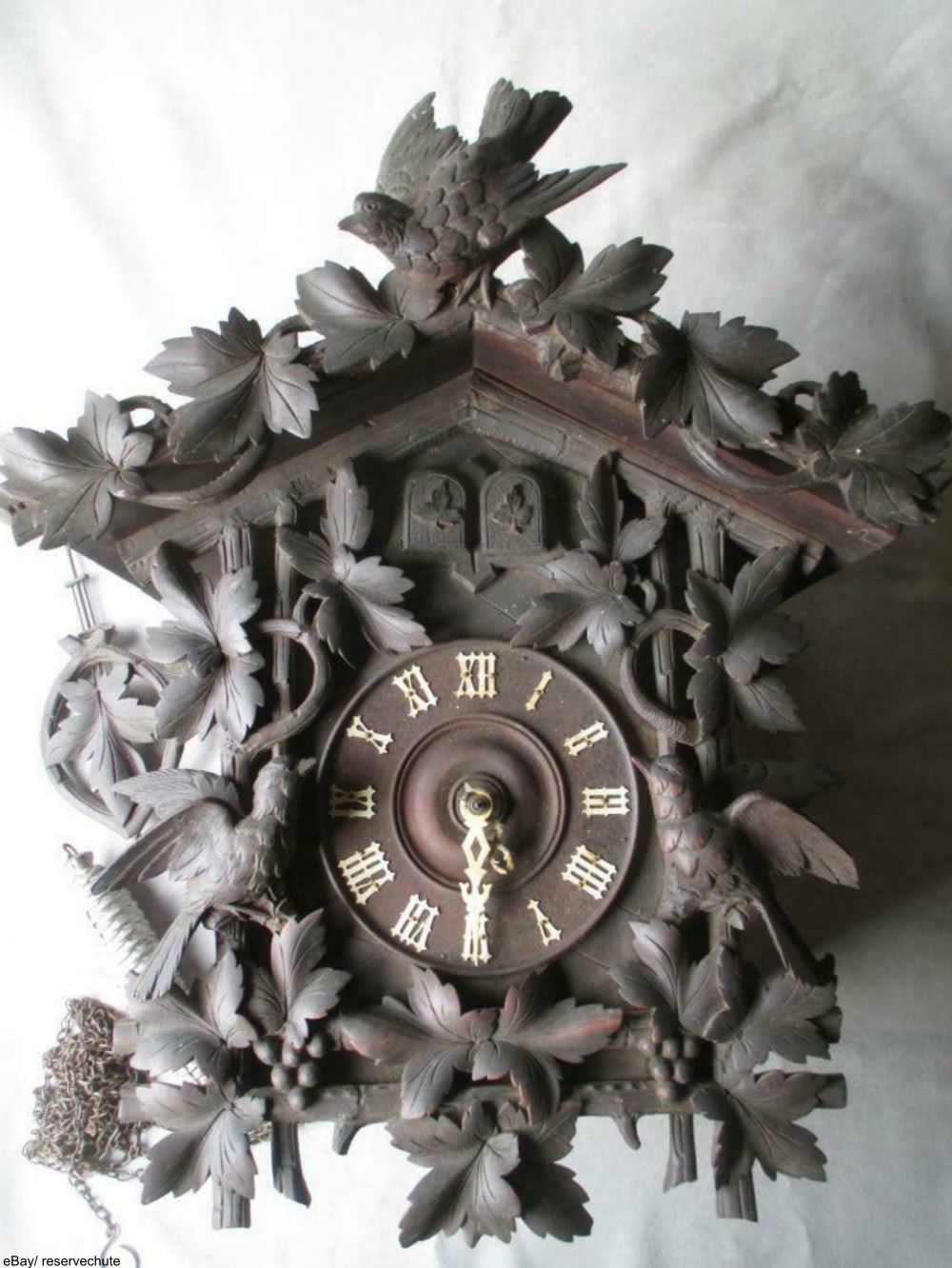 Cuckoo clocks have historically been known for their fine craftsmanship and the exquisite timepieces that drive them. This is not always true with clocks made in the 20th century, but in the 18th and 19th centuries clock making was an expensive and fine craft. People back then would not have settled for a clock that didn’t run well.

Cuckoo clocks most often have a bird that pops out on the hour, but these unique clocks can also portray maids, animals, soldiers, lumberjacks, or other figures. A man and women who follow each other on a track around the face of the clock is another common motif.

Most cuckoo clocks hang on the wall and many have two metal pinecones for weights. But, larger and more elaborate cuckoo clocks can sometimes be freestanding. These clocks often have more detail and as such are usually worth more than the more compact versions meant to live on the wall. 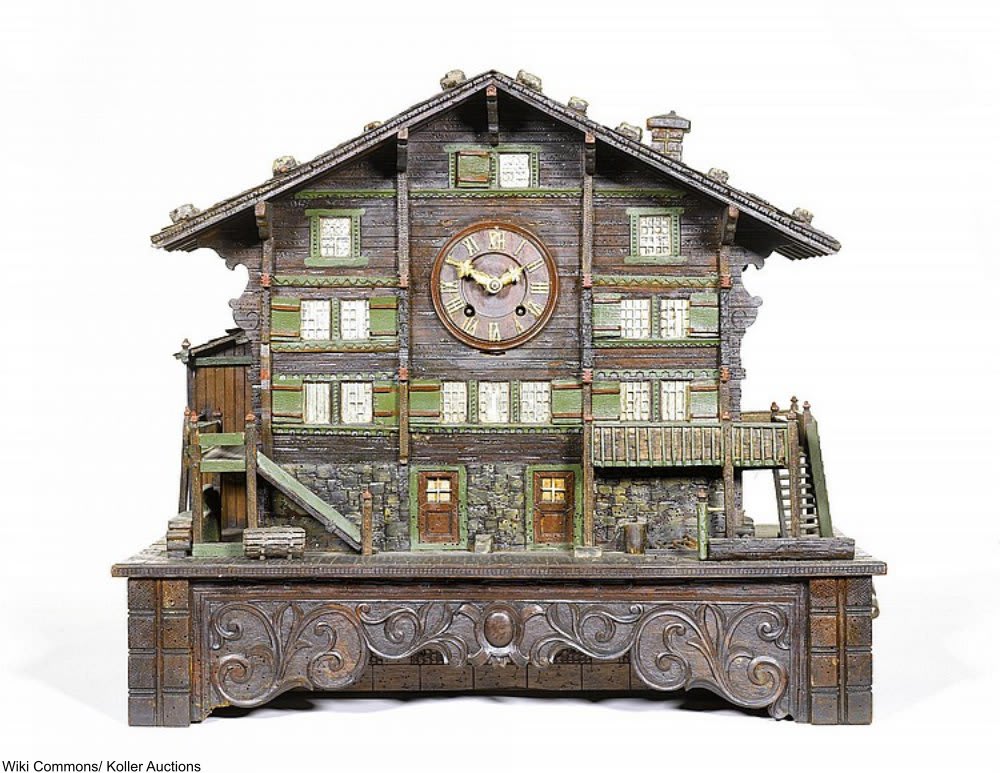 Collecting cuckoo clocks can be tricky since the style hasn’t changed much over the years and copies abound. The older styles of cuckoo clock did not always involve a house or chalet shape, so look for a wooden face case made from carved leaves, animals, or flowers as one sign of an authentic Black Forest made cuckoo clock. However, there is also a style known as the shield shape which can be far less elaborate in design. 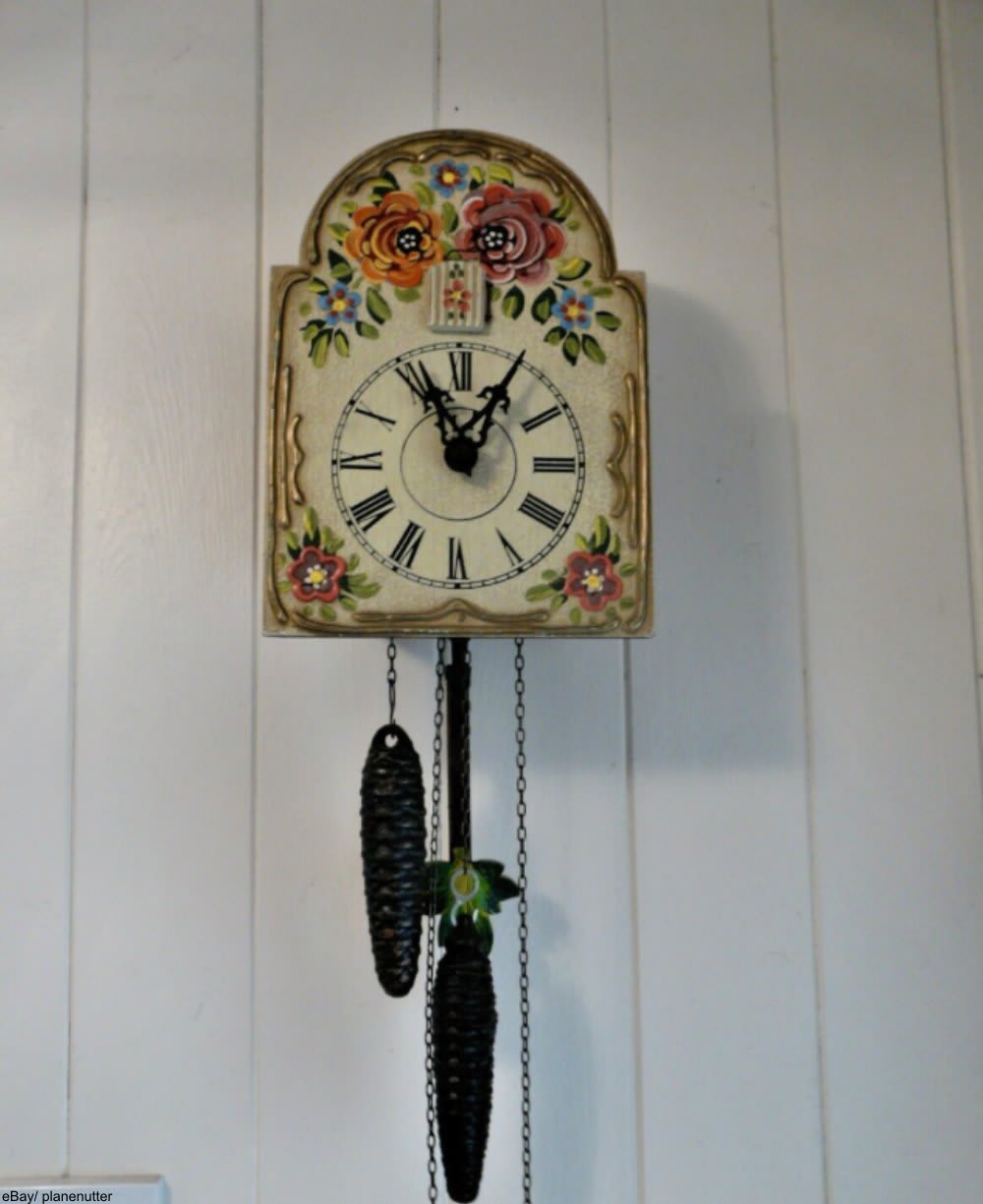 There are musical cuckoo clocks as well which have a tiny music box inside the casing. These have much more complicated mechanisms overall and are usually worth more than their chirping counterparts. Look for three weights instead of two to quickly identify musical cuckoo clocks.

Cuckoo clocks are easily damaged. Between their fragile decorations and the mechanical clock workings, many beautiful antique and vintage cuckoo clocks no longer work. Since repairs can sometimes be expensive, clocks that have sustained damage are worth less than clocks that are in good shape.

What Are They Worth?

Plastic copies of real cuckoo clocks, while they may look good from afar, have very little value today and most end up selling for between $20-$30 if they are in working order.

Handmade chalet cuckoo clocks are some of the most common and were particularly popular in the mid-20th century. While these vintage clocks can be awfully cute, their value is not always as high as an antique of similar design. A 1950s cuckoo clock can sell for between $50 and $1,000 with larger carved clocks selling at the higher end. 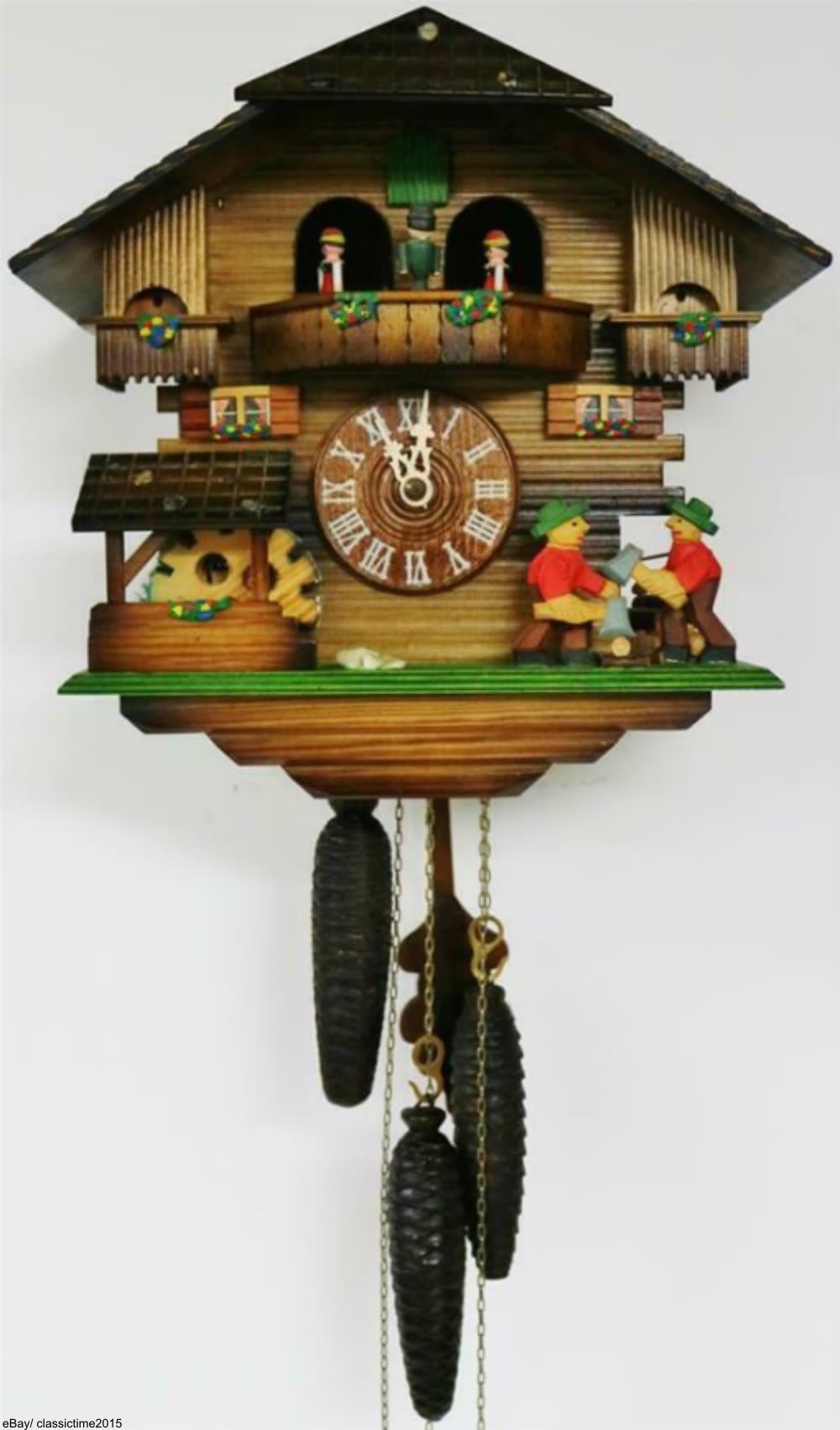 Antique carved German cuckoo clocks in elaborate carved designs can have been known to reach nearly $2,000 at auction for particularly fine examples and sometimes sell for more than $3,000 in rare cases. However, many antique cuckoo clocks will never realize this much value.

Some of the most valuable cuckoo clocks are musical ones which play melodies. In 2009 a musical automaton cuckoo clock sold for over $5,000.

Nostalgic hen on nest dishes and their value: Click “Next Page” below!