From cowboys to Mom’s kitchen, cast iron cookware has been popular in most homes since the mid-1800s for its durability, style, and ease of use. The fact that cast iron performs equally well in a hearth, over an open fire, or on a stovetop is reason enough for the heavy pots and pans to have remained popular for hundreds of years. Collectors have long been obsessed with collecting odd shapes and sizes, as well as collecting from their favorite makers. 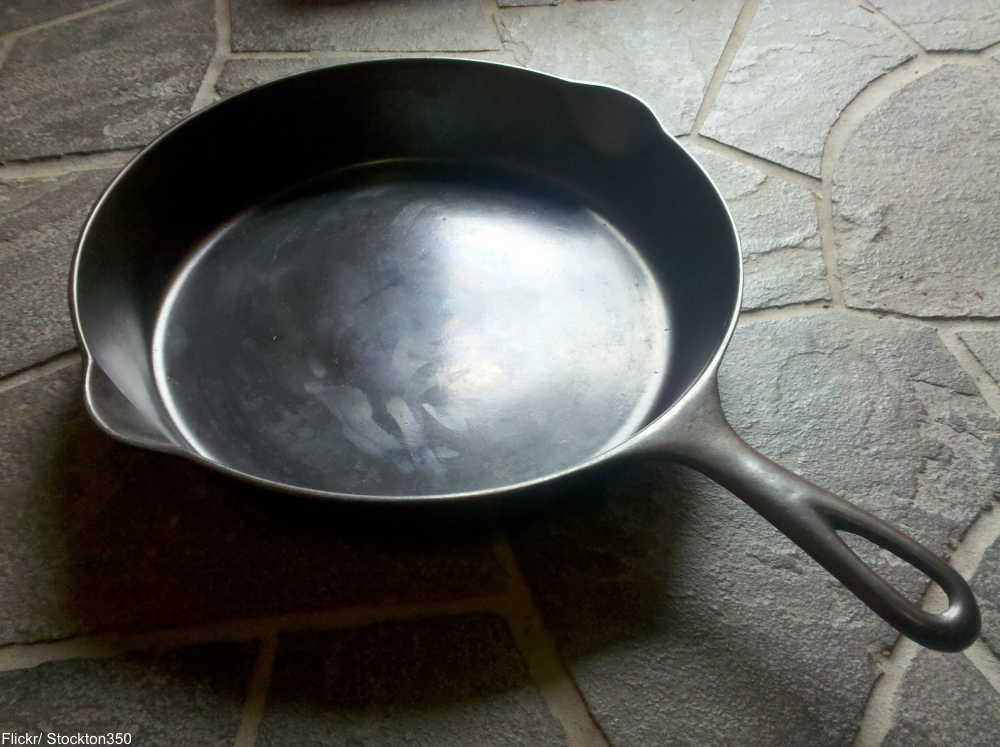 Cast iron had been used for cooking pots as far back as the 6th century in China, but it was not widely produced during that time. In 1707 a process for creating thinner cast iron of higher quality and at a faster rate in a process copied from the Dutch sand-cast method revolutionized the inductry (the 19th century staple, the Dutch oven, gets it’s name from the Dutch originals).

Some of the most common makers of cast iron cookware were Lodge, Wagner, and Griswold, with the latter two being the most highly desired in today’s market.

What Do the Markings Mean?

In contrast to what is widely believed, do not indicate the diameter in inches. The numbers on the bottom of cast iron pans refer to the burner size (or the size “eye” it would fit) on an old-fashioned wood burning stove. Sometimes the pans were even given away for free by the stove manufacturers.

Other markings on the bottom may indicate which mold was used to create the piece or a model number. 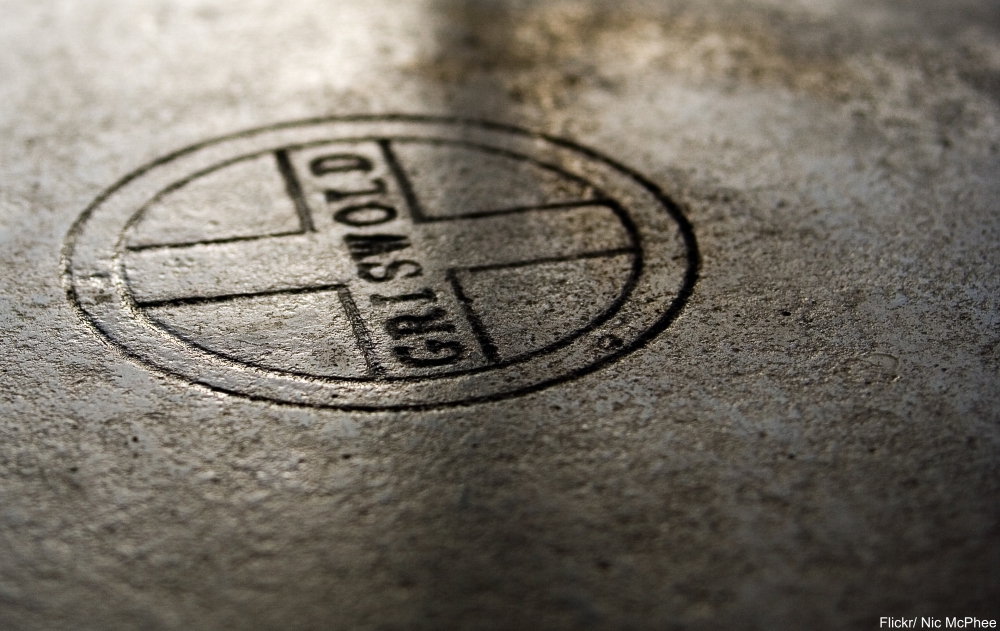 Griswold pieces are always marked with their cross logo, a spider and web, the company name, or “Erie” for their place of production. Because they are so highly desired, knock-off Griswold pans have been produced in recent years. As with many other knock-offs, the quality of production will be poorer on these reproductions. Look for crisp impressions on the markings and a smooth finish to the piece as signs you’ve got an original piece. 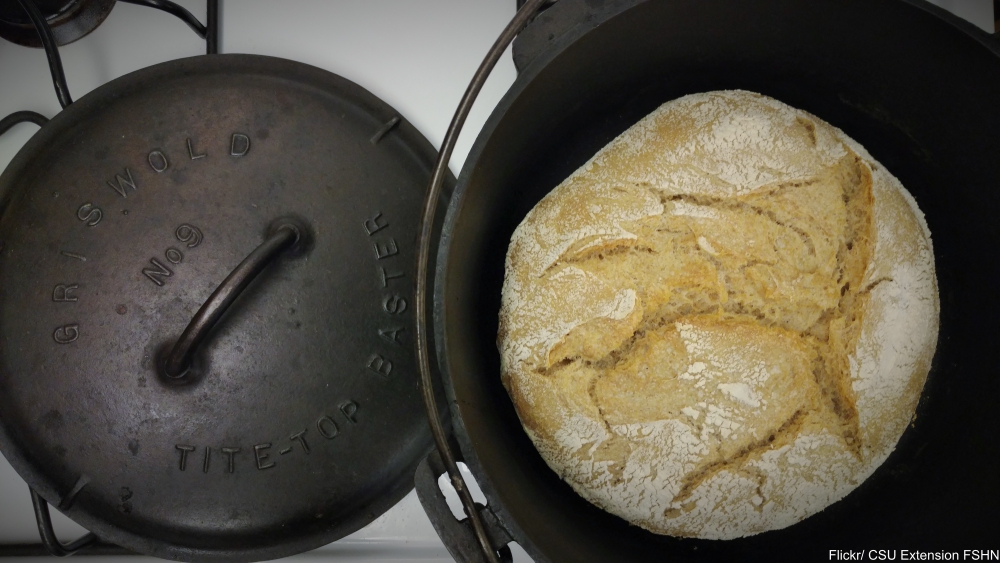 Wagner markings have also undergone many changes over the years. It’s important to judge a piece by its quality and let that be your guide in determining if it’s a modern piece or an old one.

What Are They Worth?

While all of us have used a skillet, the same cannot be said of some of the more obscure cast iron pieces floating around out there. Dutch ovens, muffin pans, and waffle irons are just a few of the many hard-to-find pieces that have been gaining in value lately. 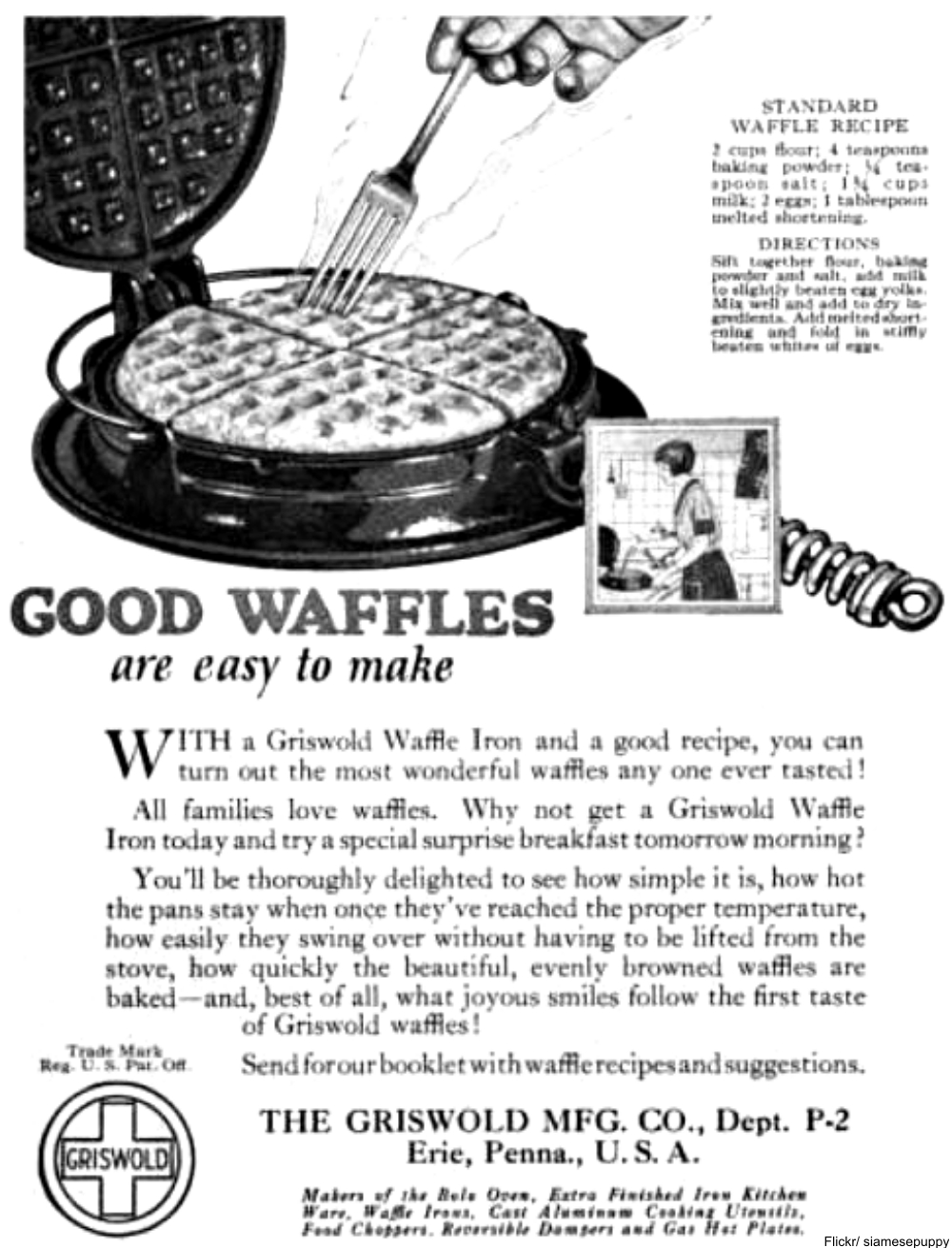 You can still sometimes find pieces from lesser-known brands at flea markets for under $20. But, we’ve seen Griswold and Wagner cast iron pieces selling in the $100-$400 range depending on the style!

If you loved this then click the “Next Page” button for a look at the old kitchen stoves that are making a comeback!