Antique Halloween Greeting Cards Are So Quaint (And a Little Spooky)

Greeting cards were once a novelty, a little luxury that showed you were thinking of someone at the holidays or on their birthday. Halloween greeting cards are still being made today, but are not the thrilling diversion they once were. Halloween was once quite a different holiday, with dressing up and trick or treating reserved for Thanksgiving. And, ghost stories were once traditional at Christmas time. Just take the lyrics to “It’s the Most Wonderful Time of the Year” as an example of how engrained the Yuletide ghost story tradition was. But, the scarier elements of both Christmas and Thanksgiving were shifted to Halloween, once known as Samhain, leaving the other celebrations as more cozy and homey holidays.

With the advent of more advanced printing techniques around the end of the 19th century, the concept of greeting cards began to take hold. Valentine’s Day, Christmas, and even Halloween were harkened with these colorful little mementos. Have a look at some of the most charming ones below. 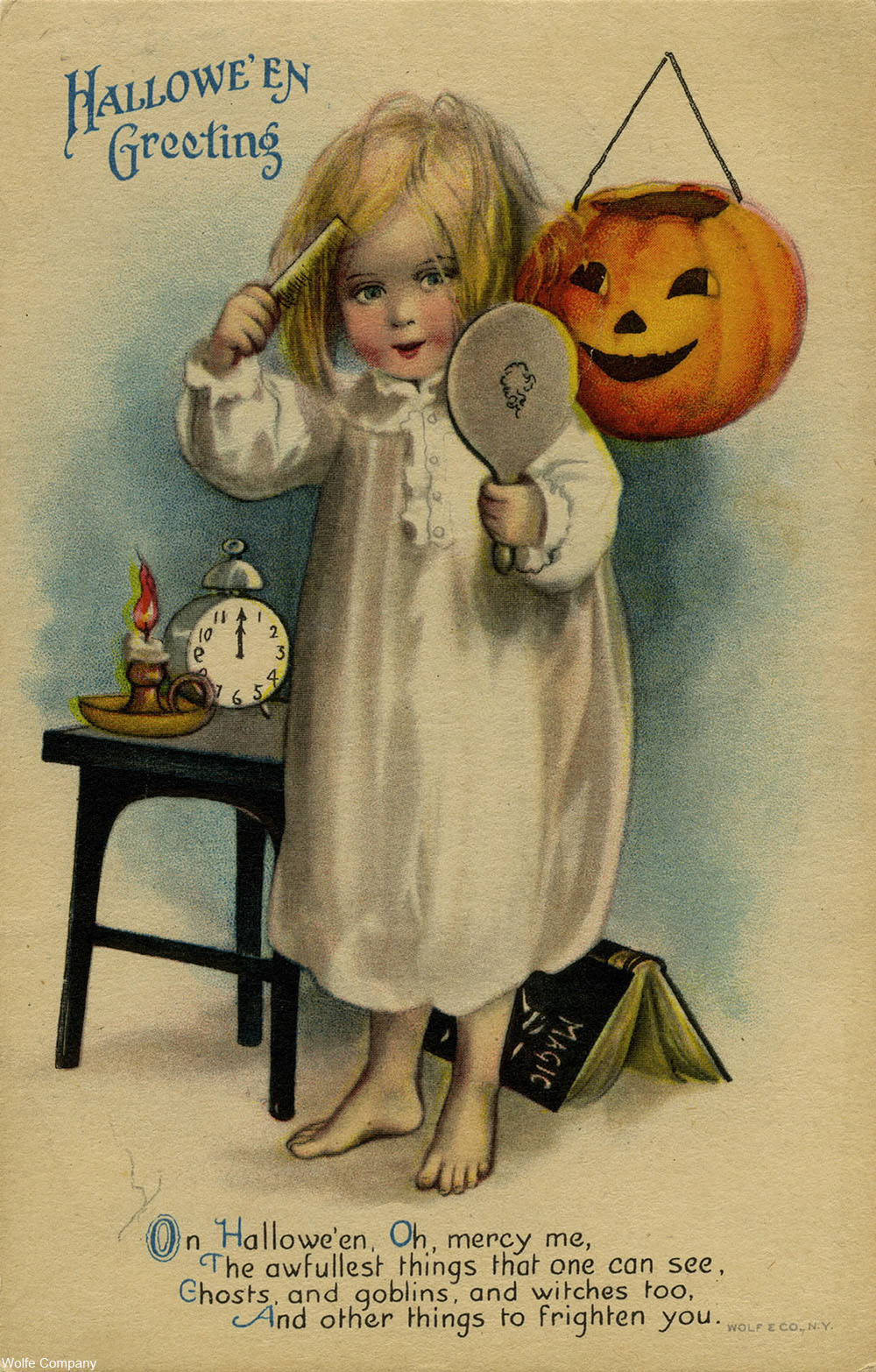 While spooky subjects are of course one of the main depictions, there is also an aspect of antique Halloween cards that focuses on party games, fortune telling, and divination of the future by mirror. This last one seems to have centered around young women and been done in order to ascertain who you were likely to marry! 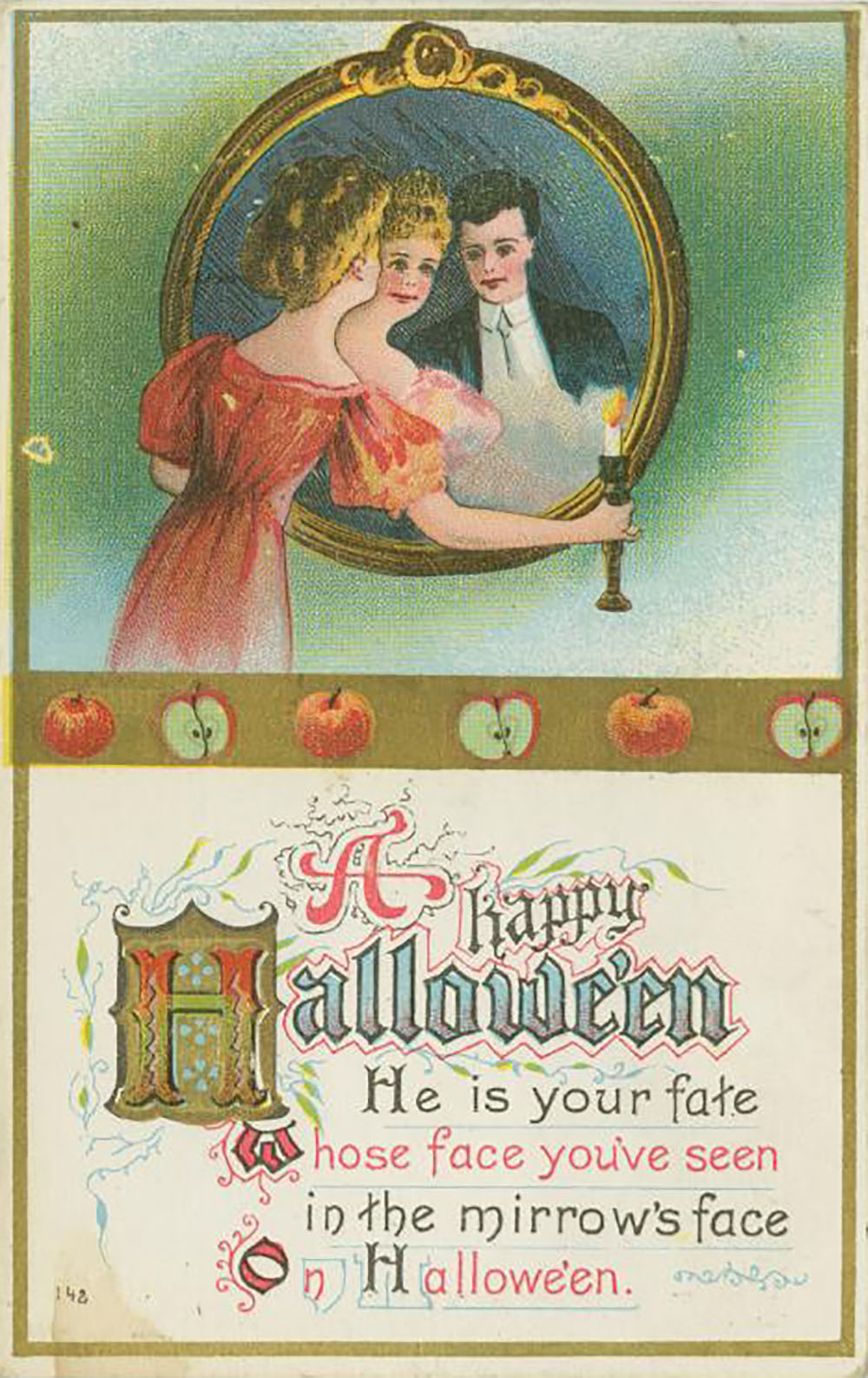 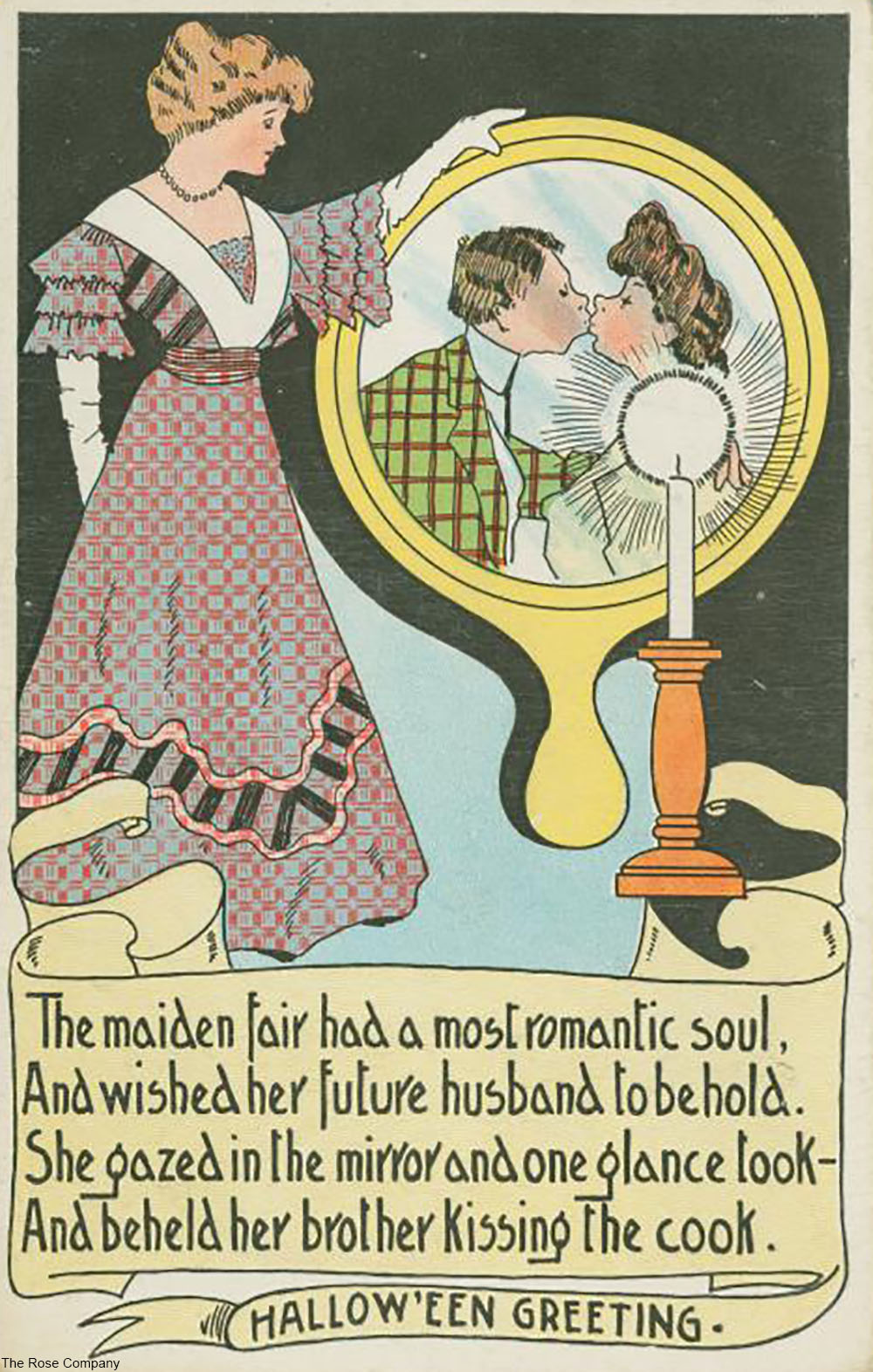 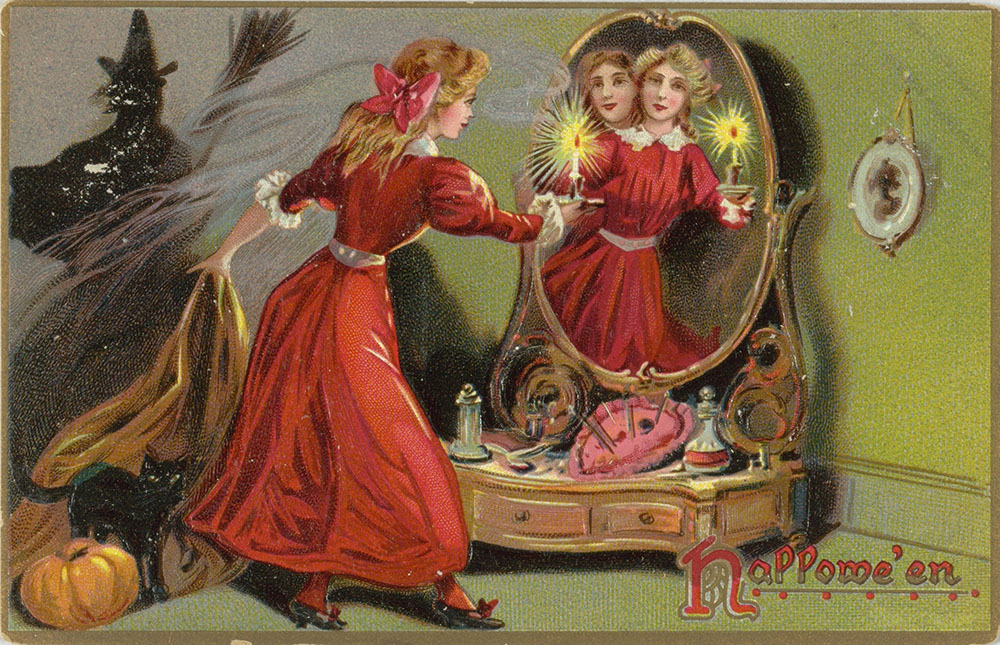 Bobbing for apples was another commons depiction, symbolic of fall and winter fun at any party in the old days. 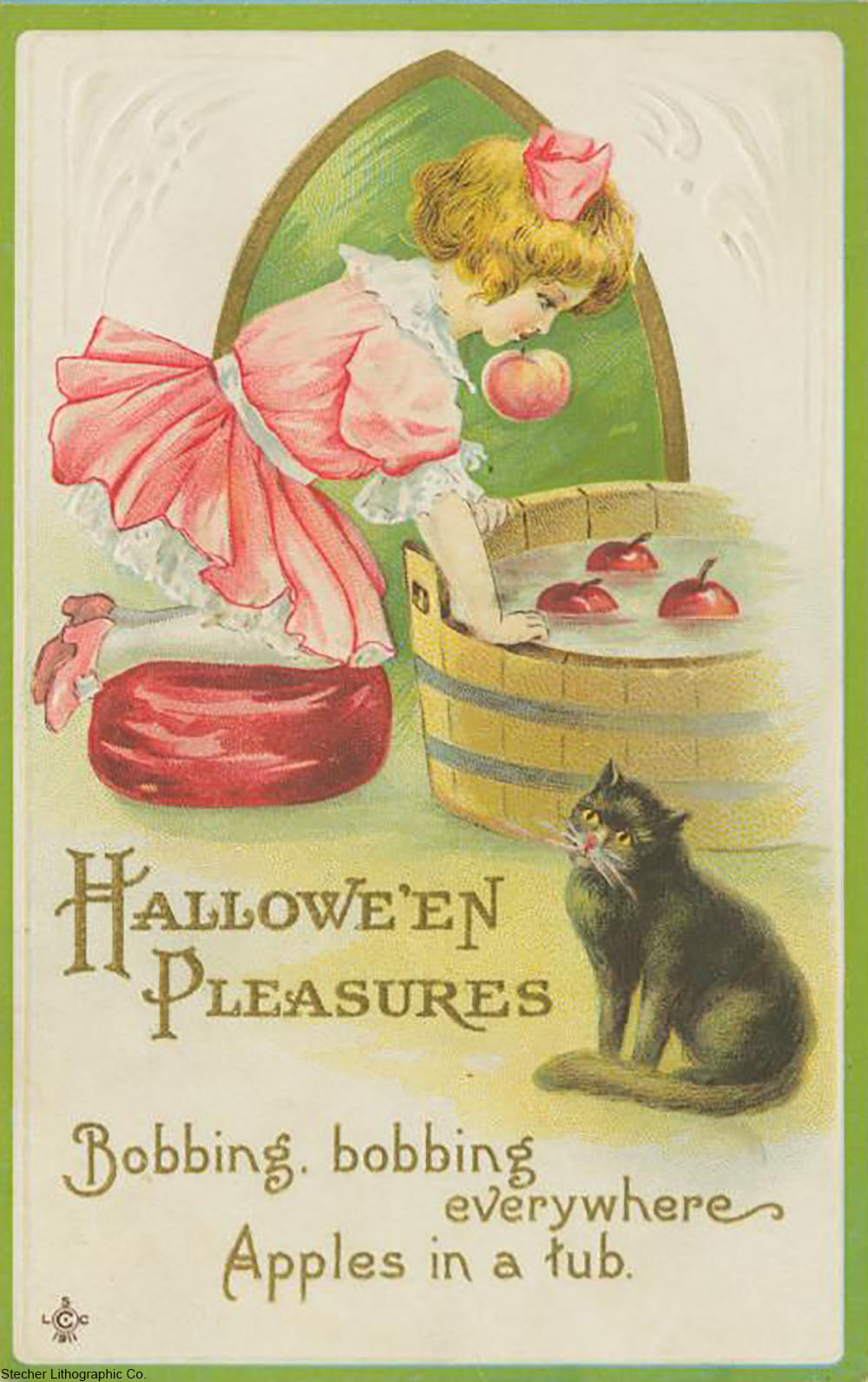 A common theme was also that of pranking people. It seems some people really took this aspect of the holiday to heart. 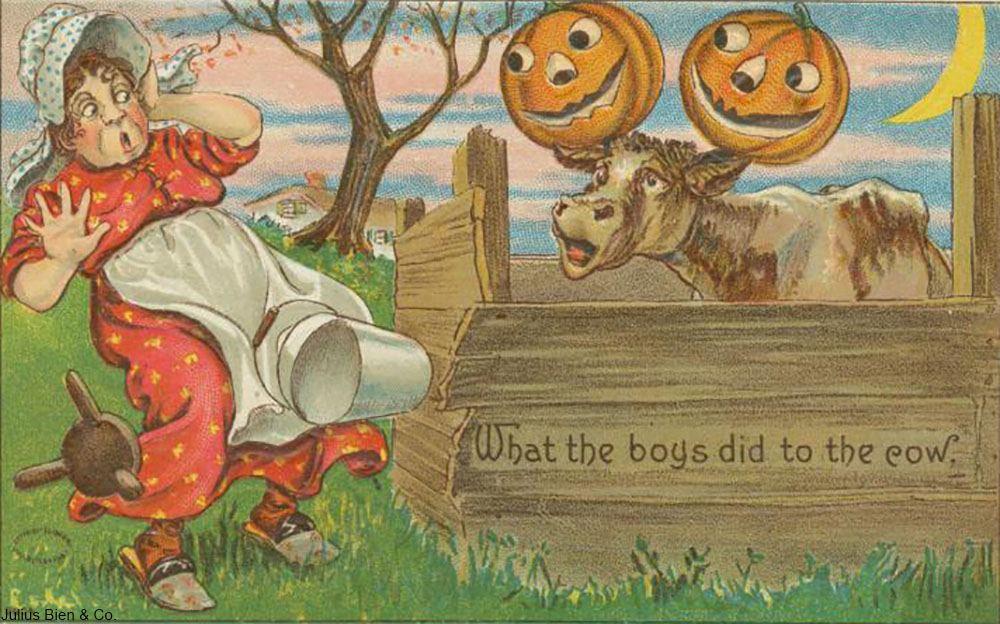 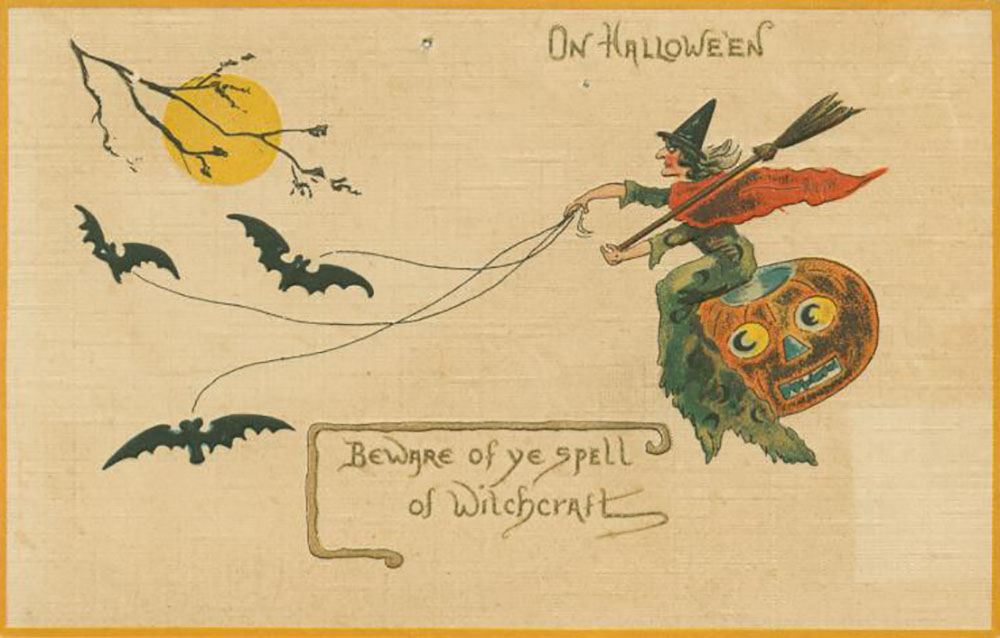 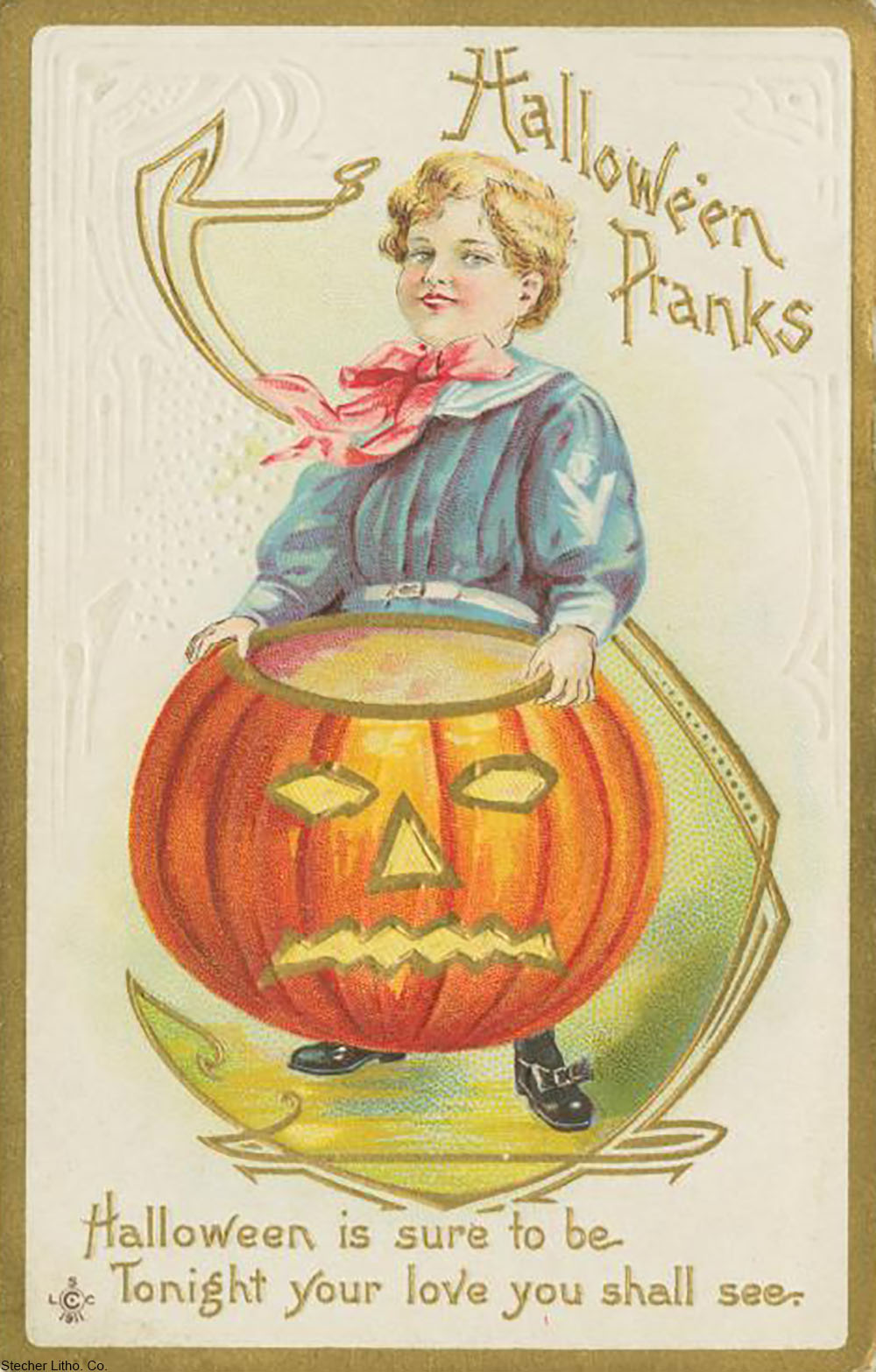 Some of these old cards have a sort of Valentine’s Day message of love to them! 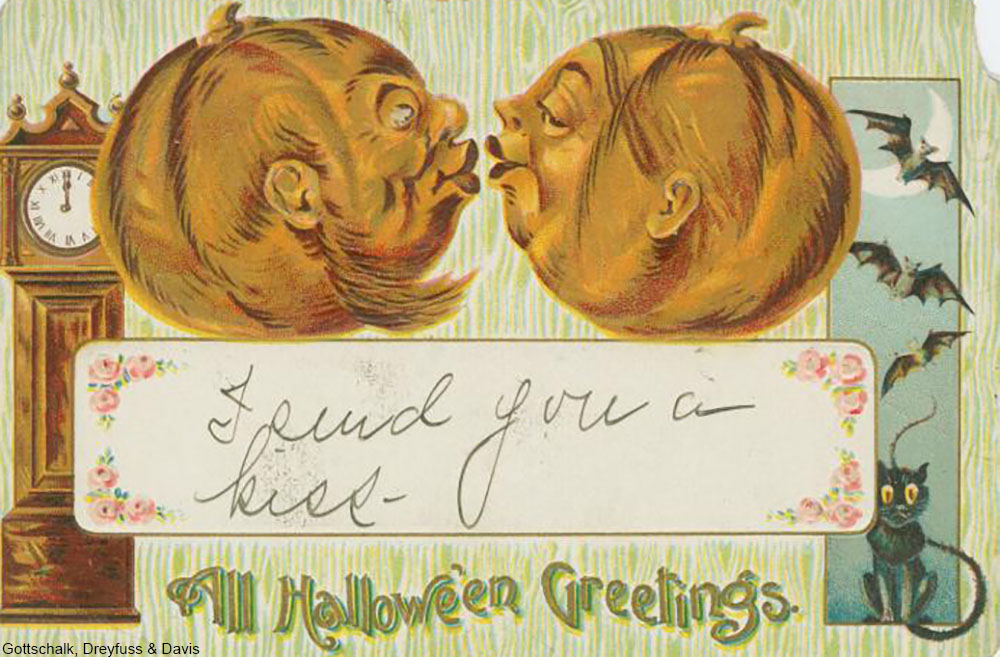 Other subjects are general supernatural events or beings, like imps, fairies, and jack-o-lanterns come to life. However, these appear to be more playful than scary. Of course, this was long before the first horror film was ever made. Perhaps that has something to do with it! 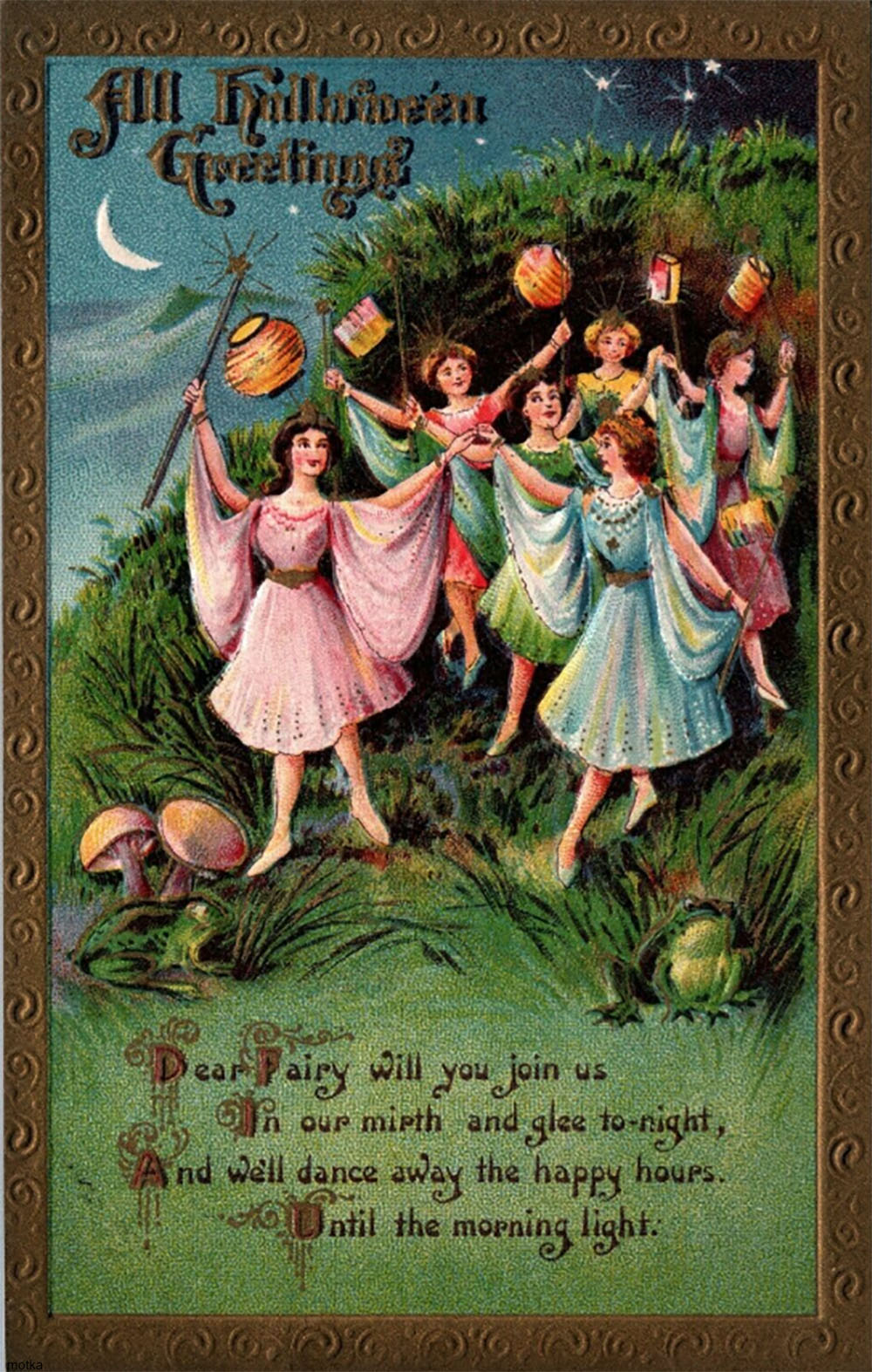 And, of course witches, moons, and black cats feature heavily as well. What would Halloween be without these icons? 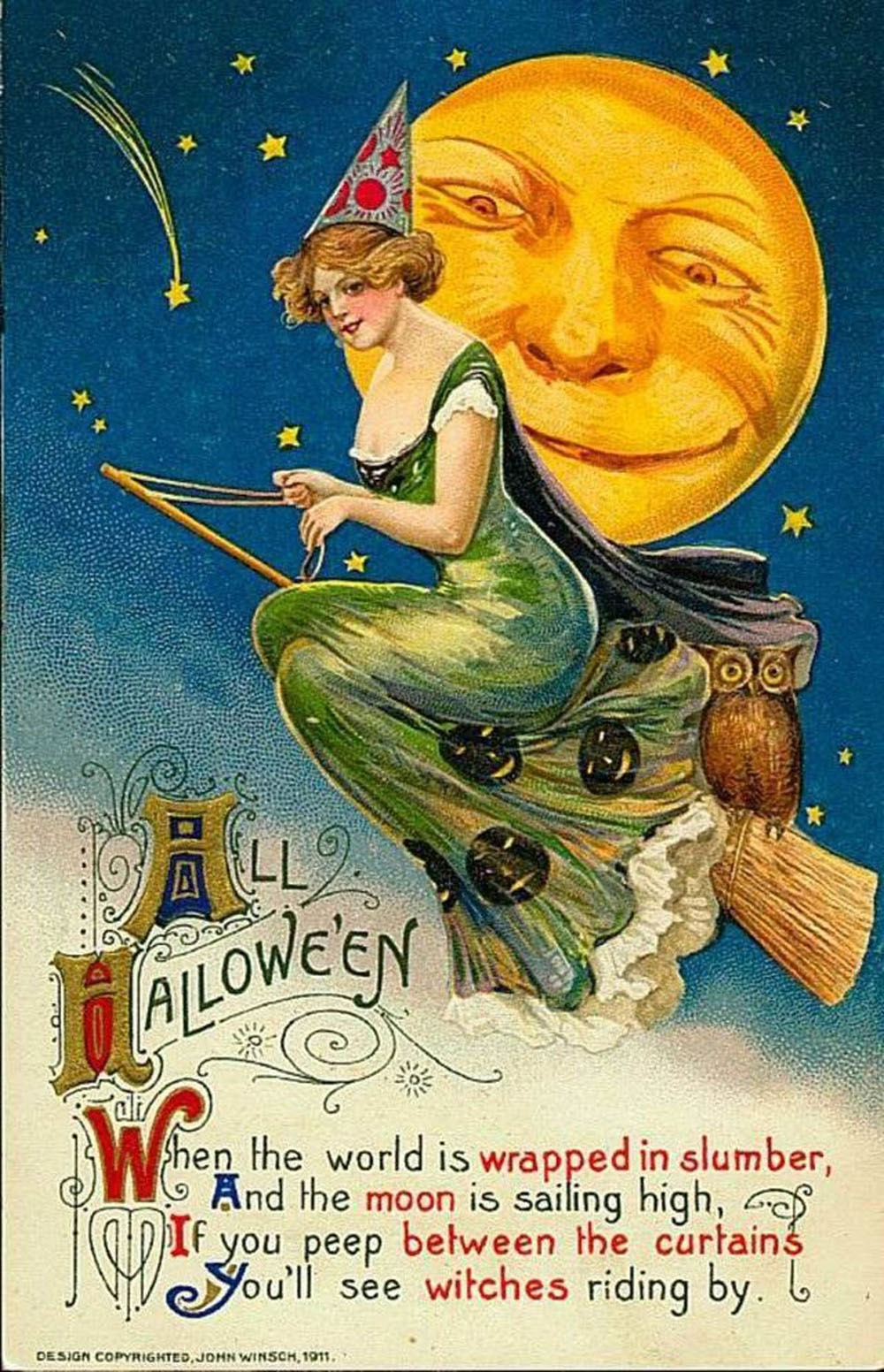 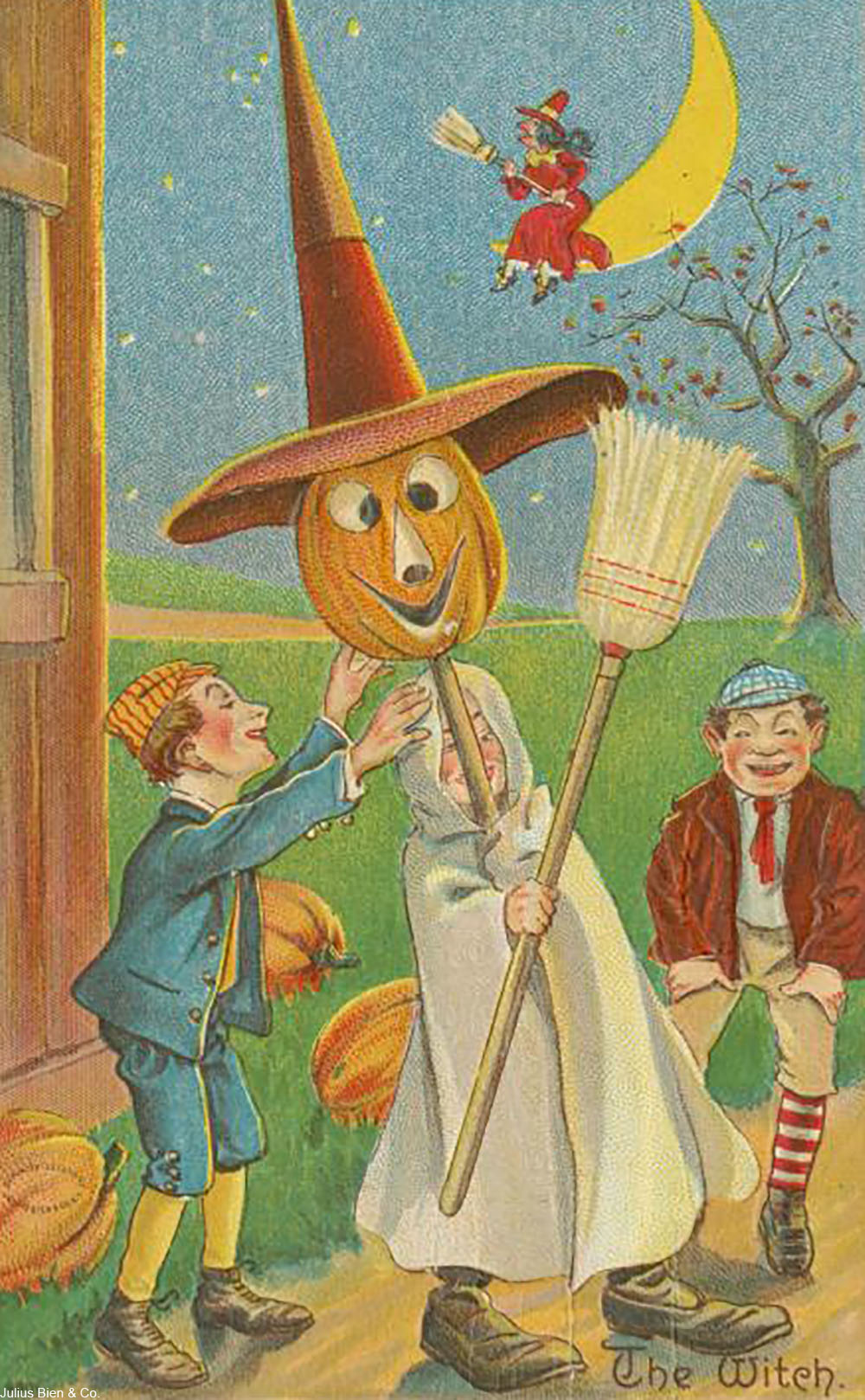 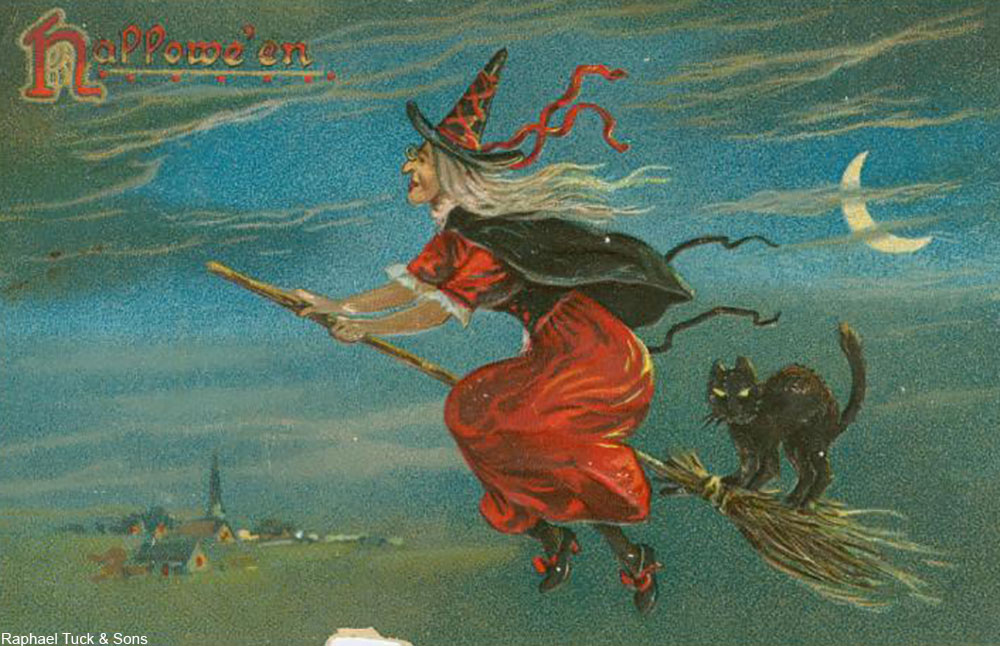 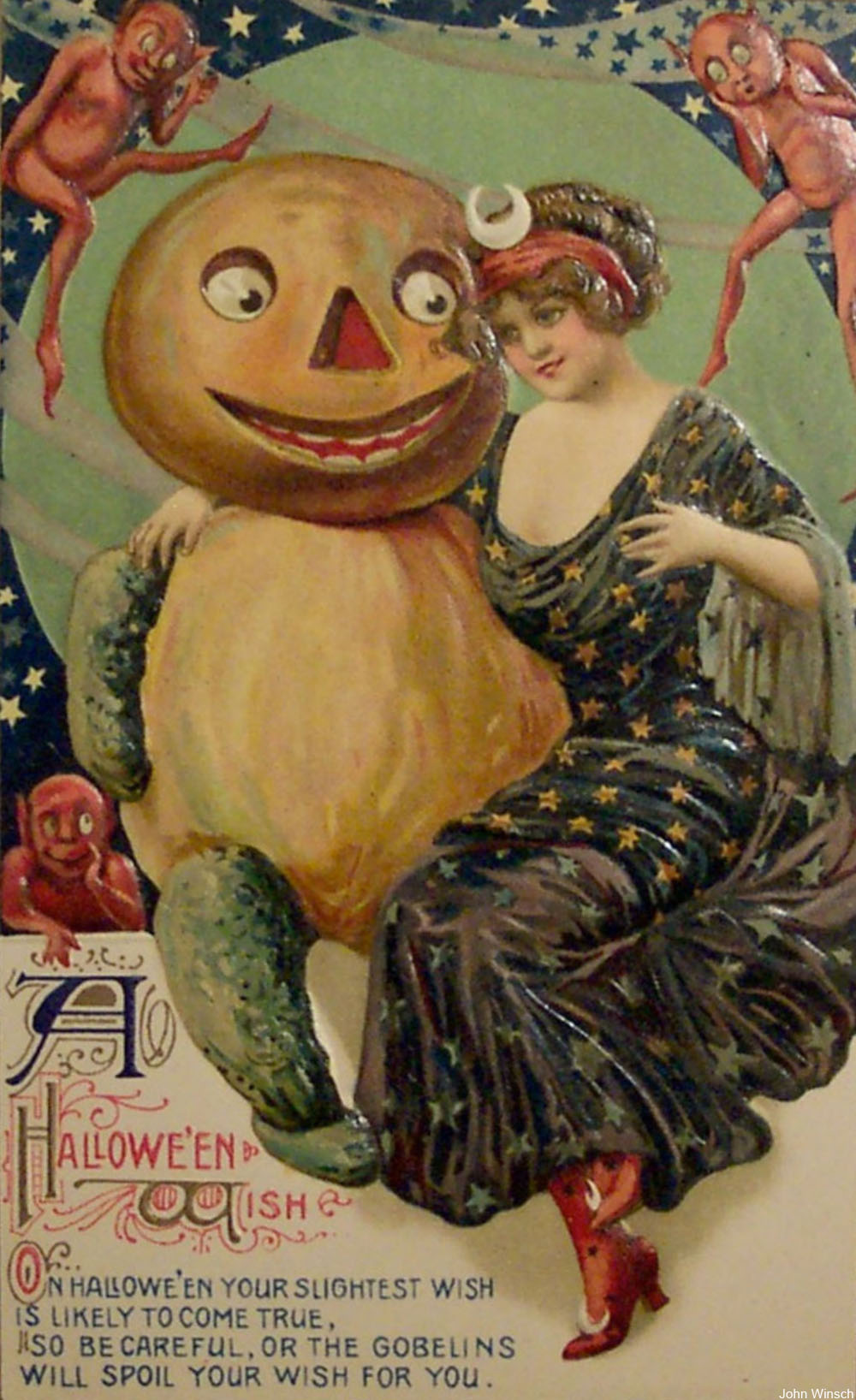 And, the cherry on top is this card which wishes the recipient a “Merry Hallowe’en” in what seems like a confused sentiment that combines both Christmas and Halloween. On the other hand it’s such a great card that maybe we can get on board with saying this phrase in future! 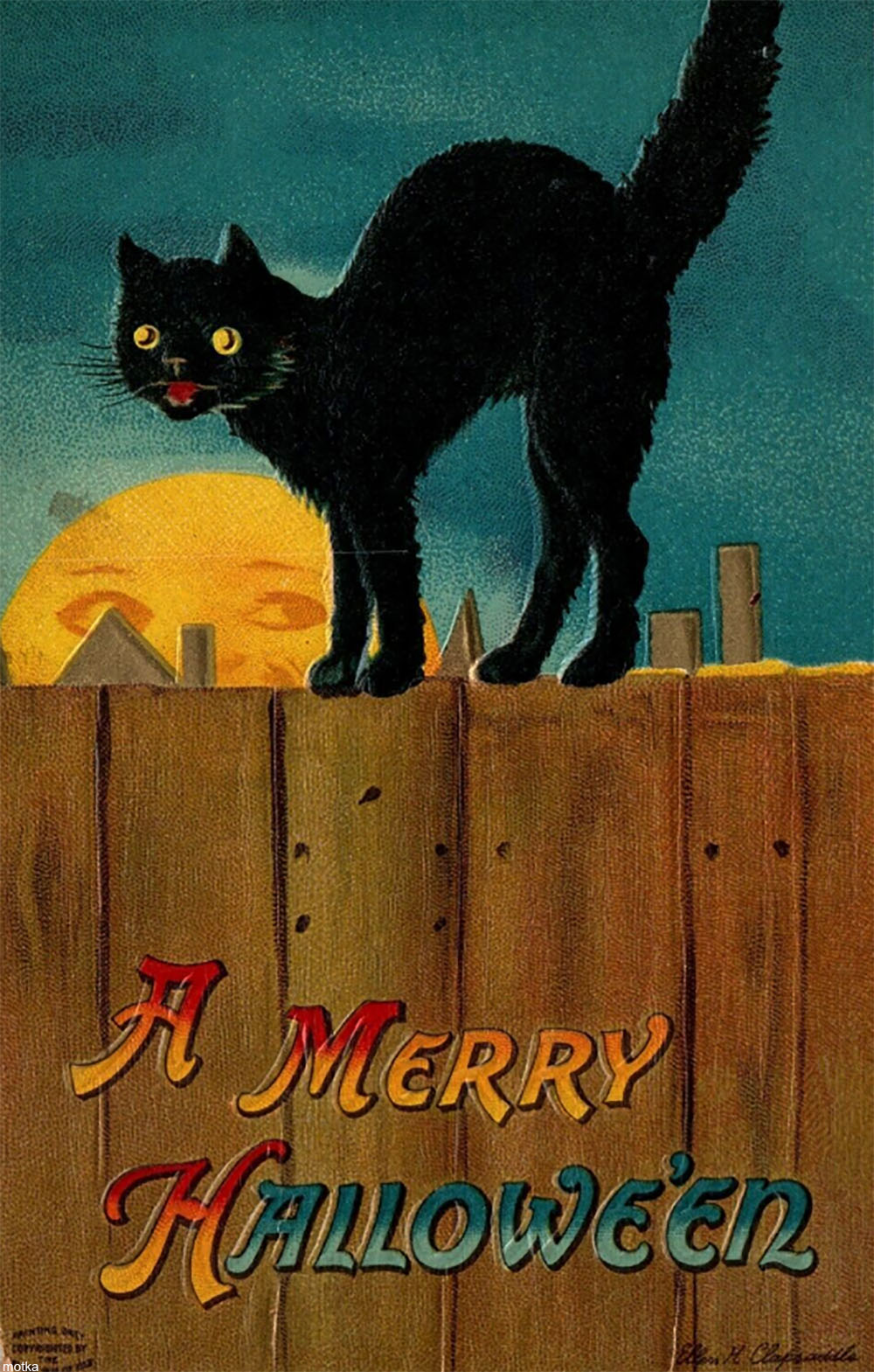