During the upheaval of the Bolshevik Revolution, the Romanov royal family was assassinated in July of 1918 in Yekaterinburg. Since then there have been decades of speculation about what really happened that fateful day. Two years afterwards a woman claimed to be the youngest daughter of the family who had somehow survived and the world was captivated. 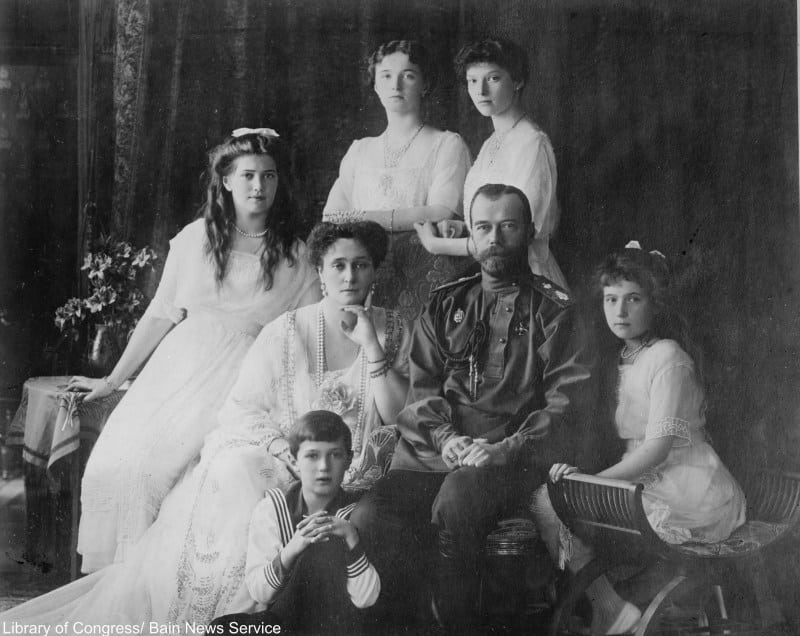 After months under guard by the Bolshevik secret police, the Russian Tsar Nicholas II, his entire family, along with their servants and pets, were murdered by firing squad and buried in mass graves, save for those royal family who were out of the country at the time. In the early 1920s a woman with dark hair and a mysterious past claimed to be the Tsar’s daughter, Anastasia, who had miraculously escaped death. 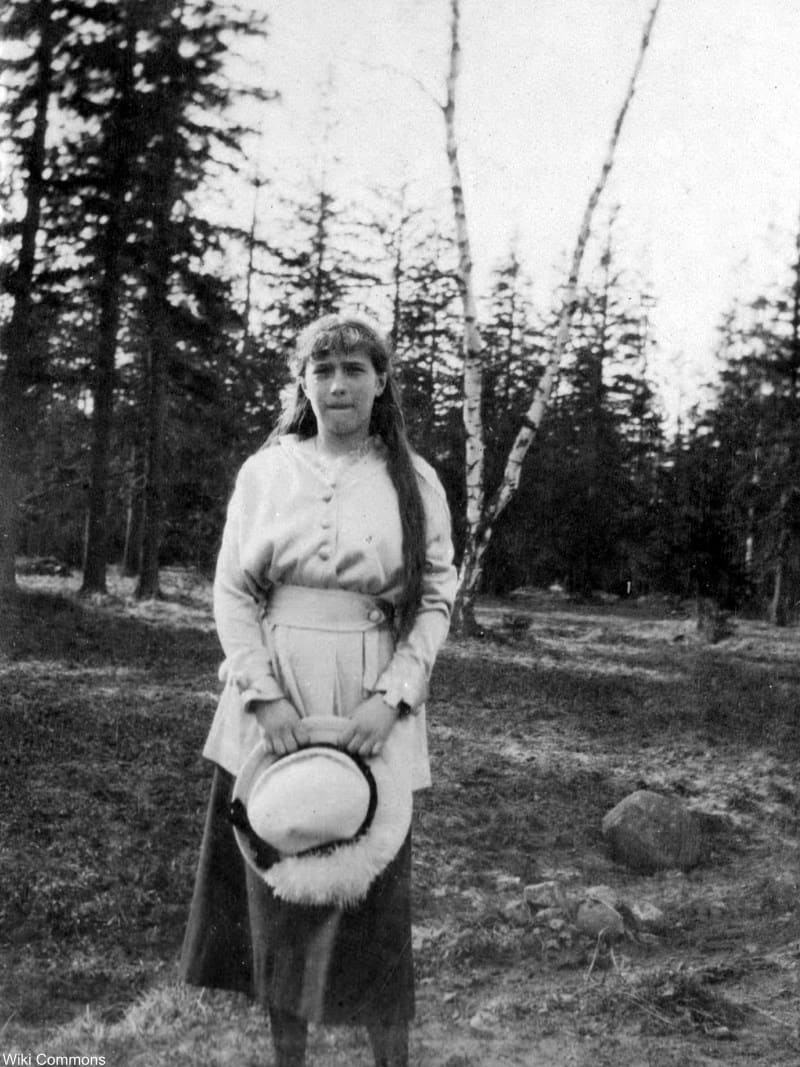 Anastasia was only 17 years old at the time of the Russian Revolution, perhaps increasing the interest in this far-fetched story. The woman who claimed to be Anastasia Romanov (known to the public as Anna Anderson) had been pulled from a canal in Berlin in 1920 after in a suicide attempt gone wrong and been given the identity of Anastasia by her fellow mental ward patients, a claim she did not refute (and she never gave her real name).

Anna “Anastasia” Anderson gave interviews for books and newspapers and even traveled to the U.S. where she spent time in an institution. In fact, Anderson was in and out of mental institutions her entire adult life. While she gained notoriety in the press for her claims, there were still some who did not believe her story. Years later Anderson sued the German government in order to claim what she had come to think of as her birthright. 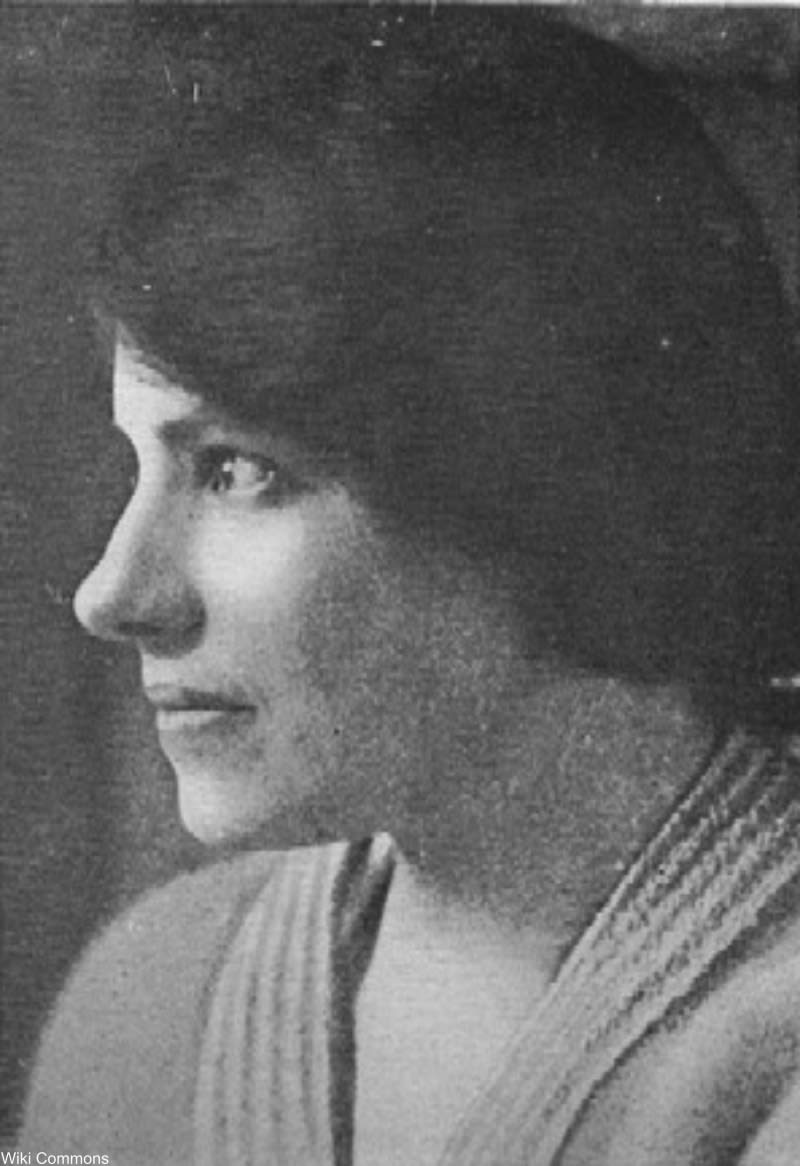 Anna Anderson in the 1920s. Via/ Wiki Commons

Living in the Black Forest

Living in a small house on the edges of the Black Forest in Unterlengenhardt, Germany (arranged former prince Frederick of Saxe-Altenburg, one of many European royals who sponsored her for decades), with dozens of cats and one dog, Anderson led a strange life and was hospitalized in 1968 after being found semi-conscious.

When Anderson returned to her home, the city had cleaned up the decaying property and had euthanized all her animals. Naturally shocked and horrified at this, Anderson then fled to the U.S. You can see a newsreel of the house in the video below from 1958.

Anna Moves to the U.S.

Once she was stateside she promptly married a local eccentric, Jack Manahan, in Virginia. The two led had led strange lives before their marriage, so it’s no wonder that their married life was also quite eccentric. The couple lived surrounded by garbage, piles of food or used plates, and always with Anna’s many cats, and the two reportedly slept in separate bedrooms.

Manahan seemed unnaturally obsessed with the Russian royal family, perhaps the biggest motivating factor in his decision to marry Anderson.

Anderson and Manahan led lives of local notoriety in the town of Charlottesville, Virginia, until their deaths (1984 and 1991 respectively). Even news stories in support of her claims often showed just how erratic and unstable her behavior was. 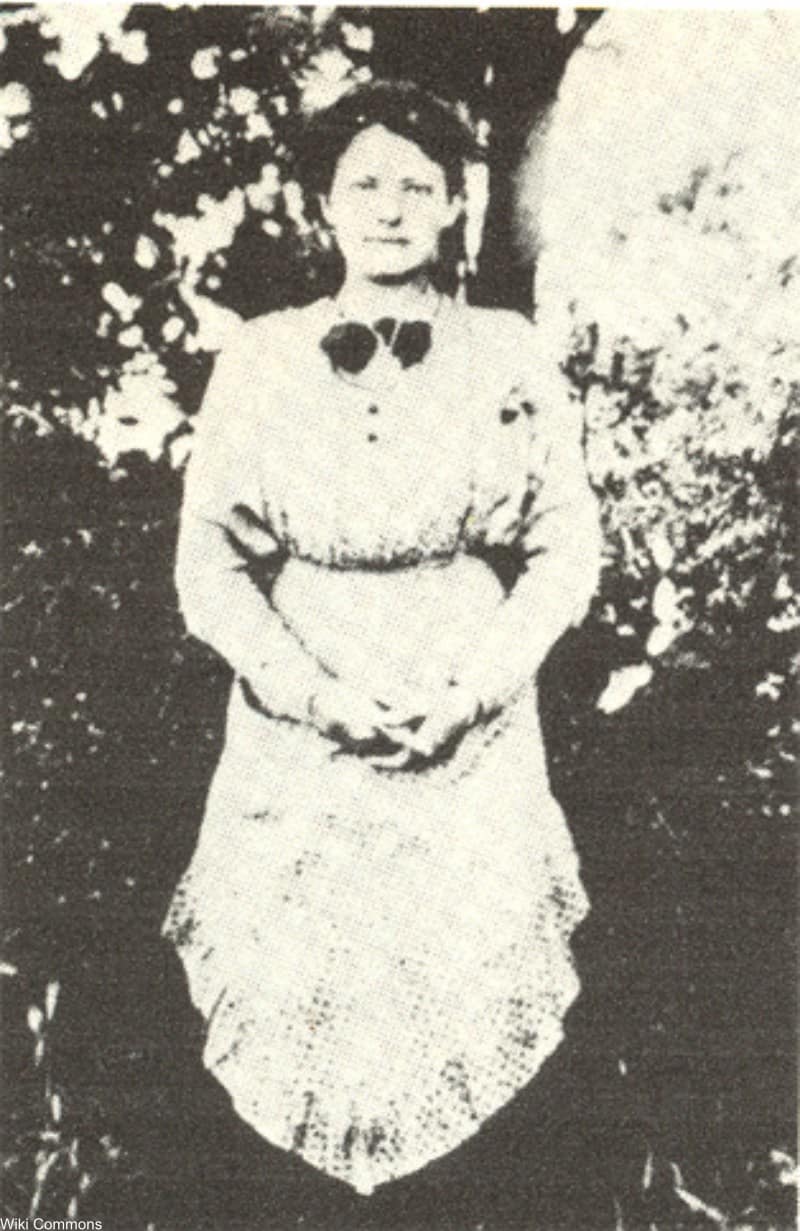 Who Was Anna Really?

After decades of indecision the German courts decided in 1970 that Anderson’s true identity could neither be proved nor disproved. Anderson is now widely thought to have been of Polish origin, born just a few years before the grand Duchess, Anastasia, in 1896 bearing the given name of Franziska Schanzkowska. Sadly, she had sustained head injuries after an explosion in the munitions factory she was working in during the First World War which explains her strange behavior.

During the Soviet era, the graves of the Romanov family were kept secret. It wasn’t until after the fall of the Soviet Union that the graves were revealed, containing the missing corpses of Anastasia and her brother, the only two members supposed to have survived. Later DNA testing showed that the corpses found in the mass graves were members of the Russian royal family and that all members killed in 1918 were accounted for. 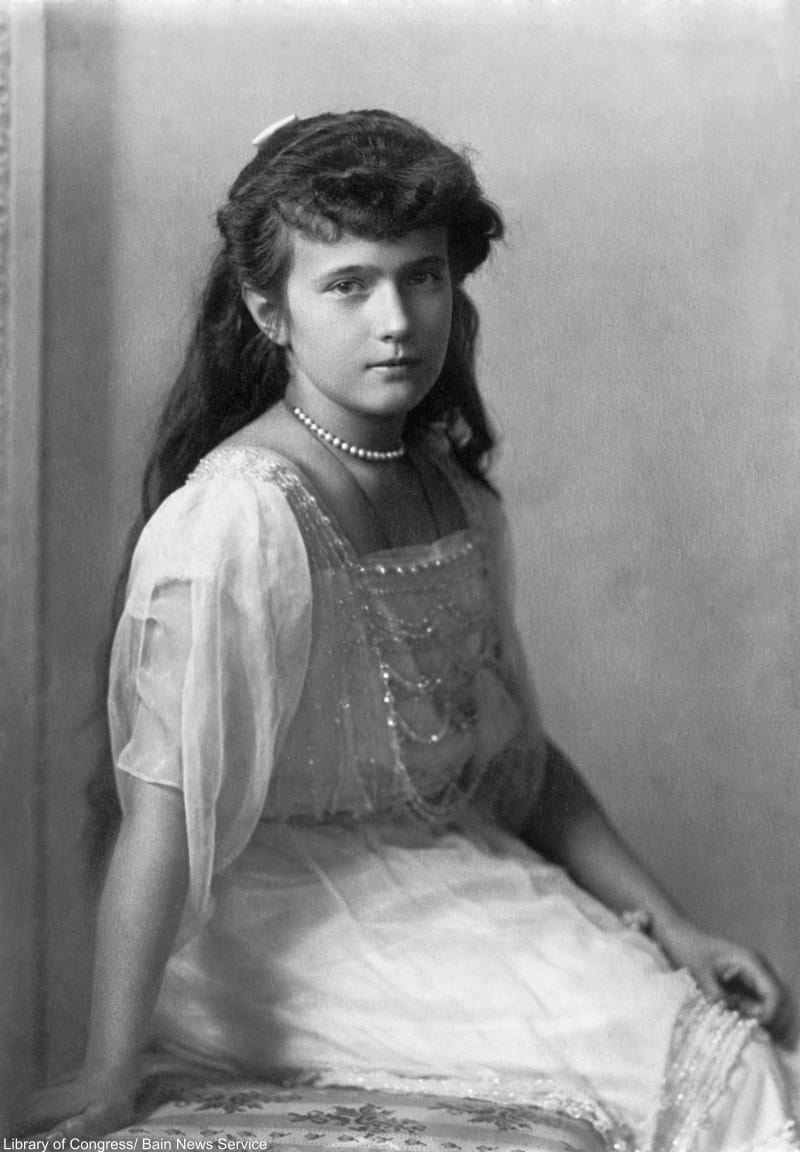 The Grand Duchess Anastasia in 1914 at age 13. Via/ Library of Congress

This strange story – full of mental illness and deceit – captivated the world for decades, and over the years nearly 100 women have claimed to have be Anastasia. Following Anderson’s example many imposters made claims on the identities of not only Anastasia, but also her younger brother Alexei as well her older sisters. It seems the world was fascinated by the notion of Royal Russian survivors.

Parts of Anna’s extraordinary story inspired the 1956 film Anastasia starring Ingrid Bergman. It would have been miraculous if Anastasia had survived, and perhaps because of her audacity, Anderson’s story has continued to hold public interest long after her death. In fact, books speculating Anastasia’s “unknown” fate are still being published to this day!