Not Much Has Changed Over the Past Century for the Amish

For centuries, the Amish distance themselves from the outside and all trappings that follow. This means telephone, TV, radio, electricity, cars, fashion, and a host of other activities are simply not allowed. They can, however, ride in the car of an English or hear a song on the radio in the feed store without reproach. Clearly these were not options 100 years ago, but overall the Amish remain largely free from modern entertainment devices.

Not only seclusion into a pure life, but also a strong sense of harmony with the Earth and a commitment to self-sufficiency have led the Amish to farm the land and to refuse all government help, including social security, welfare, or other social programs. 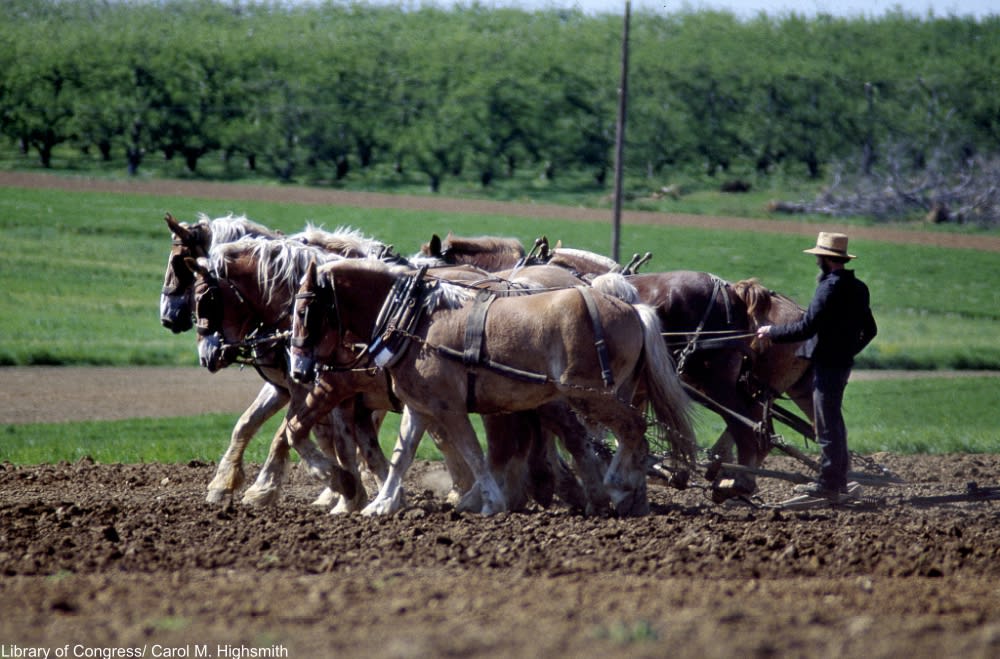 “Amish farmer and his team of draft horses, Lancaster, Pennsylvania.” Via/ Library of Congress 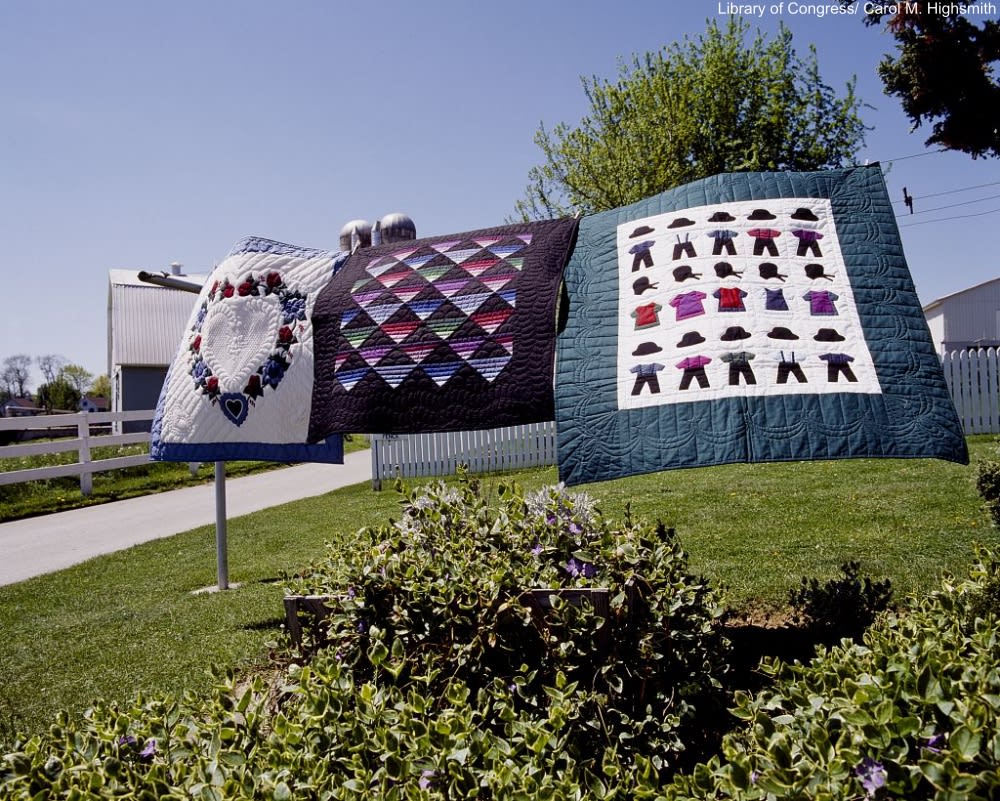 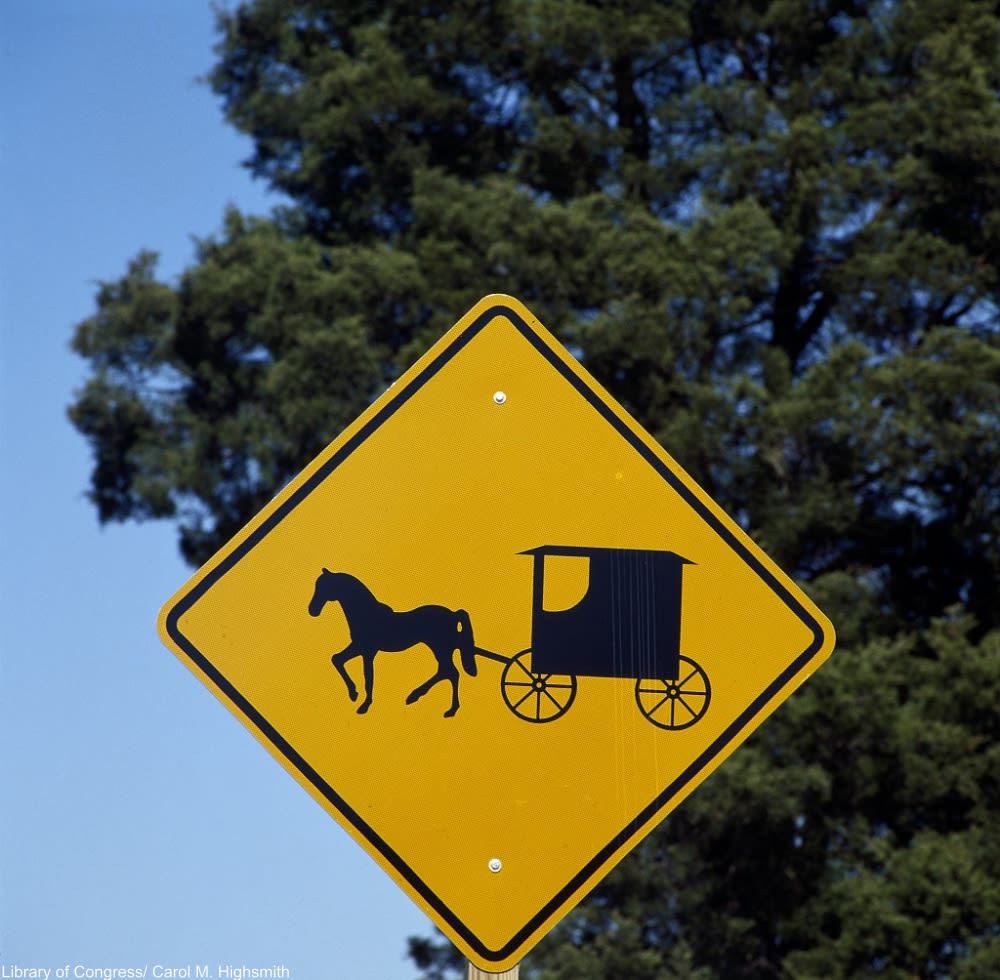 “Caution sign to auto drivers to be on the lookout for Amish horses and buggies in Lancaster, Pennsylvania.” Via/ Library of Congress

Young Amish men who are not yet married do not yet grow a beard and can have many (supervised) dates before the decide to marry. Many young people get to know each other well from youth group or choir practice after church on Sundays during which time no adults are present.

Young Amish folks are given a few years during their teenage years in which to explore the outside world and decide if they want to remain within the community. Amish are devout and do not tolerate rule breaking, so the members who decide to stay do so with full commitment. This period is known as rumspringa, a time for exploring the world from the ages of 16-23 (ages vary by location) before being baptized as adults. Many youngsters hold jobs in the outside world, have cell phones, or even drink and smoke during this uninhibited time. The overwhelming majority decide to stay. 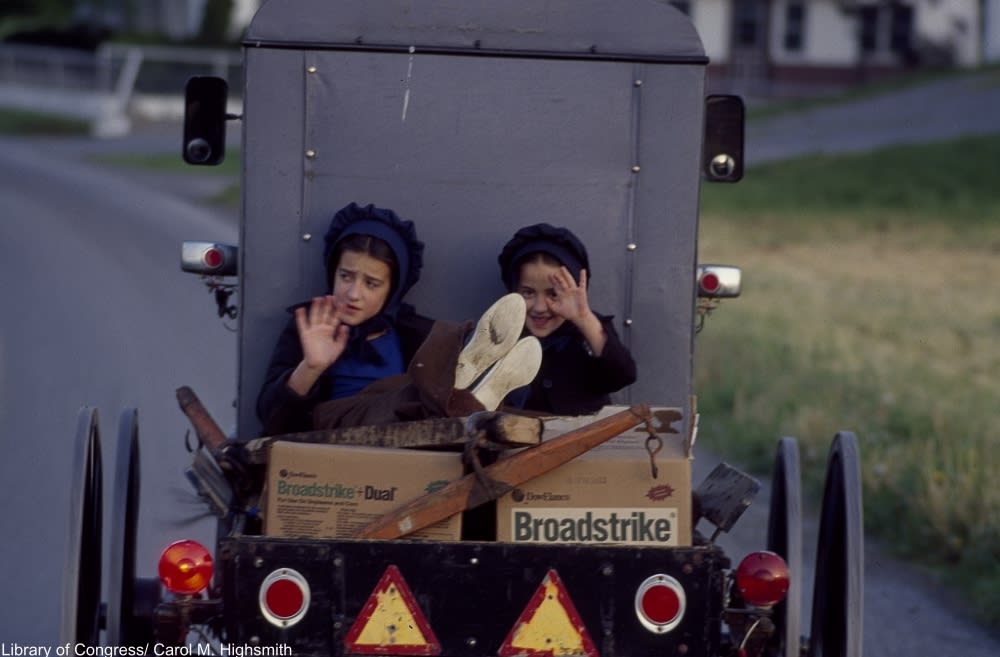 “Amish children in the back of a buggy on the road in Lancaster County, Pennsylvania.” Via/ Library of Congress 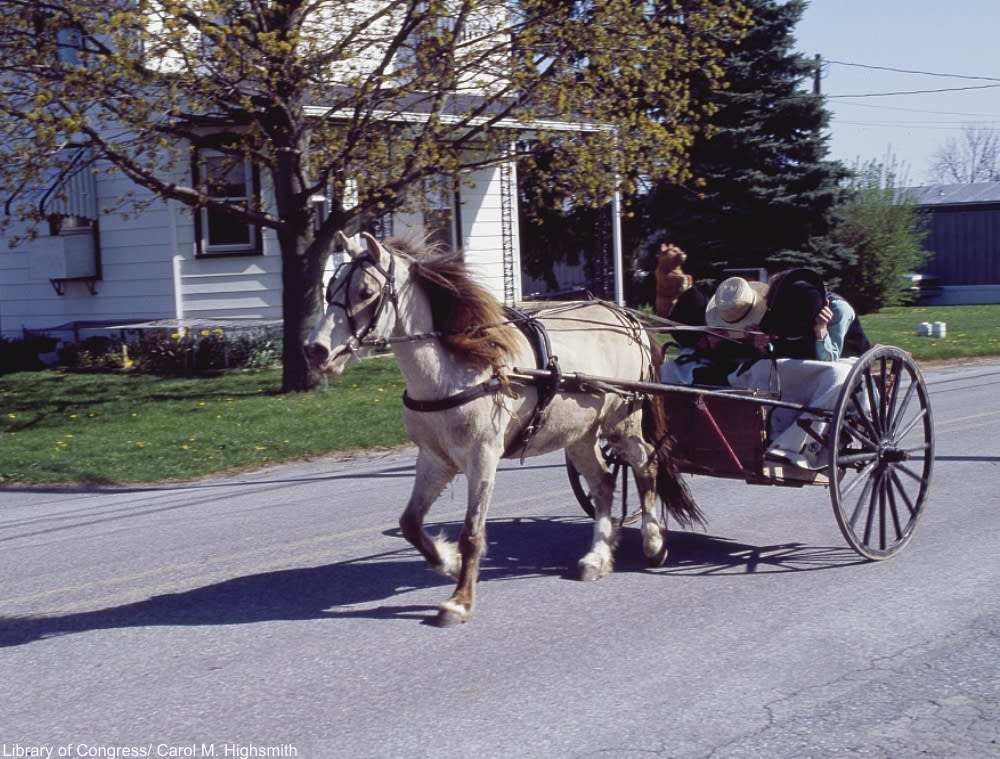 Many Amish shun being photographed in light of the ban on “graven images” from the Book of Exodus in The Bible. Via/ Library of Congress 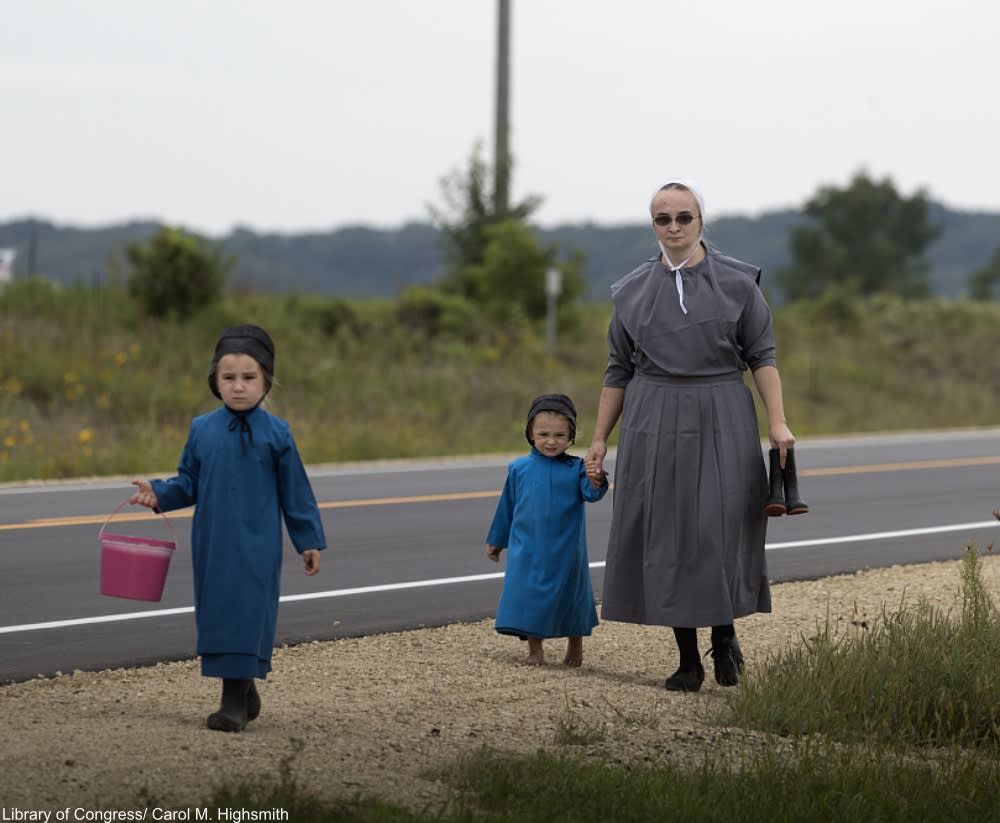 “An Amish woman and her daughters walk along a road near Pigeon Falls in Trempealeau County, Wisconsin.” 2016. Via/ Library of Congress

The Amish today remain one of the most distinct religious groups in the world, keeping their lives as distinct as possible from the modern world and living, for all intents and purposes, much like those in Europe or the U.S. would have lived 200 or 300 years ago. 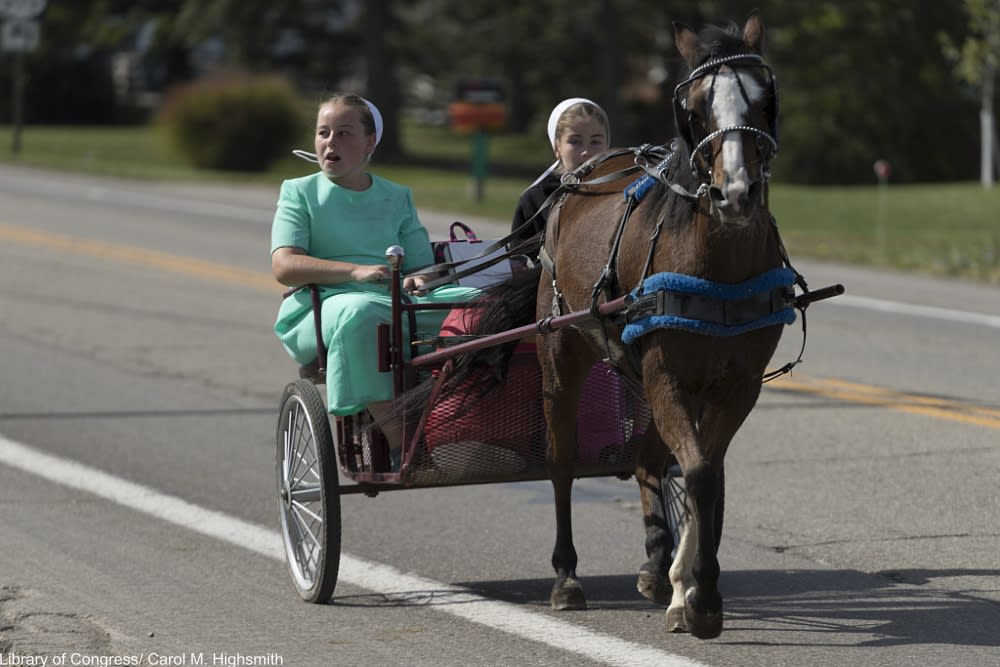 “Amish girls ride through Winesburg, Ohio.” 2016. Previous rules dictated that wagon and tractor wheels could not have rubber wheels and this may be one of the few changes over time to the Amish rules! Via/ Library of Congress

9 primitive crafts to always buy when you see them: Click “Next Page” below!