Not Much Has Changed Over the Past Century for the Amish

In 1692 the first members of the Amish way of life first split from the Mennonites in Europe. Arriving in the U.S. in the 1730s, the Swiss-German Amish have prided themselves on self-sufficiency and their humble lifestyle which serves to honor God. Since the 1700s not much has changed for the Amish, even in the 20th century when the daily lives of most people has been altered to be almost unrecognizable from previous generations. 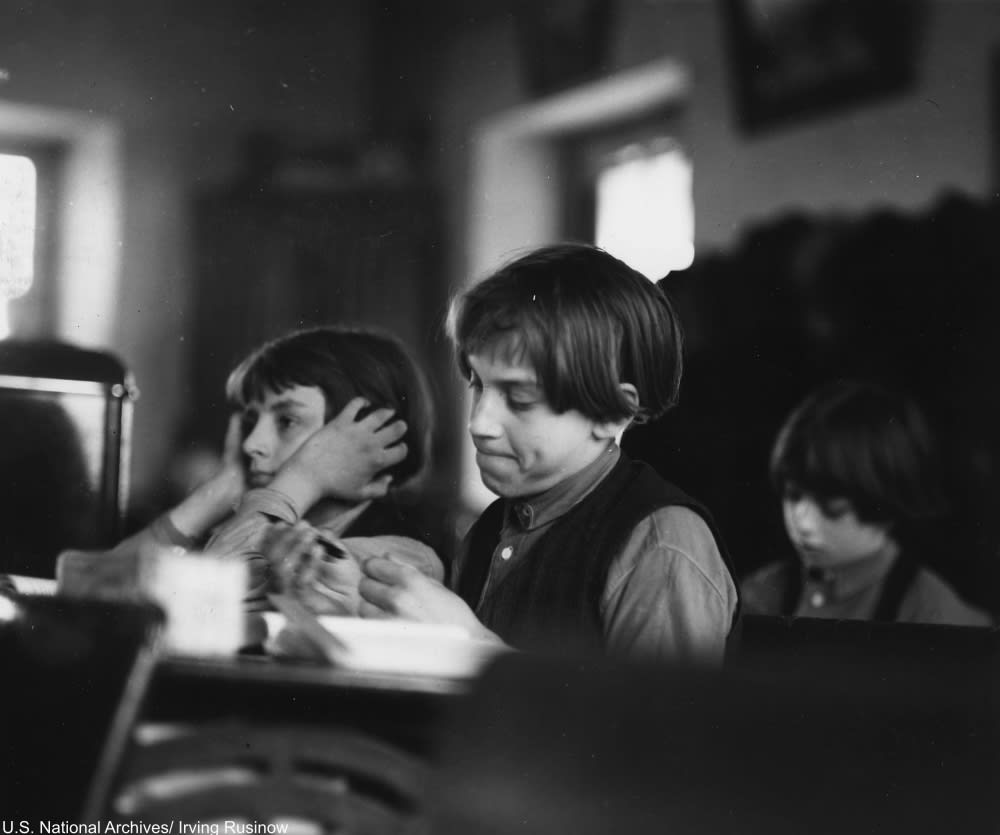 “Lancaster County, Pennsylvania. The clothes worn by these Old-Order Amish boys are without exception homemade. Their hair is cut in the approved manner, which is the same for men and boys. Hair may be parted in the middle only.” 1941. Via/ U.S. National Archives 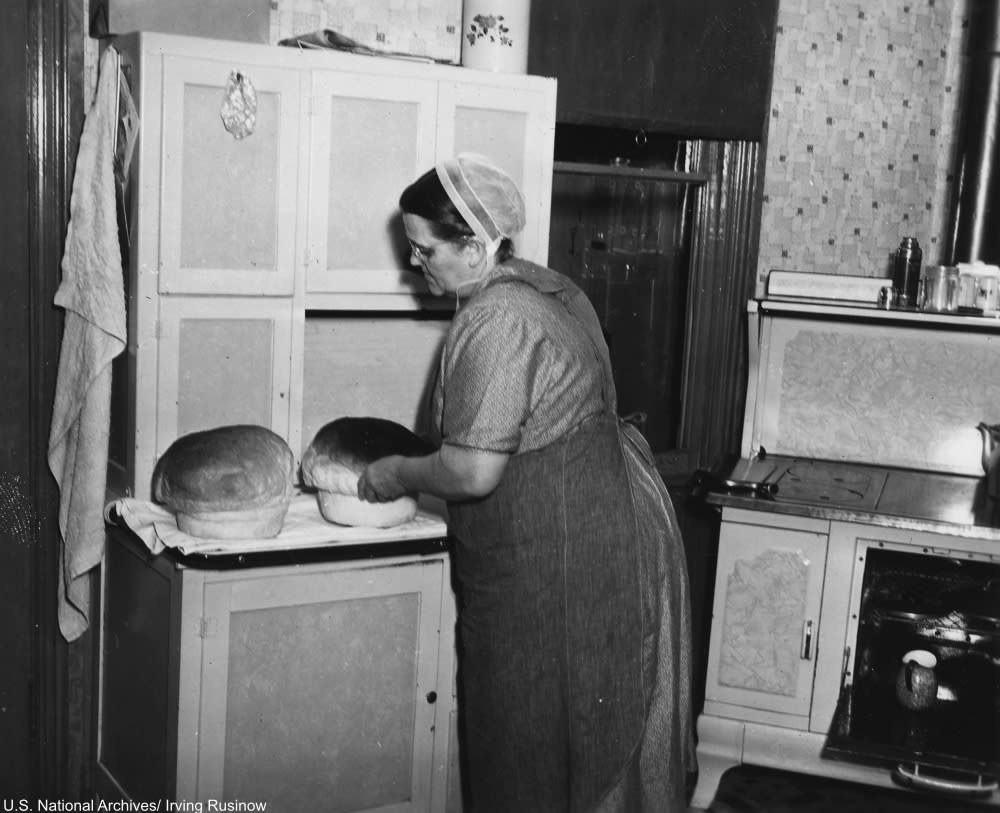 “Lancaster County, Pennsylvania. This Church Amish housewife is engaged in the rapidly disappearing practice of baking bread. Note the devotional head-covering which is worn in accordance with I Corinthians 11:1-16.” 1941. Via/ U.S. National Archives 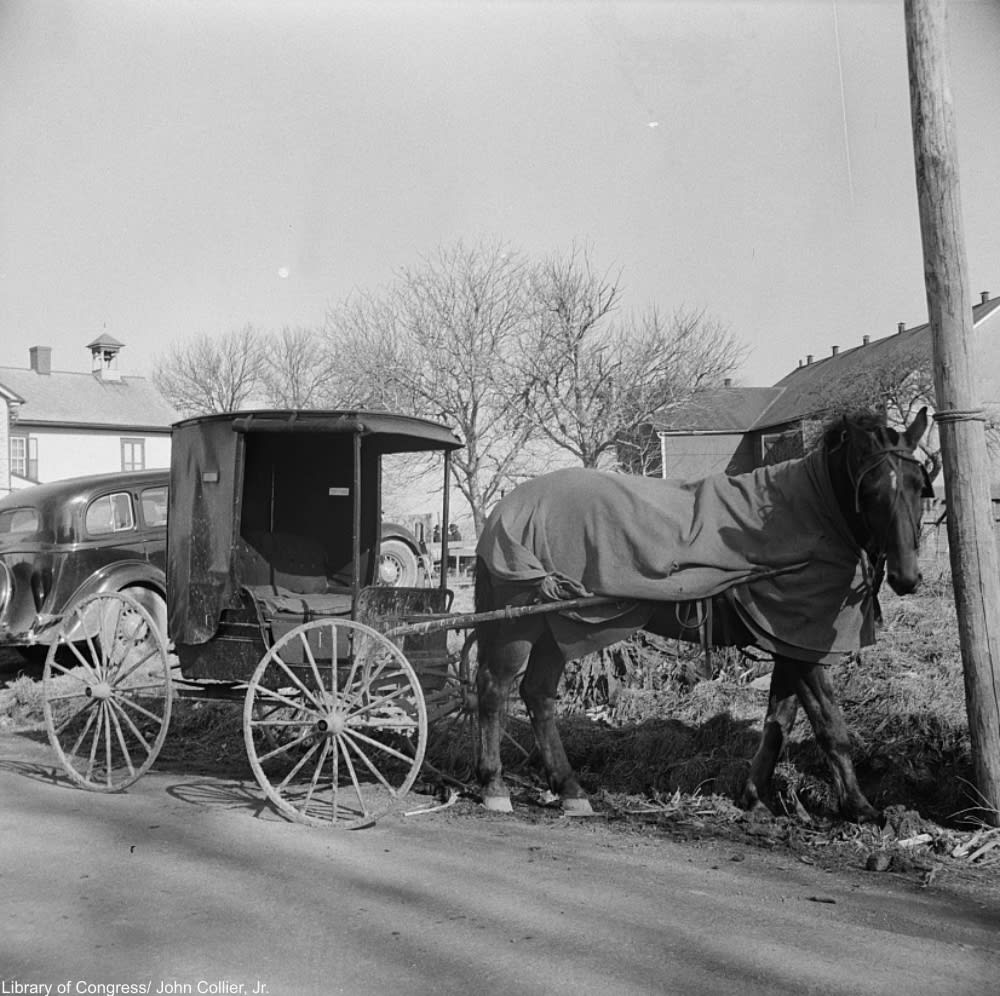 Amish horse and buggy. 1942. Via/ Library of Congress 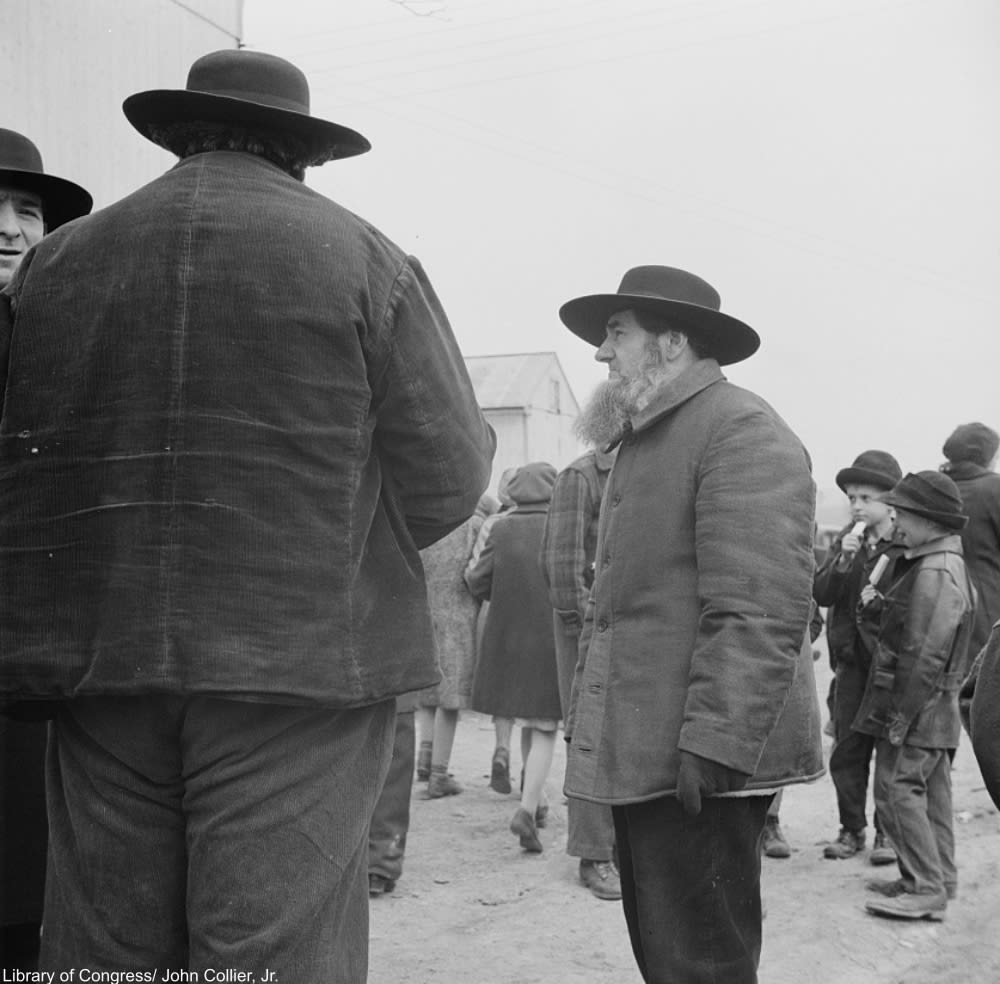 Married Amish men grow beards to show their status, but never mustaches since in the 1800s a mustache was associated with military positions. The Amish reject all notions of violence, including the military, angry words, or even litigation.

While the rules of all Amish communities enforce a separation from the outside world, each community has different rules. What is permissible in one area may not be allowed in another. But, all Amish follow similar guidelines on how best to live in harmony with nature while helping their own people and remaining separate from the outside world of the “English.” Of all the Amish the Old Order is by far the most strict in their ways. 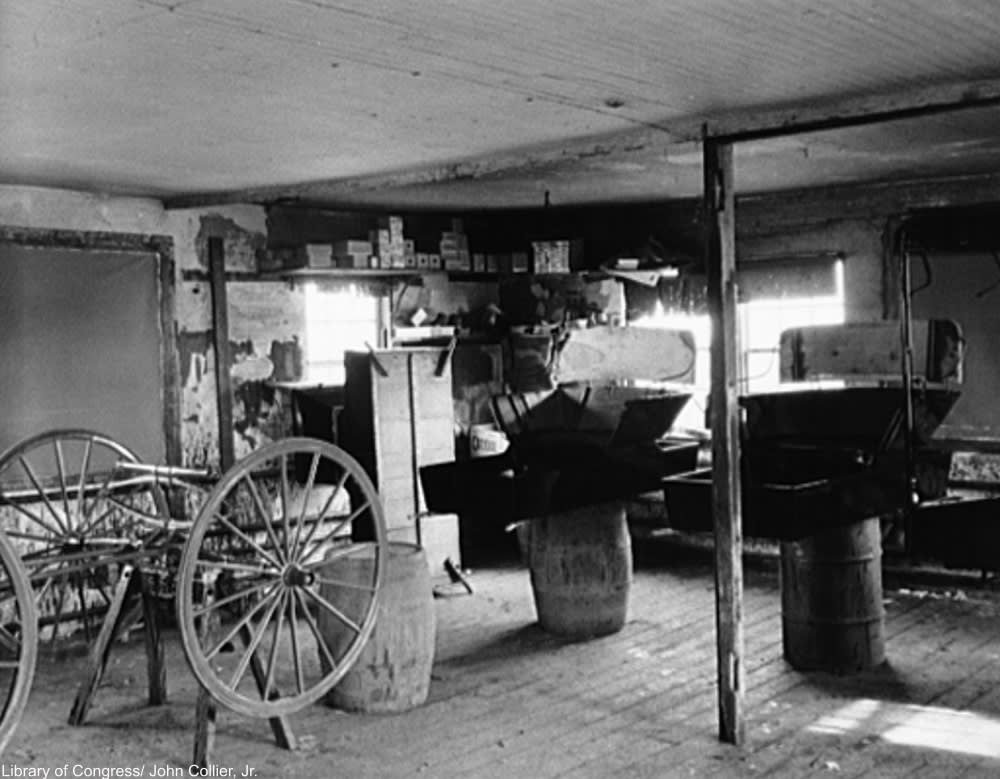 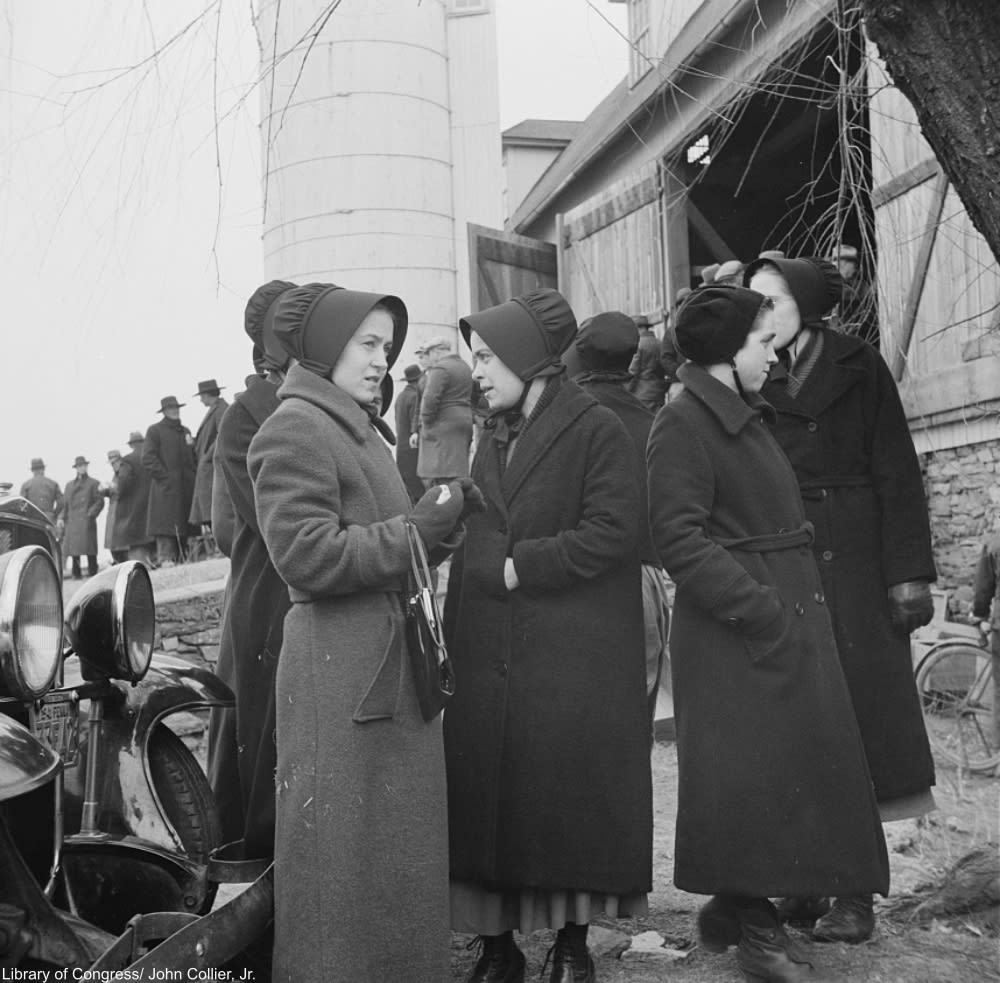 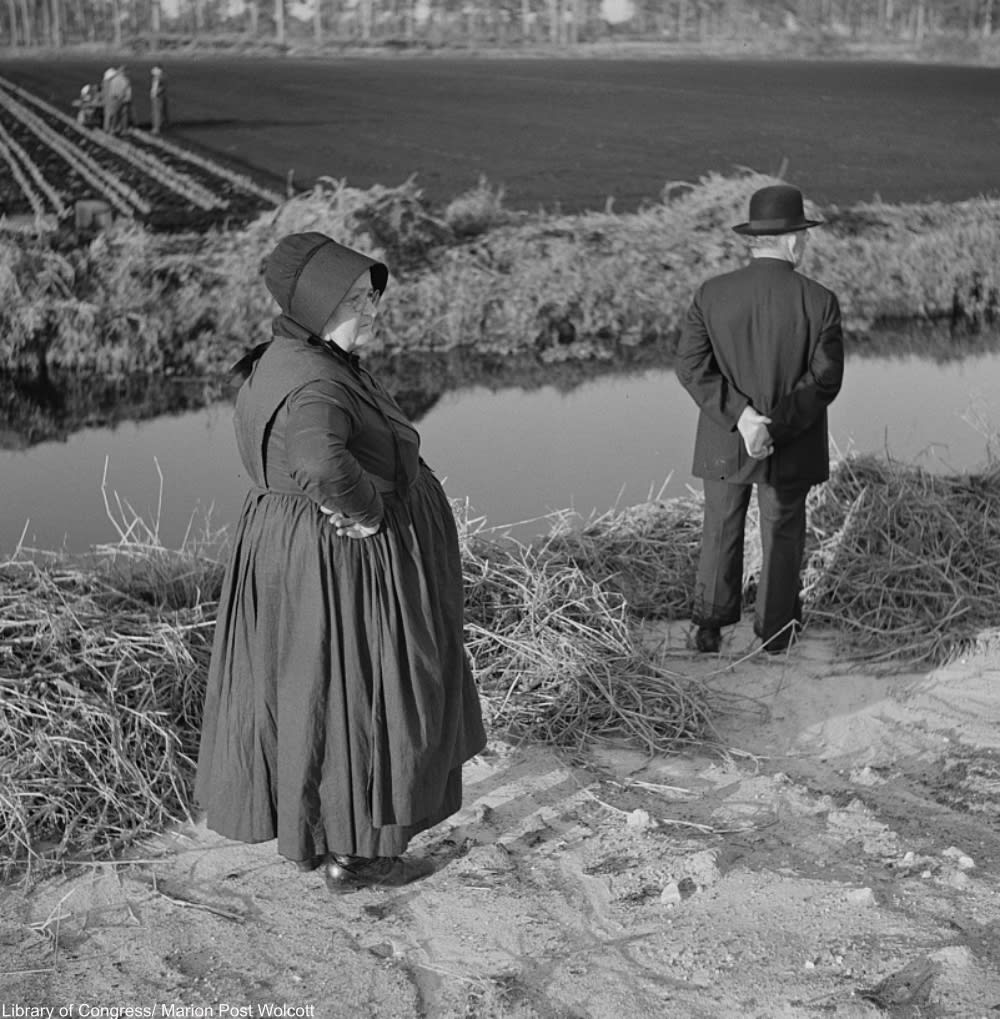 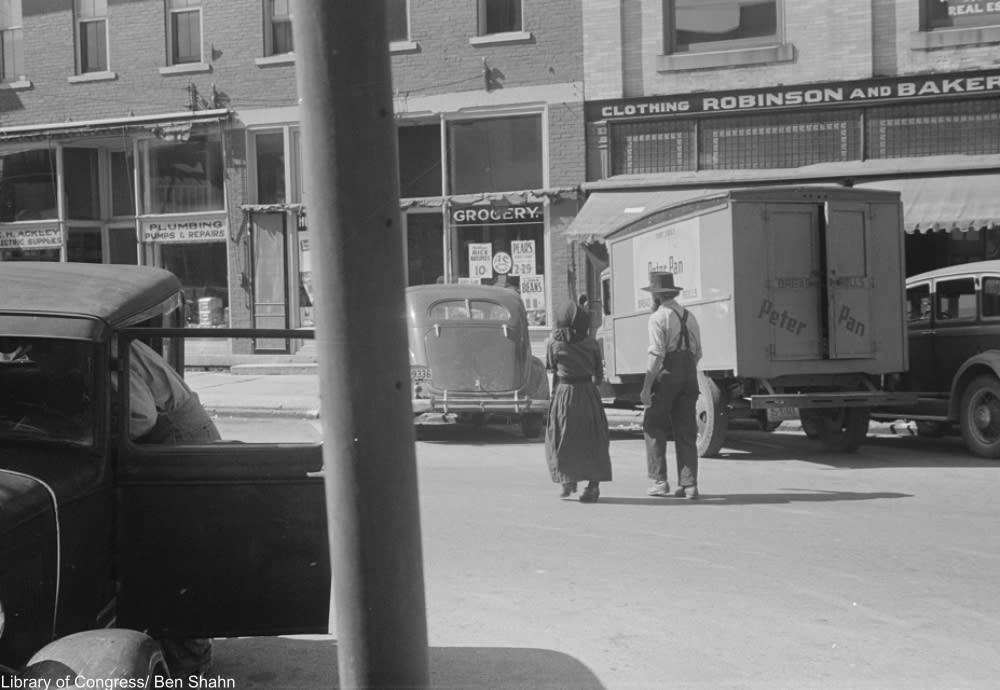 “Amish farmer and wife in town, Plain City, Ohio.” 1938. Via/ Library of Congress

See modern day Amish by clicking “Next Page” below!