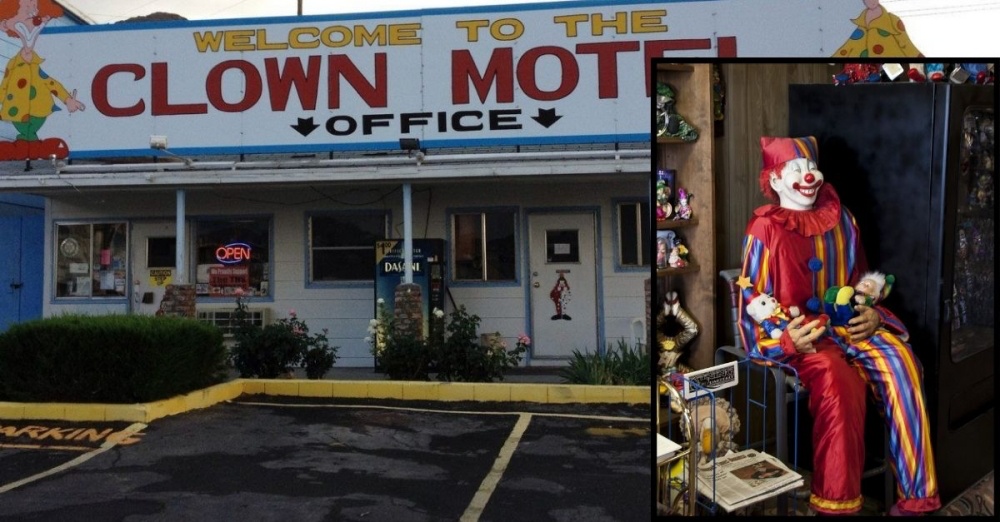 Are you brave enough to spend a night at America’s scariest Clown Motel? Well, if you have a deep fear of clowns, you might want to pass on that! The Clown Motel in Tonopah, Nevada, is open specifically for people who are looking for a fright. The lobby is completely covered with clowns, including a life-sized clown sitting in a chair, holding smaller clown dolls in its lap.

Additionally, every single room is clown-themed. There are clowns on the doors and even portraits of famous clowns hanging on the walls. To add to the creepy factor, Tonopah is actually considered to be a bit of a ghost town. 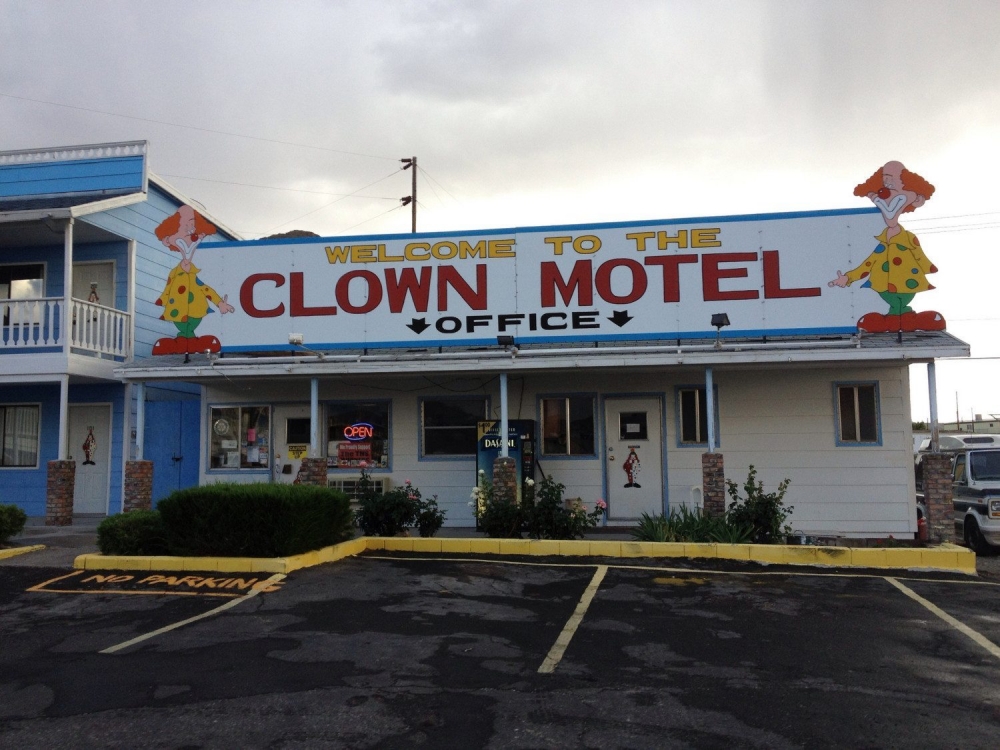 The current population of Tonopah is 2,500 people. It was once home to over 50,000 people when it was a mining town back in the day. This town is where the second-largest discovery of silver in the history of the state of Nevada was made! However, this means tons of people from all walks of life lived and died in Tonopah. Many of them are buried in the town’s cemetery, which dates back to 1901.

And, of course, like any classic horror film movie, the Clown Motel is conveniently located next to the cemetery! 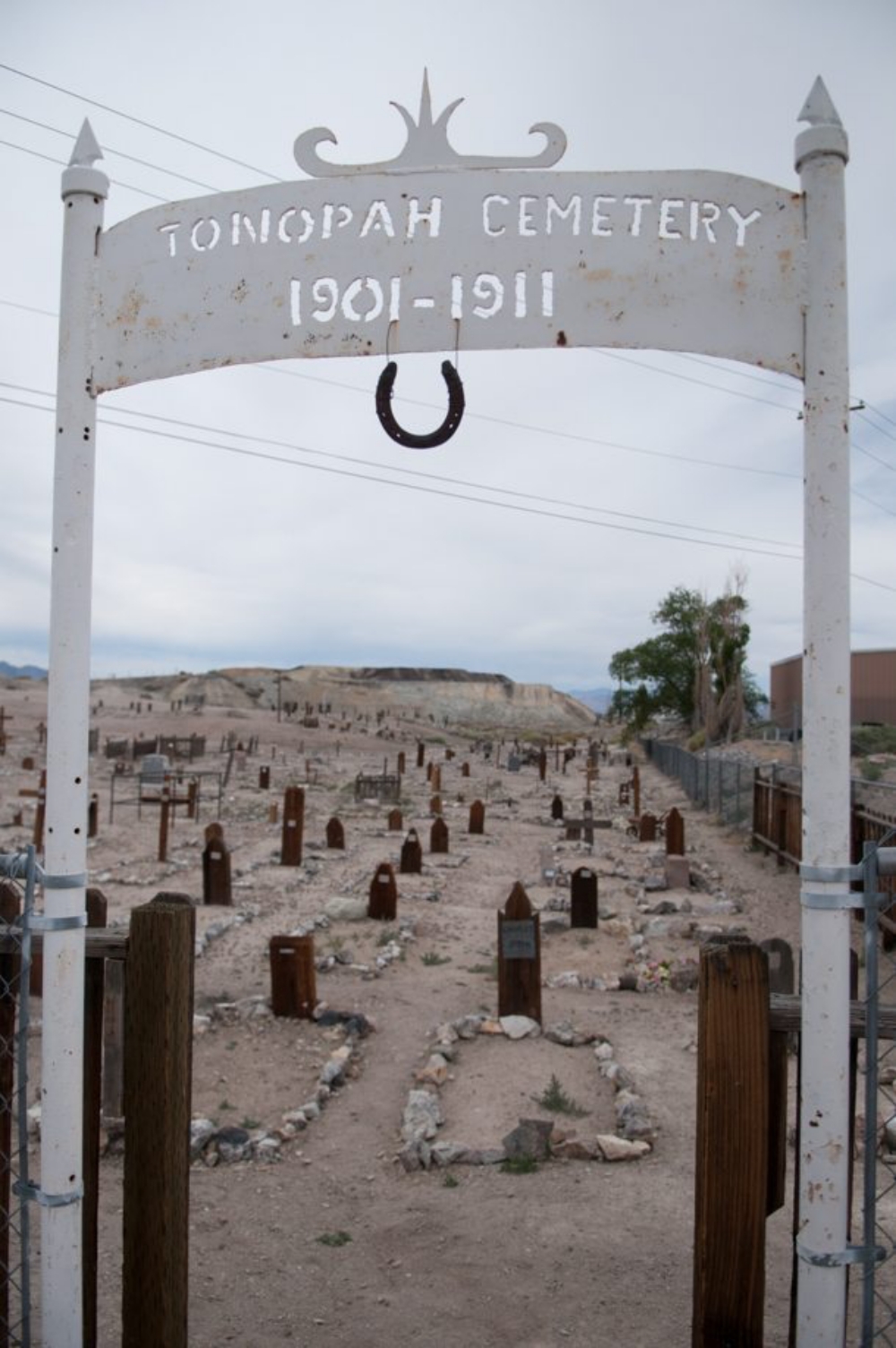 Have there been any reported hauntings?

Many people have left their own reviews on their stay at the motel, but many of them just talk about how amazingly historical it is. They also mention that free WiFi is great, too! There were also places to eat and shops nearby. It doesn’t look like there have been any alleged hauntings in the motel, but many have said it’s creepy sleeping next to a graveyard at night!

However, one reviewer named Susie wrote back in 2018, “We had a couple of creepy experiences that made us believe the place is haunted.” She did not specify, but we can believe it! 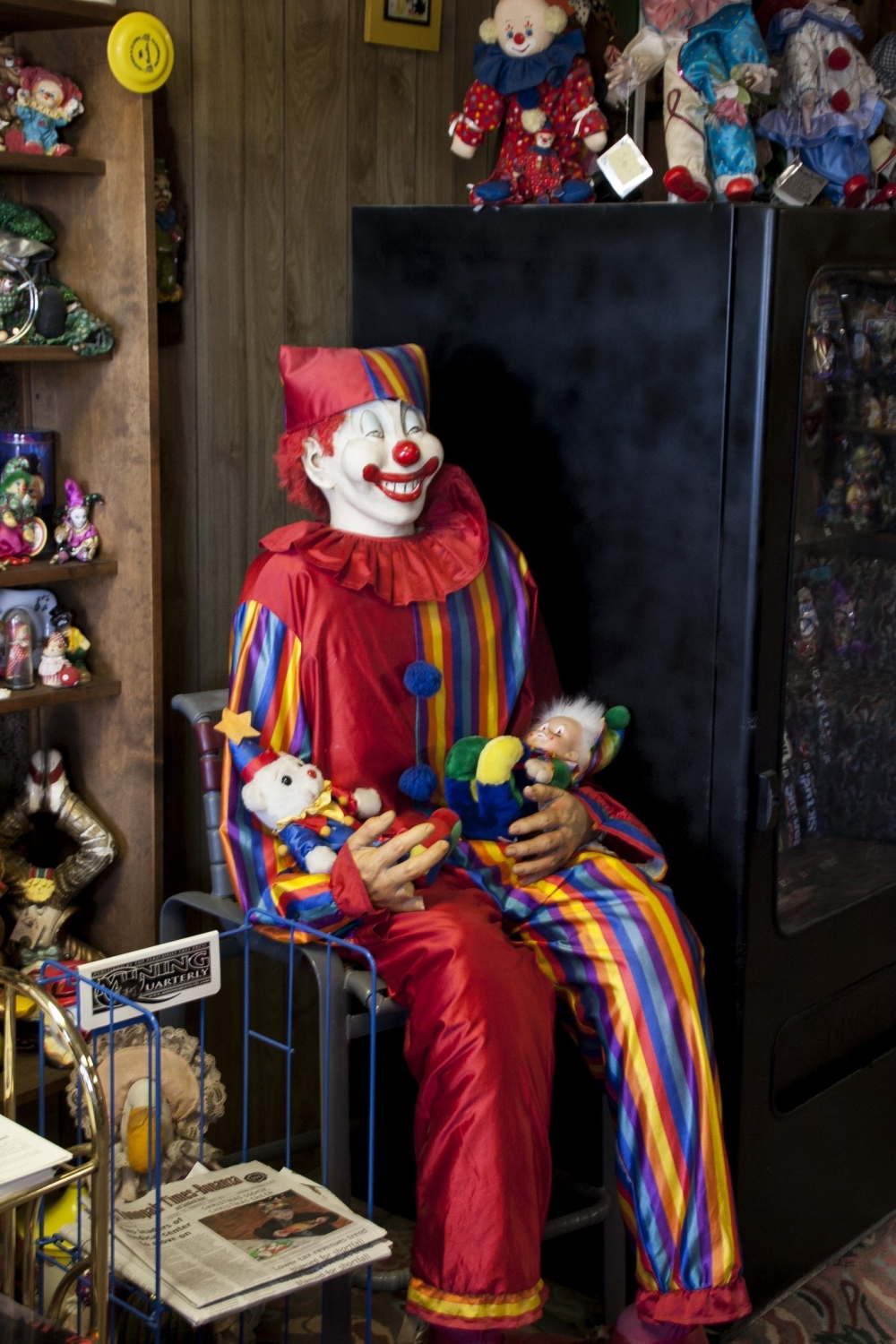 The lobby of the Clown Motel / Flickr/ Will Keightley

This creepy motel went on the market to be sold in 2017 and it appears that it has been sold and kept going by a new owner. According to reviews as recent as March 2019, it’s still a happening spot for tourists and many are choosing to spend a night! Are you brave enough?

Take a look at the video below from someone who actually stayed at the Clown Motel and filmed the entire thing!