This Inspiring Performance on the Ed Sullivan Show Still Amazes Even Today!

You may be wondering how a one-legged child whose parents were sharecroppers grew up to become an internationally known dancer? The story is unusual, and begins with his extreme desire to leave farming. Clayton Peg Leg Bates went on to perform in some of the hottest night clubs and on TV and film. His story is truly amazing. 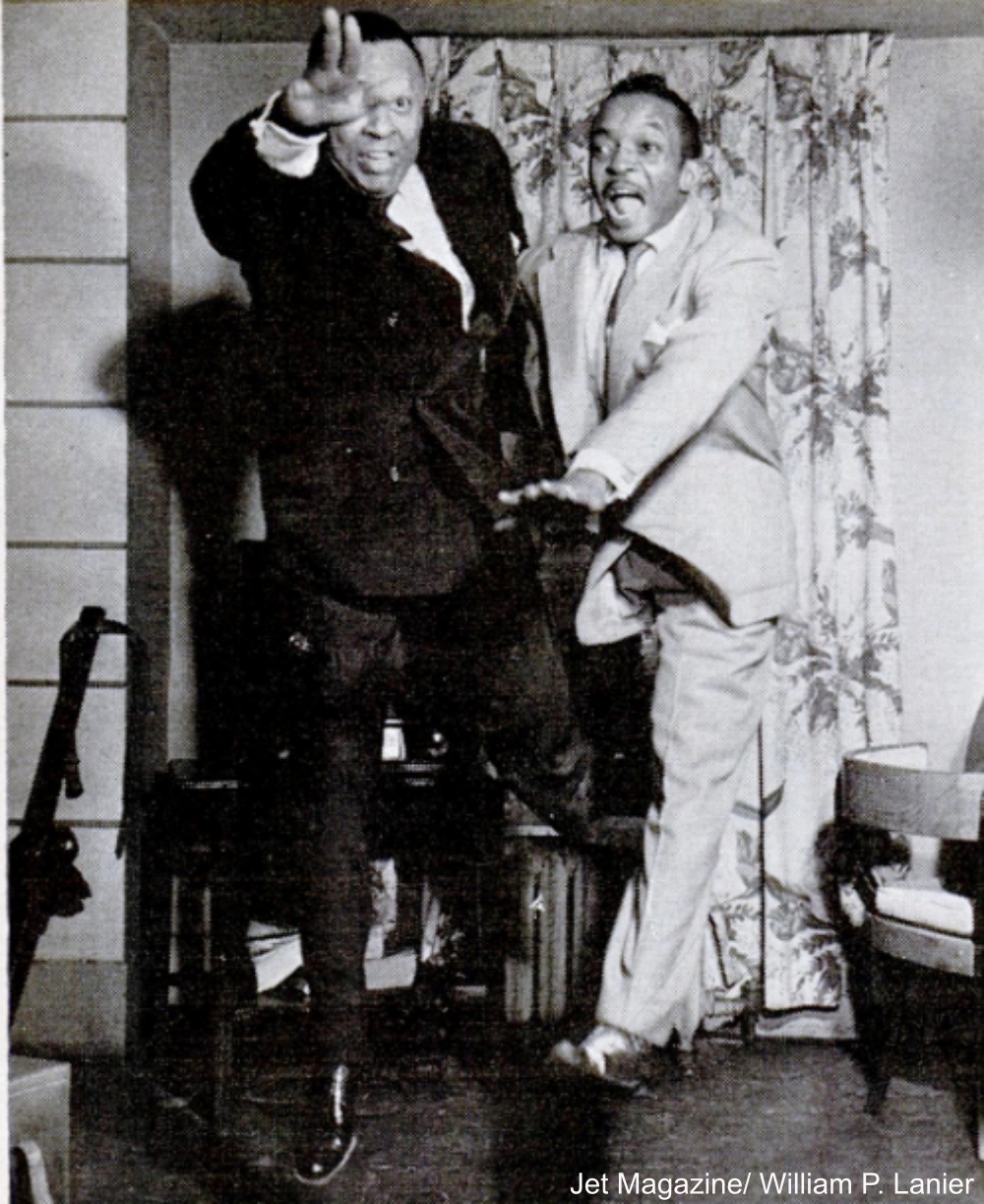 Born in 1907 in Fountain Inn, South Carolina, Bates had a long road ahead of him before becoming a star. Sharecropping is a hard way of living because getting ahead is never really part of the deal. The Bates family grew cotton and the family that owned the farm were in control of weighing the crops and told them how much they could keep and how much total they had grown. The transactions were stacked in the landowner’s favor at every turn under this system and year to year there is very little profit to be made from the back-breaking hard work in the fields. From a young age, Bates knew he wanted do some kind of work besides farming. He used to dance outside the local barber shop for pennies as a young child, until his mother put a stop to it. She said she didn’t want anyone laughing at her baby!

When got a little older (reports vary on his exact age), he begged and begged his mother to let him work in a cotton seed mill. She finally relented, thinking it would give the family an extra income and it would stop his constant asking. Only a few days on the job, he stepped into a machine that separated the cotton seeds from the fluff. His leg and hand were crushed by the processing equipment. Being a poor, black kid, he was not sent to hospital. Instead, the mangled parts of his leg were amputated on his mother’s kitchen. Amazingly, he was walking and dancing again inside of two years. The accident that everyone assumed would end his dancing days actually forced him to be creative with his moves and he created a unique style of dancing. 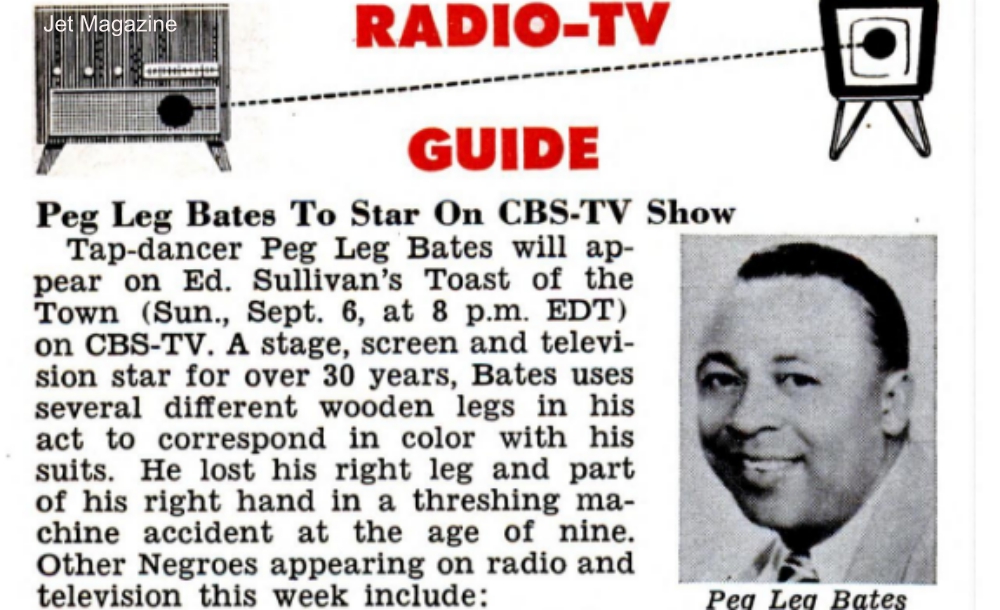 His injuries could not keep him from doing the things he loved. He learned to dance again using a peg leg. Bates’ peg leg was so a part of his look and personality that when he tried a prosthetic leg for a while his own mother didn’t even recognize him! The name “Peg Leg” was assigned to him by his friends and family early on and remained with him for the rest of his life. He performed in a number of traveling vaudeville shows, many of which were not terribly successful. When he joined the “Blackbirds of 1928” show, it gained success on Broadway and then in Europe, where he played the Moulin Rouge for twenty two weeks! When he returned to the U.S. he had no shortage of gigs, which he performed enthusiastically despite intense pain from dancing on his peg leg. He appeared on the Ed Sullivan Show 22 times and danced with high-energy performers like Little Buck. He had the chance to perform with many a great jazz musician and he danced for members of the British Royal Family.

In 1951, Bates decided he wanted to create a vacation resort in the Catskill Mountains. His goal was to offer an integrated vacation spot. However, The Peg-leg Bates Resort was always primarily a black resort, which many families have very fond memories of. He was one of the first black resort owners in the country and the site is still in operation under a different name.

For a poor black man from the south with one leg, Clayton Peg Leg Bates achieved more than anyone would have expected. The unfortunate accident ended up being the catalyst for a long and brilliant career in showbiz. That his story isn’t told more often is wonder, though there have been 2 films and one children’s book written about him. Watch some of his fast-paced stepping below.

If you love dance, check out these swinging kids!»