When Tyler Ivanoff found an old message in a bottle in Western Alaska on August 5, he never could have expected what would end up happening next. The discovery took place in the Shishmaref region: “I was just gathering firewood; everyone was just kind of picking berries. I just happened to stumble across the bottle, and I noticed it was a green bottle and had a cork top. Not really cork, it was a tight cap, and I could see inside the bottle there was a note.”

Ivanoff’s kids were hoping that it was a pirate’s note or treasure. The note turned out to be written in Russian: “The paper had Russian writing. I noticed it because I took Russian in college and in high school.” 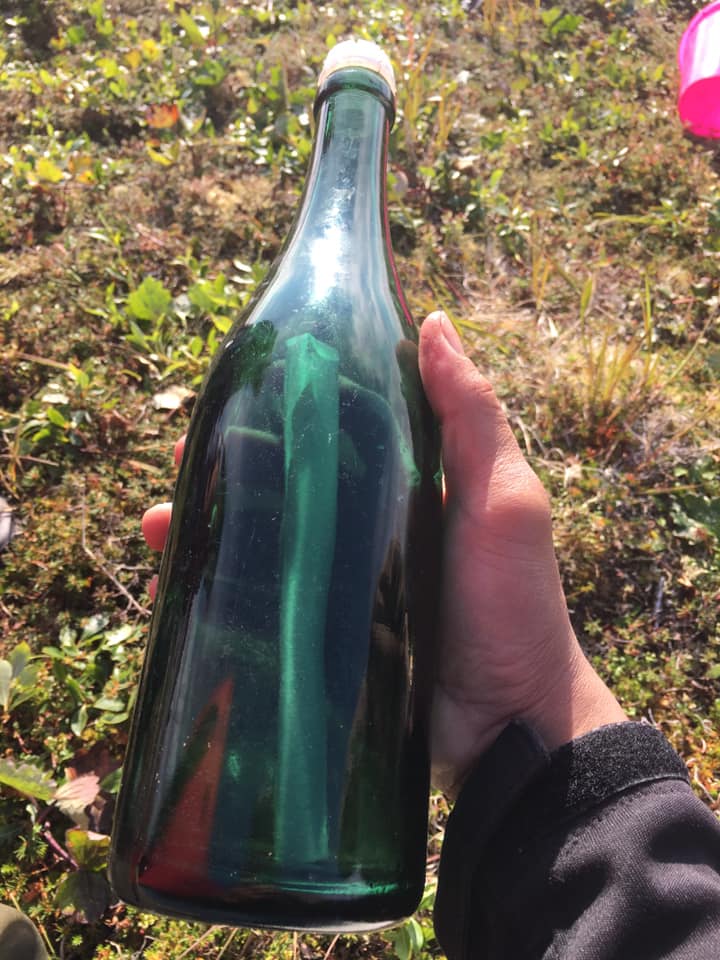 The writing was almost perfectly preserved, so Ivanoff could make out the letters, but his translation skills were a bit rusty.

He decided to share his discovery on Facebook and it went viral in three days, with thousands of comments.

It ended up catching the attention of Russia 1, the state-owned Russian media network, who were able to track down the author of the note: Capt. Anatoliy Botsanenko. 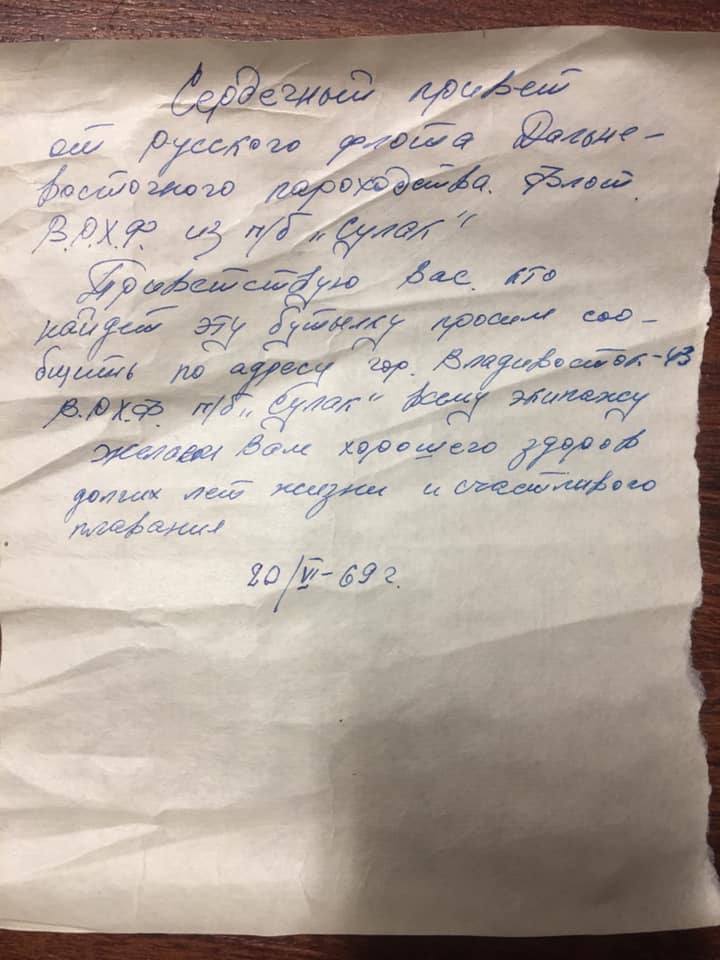 “Heartfelt greetings from the Russian Far Eastern Fleet. The ship Sulakh of the fleet VRHF {Far Eastern Fishing Fleet}. We great you when you find this paper please inform us at this address: Vladivostok – 63, VRHF, P/B Sukak, entire crew {Russian addresses are the opposite of ours – ie city to person}. We wish you good health, a long life, and happy sailing.”

capt. Anatoliy Botsanenko couldn’t believe it: “It looks like my handwriting. Really … looks like. But I’m not sure. Wait … For sure! East industry fishing fleet! E-I-F-F!”