The Mobster with a Heart? Al Capone’s Soup Kitchen

For years, mobster Al Capone had been the king pin in many an illegal operation – from moonshine to murder and far beyond. In 1930, the Feds were closing in on him and Capone needed some good publicity. Just a little after the one year anniversary of the Stock Market Crash of 1929, Capone launched a humanitarian effort which he hoped would put public opinion on his side: a humble soup kitchen in the mobster’s own town of Chicago. 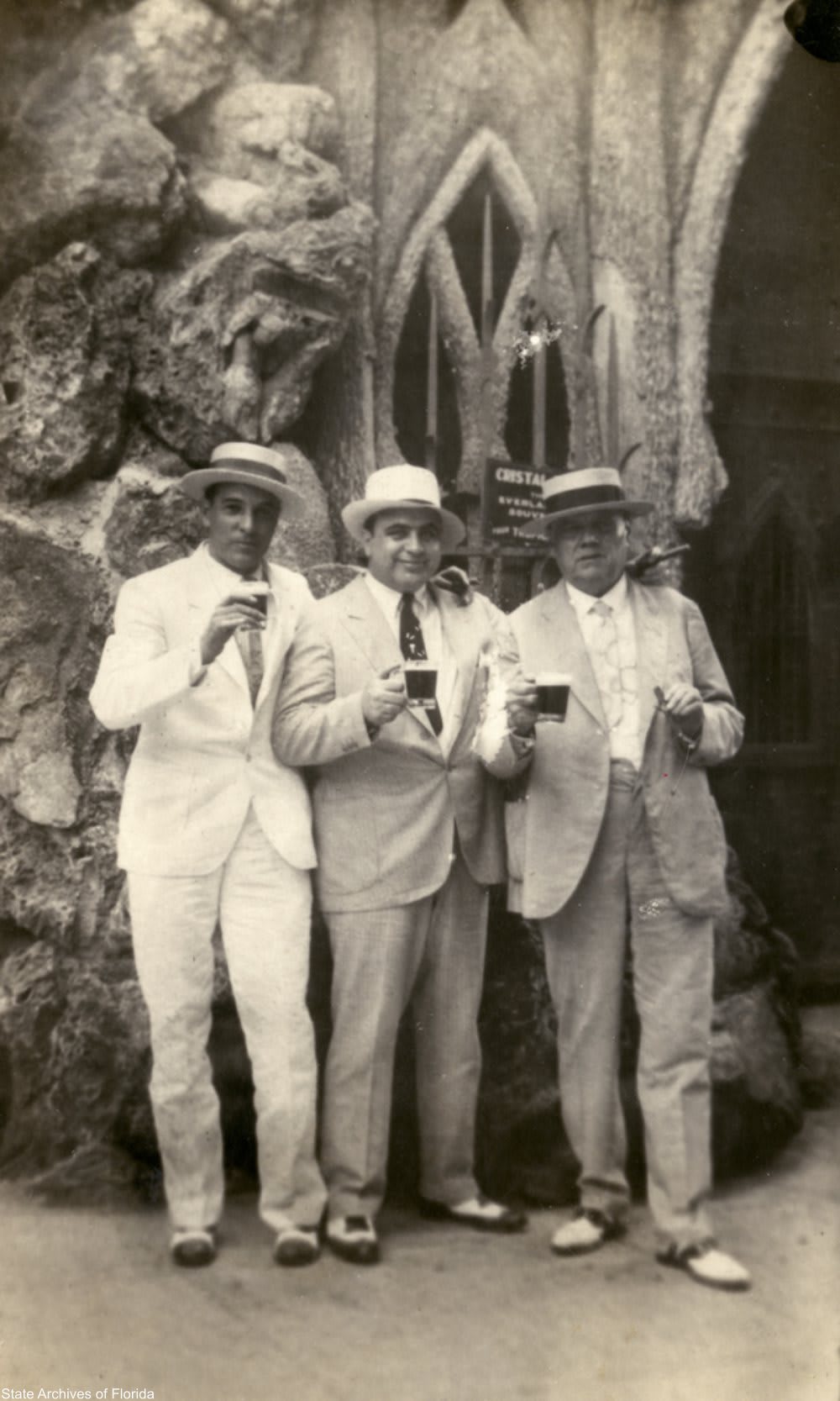 Capone (center) in Havana, Cuba, 1930. Via/ State Archives of Florida

It has been said of old Scarface that he never did anything nice without having an ulterior motive, like good publicity. Not unlike Benjamin Franklin, Capone wanted to be seen working hard for the people. He wanted public opinion to remember him not as a violent criminal, but as a kind and generous man who gave to the poor and to veterans.

But, Capone’s plans didn’t entirely work in his favor. Many newspapers claimed that Capone hadn’t actually footed the bill for the food in his soup kitchen- instead that coerced shop owners into “donating” the food upon penalty of violence. 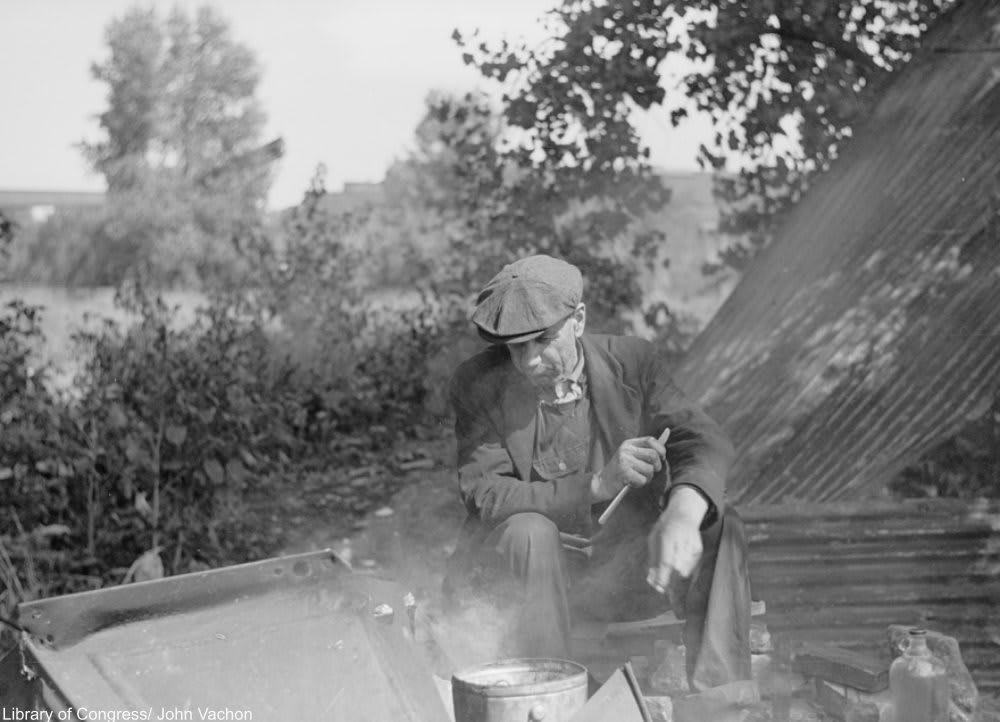 Shantytowns and homelessness was on the rise in the early years of the 1930s. Via/ Library of Congress

But, to the starving hobos and unemployed who relied on Capone’s soup kitchen in order to survive, the soup kitchen was a godsend which immortalized the gangster as a figure of good in their eyes. While newsmen in other cities may have seen it as a fluke, on the ground hungry folks were indeed benefitting from Capone’s organization.

Capone got the idea for a soup kitchen and ran with it. His soup kitchen fed 5,000 people on Thanksgiving Day of 1931, offering hundreds of thousands of meals over the course of a year. The soup kitchen was open for at least one year. But, young hobos lived to tell of Capone’s kindness many decades after he had died. 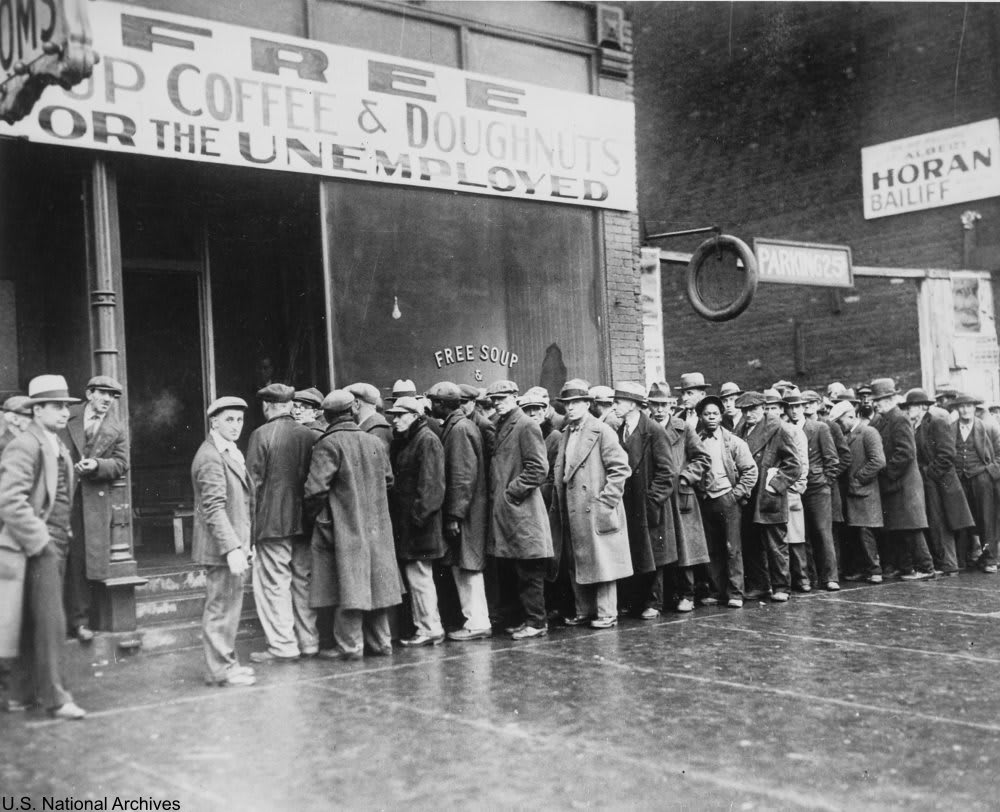 Al Capone was convicted of tax evasion and bootlegging in October of 1931 and sentenced to 11 years prison, of which he served 7. By the time Capone was released his late stage syphilis had reduced his mental capacity greatly, making it impossible for him to return to a life of crime. 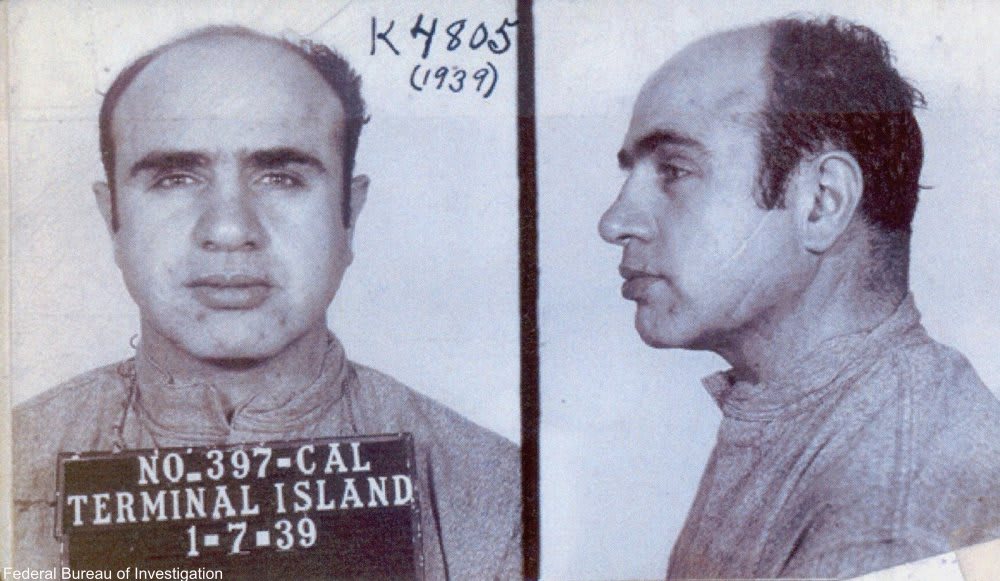 Capone near his release date. Via/ FBI

Capone lived out the rest of his life quietly surrounded by his family in his Palm Beach, Florida, Italian revival vacation home before passing from stroke in 1947.

The spot where Capone’s soup kitchen was was torn down in the 1950s to become a parking lot. Latest reports are that modern apartments are going in on the exact spot of the soup kitchen at 9th and State Street!