Old Products That Inspired 8 Phrases We Still Use Today

There are many sayings today that actually come from product slogans, even though we might not always remember that they started out that way. Some of these phrases have become so embedded in our everyday language that you’d never know they started out as ad taglines- unless of course you were there! 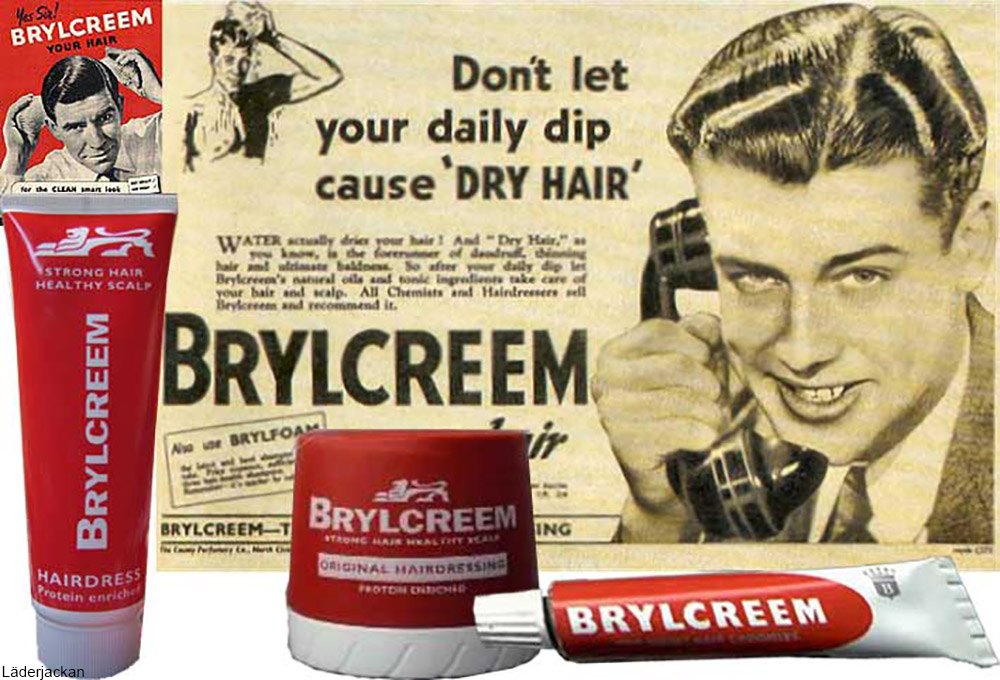 A dab’ll do ya

There was a time when most men wore pomade everyday to keep their hair in place and one of the most popular was Brylcreem. The phrase actually comes from a jingle in one of the first TV commercials for the brand that claimed “a little dab’ll do ya!” and the phrase stuck in people’s minds. Even today, it’s a good reminder to not go overboard with something. 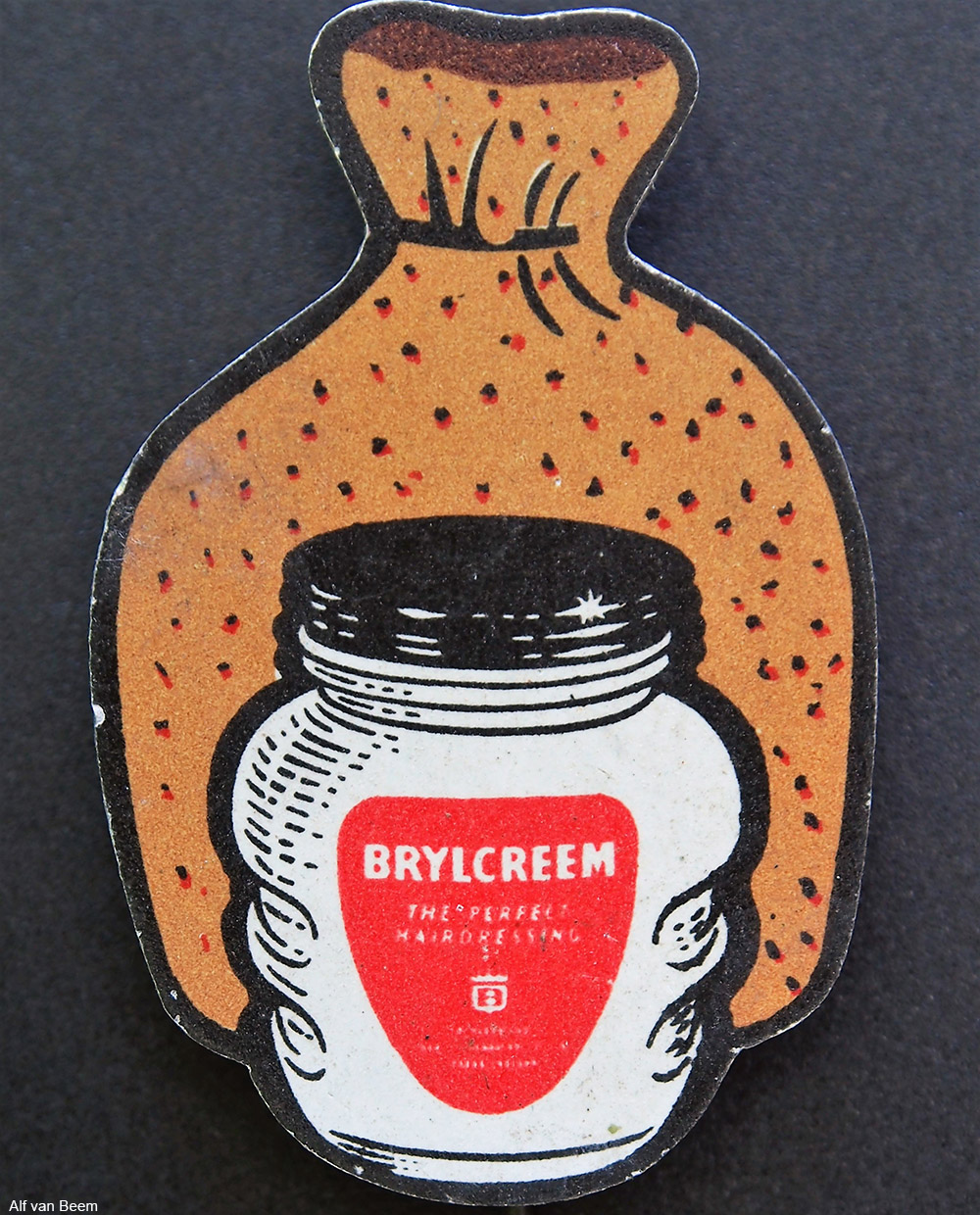 Calgon, take me away!

If your family is anything like mine, then you might have heard this one a lot. This slogan became the sarcastic tagline to many a family joke in the 1980s. The line debuted in a 1980 TV commercial for Calgon bubble bath powder, and it was this slogan which made the soap brand a household name for decades and even prompted a spoof on Saturday Night Live in the early 2000s.

Always a bridesmaid, never a bride

The phrase started out as, “Often a bridesmaid, never a bride” – as first seen in a 1950s magazine advertisement for Listerine mouthwash. These old ads were notoriously harsh on the reader, but this phrase really stuck around. At this point we doubt most people remember that it was ever a tagline- they might just assume it’s an old saying. 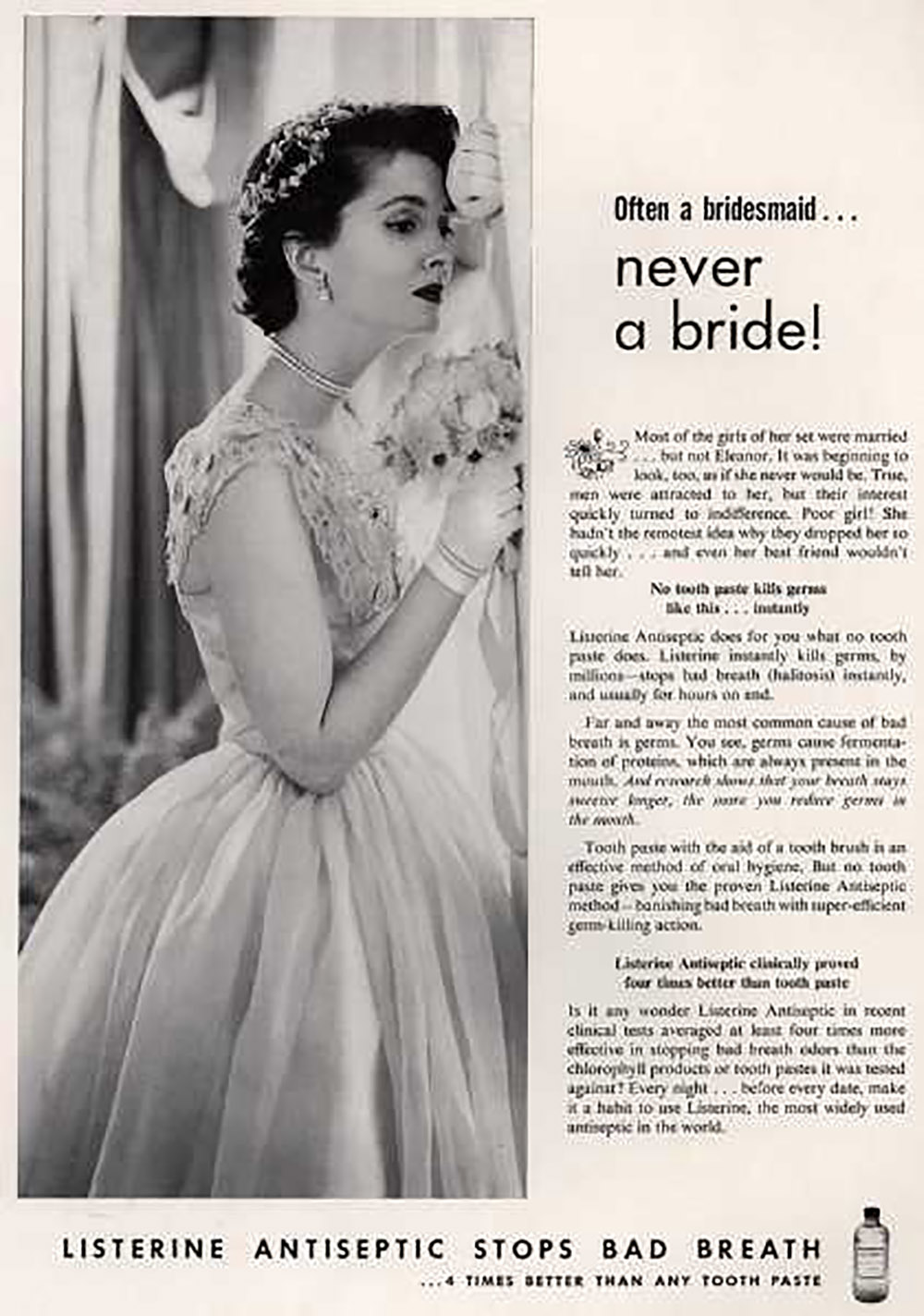 A diamond is forever

Many people take this saying as fact, but it is because of a DeBeers diamond advertisement that we say this. At the time when these ads came out, engagement rings weren’t all that popular and it was through ads like these that the practice really got going. 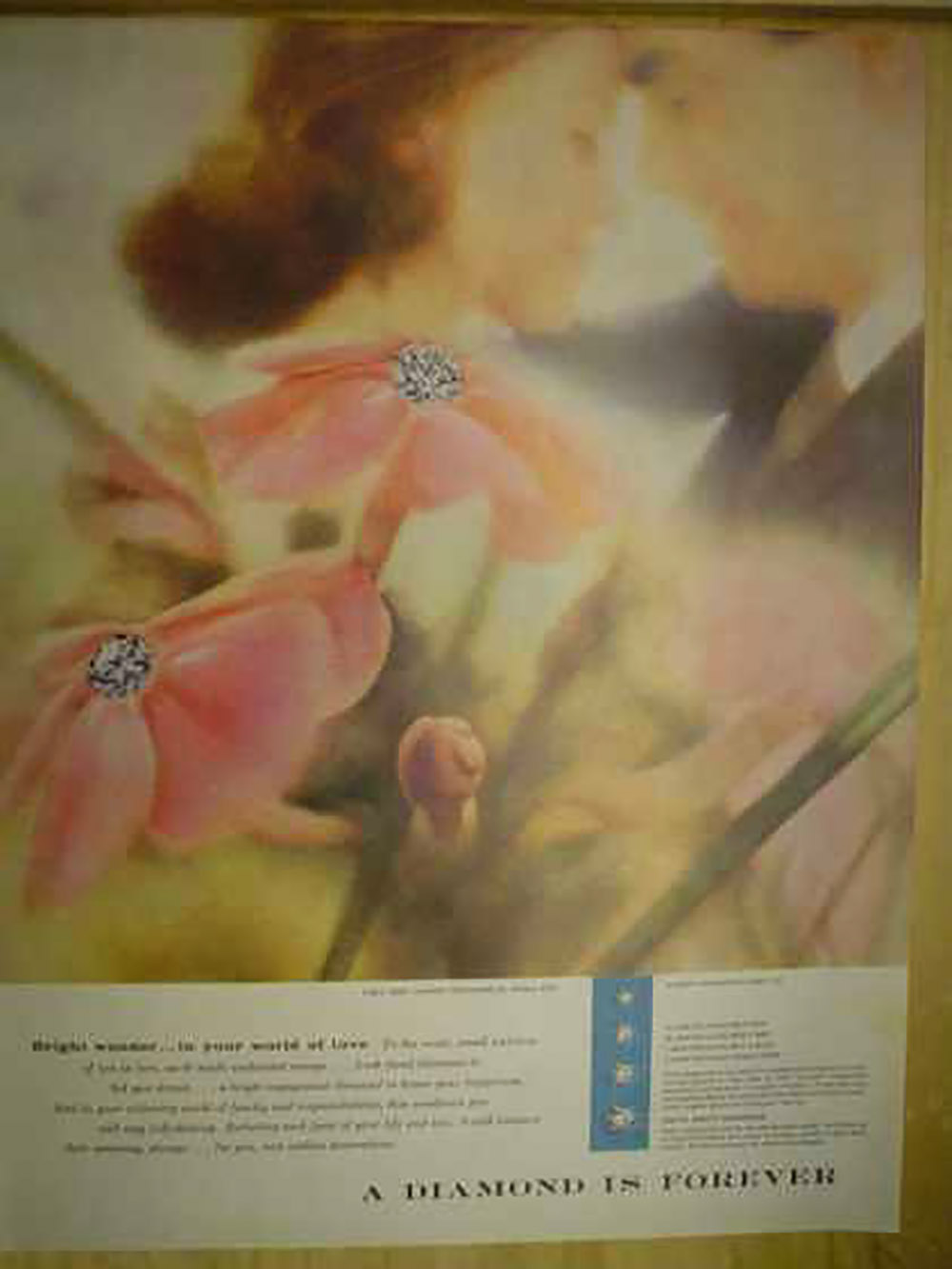 Good to the last drop

This phrase was first used by Maxwell House Coffee in 1915 and for a time the company claimed that President Theodore Roosevelt had invented the slogan upon tasting their coffee during a visit to Andrew’s Jackson’s historic estate. However, there is nothing linking the two and the company later stopped using this claim. For a short time Coca-Cola also used this slogan, but the brand had long since dropped it by the time the coffee brand utilized the now-famous slogan. 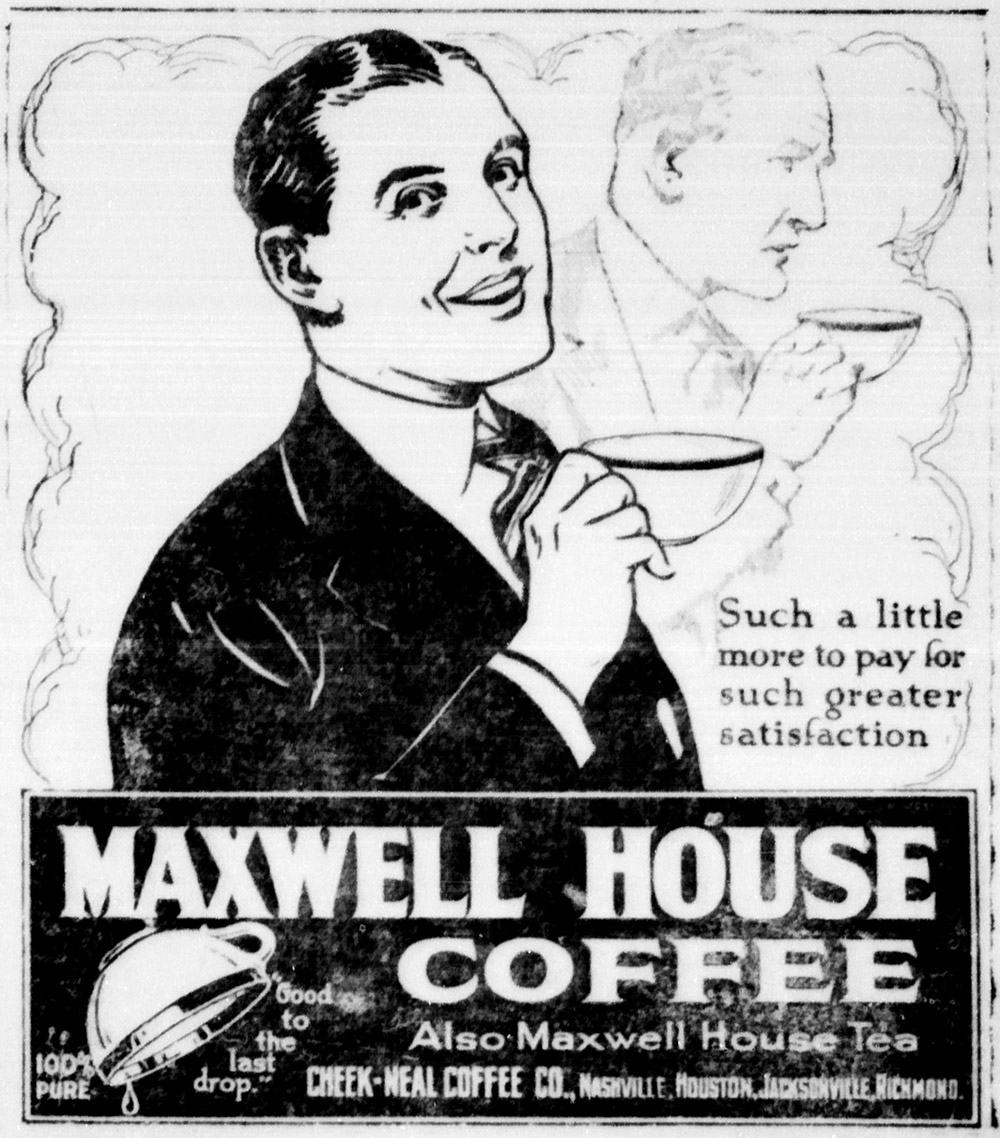 Takes a licking and keeps on ticking

This famous line was first broadcast in the early 1960s and has been used to described something tough ever since. If you watch the video below you can see John Cameron Swayze, newscaster-turned-spokesman, putting a Timex ladies watch in a dishwasher and then taking it again to show it still worked.

Trying to sell Volkswagon Beetles to Americans in the 1950s had proved somewhat challenging, a fast that VW essentially undid with their “Think small” advertising campaign. The approach of being truthful in ads and shying away from elaborate fantasies made it a success, but so did the phrasing. Later slogans that were clearly inspired by VW were “think green” and “think pink”.

Like so many things the slogan and the car are now gone, but such is life. 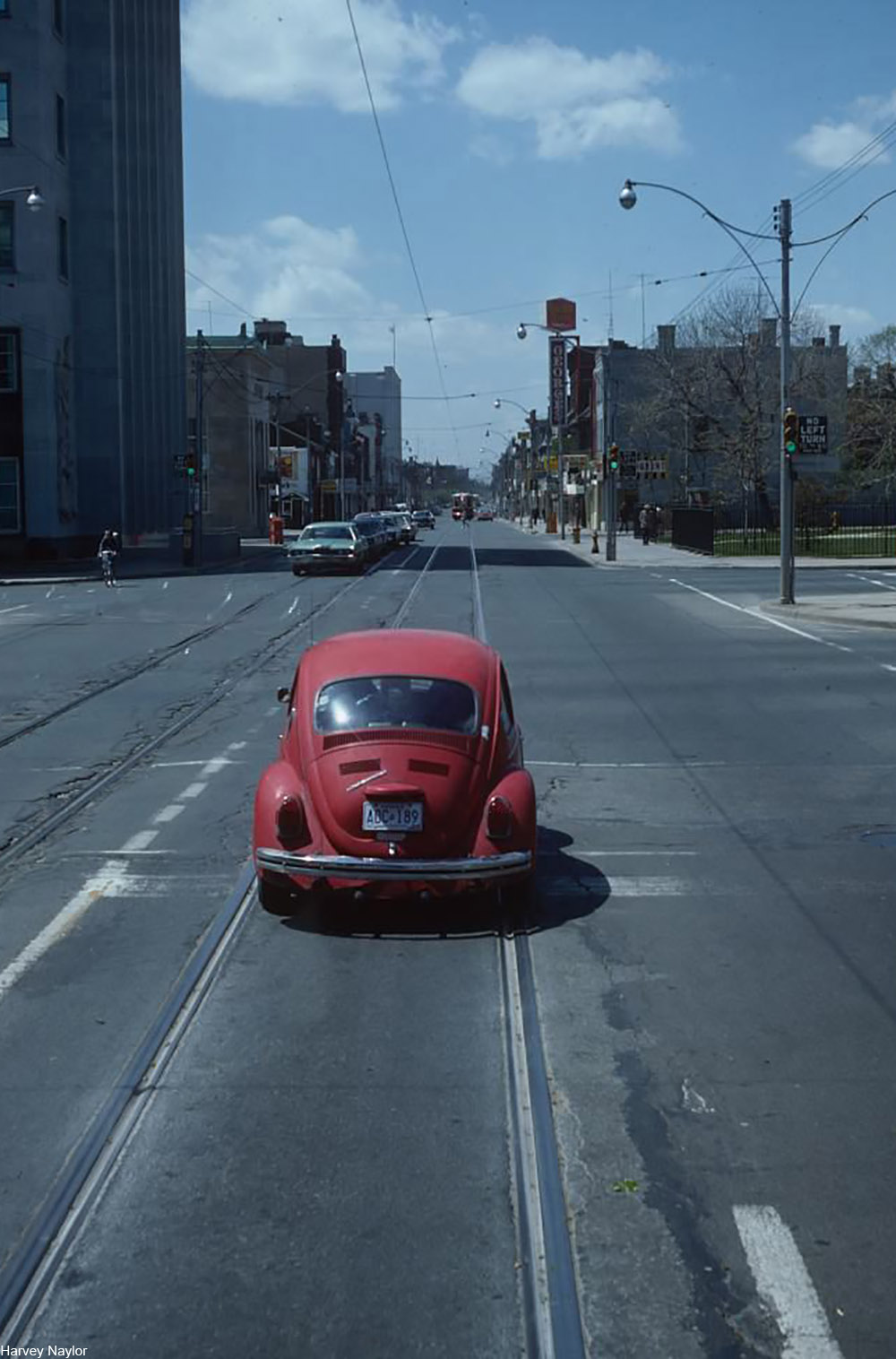 I can’t believe I ate the whole thing

This phrase was actually a 1972 campaign for Alka-Seltzer and the line was actually, “I can’t believe I ate that whole thing.” To this the wife of the man with indigestion replies, “You ate it, Ralph.” Instead of being a deterrent to overeating and suffering the same fate as Ralph, this phrase became a joke or a challenge depending on who you were with!

You don’t know sh*t from Shinola

Ok, this one wasn’t ever a brand slogan, but it has made an indelible mark anyways. Some of the shoeshine’s actual taglines were, “Your shoes are showing” and “You need Shinola”. For nearly a century this company was in business, but in 1960 they finally went under. During the 1940s, servicemen came up with the phrase above to refer to someone who wasn’t very smart.

The company name was recently bought and is now associated with a luxury accessories brand and a boutique hotel. Go figure. 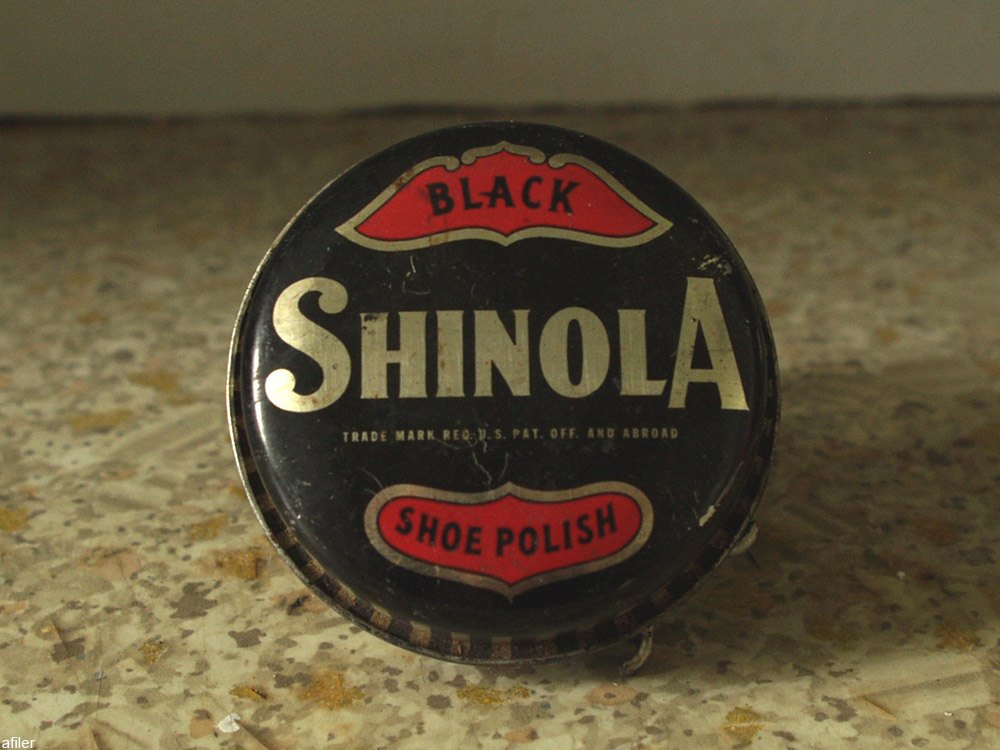