Inside The Abandoned Medical Buildings of Ellis Island

When we think of Ellis Island we think of the great American immigrant dream, where a poor pilgrim could seek refuge and work. However, the other side of that history is the gruesome reality of the pre-vaccine, pre-antibiotics world. Many people who arrived at Ellis Island were quite ill, from diseases caught on the ship over to those made worse by the journey. Ellis Island had 8 different measles wards in addition to multiple isolation units, the general hospital, the psychiatric hospital, and the morgue. In all, there was huge need for medical care on the island. However, today, these buildings are abandoned and give an eerie reflection of what it might have been like as a patient there. 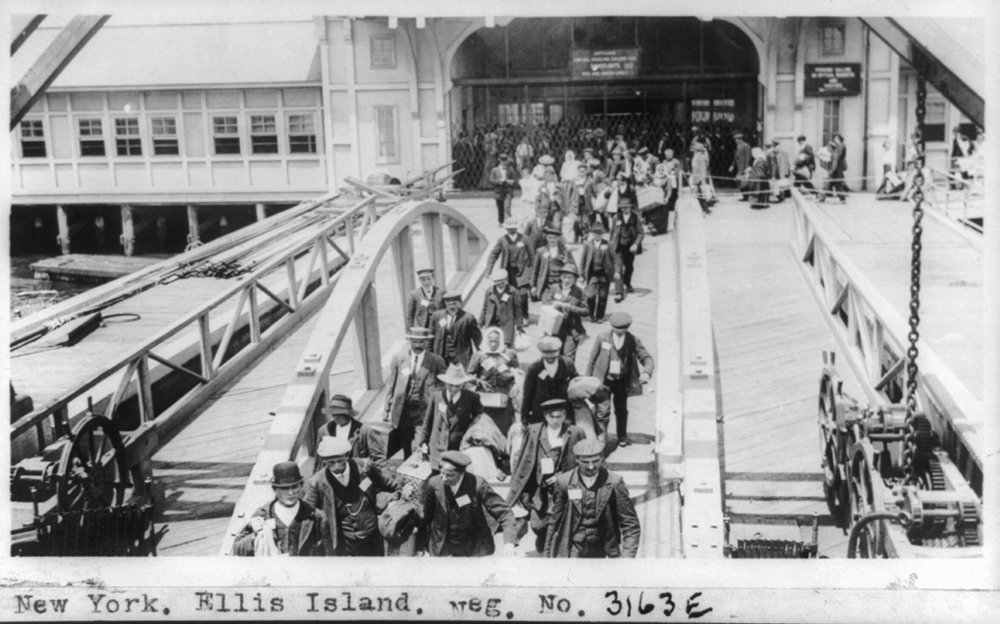 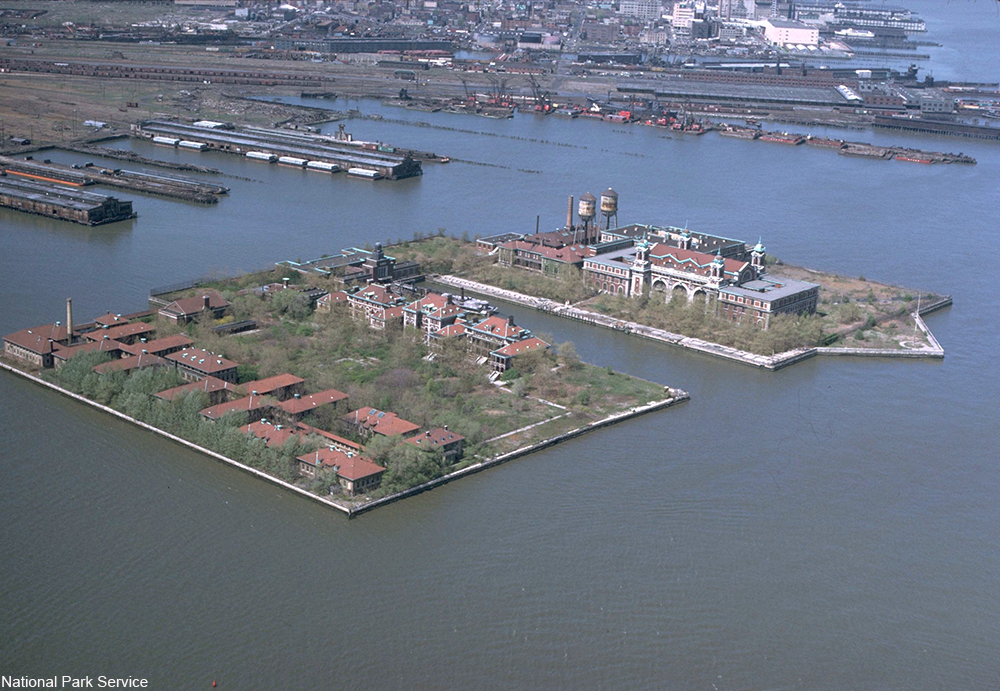 Aerial view of abandoned Ellis Island in the 1970s. Via/ Wiki Commons 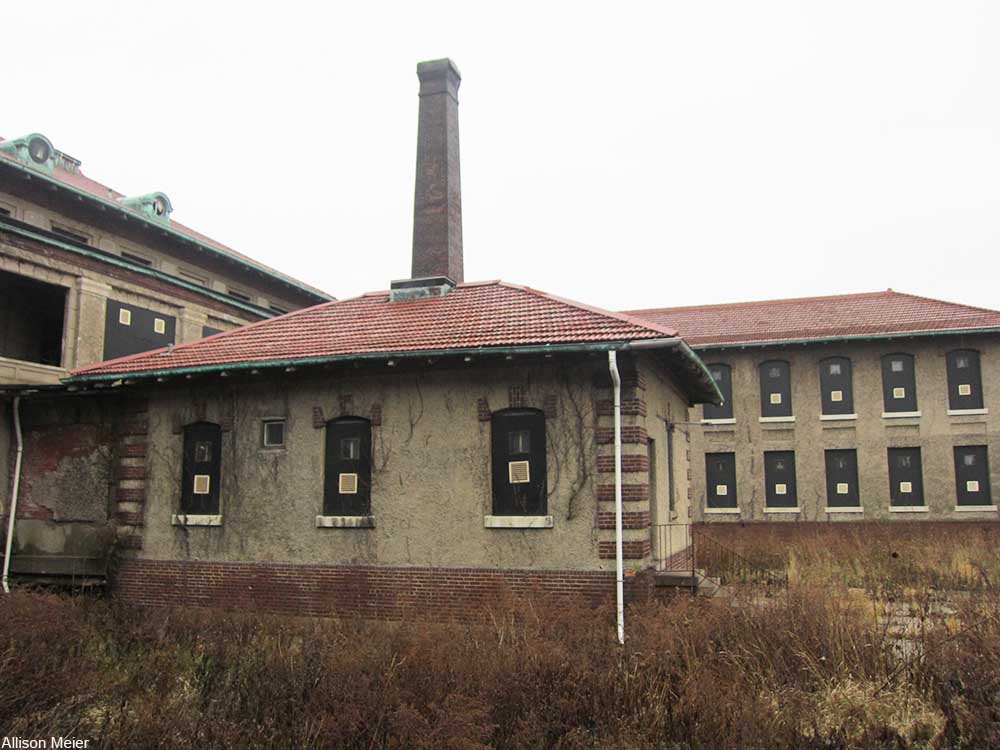 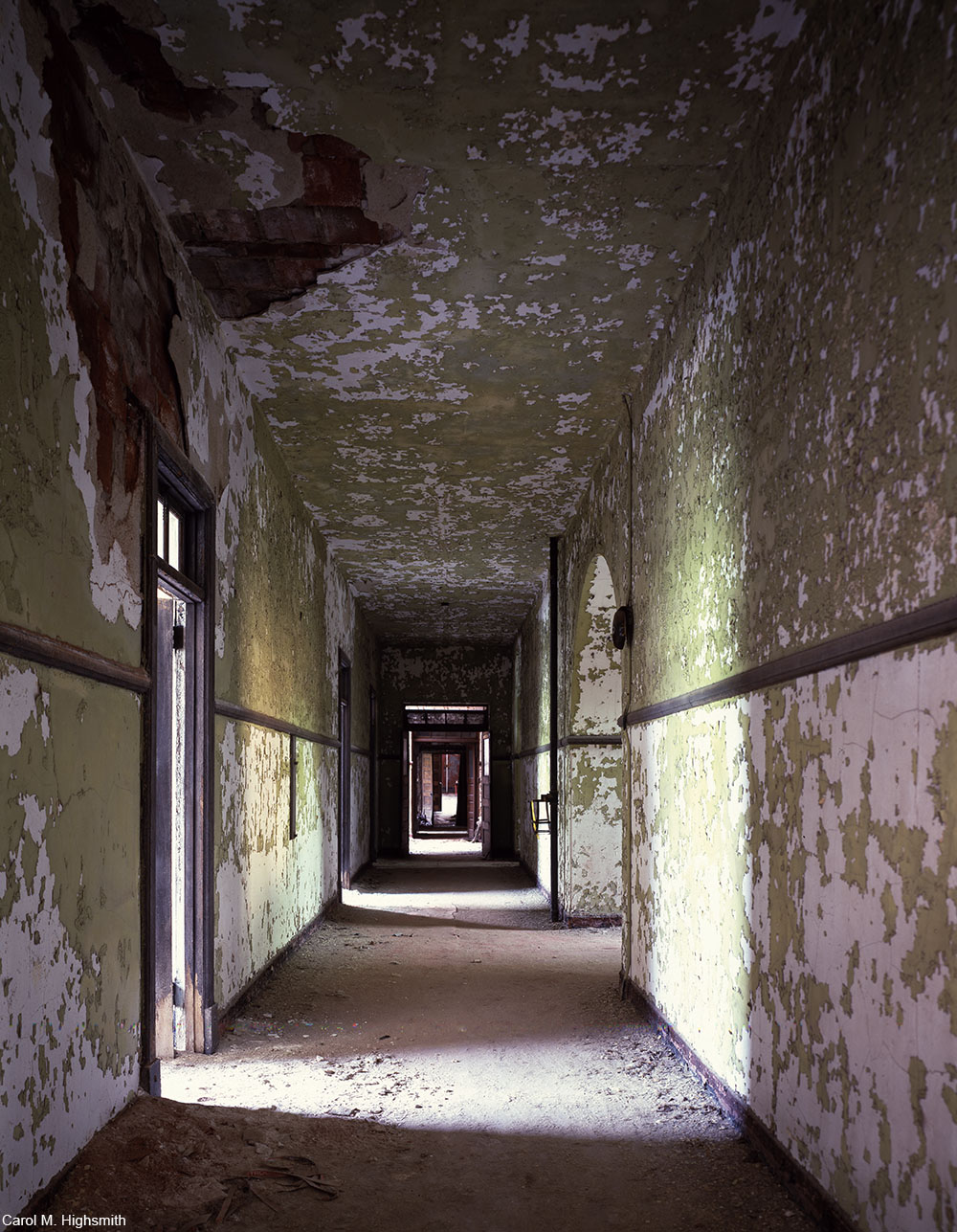 Corridor in the abandoned hospital on the Ellis Island Immigration Station. Via/ Library of Congress

First and second class steamship passengers looking to immigrate were often processed aboard the ship they sailed in on. It was usually only the third class (or steerage) passengers who were processed at Ellis Island. They were thought to be at risk of transmitting all kinds of diseases and needed to be inspected before they were released into New York City. At the Ellis Island Hospital they could be treated, quarantined, and detained if needed.

The hospital buildings were in use from 1902-1954, at which point they were closed down. Immigration traffic dropped dramatically after the Immigration Act of 1924, which limited the number and type and countries of origin of incoming immigrants, as well as required that immigrants have previously applied at American Embassies in their home countries beforehand.

Between 1924 and 1954 the hospital buildings were used to treat detained immigrants (though they were much fewer in number), to house German and Italian prisoners of war, and as training grounds for soldiers during World War II. The island also served as a place for sailors to get treatment, far away from the bustling city and potential contagion.

Since 1954, the medical buildings have been largely closed to the public. While the buildings were effectively abandoned by the U.S. government in 1954, in the 1960s the National Park Service took over the operation of Ellis Island, as it had been folded into the Statue of Liberty park. The Ellis Island Museum was opened in 1991. However, many of the medical buildings remained in a state of disrepair for years. 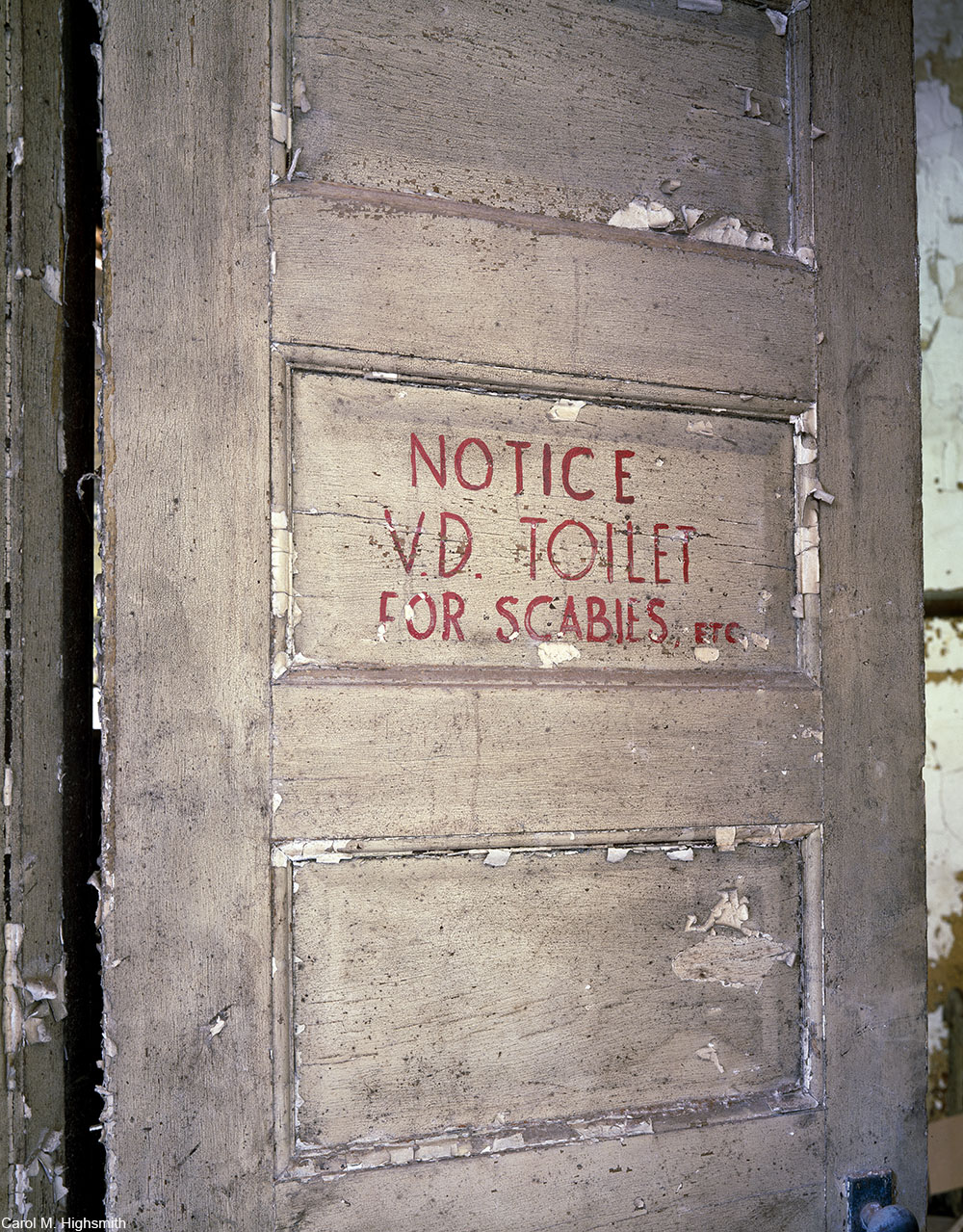 The door to the bathroom in the old Ellis Island Hospital building describes the types of diseases that were prevalent. Via/ Library of Congress 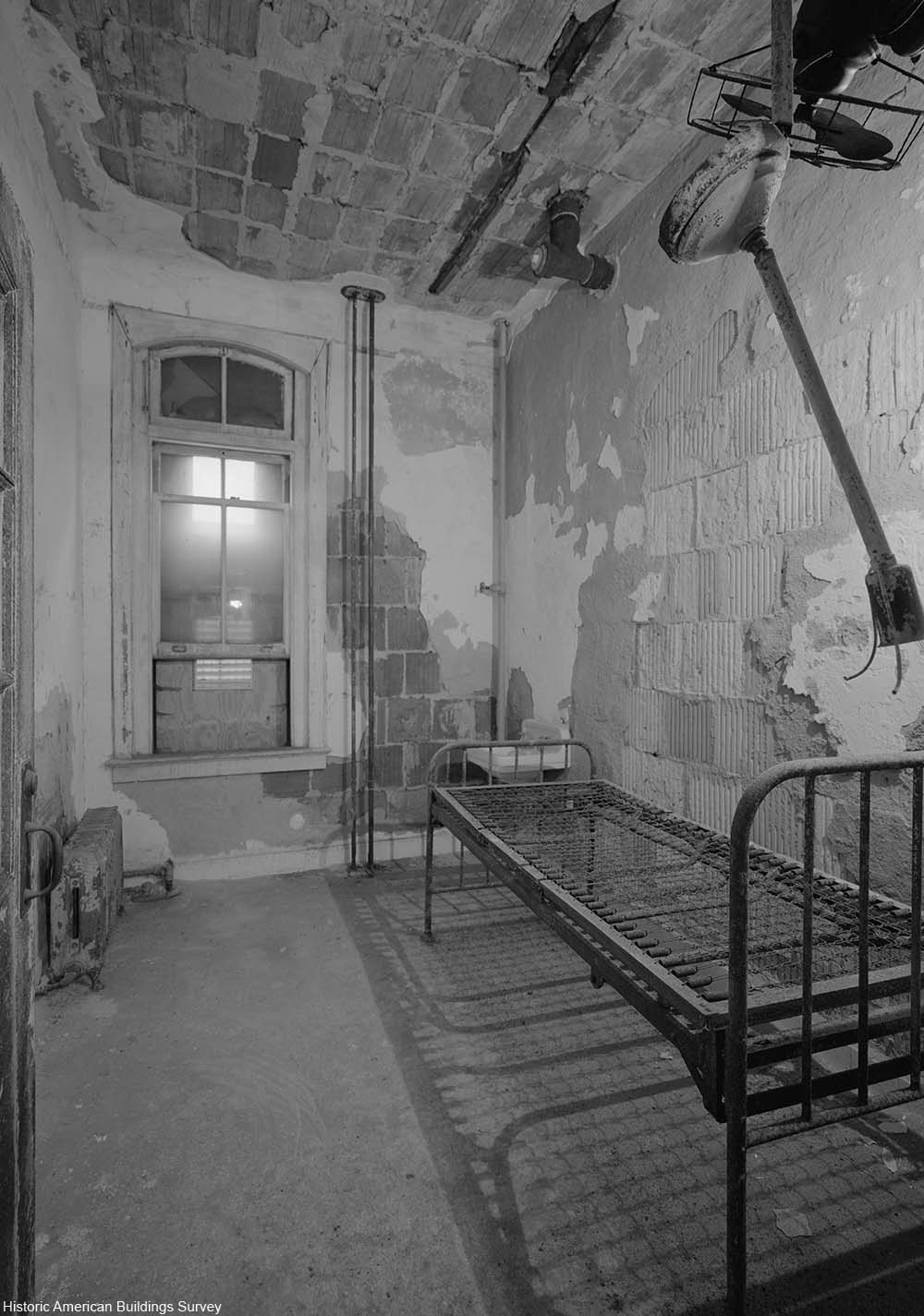 Creepy room at the Ellis Island Psychopathic Ward. Via/ Library of Congress 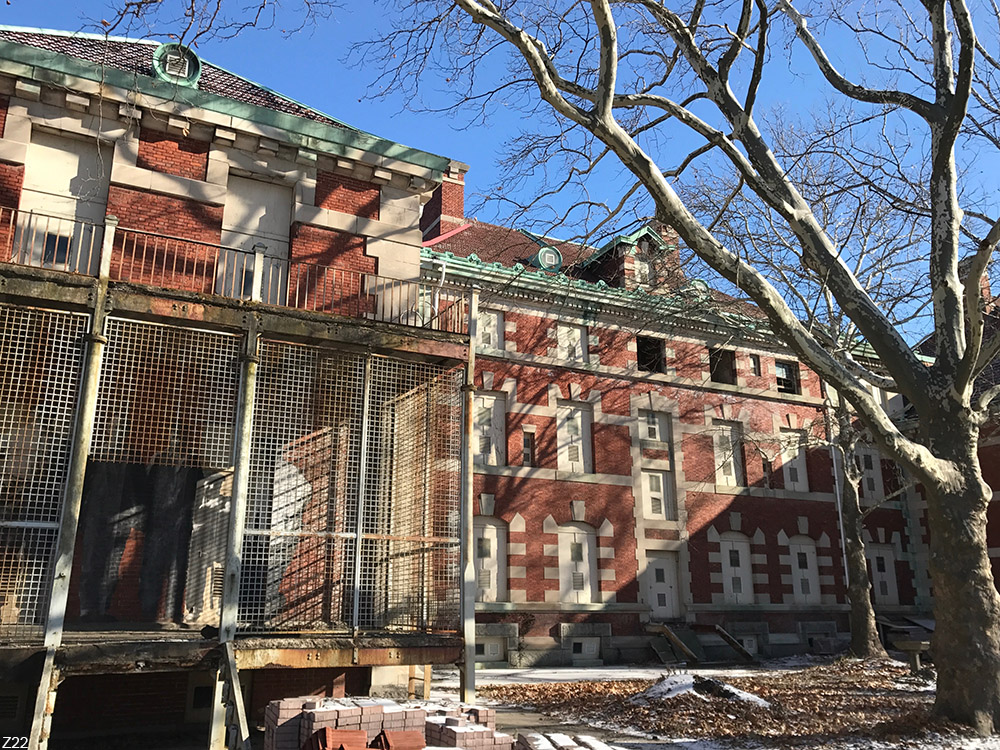 Caged in porch at the Psychopath Ward, Ellis Island. Via/ Wiki Commons 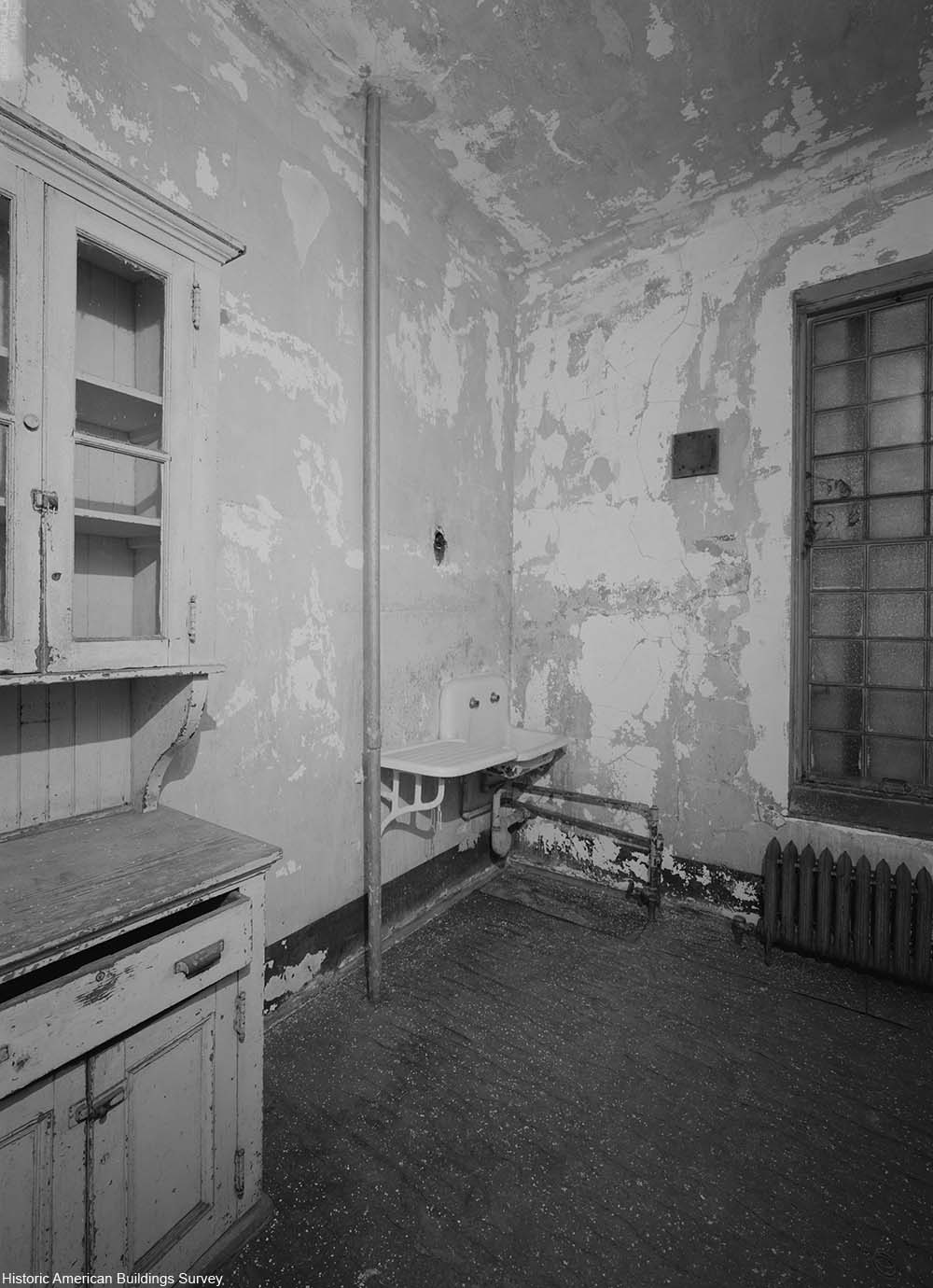 The grounds are kept much cleaner and are more manicured than the 35 years of decrepitude that preceded the present day, but the hospital wards and offices are still not fully open to the public. Over the years, many curious photographers have snapped some incredible images of the abandoned medical buildings where thousands were treated for illnesses before they could either be admitted into the country or deported. 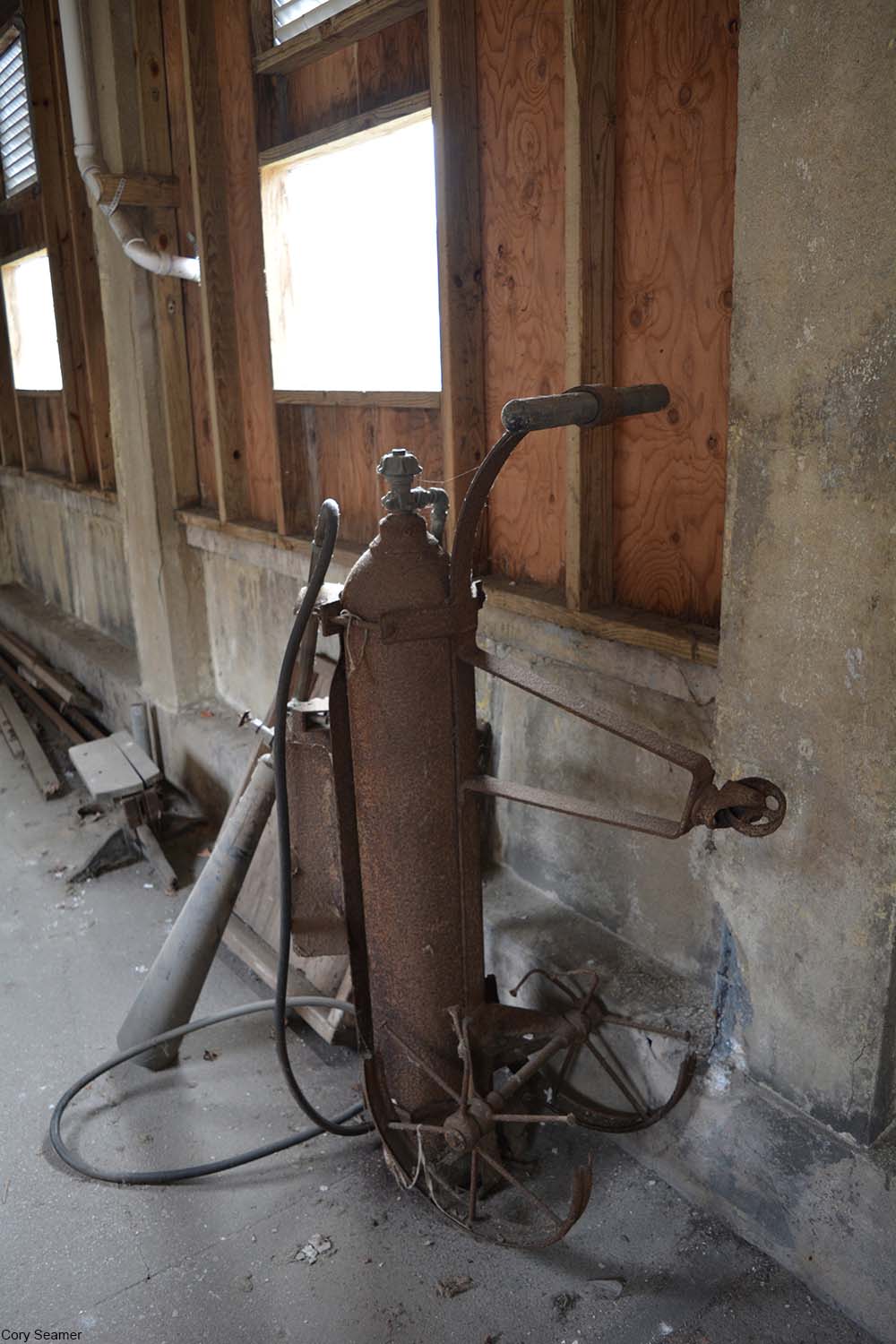 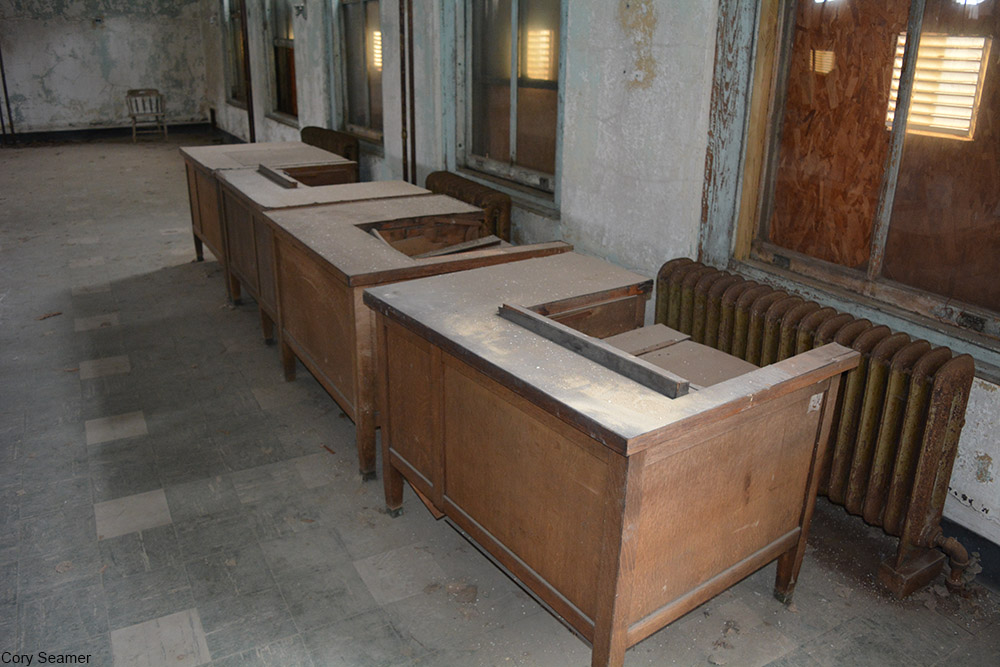 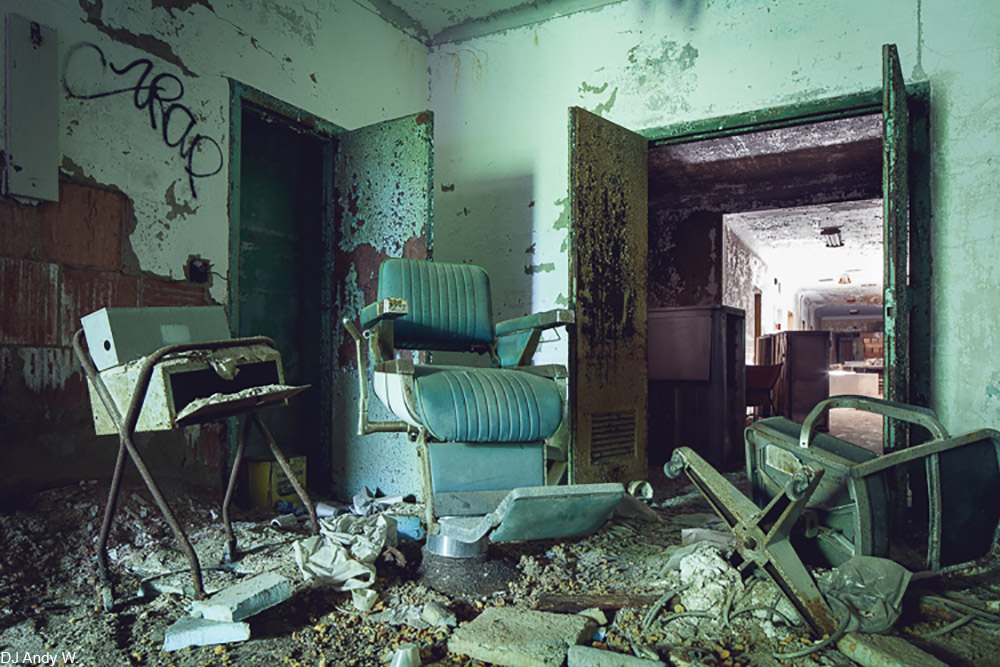 The care of these buildings now lies with the Statue of Liberty–Ellis Island Foundation, Inc. which fundraises for the monuments, but the museum is run by the National Parks Service. The hospital complex is not open for walk-in traffic, but is available these days for guided tours to the tune of $58.50 ($53 for seniors). There were originally 750 beds in the complex, a small number when you consider that 12 million immigrants passed through the Ellis Island station hoping for a better life. 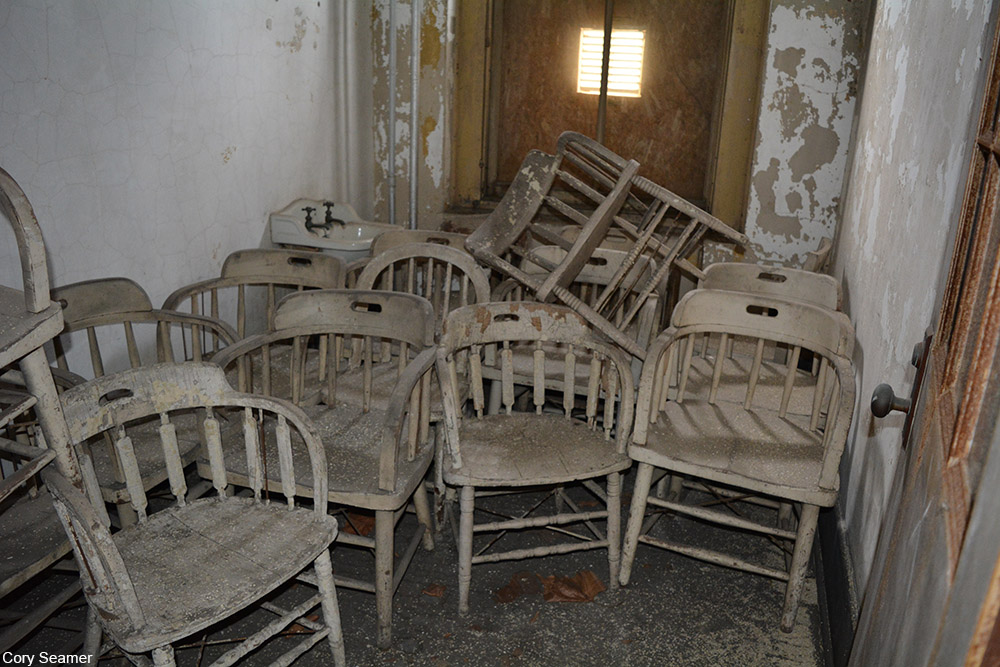 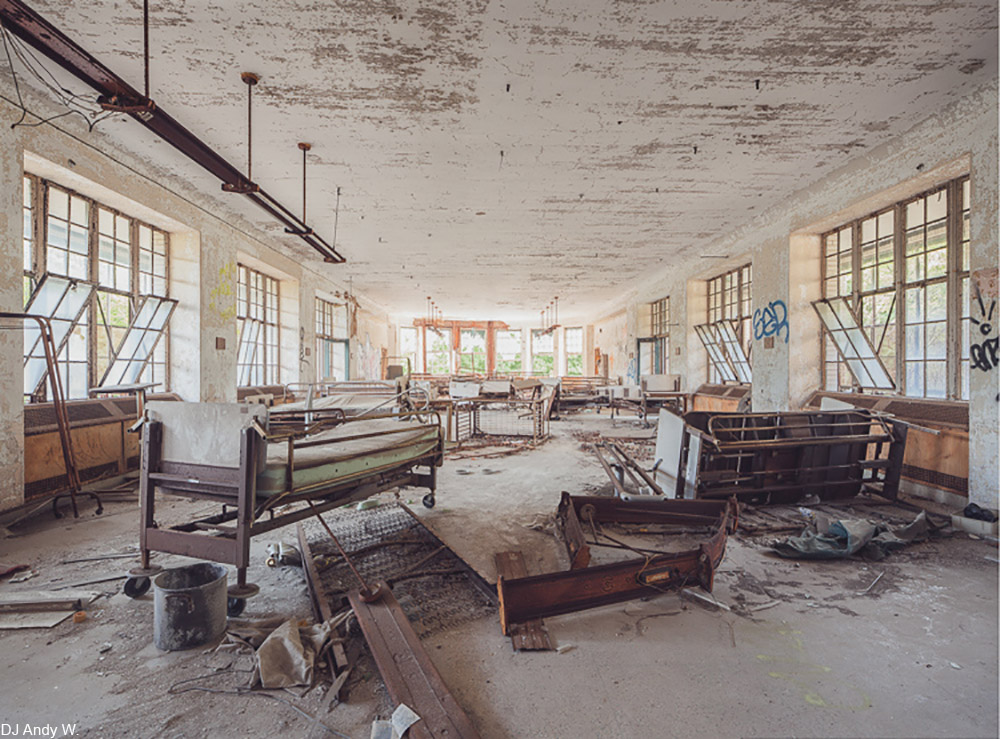 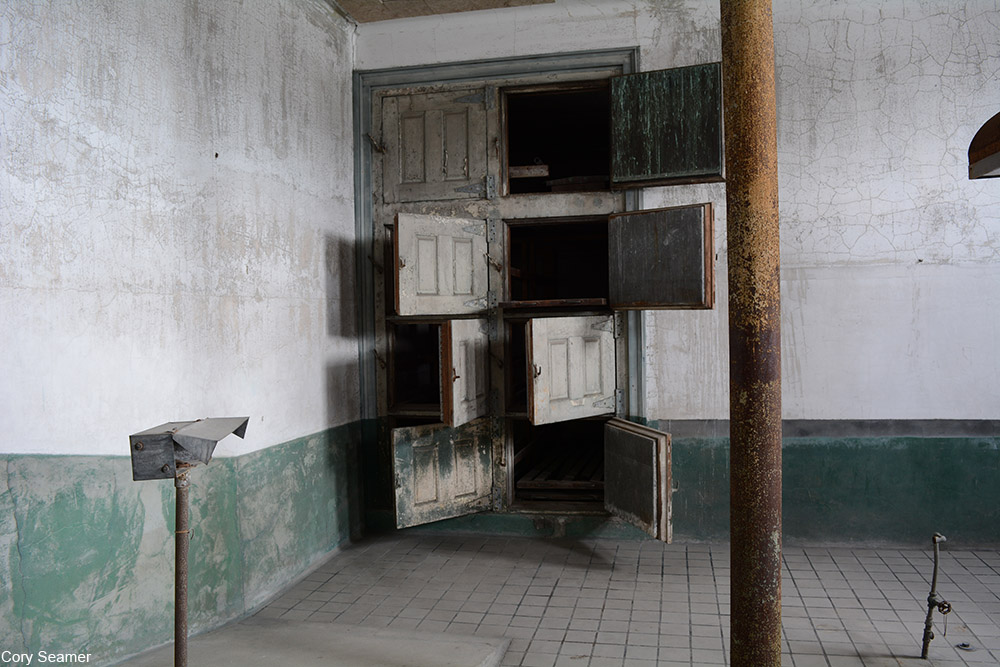 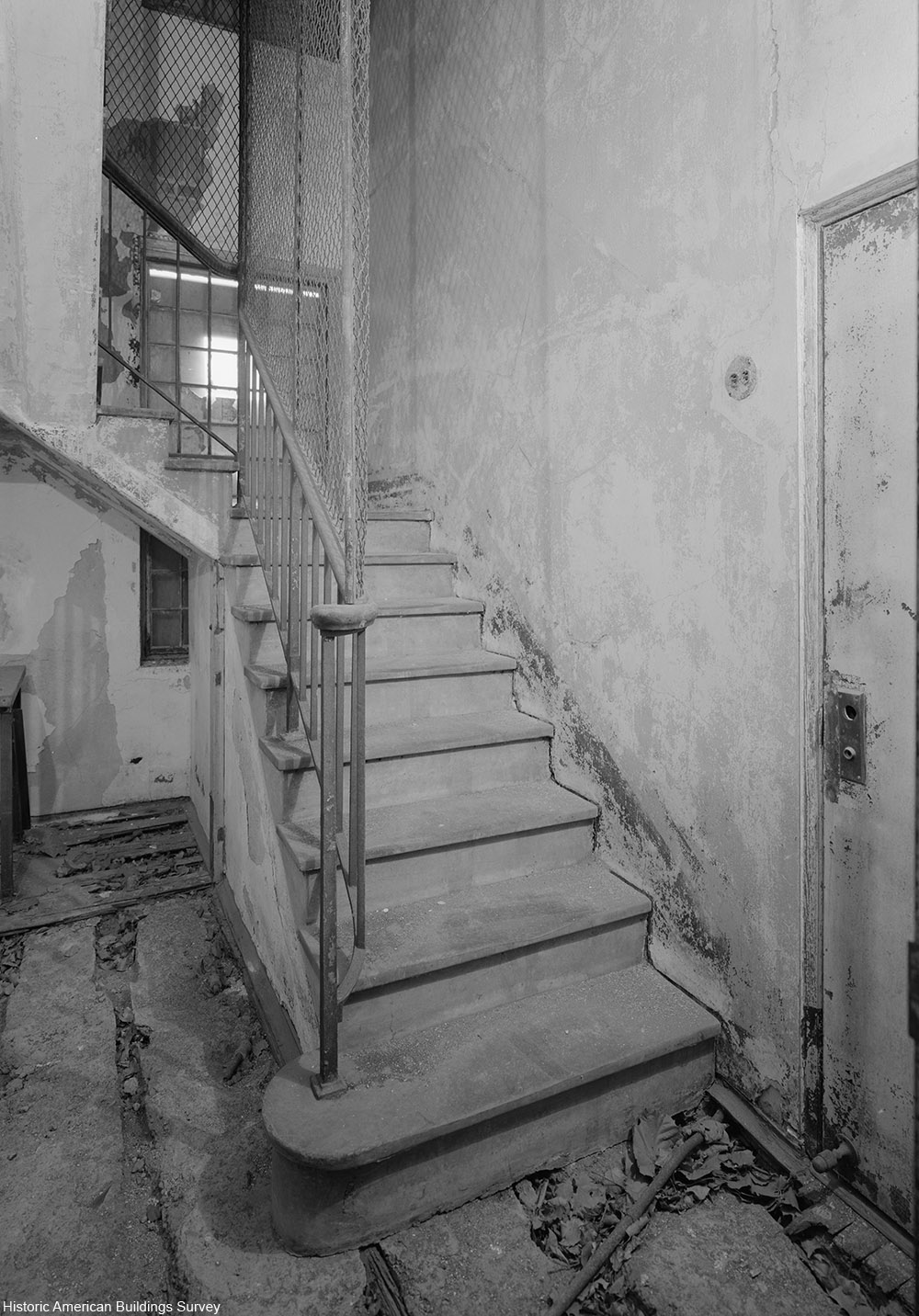 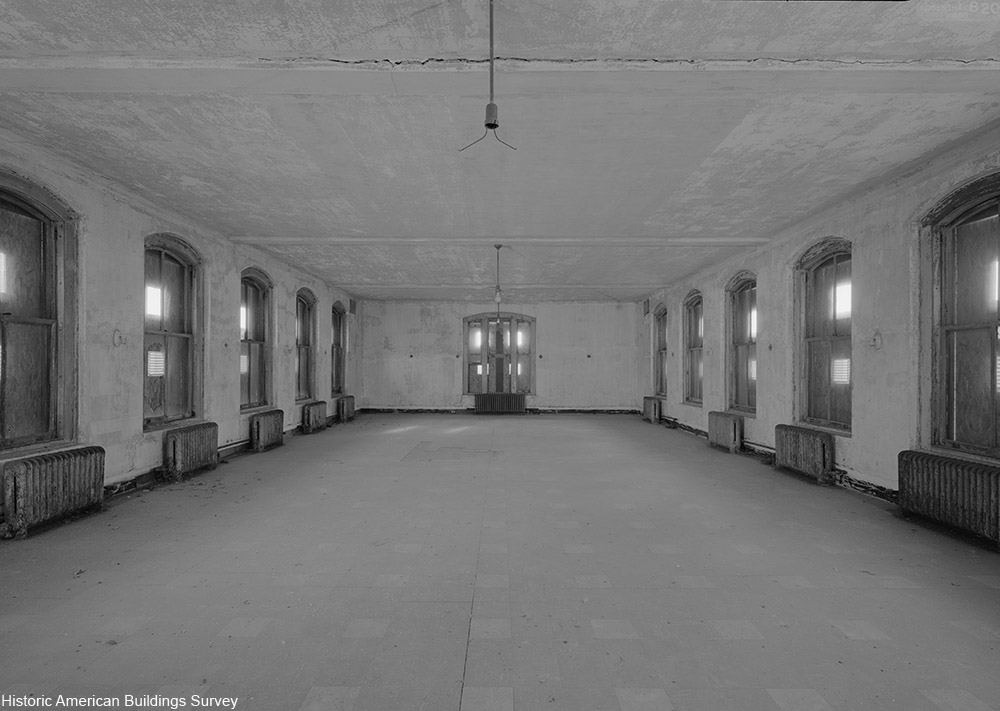 View of second floor open ward from north of Contagious Disease Hospital Measles Ward A. Via/ Library of Congress