Then and Now – 9 Beautiful Mansions That Were Saved

We hear so often of historic buildings that are razed to make way for the new or old mansions that were left in disrepair so long that they are no longer salvageable. But, there are some wonderful old mansions which did survive. They range in size and style, but all were once in danger of being completely forgotten. In a world of constant change, it’s so wonderful to find that a few old things can still survive. Once built as grand homes, many of these buildings function as museums today. They are places where one can peer into the past and marvel at the imaginations of the people who built them. Have a look at these 9 mansions that were saved. 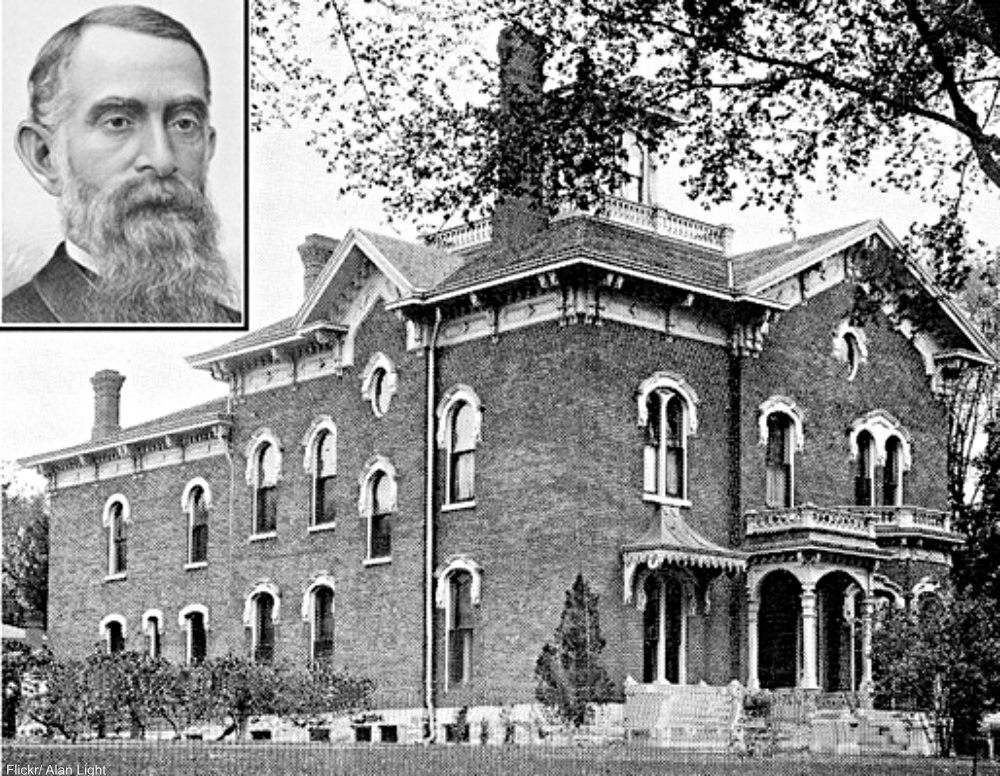 Built in 1874, this stunning brick home was adorned with incredibly detailed touches. The cupola, widow’s walk, and trim work alone make this house a special place. Today it is used for several businesses, but remains a visual landmark in Iowa City, IA. 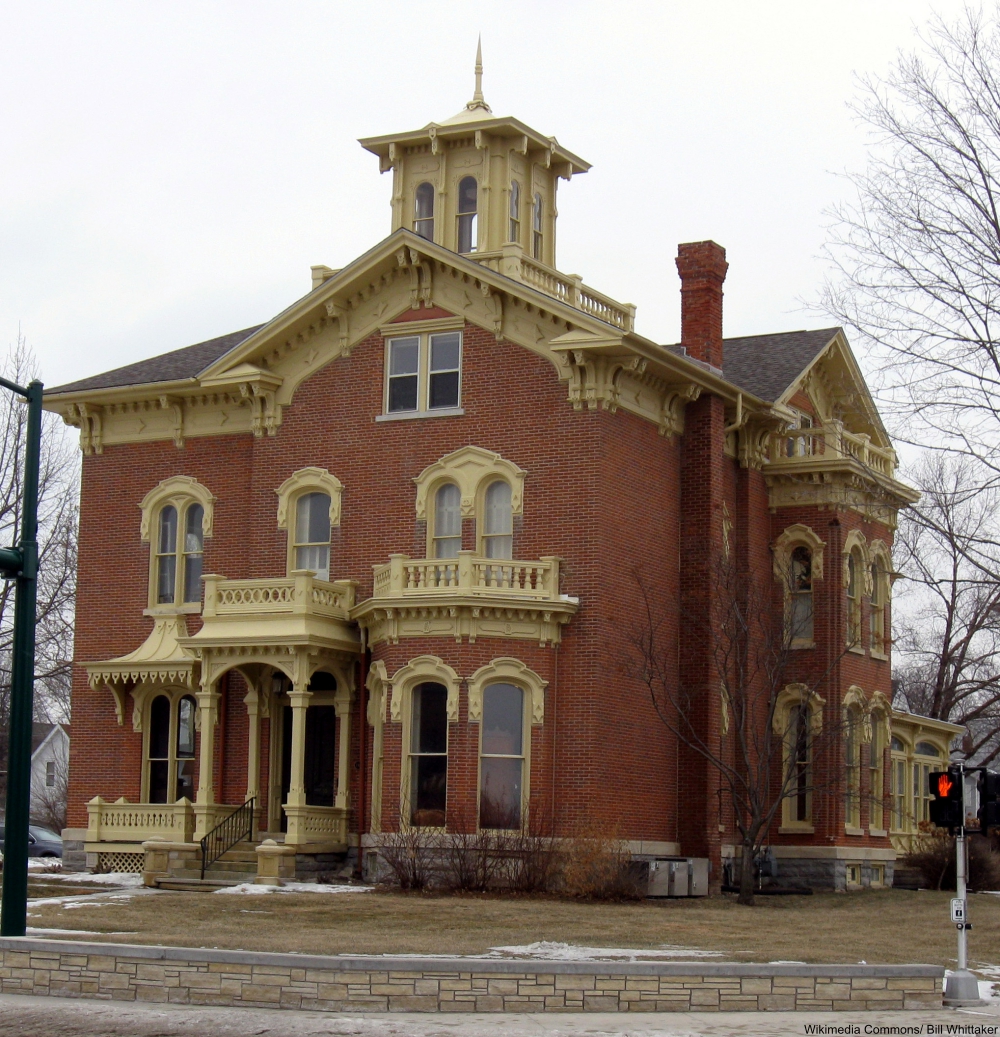 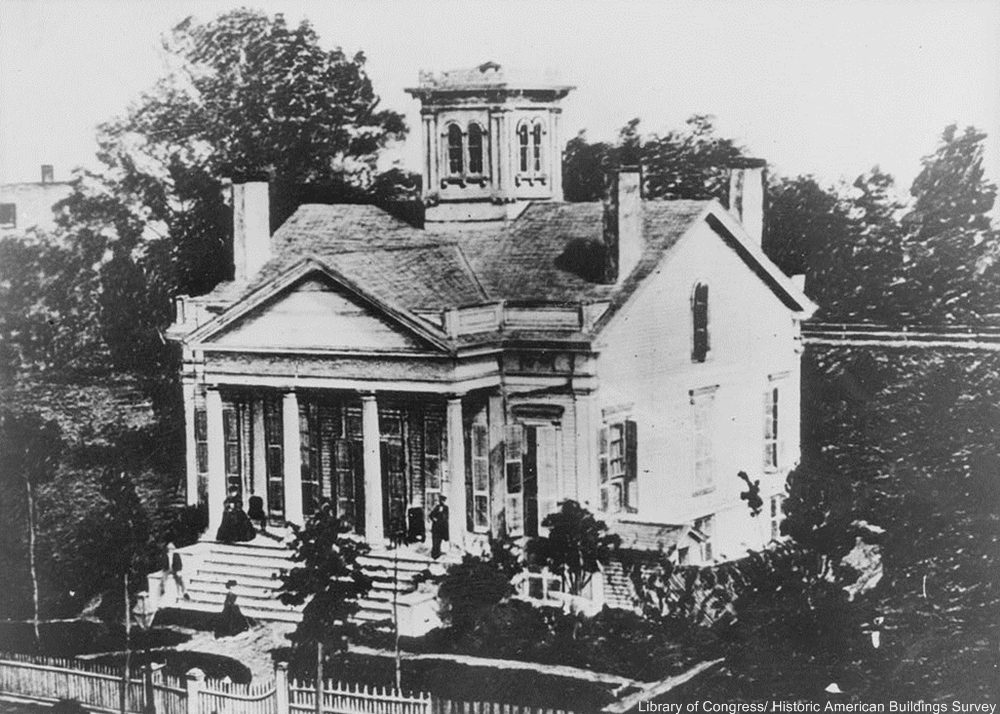 Henry B. Clarke House Chicago, IL, 1902 after it had been moved from Michigan Ave. to Wabash Ave. Via/ Library of Congress 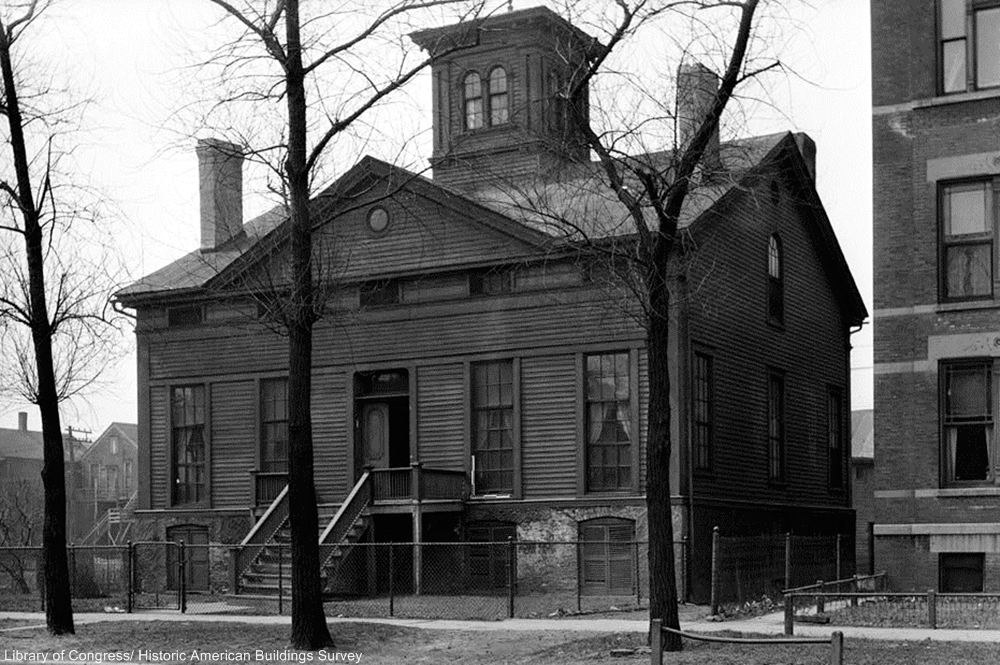 Henry B. Clarke House in 1936. Via/ Library of Congress

This pre-Civil War house survived the Great Chicago Fire of 1871 only to be moved twice before becoming a museum owned by the city. Construction started in 1836, making Henry Clarke House one of the first grand homes built in the South Side area of Chicago. But, the Crash of 1837 meant that the family had to take in boarders to make ends meet. One account from a lodger tells of how they used the unfinished rooms for meat storage. The original owner, Henry B. Clarke, died in 1849, and after that the house was known as the “Widow Clarke’s House.” The Clarke House was moved by the next owner, John Chrimes, in 1871 to Michigan Ave. in Hyde Park.

This Greek Revival building was used as a church from 1941 to 1972 and the City of Chicago purchased the structure in 1977 after the St. Paul Church of God and Christ decided they wanted to use the land for another purpose. The structure was then moved again to its current location on Indiana Ave. which required the entire house to be lifted over the L line. Today, this restored home is The Clarke House Museum. 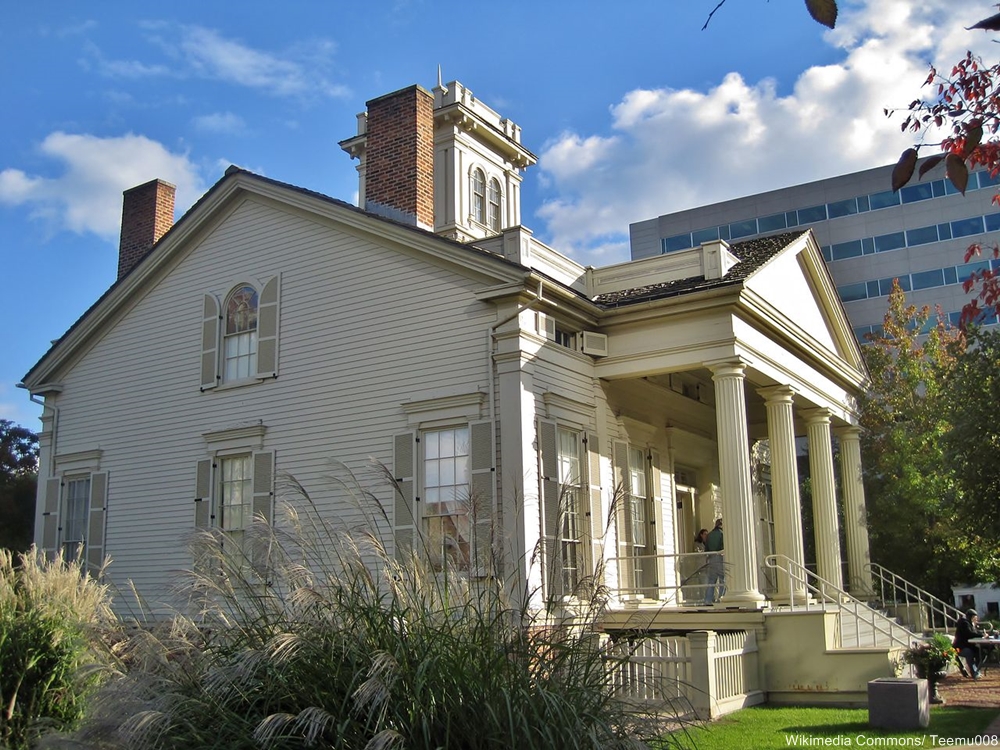 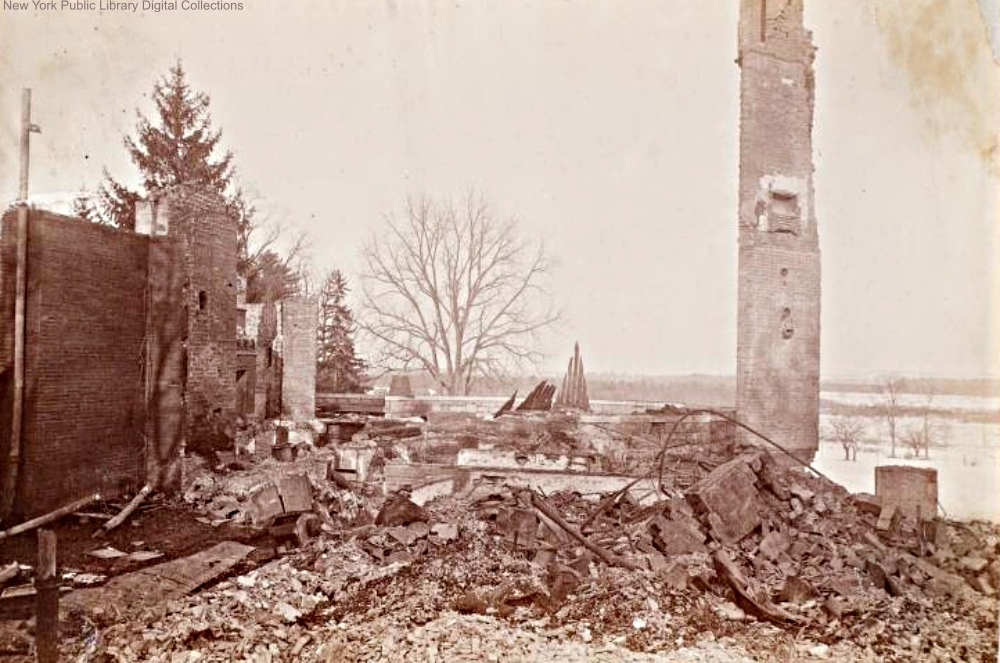 Ruins of Yaddo Mansion after the fire in 1893 in Saratoga Springs, NY. Via/ NYPL

The sad history of this mansion does not detract from its beautiful design or its creative purpose today. Bought in 1881 by Spencer Trask (an early financial supporter of Thomas Edison) and his wife, Katrina, the mansion burned down in 1893, as seen above. The Trasks rebuilt in the 1890s. The couple had four children, one of whom came up with the name for the estate. Sadly, all four children died young. With no one to leave their mansion and grounds to, the Trasks decided to make the mansion an artists’ retreat where new works could be created. The mansion and grounds continue to serve in this capacity and have done so since 1926. 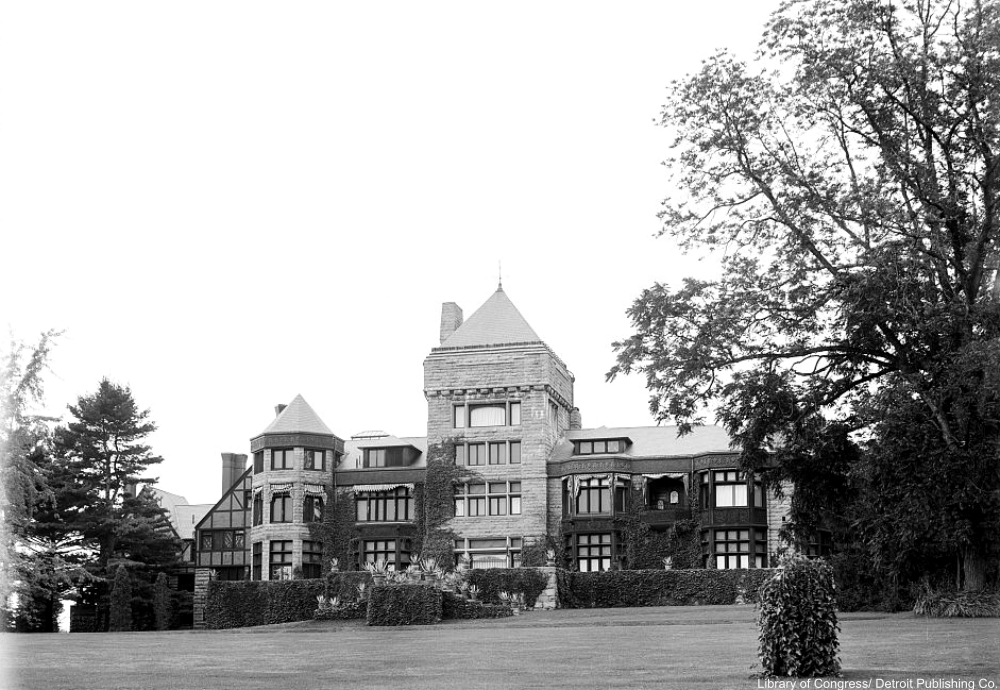 Yaddo Mansion around 1905 after it had been rebuilt. Via/ Library of Congress 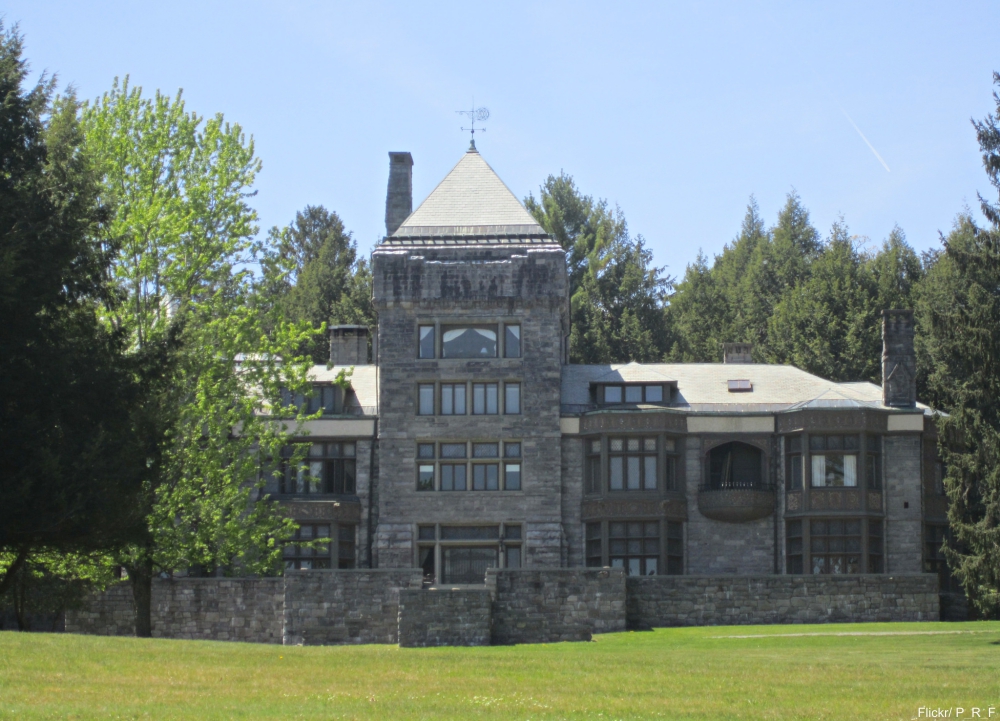 Modern-day Yaddo looks much the same as it has for over 100 years. Via/ Flickr

Click “Next Page” to see the more of these historic mansions!