The Truly Heartbreaking Story of the 5 Sullivan Brothers

After listening to FDR declare war and losing friends to the war effort, all five sons from the Sullivan family from Waterloo, Iowa, enlisted in the U.S. Navy. They really wanted to be a part of the war effort and more importantly they wanted to do it together. The Navy had a policy of separating siblings, but this policy was not always strictly enforced and the 5 brothers were all assigned to the USS Juneau in January of 1942.

Aboard the USS Juneau, all five (Albert, Joseph, Madison, George, and Francis) were killed on Nov 13, 1942 when the Japanese bombed their ship off the Solomon Islands. 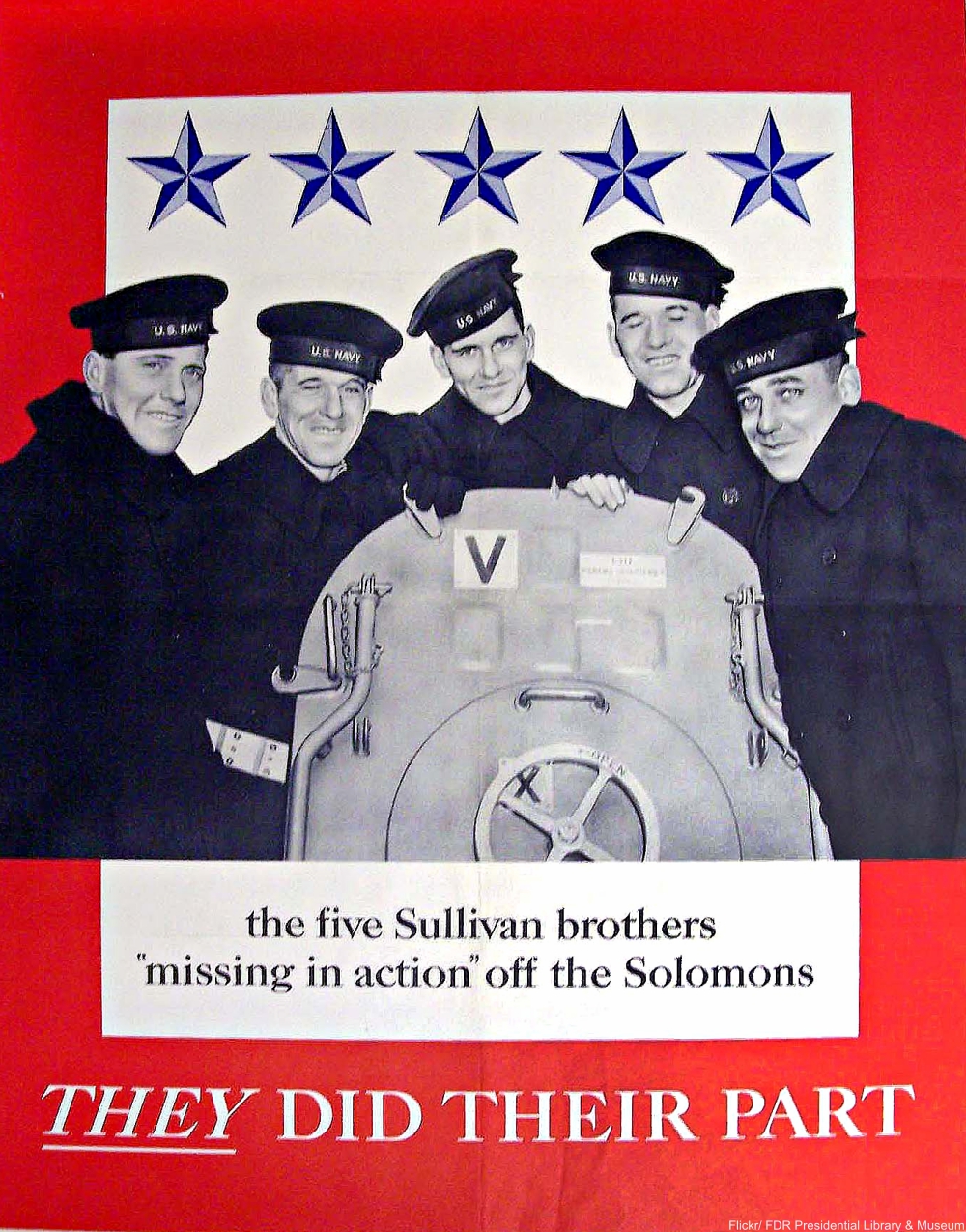 Due to the classified nature of their mission, the USS Juneau was keeping radio silence even before she was attacked and it was no different once the ship has sustained damages. Additionally, the other ships crew among the convoy presumed because of the quick and violent sinking of USS Juneau that any survivors would have been extremely unlikely and damage reports were delayed.

3 of the Sullivan brothers were killed almost instantly (Francis, Joseph and Madison). The other two (George and Albert) survived the destruction of the ship but died in the water days later. By the time rescuers finally made their way to the scene only about 10 of some 100 hundred initial survivors were still alive. 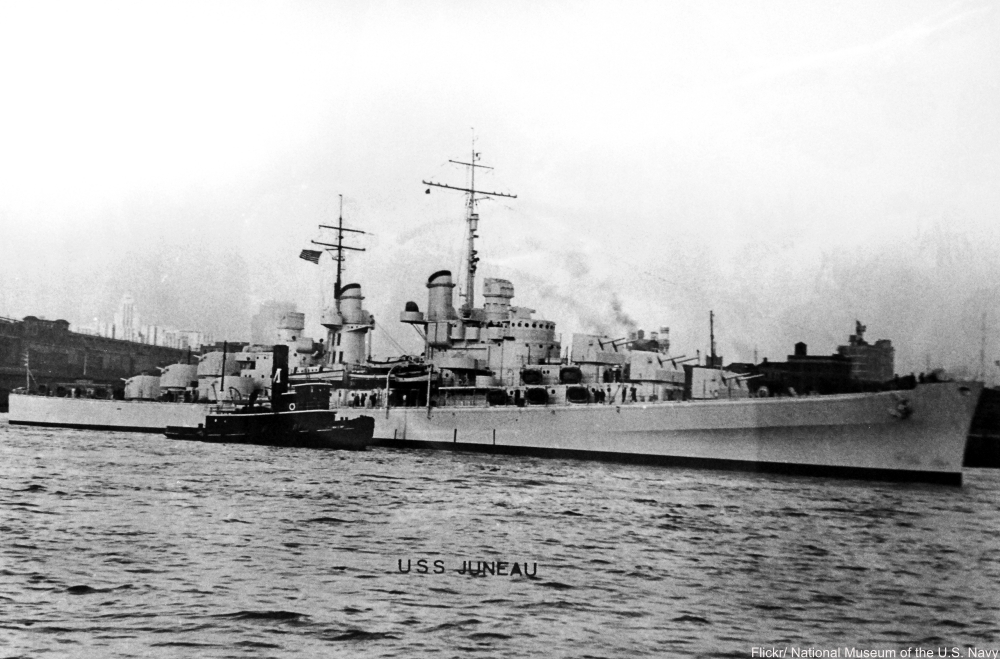 The ship the Sullivan brothers were stationed on when they lost their lives. Via/ Flickr

Their deaths became headline news and images of them were used in recruitment posters and pamphlets, their ultimate sacrifice on display for the whole world. In strange twist of fate there was another set of brothers on board the ship. Two of the Rogers brothers jumped ship after receiving an offer from the Navy to split them up in October of 1942. The two remaining Rogers brothers died on board the USS Juneau.

The film The Fighting Sullivans was made, with a bit of embellishment, to tell their story in 1944. Albert’s widow, Katherine, recalled that she took issue with the actress who played her on screen. Katherine thought she wasn’t pretty enough! 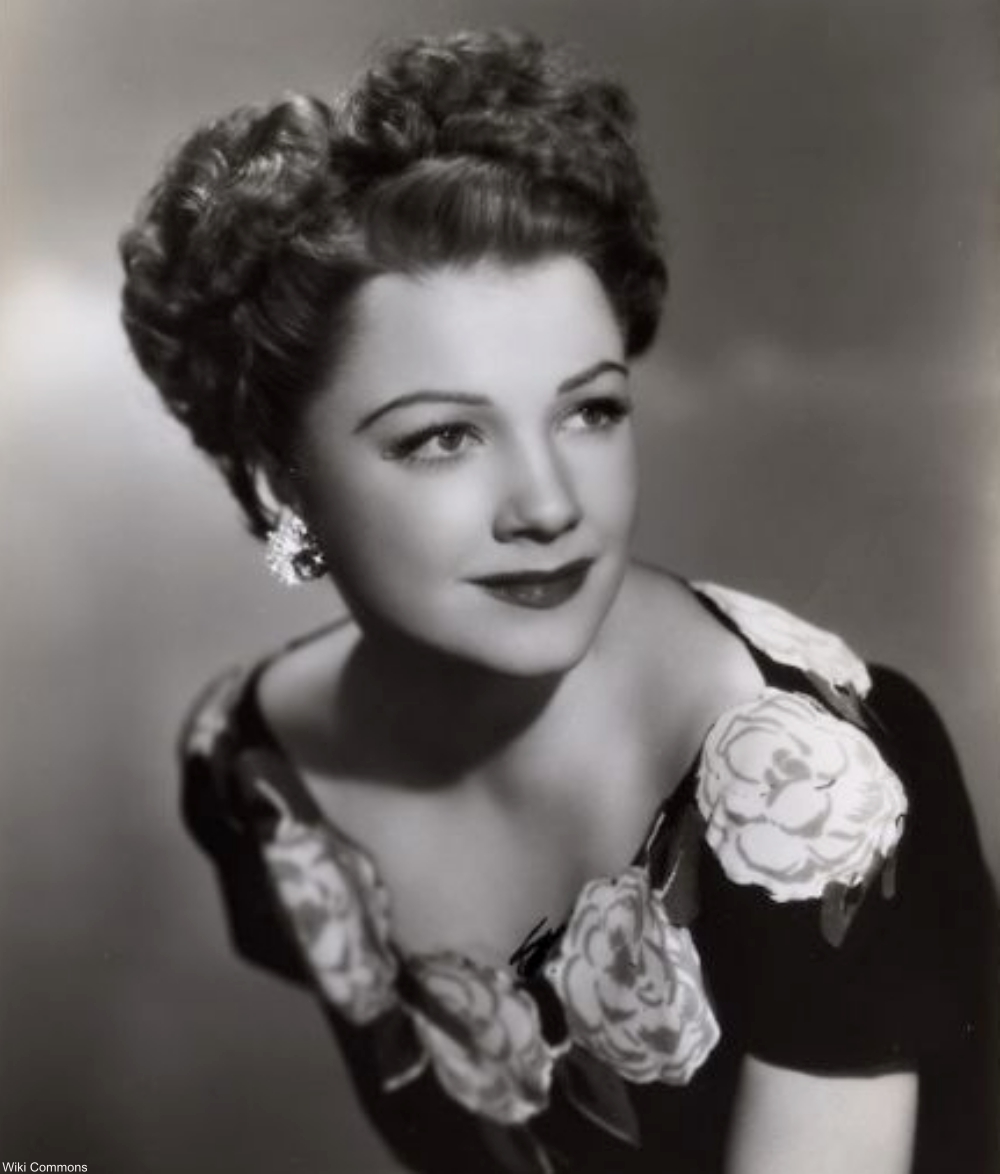 Anne Baxter (above) played the part of Katherine in the 1944 film about the brothers. Via/ Wiki Commons

Throwing caution to the wind, their one surviving sister, Genevieve, joined the WAVES the same month they died and she went on to live a full life, her enlistment becoming a news story in itself due to her bravery. Their other sister had died in 1931. Their father, Thomas, never fully recovered from the shock of losing 5 of his children in one felt swoop and was left with only one surviving grandchild and one daughter by the time World War II was over. 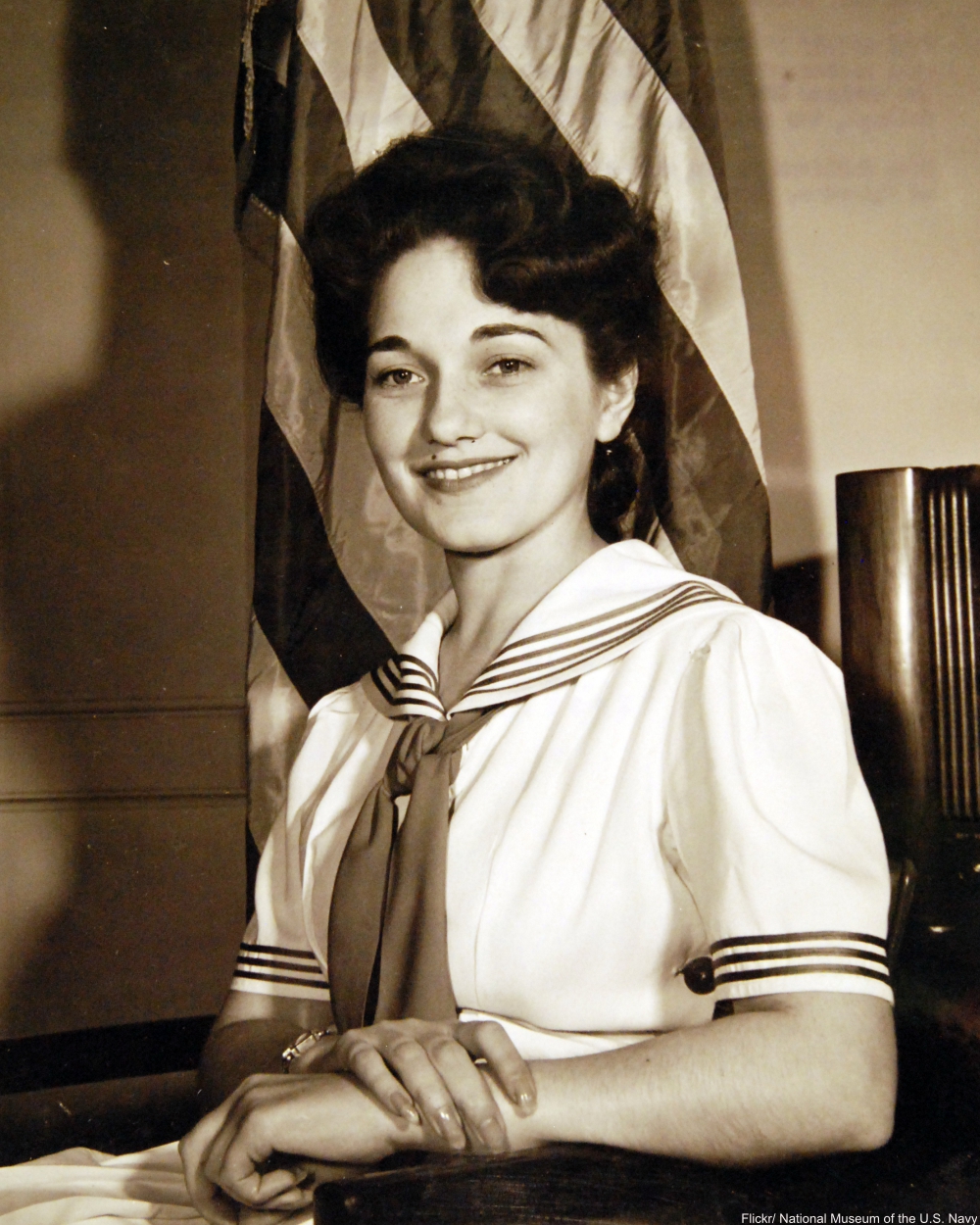 Genevieve Sullivan was in the papers after she enlisted in the WAVES. Via/ Flickr

The brothers have been remembered in many forms over the years. Their legacy includes legislation like the Sole Survivor Policy which seeks to limit a family’s loss during times of war. A Fletcher-class destroyer ship was named in honor of all five brothers, USS The Sullivans. It is the only naval ship to be named after more than one person and the ship’s motto is “We stick together.”