25 Fascinating Photos That Show The Strange Side of History

As we browse through thousands of photos each day, we often come upon unique, strange, or simply extraordinary photos that we’d love to share, but simply don’t fit anywhere else. As such, we wanted to put together a story that grouped together these mysterious, misfit photos! We hope you enjoy them…

1) Testing the Bulletproof Vest, 1923. This photo shows WH Murphy and his assistant, both of the Protective Garment Corporation of New York. The company had been working on perfecting a light-weight vest to be used by police forces across the nation. Here we see the moment the assistant fired two .38 round slugs at Murphy from 10 feet away. According to the Washington City Police that were hosting the demonstration, Murphy didn’t bat an eye! 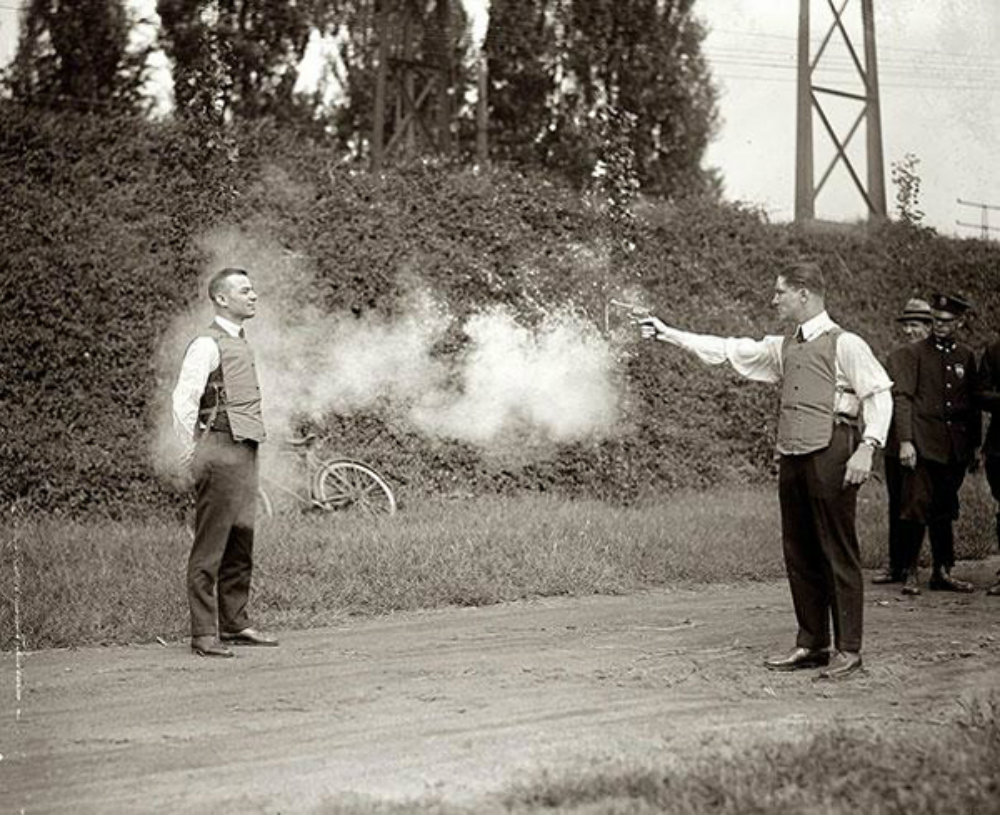 2) The Gas-Resistant Carriage. A woman walks her baby in a gas-resistant carriage in 1938. Fear of the bomb or a gas attack was so prevalent during these times in Europe that many people spared no cost! 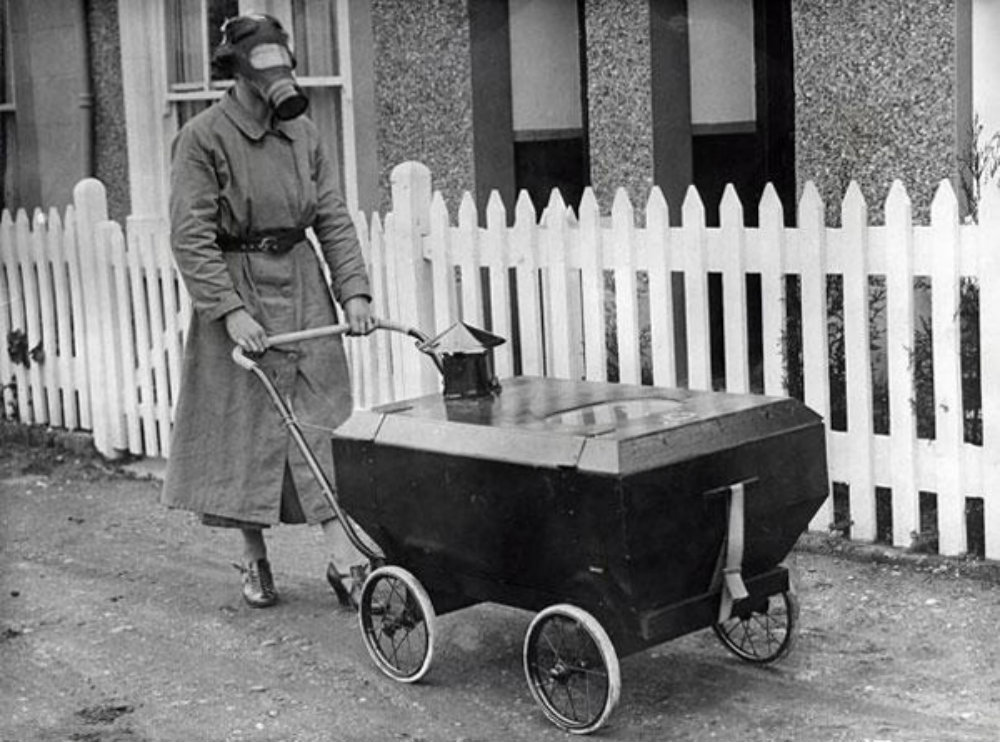 3) The Cane Flask! During Prohibition, people came up with all kinds of tricks and products to get around the regulations and ever-watchful eye of those who enforced them. Here we see a young woman displaying the perfect moment to pour a little out from her handy cane flask! 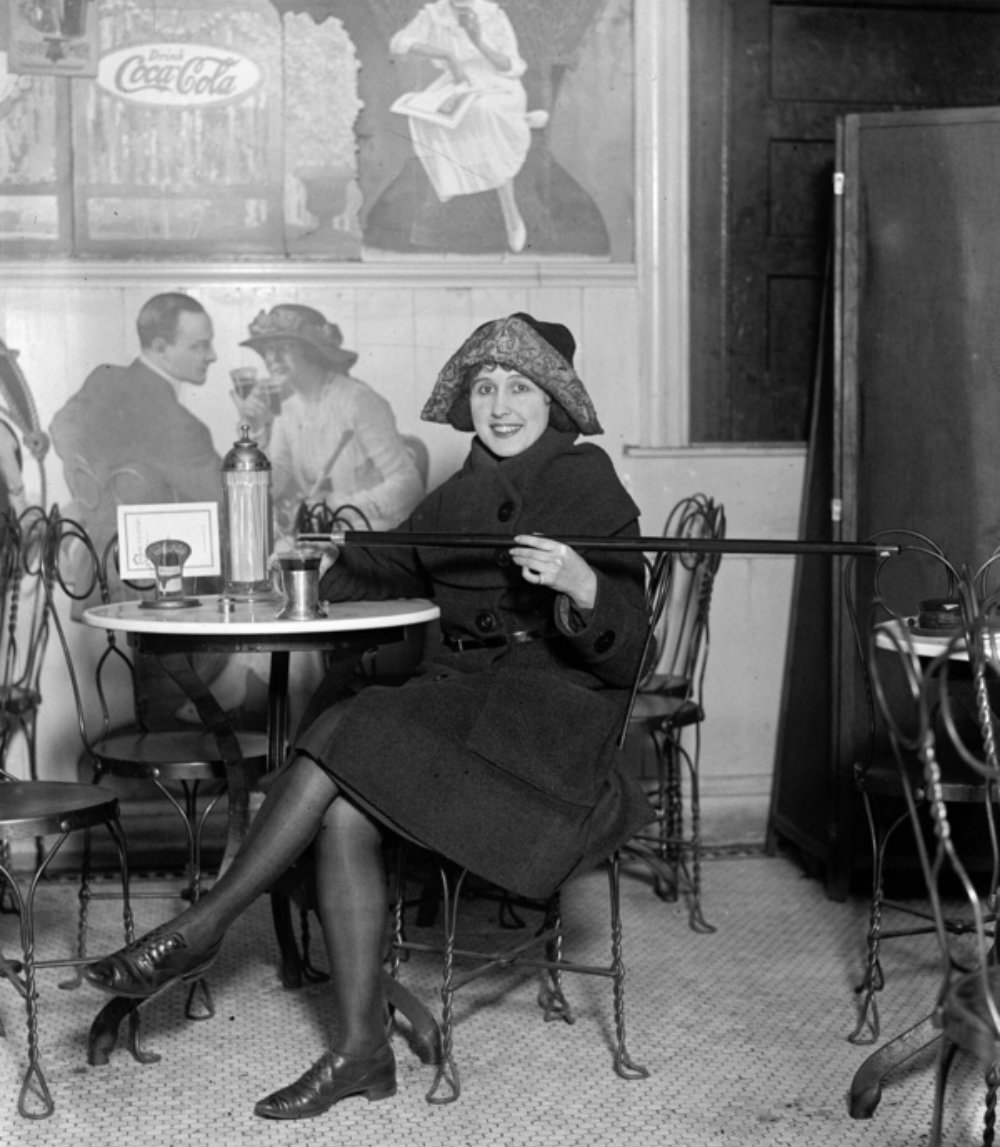 4) The Model T Elevator. This alluring photo has always captured our attention. It is from 1936 Chicago where over-crowding downtown with the influx of SO many cars lead to some really neat and creative ways to manage parking. This was an early incarnation of the very same type of storage elevators you see in big cities today, but it was certainly a new thing back then, and still looks pretty amazing today! 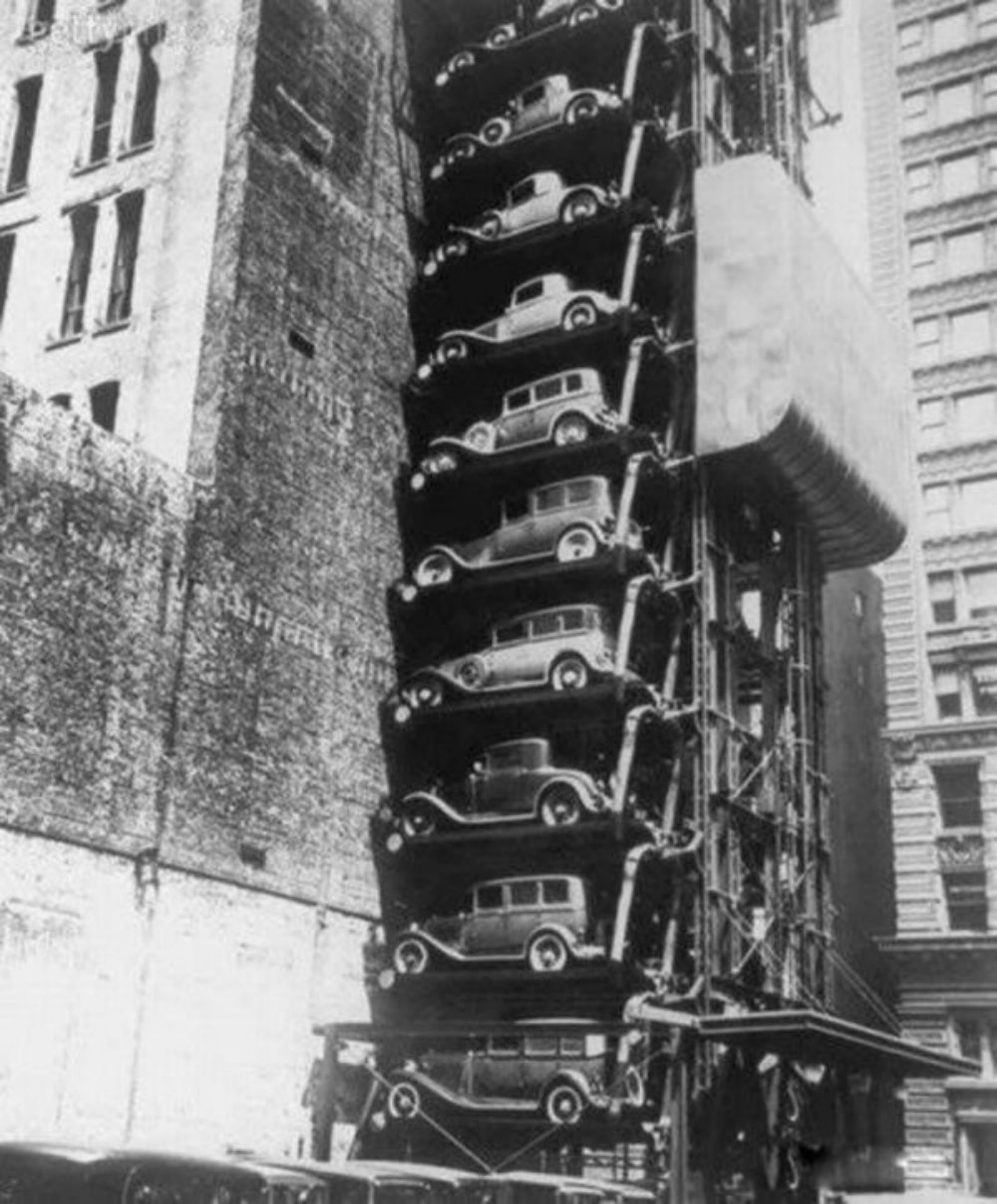 5) Spray Tan Vending Machine. The year was 1949 and vending machines were becoming quite the craze; however, some would argue that people got a little too creative when these portable sun tan machines were rolled out. But hey, when you need a little bronzing before your next appointment, why not?! 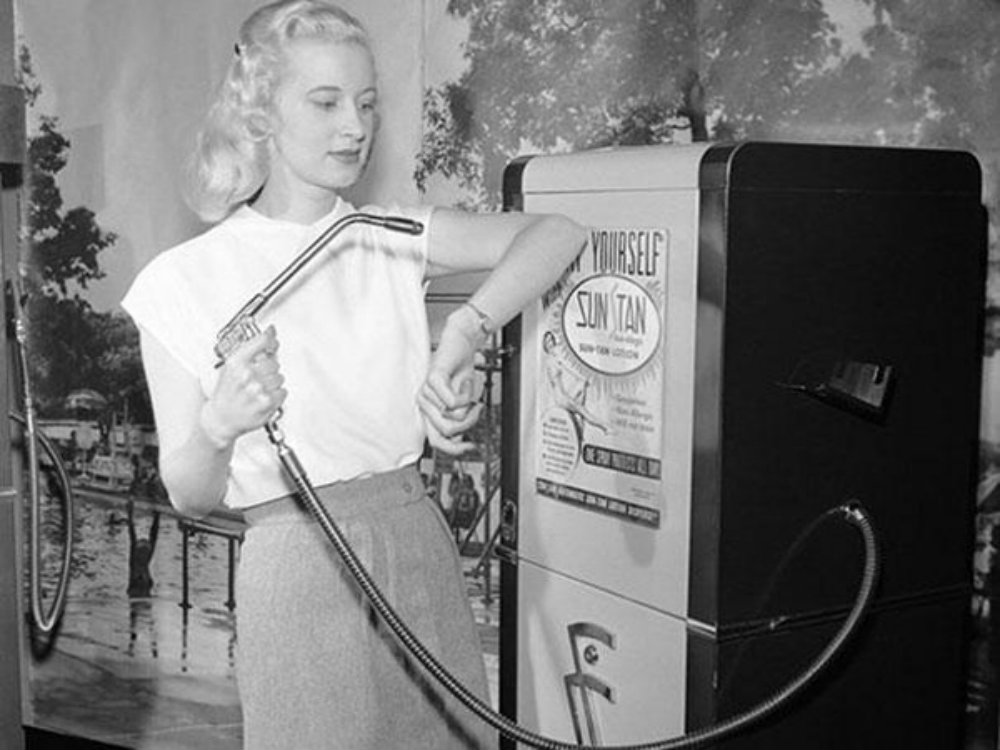 6) The Double-Decker Demo. The UK were pioneers in public transport by really pushing for the double decker busses throughout the city. However, both the public and government officials were wary at first. The tall, narrow vehicles looked as if they’d tip over with the slightest breeze. To counter these worries, the manufacturers put on demonstrations like this one in 1933 that showed that even at extreme angles, the busses were at little risk of tipping! 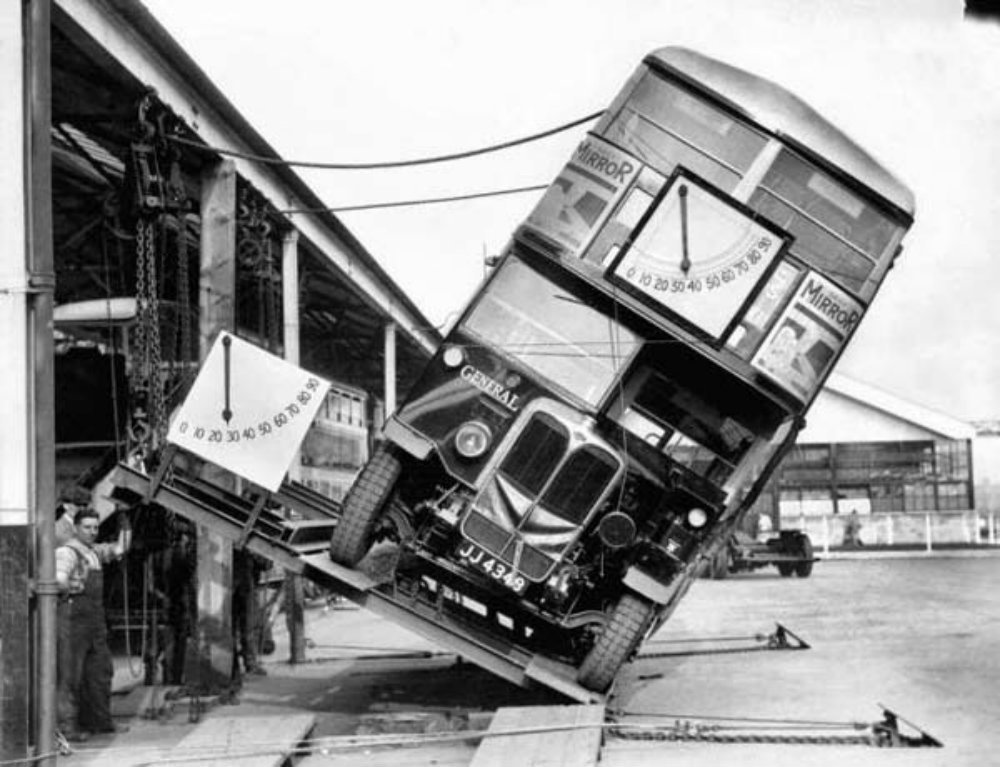 7) Knocker-Upper on the Job. This early 1900s photo captures what was known as a “knocker-upper” doing his morning rounds. Before the age of alarm clocks on our phones, people often had a hard time waking up on time. They thus contracted with men such as these to come give them a quick “knock” on the window each morning! 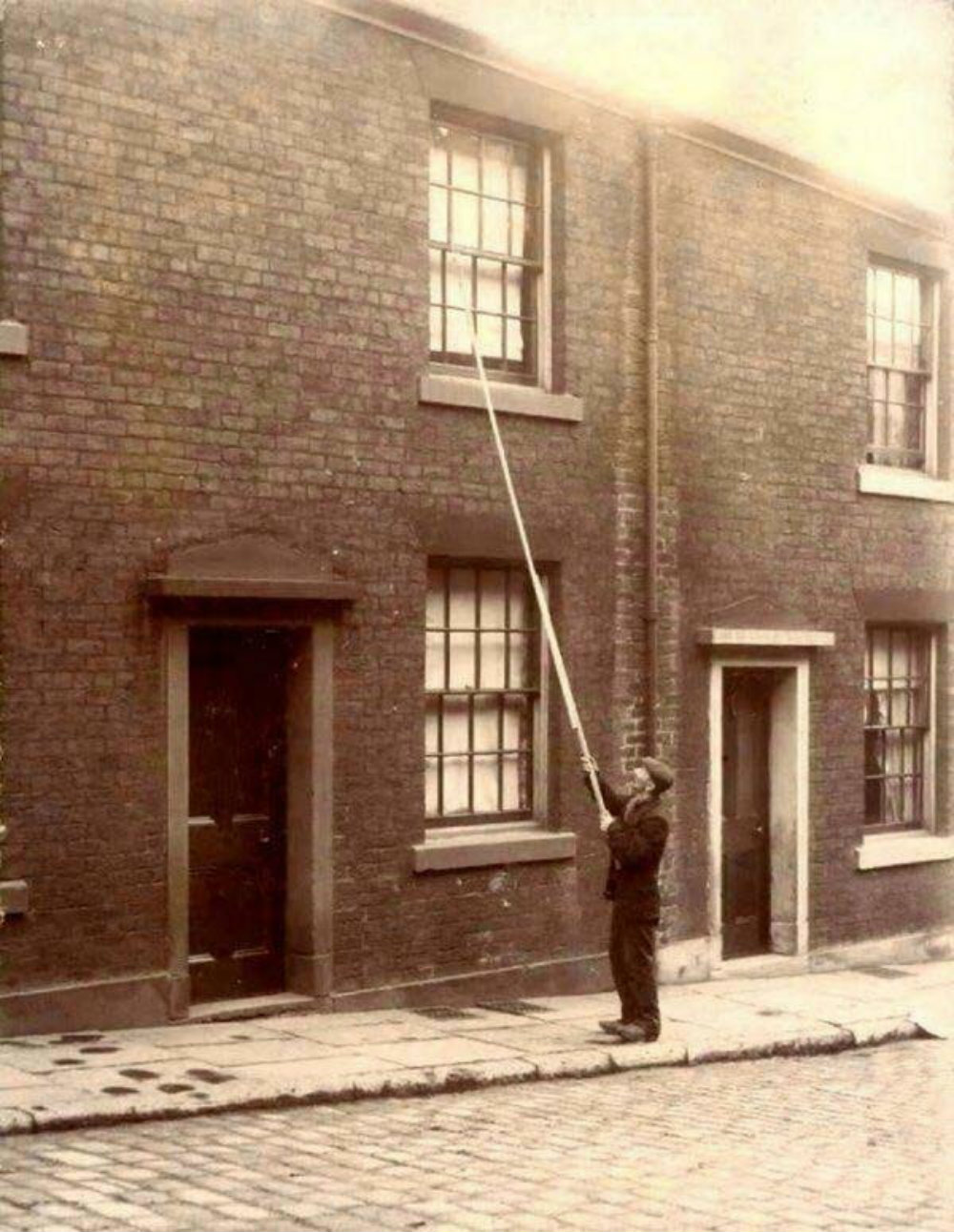 8) The First Selfie. It was 1839 and there was a mad rush to get the first commercial camera to market. Various inventors and businessmen were working on different techniques in the late 1930s, and one of them was this man, Robert Cornelius, who of course had to take the first-ever selfie! 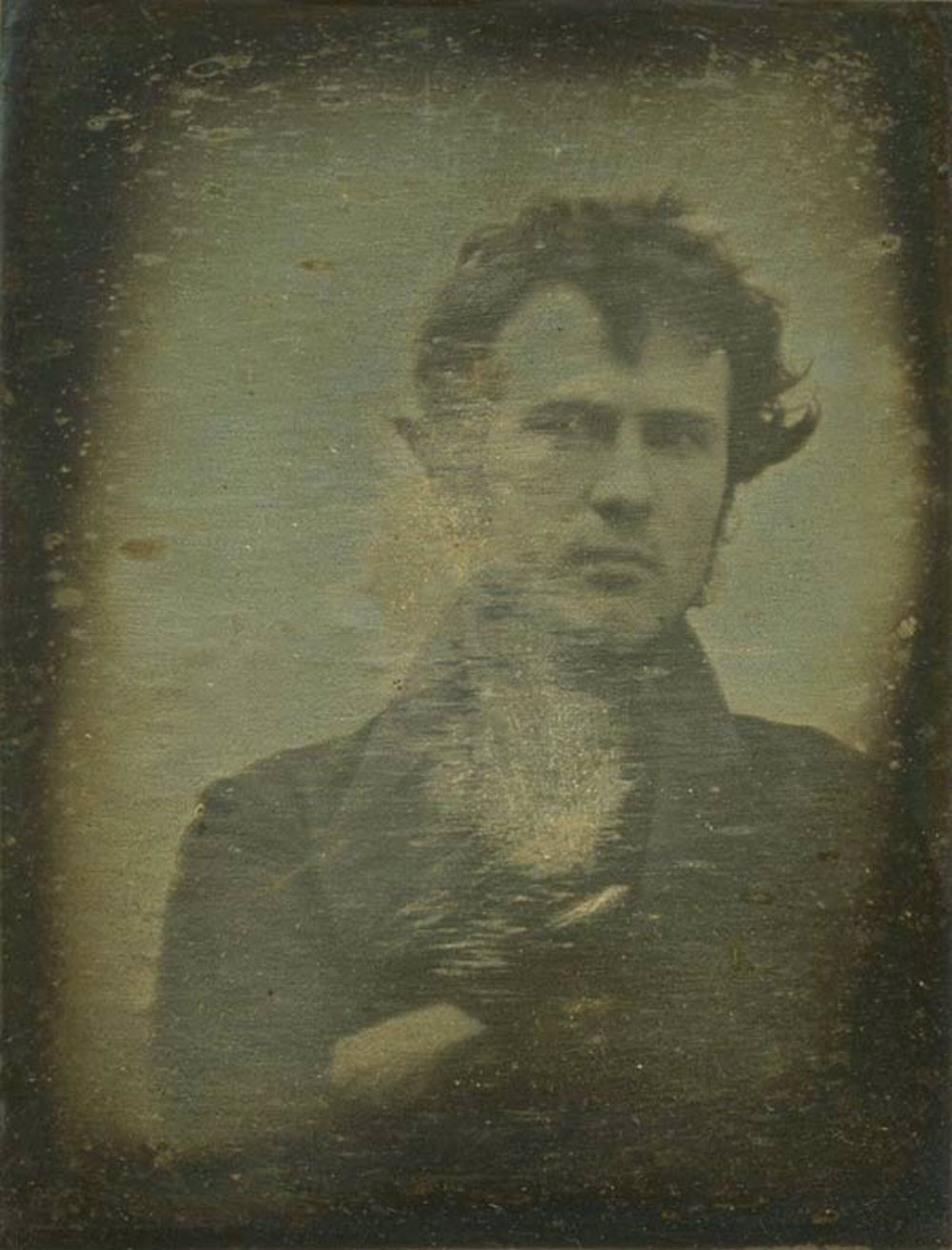 9) Watering the Penguins. This 1930s photo was a promotional shot for a local zoo and shows a zookeeper giving the penguins a nice little afternoon shower. This one always makes us laugh. 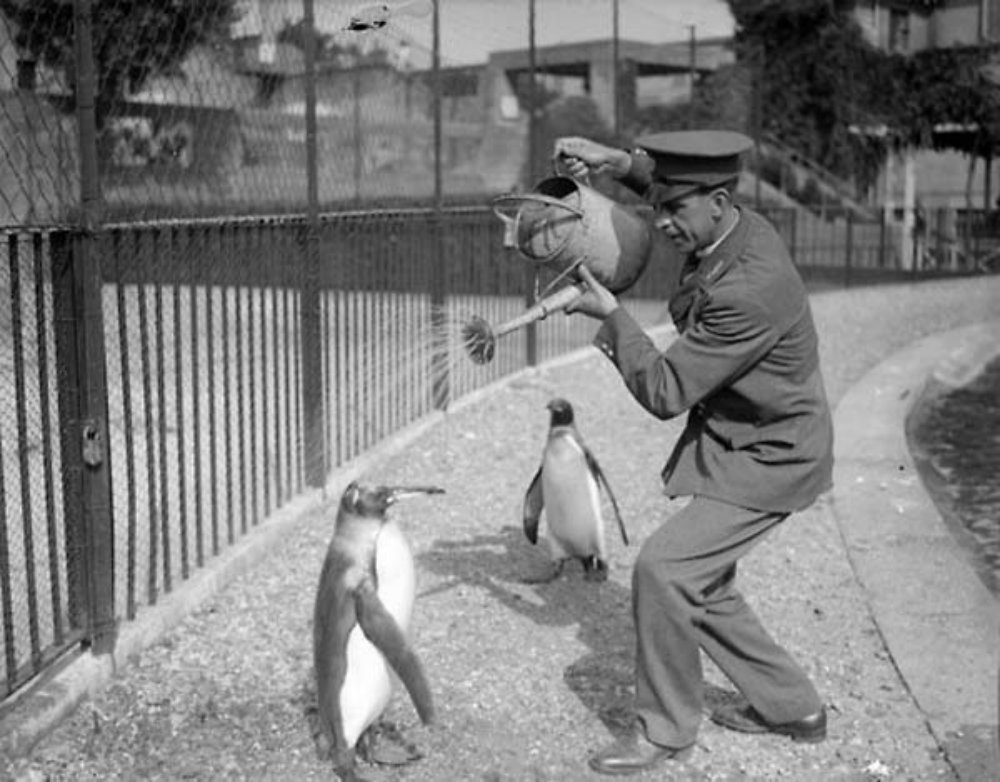 10) Dog Man with Cat. People have long tried to get their pets in creative photos, but this one from 1950 takes the cake. Here we see a nice doggo in his best outfit with his favorite kitty friend on his lap. You have to think this one took quite a few shots to get right. 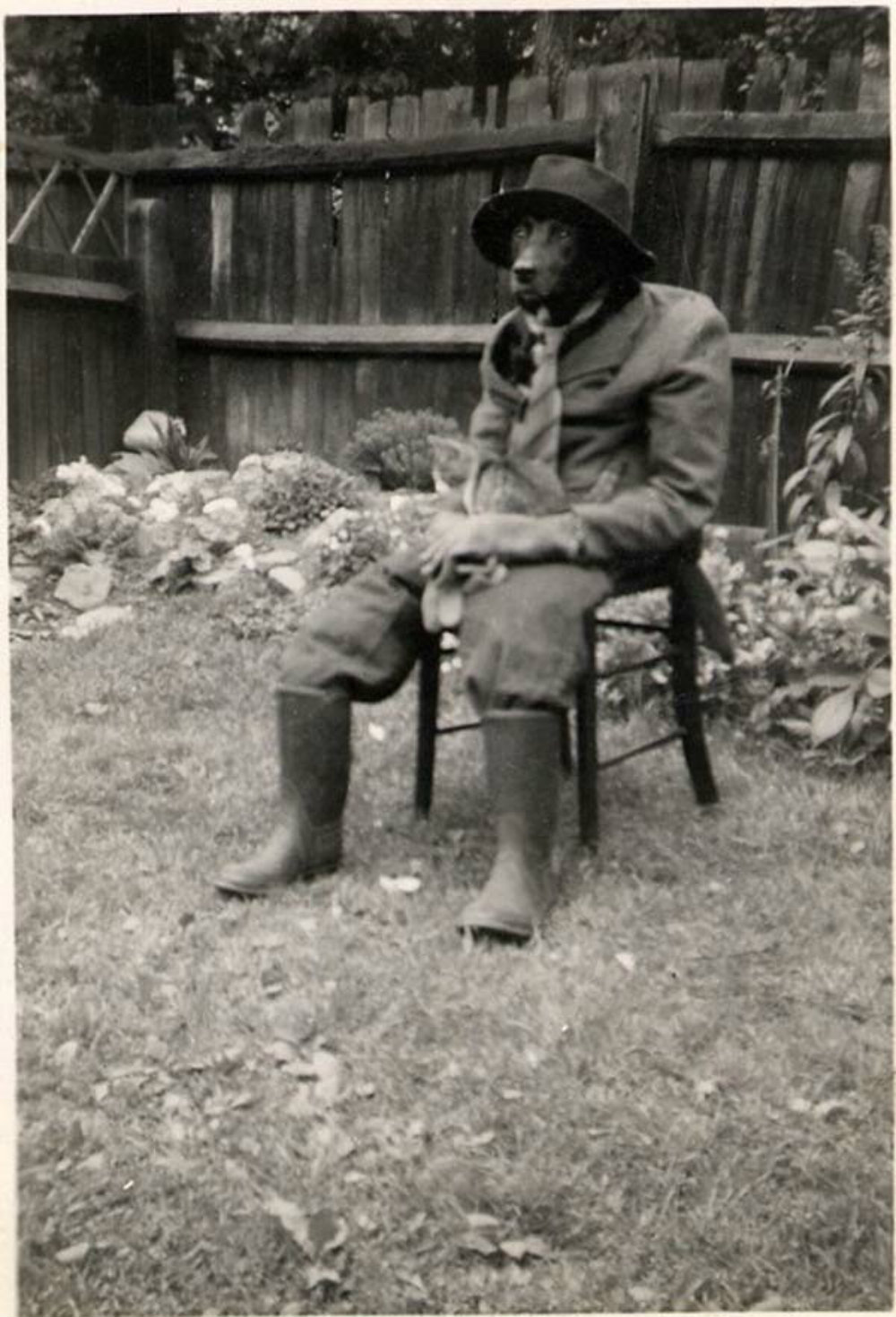