Many children were arrested in the 19th century. Laws on theft were particularly tough considering the value of the goods stolen (say a loaf of bread of a hat to keep warm) would very often have been negligible. Many of these pint-sized suspects were only trying to feed and take care of themselves. When mug shots became more common, these young faces were caught on film. But not every image you see online has the correct backstory behind it and such is the case with one infamous infant mugshot! 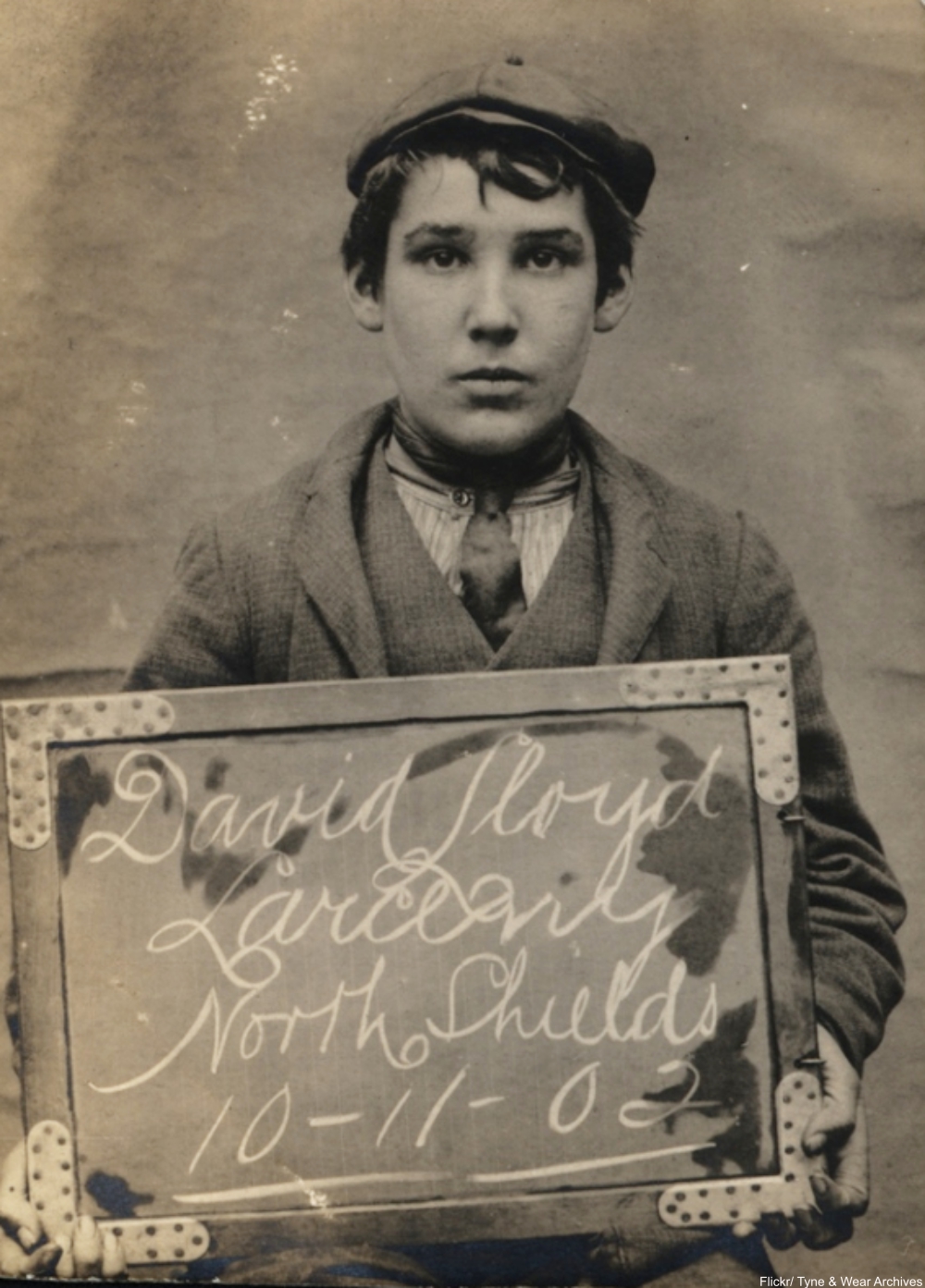 15-year-old David Lloyd arrested in England in 1902 for stealing a “box and brushes” with a friend. Via/ Flickr

Police began using mugshots at the end of the 19th century, largely due to the efforts of a Parisian, Alphonse Bertillon. The young photographer was extremely interested in order and the human body (his father had been a professor of medicine).

Working as a clerk for the Paris Police Department, Bertillon pioneered the art of forensics photography and his crime scene photographs have an eerily beautiful quality to them when you consider what they portray. Bertillon also invented the modern mugshot, and his method was later used around the world to capture the defining features of each suspect. 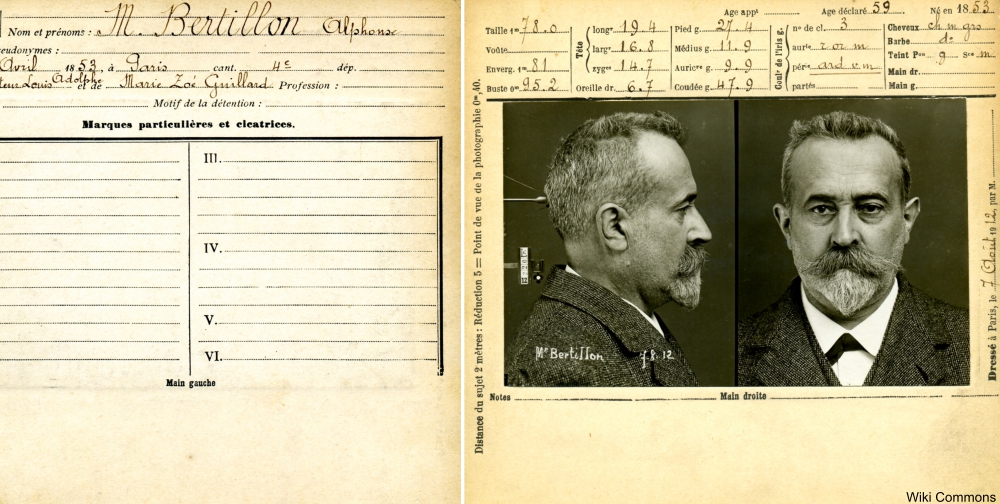 Bertillon’s own mugshot, 1912. Via/ Wiki Commons

Bertillon was known for being an organizer of things and thus he wanted new ways to catalog suspects’ physical appearance for future research. Bertillon carefully measured and studied the features of each person, as well as photographing them. 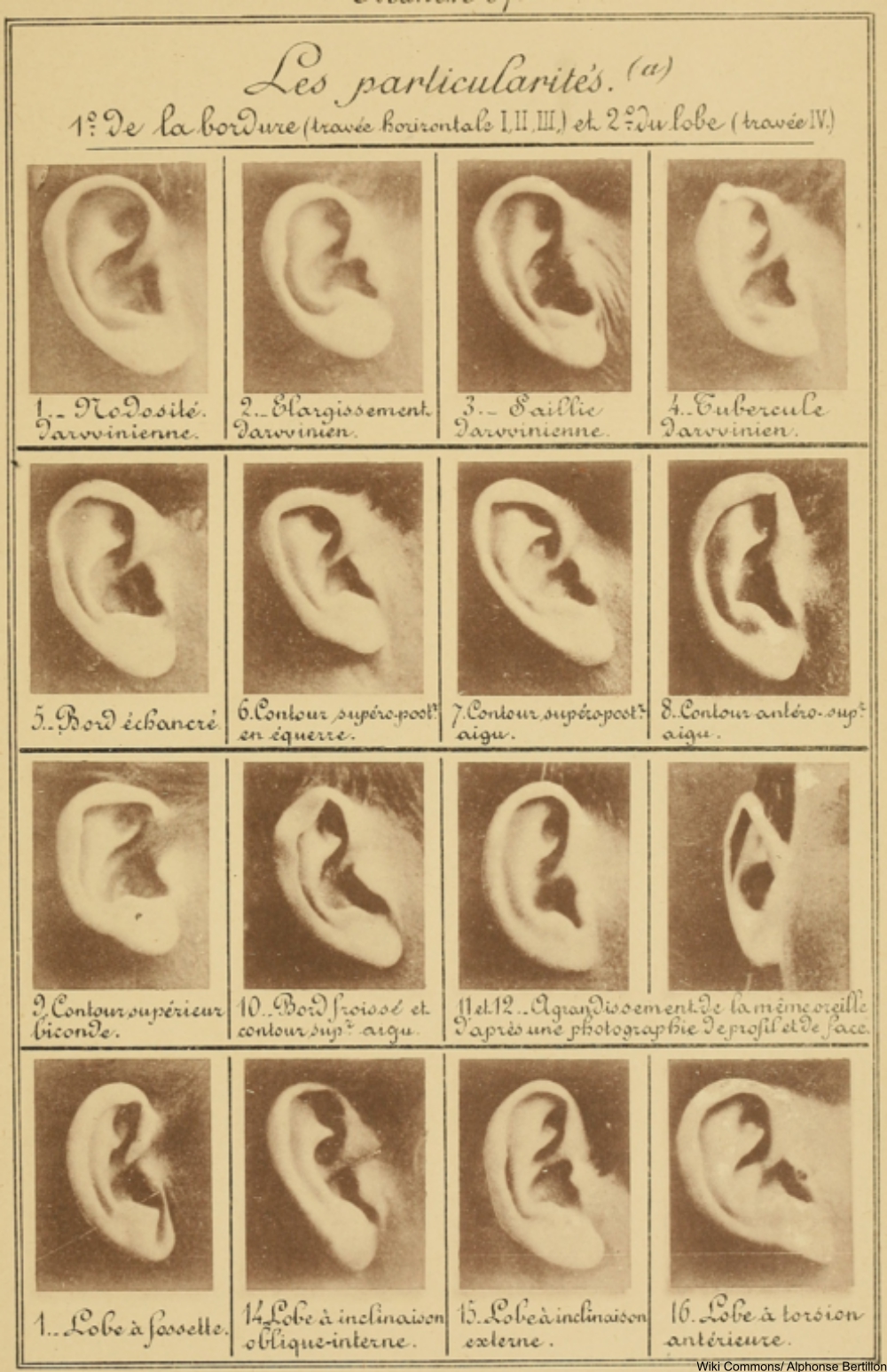 Bertillon catalogued things like ear shapes, previously thought to be of little consequence in identifying criminals. Via/ Wiki Commons

While working out just exactly how to get the perfect angles for these new tools of criminal investigation, he used his son, Francois, as a model for his experimental mugshot photography on at least 3 different occasions.

In modern times the resulting images, have in been used to show “proof” that children of all ages were susceptible to crime and punishment, with many sites listing this child as a fruit thief or pear nibbler. Even the MoMA’s caption of this image is misleading! But, the fact that child’s last name is shared with one of the foremost forensics photographers of the era should be a read flag to even the greenest history buffs out there!

Eventually, many of the police departments that initially adopted bertillonage (as it was sometimes known) dropped the time-consuming method of measuring body parts. Aspects of his method remain in many police departments in the form of mug shots and the record-keeping of unusual marks or scars. After a case of mistaken identity in Kansas in 1903 (the two men in question shown below), fingerprinting was widely adopted as the gold standard for identifying individuals. 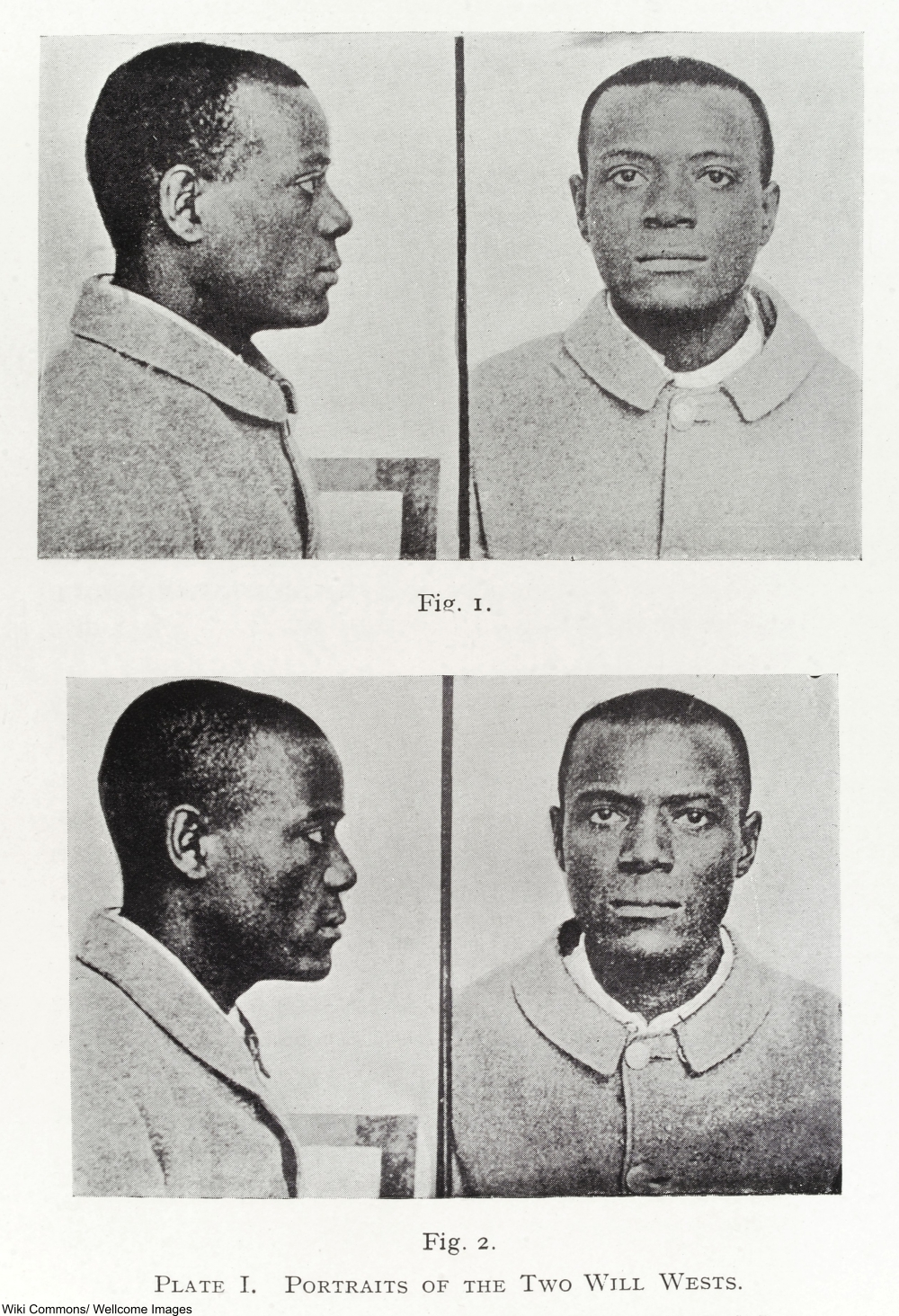 The two Will Wests, same name and same looks, but the two were distinguishable by their fingerprints. Via/ Wiki Commons

While countless children were arrested and served time in delinquent homes or worse, the small fair-headed child in the photos was not one of them. Rest assured, though, that we’ve never heard of a child this young being arrested in Paris, not even in the 19th century!

Click “Next Page” to see what a Victorian spy cam captured back in the 1800s!