In 1982, many people were just getting into newfangled cassette tapes and most were still using their record players and 8-tracks to listen to music everyday. But, at the time there was another frontrunner on the market: the compact disc. This new mode of music promised to deliver unheard of clarity and to make every other medium completely obsolete. This guide to CDs from the Australian TV show, Towards 2000, in 1982 is a real hoot to watch. They really thought it was the final step in audio technology! 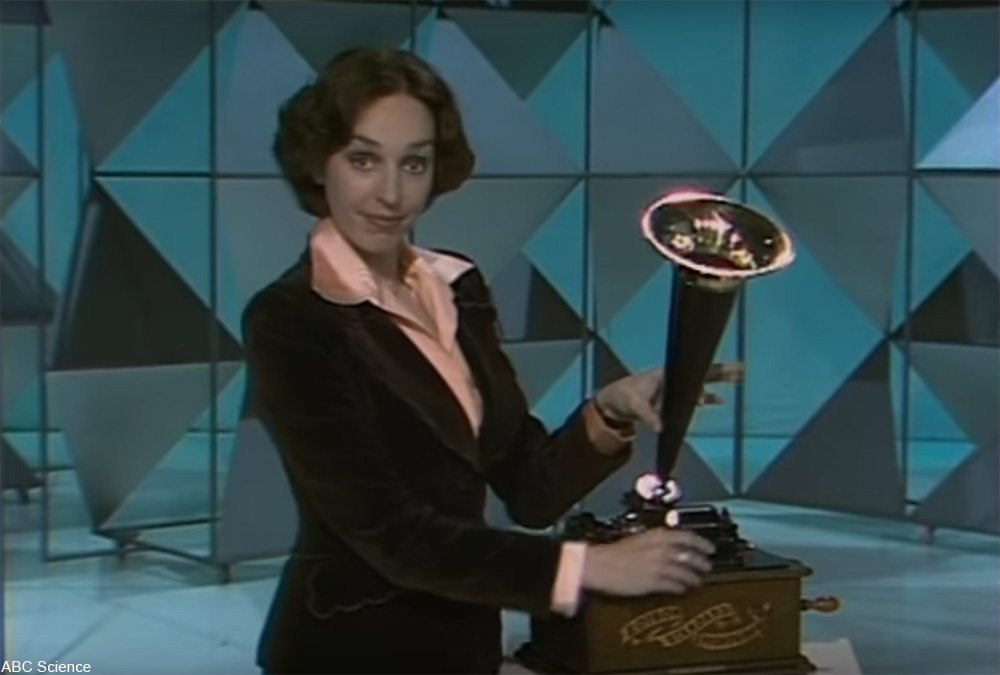 The segment starts with a fascinating history of grooved recordings, from the wax cylinder to the vinyl we know and love. All these were marvelous in their heydays, but seemed positively old fashioned when compared to such an efficient mode as the CD. 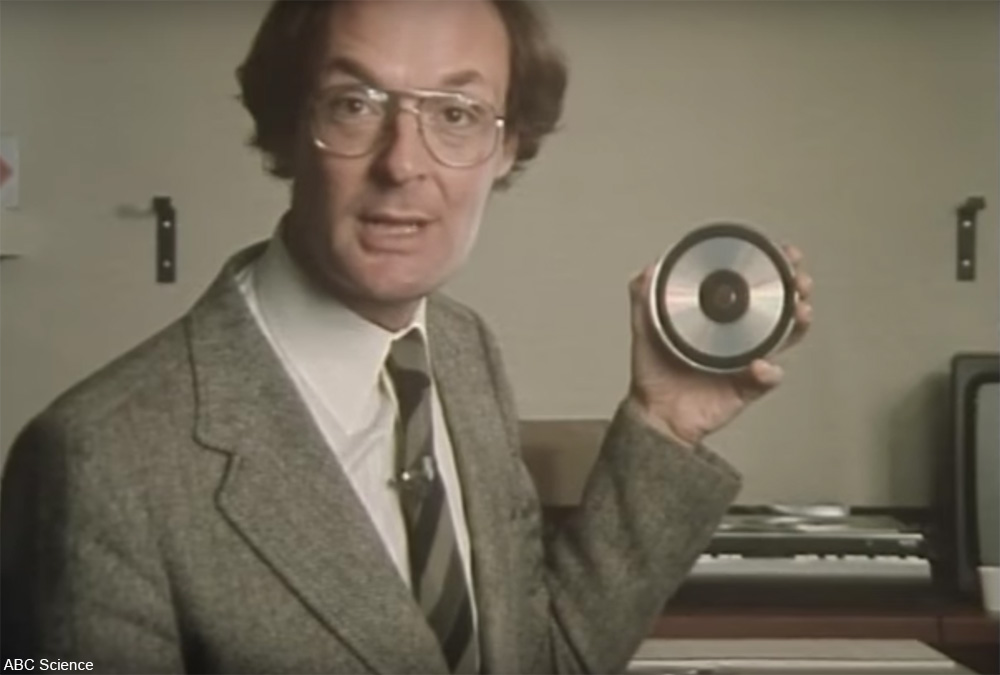 We get an insight insight into just how much stock was put into CDs with one of the hosts blindingly-positive statements on the matter. On the other hand, the detailed diagrams show just how amazing the technology is. It takes two lasers to read a CD! 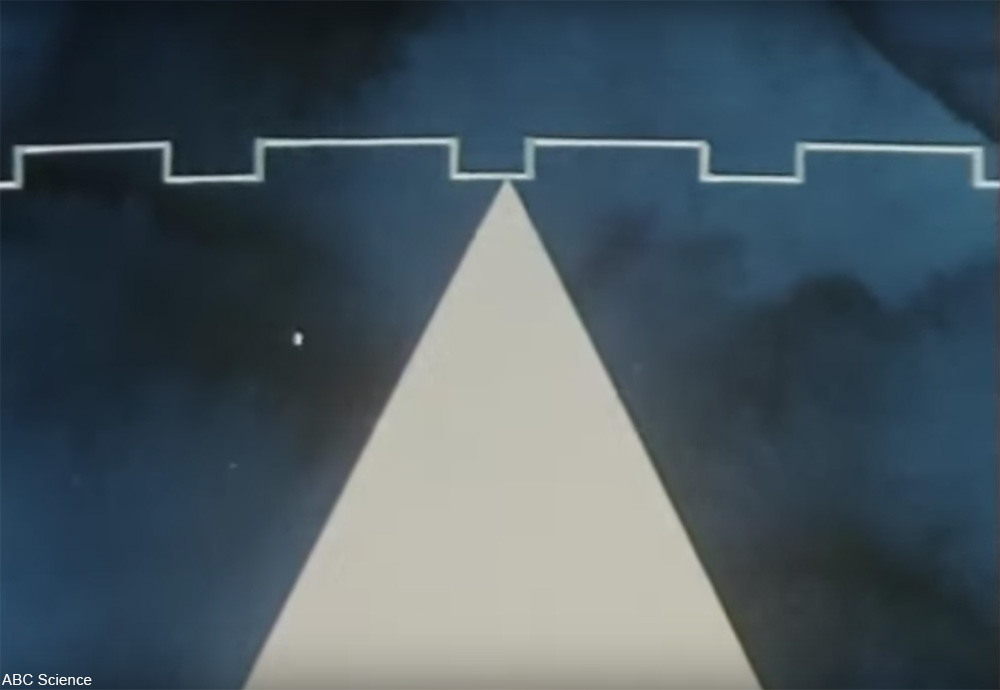 The wonder of CDs did captivate the public for many years, but today for the first time in 34 years vinyl record sales have outstripped CD sales, though MP3s outsell both. Still, it’s fun to see how revolutionary people in 1982 thought CDs were going to be. The expected cost was $600-$800, however many were priced much higher than that upon release.

One thing they got wrong was that CDs would be dust-proof, scratch-proof, and fingerprint-proof. The thought is so laughable, as scratched and/or dusty CDs were the bane of every music lover’s existence in the 1990s. However, the funniest part is when one of the hosts shakes a CD player which is playing a CD as if that were a normal and safe thing to do. We now know that that was a surefire way to get your disk to stop working. 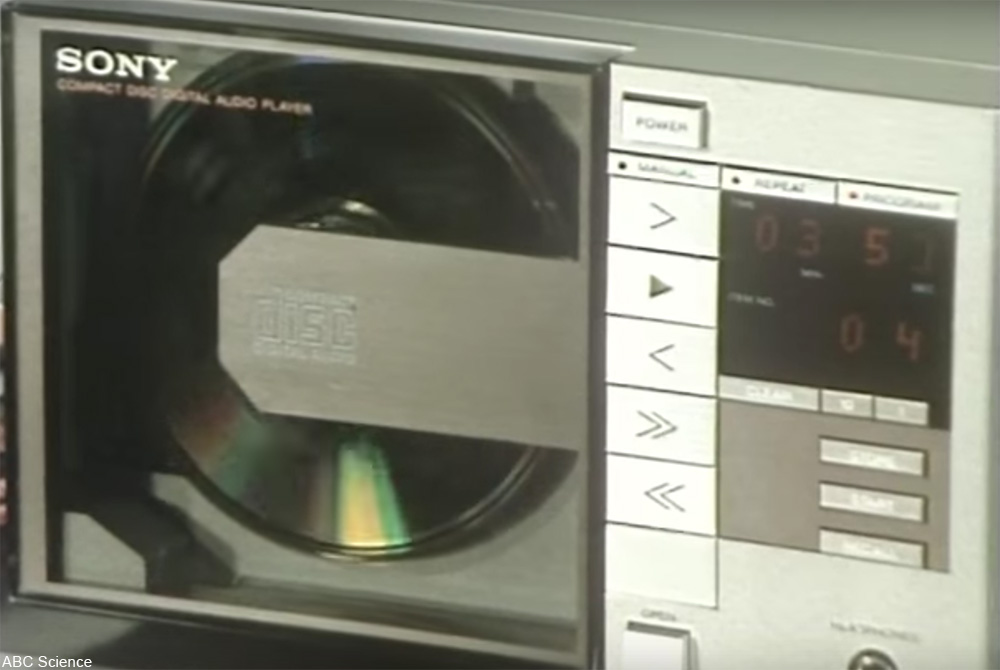 Have a look at the introduction of CDs from 1982 in the video below.