There are a lot things that were once presumed to be good for us that we now know can cause serious harm. Take smoking cigarettes and frying everything in bacon grease as two examples of things most people today try to avoid since they can cause cancer and heart problems. Sunbathing unprotected was added to this list long ago. It used to be widely believed that getting a tan was healthy, but of course the high levels of skin cancer show that getting tanned is a risky business with unknown results. 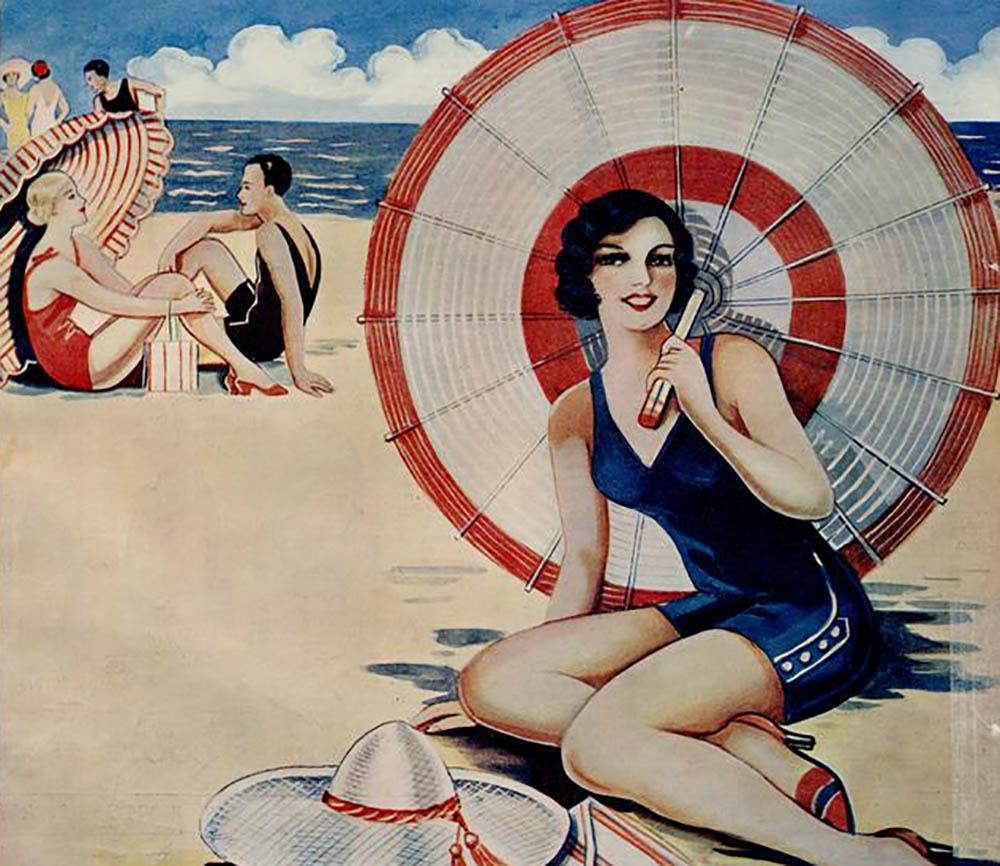 In the centuries that preceded the modern era, being tan meant that you had worked outside doing some sort of manual labor. And, because of this tanned skin was looked down upon for hundreds of years- especially for women. But, that all changed in the 1920s and 1930s when trips to the beach, the Riviera, or even to a pool, signaled one’s wealth and cosmopolitan lifestyle. Coco Chanel was said to have popularized the tan after catching too much sun one time.

Along with daring 1930s swimsuits, beach pajamas, and ladies swimming came sunbathing and getting what was at the time considered a “healthy” tan. 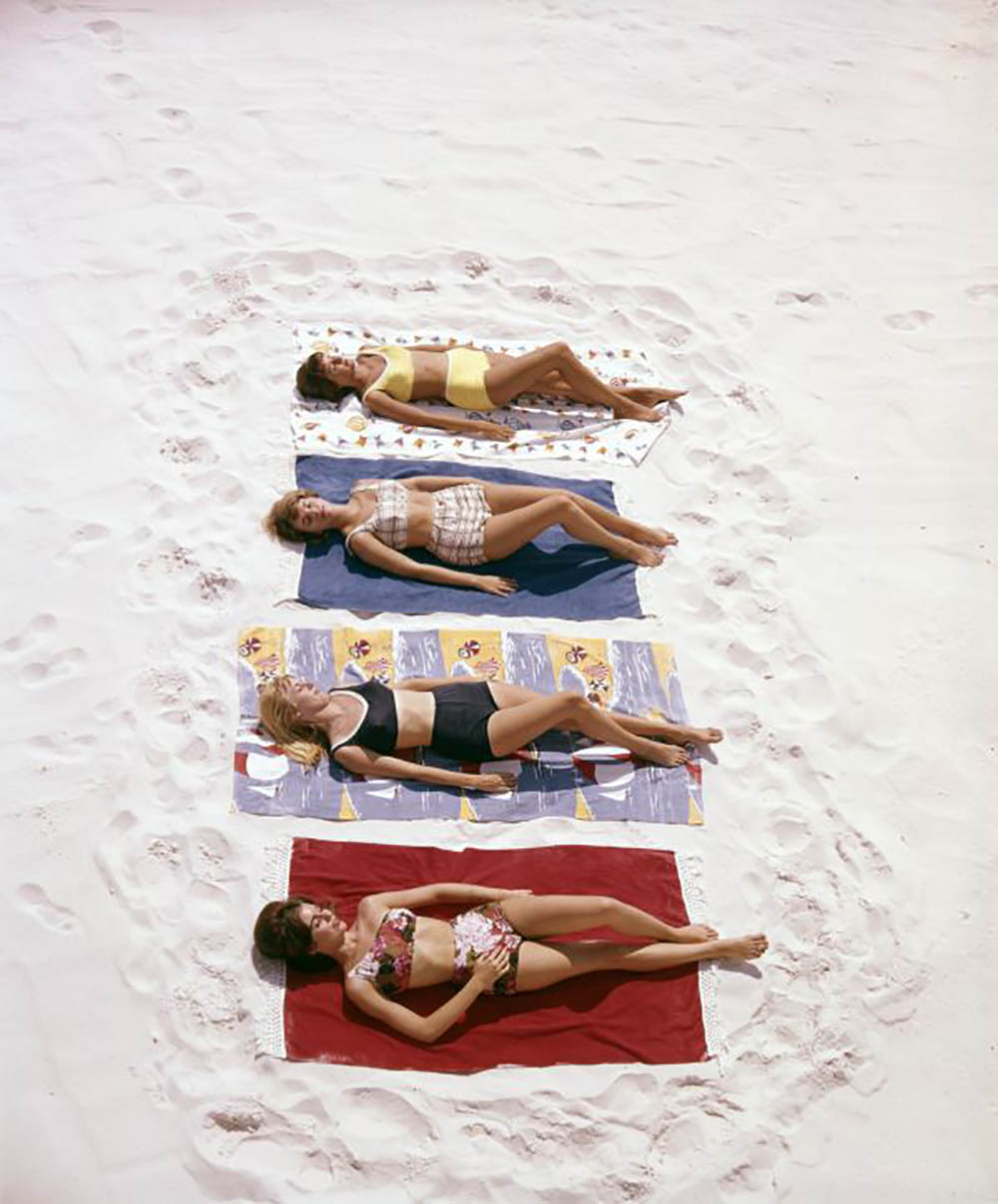 In the 1960s “laying out” was quite popular and many women in particular took to spending as much time in the sun as possible. The newly-popularized two-piece bikini made this trend all the more enticing as much more of one’s body could become tanned this way. For some women, sun tattoos were one step further to showing just how cool it was to tan at the time. 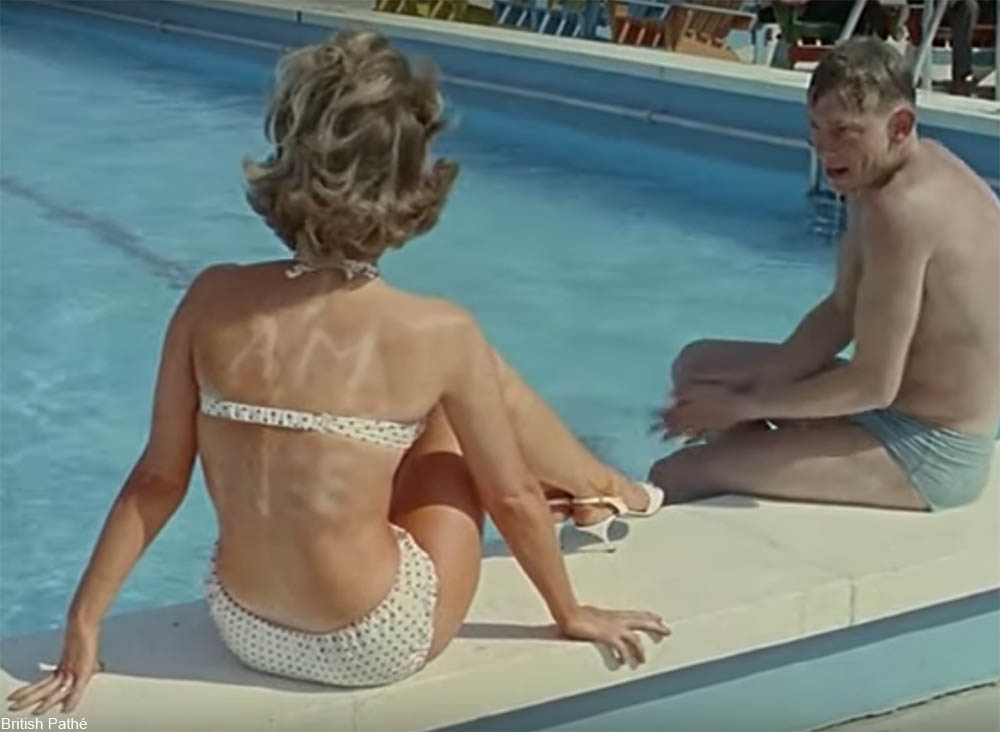 Messages about who one was dating were apparently popular in England, but in the 1970s stickers made for just this purpose were incredibly popular in the U.S. and many other spots around the globe.

See what some of the messages that girls were sending with their sun tattoos in the video below.