In the old days, parenting was quite a bit different than it is now. Everything from delivery to discipline to feeding seems to have changed dramatically over the past few decades. The invention of baby formula revolutionized the way babies were fed and provided much-needed nutrition for babies that didn’t have access to breastmilk for whatever reason. New mothers would be sent home from the hospital with recipes for homemade formula using ingredients most parents today would not approve of. 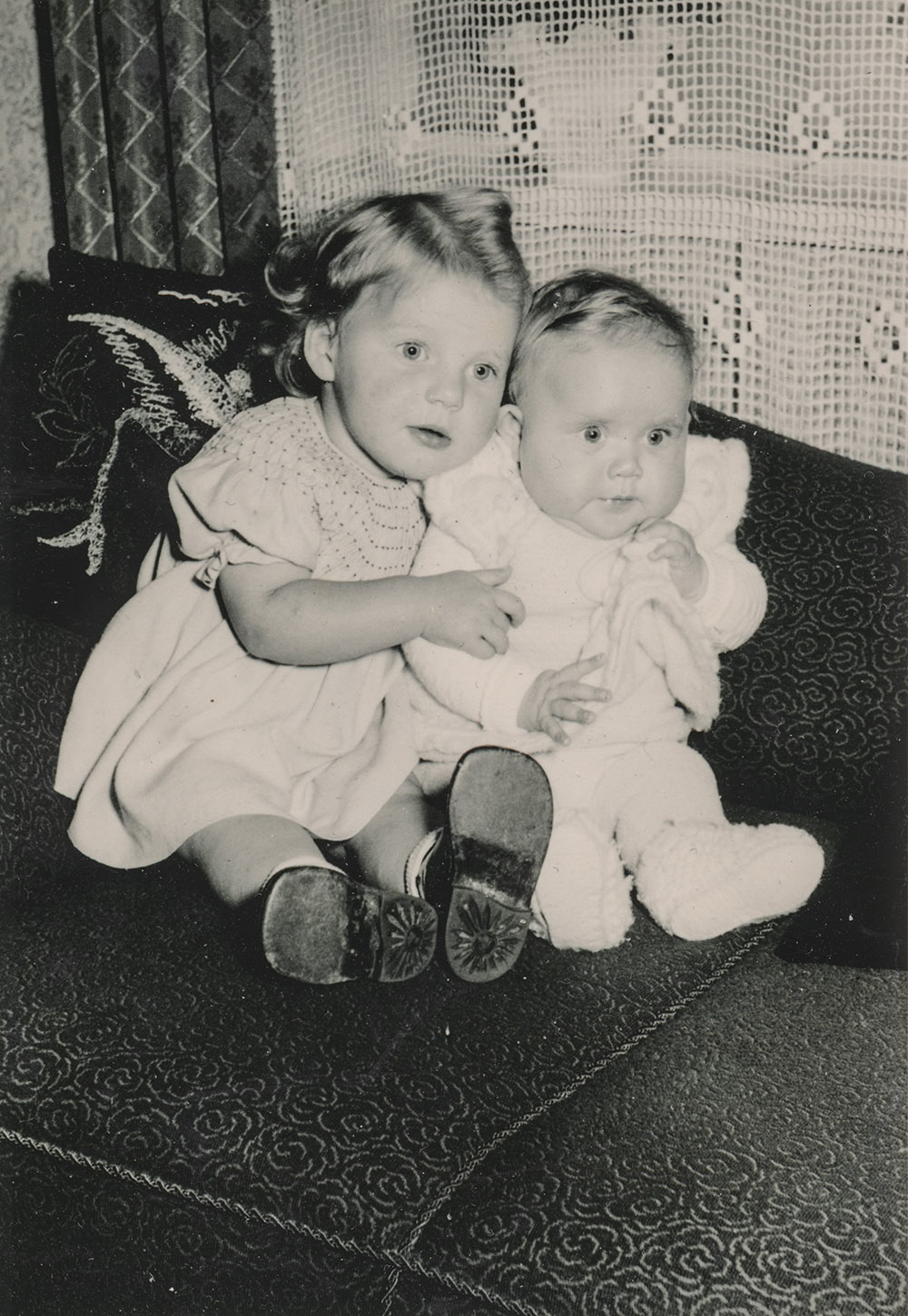 The Evolution of Formula

In the days before the Industrial Revolution, it was not a given that children would make it to adulthood. Many were lost in their first few years to every kind of illness and accident- which is one reason why there are so many strict guidelines around caring for children today.

For babies whose mothers died in childbirth, early formulas were given when a wet nurse was unavailable- to help the babies survive until they could eat solid food.

The first formulas for babies were invented in the 1800s and were often made with forms of sugars, grains, and either cow’s milk or the newly-invented canned evaporated milk. These early formulas were considered “perfect foods” at the time, presumed to be nutritionally complete despite scant scientific evidence supporting them. 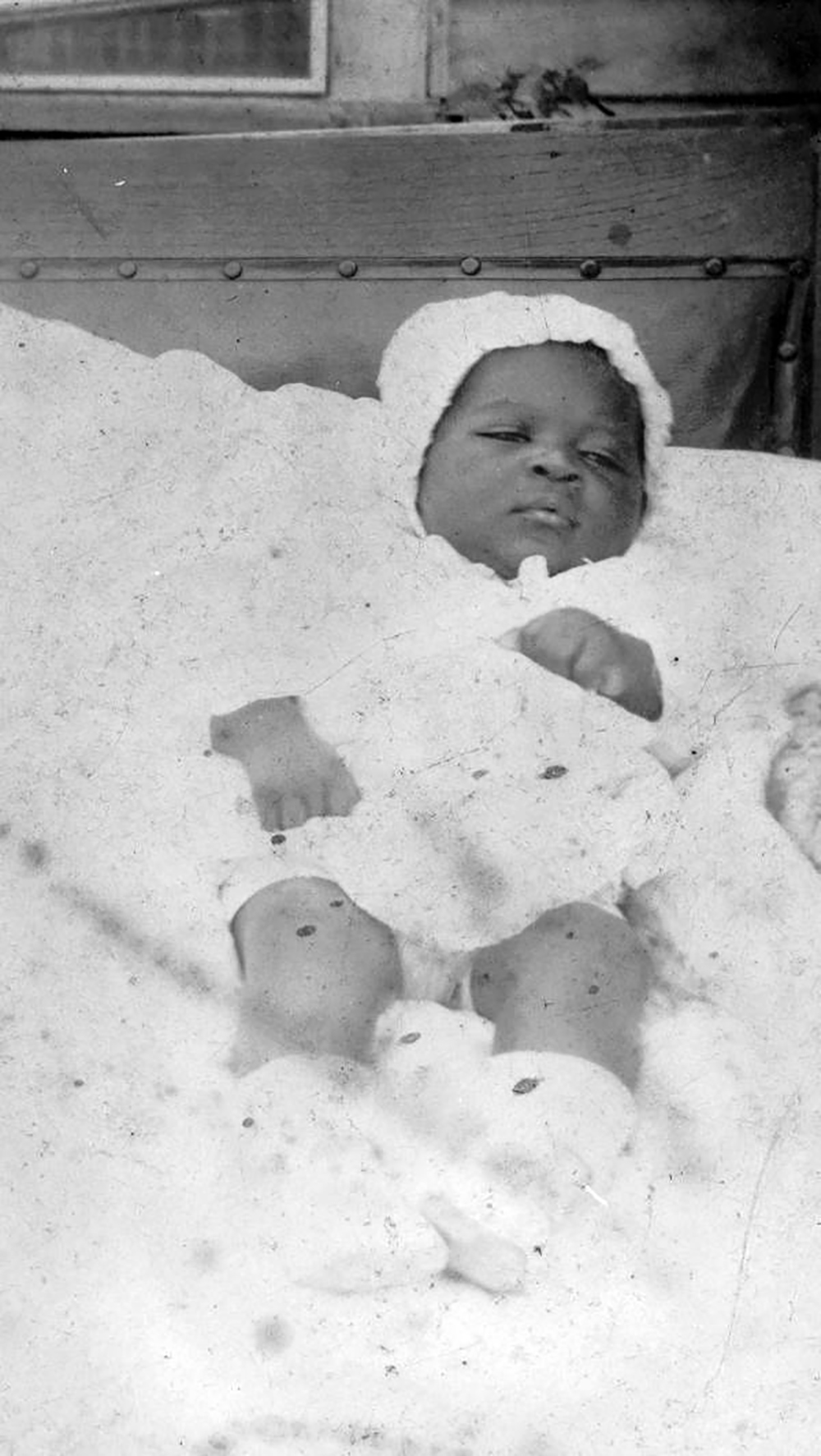 However, use of early formulas was dangerous since sterilization of baby bottles and nipples was not yet commonplace. Germ theory was not widely accepted until well into the 20th century, at which point bottle feeding became less dangerous.

The increase of women working outside the home in the late 1800s also meant that their milk supply was reduced since they fed their babies on a schedule instead of naturally. This led doctors to believe that milk production was becoming evolutionarily unnecessary and that perhaps the education of girls was hindering their physical development.

Breastfeeding eventually came to be seen as something only uneducated women did and by the middle of the 20th century many healthcare professionals pushed formula as the natural alternative, especially after the long separation of mother and baby in hospital.

The so-called Twilight Sleep births, which heavily drugged the mother for days on end, left mother and baby apart for sometimes a week or more. Many of these mothers were encouraged to use formula.

It wasn’t until the late 1950s that groups like the La Leche League and others sought to promote breastfeeding as the default, and to only use formula when there was no other alternative.

Beginning in the 1930s and 1940s more nutritionally dense kinds of powdered formula were sold which were supplemented with nutrients, and they were seen as being safe if used with sterilized equipment and water. Many hospitals and doctors at the time would also write out instructions for making baby formula at home- and those recipes include things we’d never give newborns today.

Regardless of which types of feeding a family chooses for a new baby, most people today would never ever give their infants evaporated milk or Karo syrup. Yet these kinds of recipes are precisely what many mothers were sent home with. Below is one from 1960. 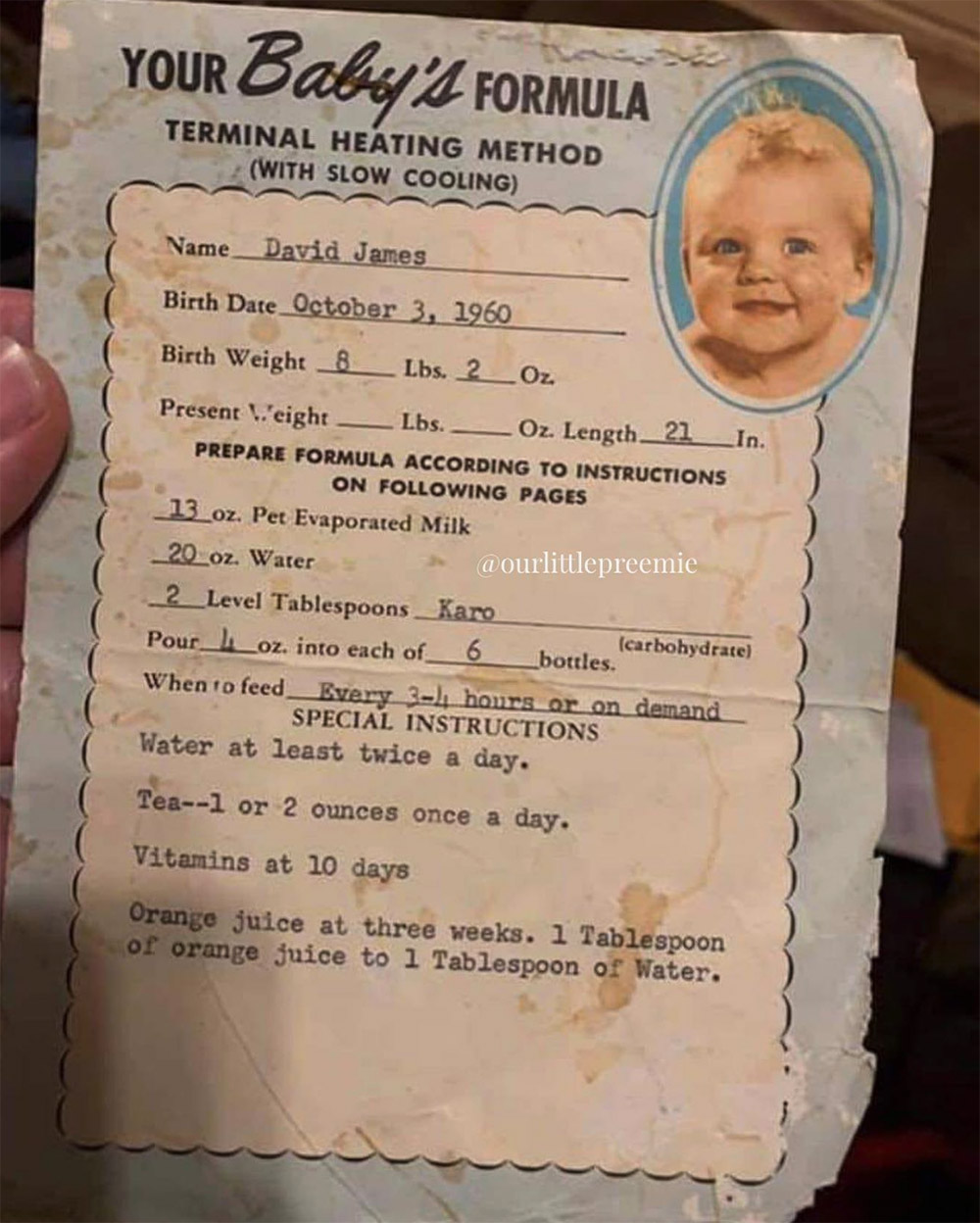 The recipe calls for 13 ounces of evaporated milk, 20 ounces of water, and 2 level teaspoons of Karo syrup to be heated together and divided into 6 bottles. The “special instructions” also say to give the baby water twice a day, to give 2 ounces of tea per day, to give vitamins starting at 10 days old, and to give orange juice diluted with water after only 3 weeks! 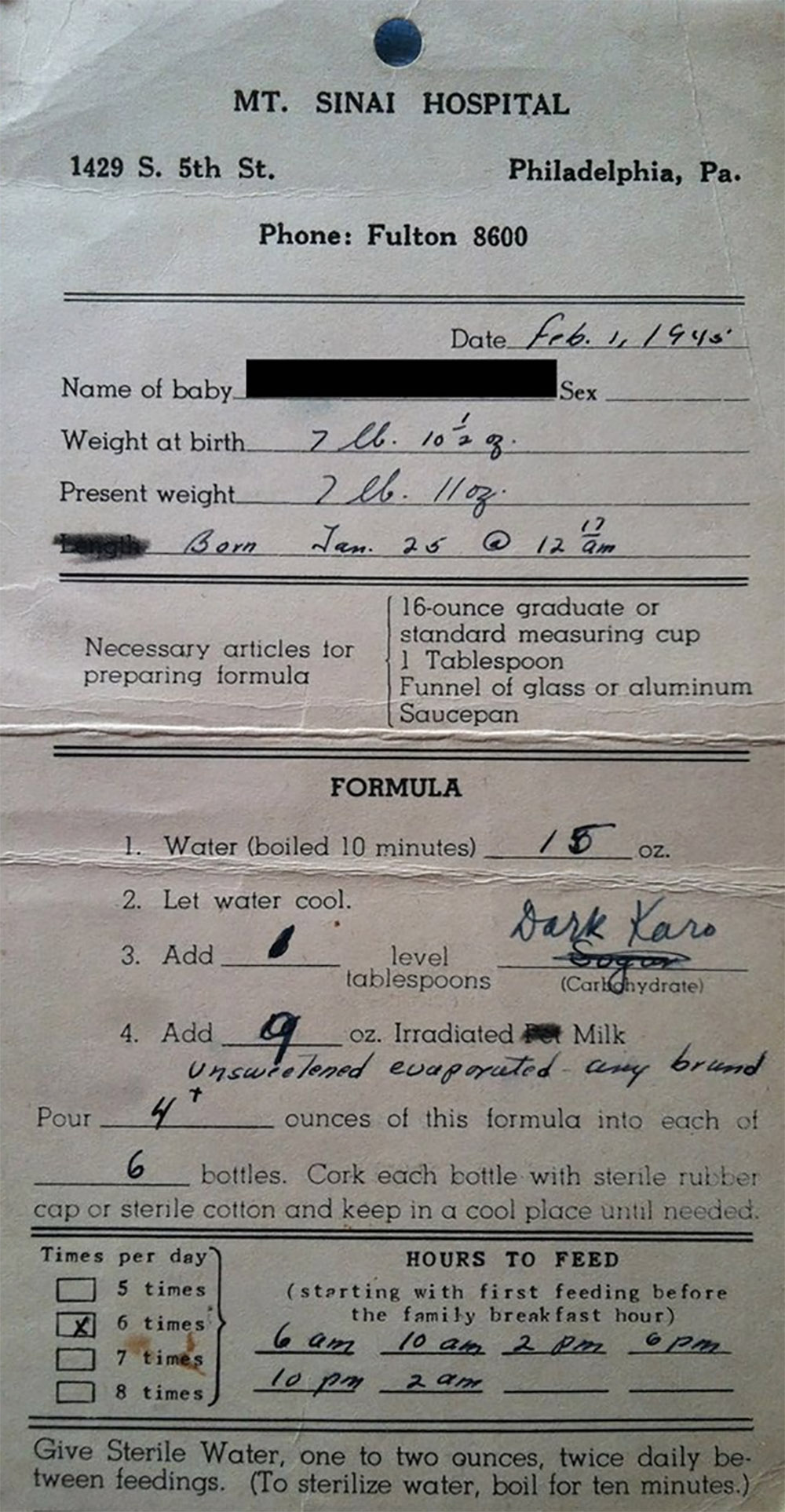 Today we know that most babies have a hard time digesting solids, sugars, and other substances until they are around 6 months old. Most modern parents wouldn’t even let their children taste tea until they were well into childhood. However, in the old times it was common place to give baby food made with meat to children only a month old and to offer young babies salty, condensed soups. The thinking back then was quite different than it is today. 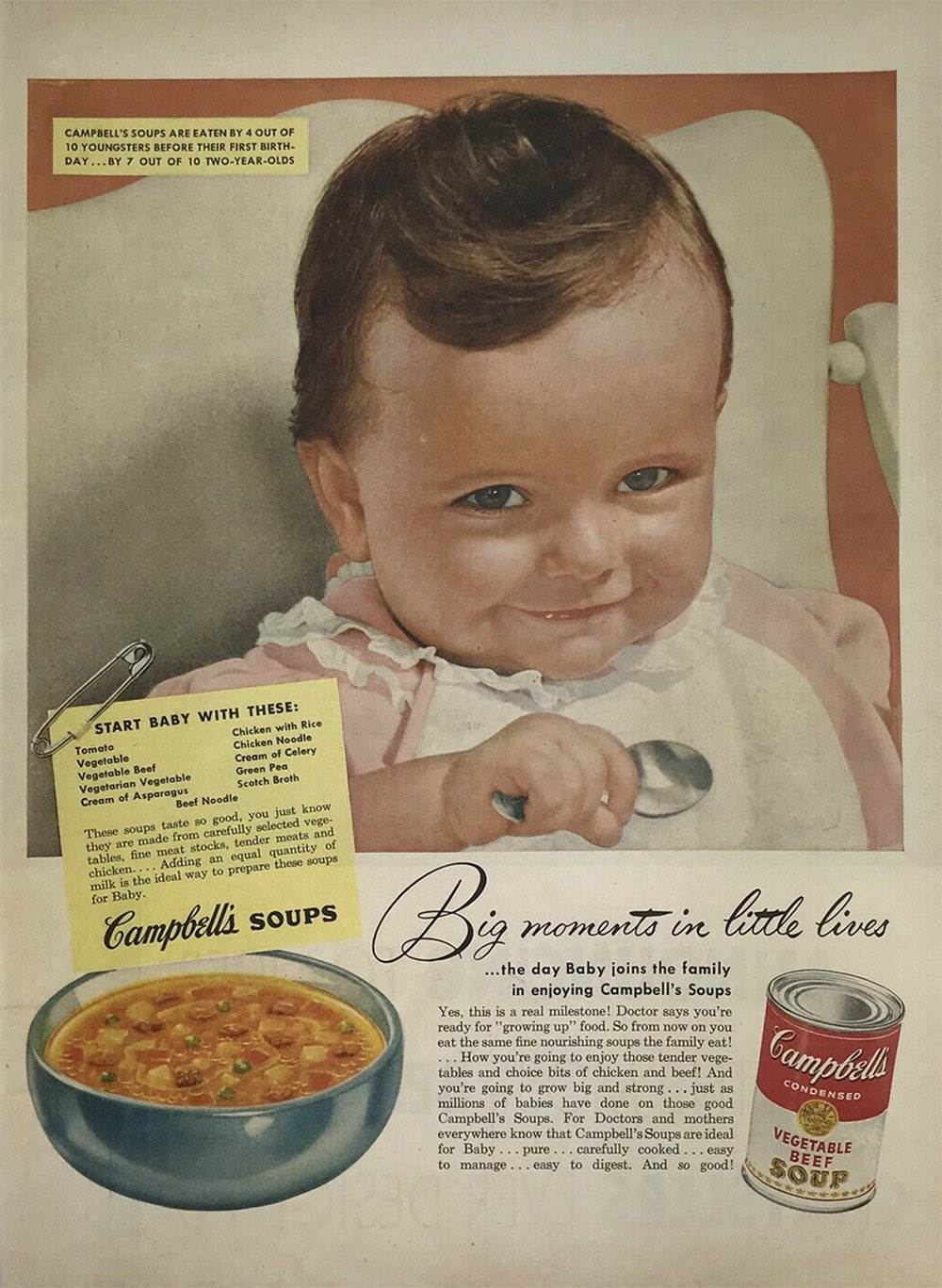