Oak Ridge was one of many government installations that contributed to the Manhattan Project. At the Tennessee town of Oak Ridge, information on what happened in the Department of Energy’s military facilities as well as in the wider community, was photographed by the only photographer given access: Ed Westcott. Along with photos of complicated machines used to create the atom bomb, Westcott also captured scenes of life at local schools, fairs, and other events. In 1947, he snapped photos of an elementary school doll show and the results are a real slice of life from the era. You might even recognize some of the vintage baby dolls! 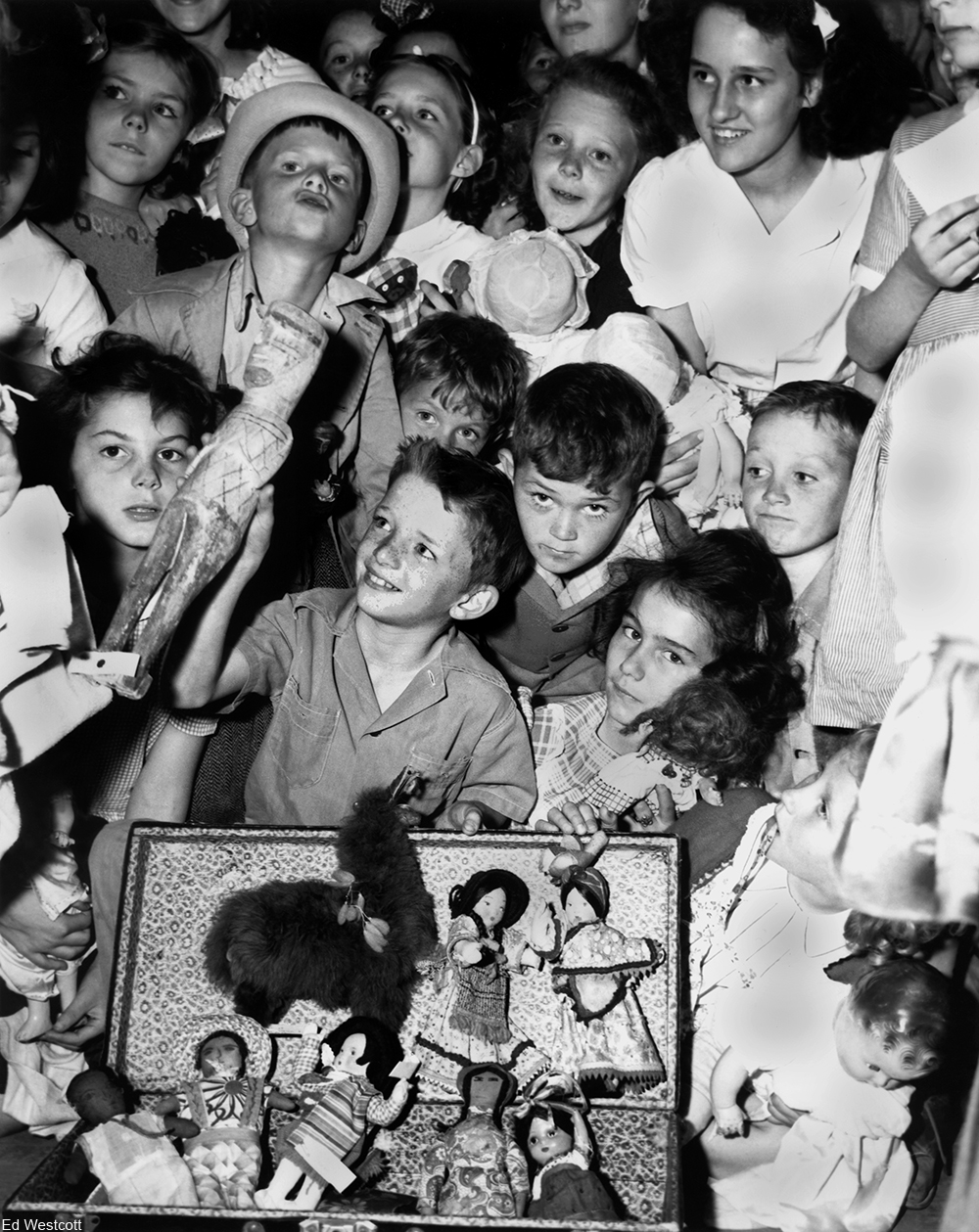 Oak Ridge was developed specifically so that we could win World War II, but the suburban area also became home to thousands of people, many of whom had families. Considered part of the Knoxville Metropolitan Area, Oak Ridge was kept quite secret at the time. It’s been referred to after the fact as the Secret City, Atomic City, and the City Behind the Fence.

Elm Grove Elementary School was the location for the 1947 doll show and the children -both boys and girls- seem wildly excited to be participating in such an event. Following the end of World War II, good jobs and increased commerce meant that families could once again afford little luxuries, such as the latest toys for the kids- with none of the wartime restrictions on manufacturing. 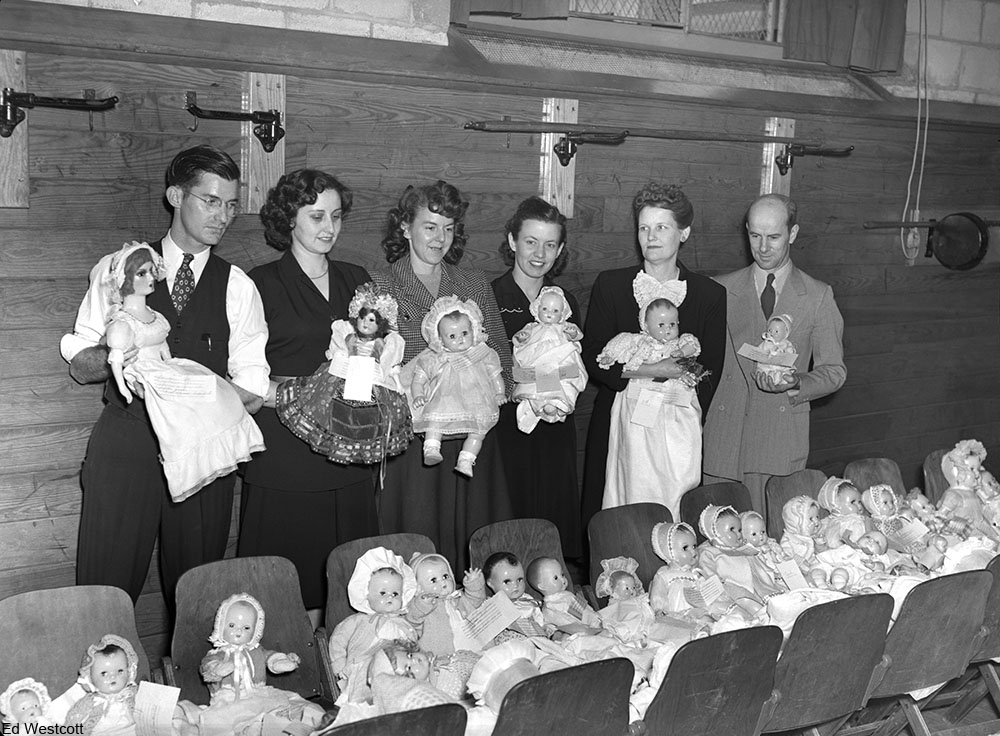 This must be the composite doll part of the doll show. The one in the middle looks like perhaps an Aranbee doll. Via/ Flickr

This particular doll show seems to have a mix of categories, including what appears to be a separate event just for antique dolls. Just imagine being allowed to carry one of those to school as a young child. It must have seemed a very sacred duty. And, just look how happy the winners are. 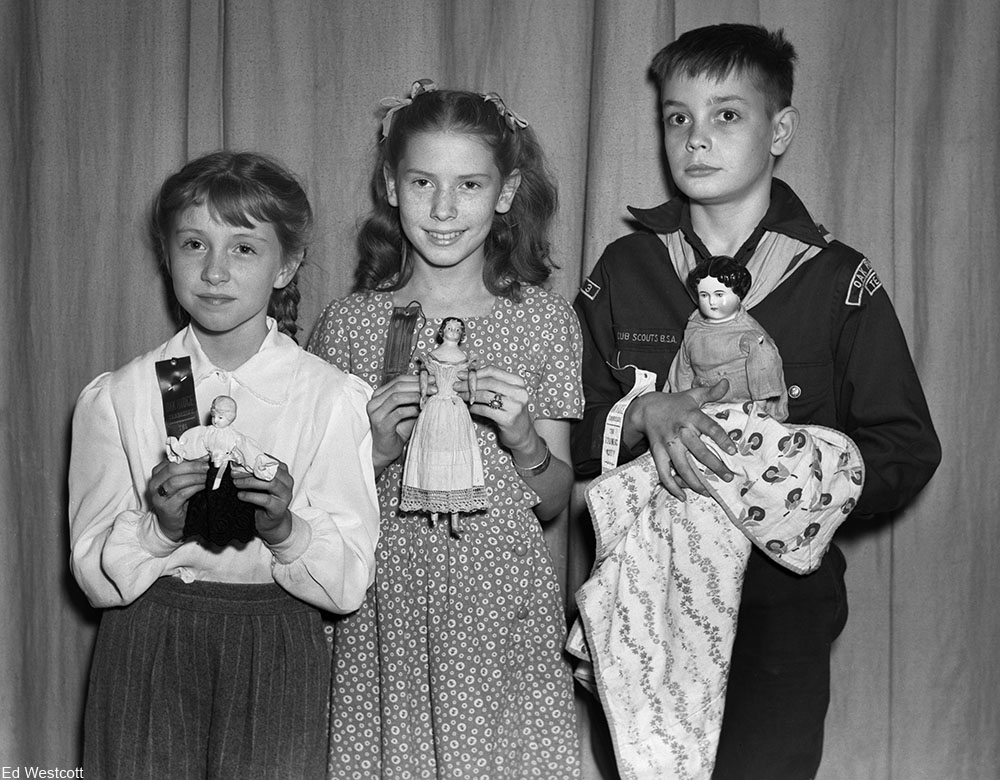 There are a lot of great photos of girls staring lovingly at their baby dolls. It was the toy du jour back then for little girls. For most girls their baby doll was their most prized possession. This was more than a decade before Barbie and most girls only had a few dollies at most back then. A few of the dolls in the photo below do look very familiar. 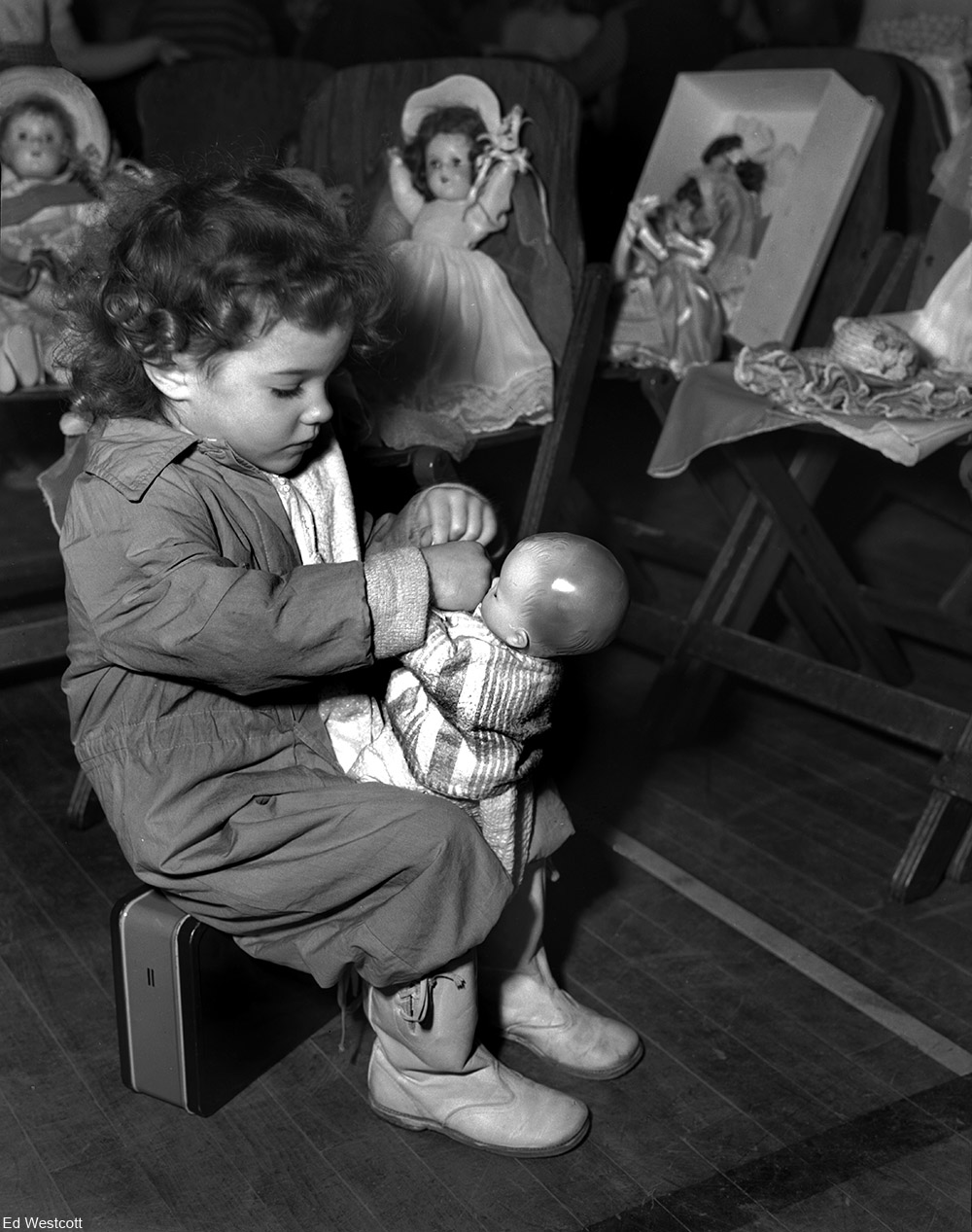 Look how this little one is sitting balanced on lunchbox. Via/ Flickr 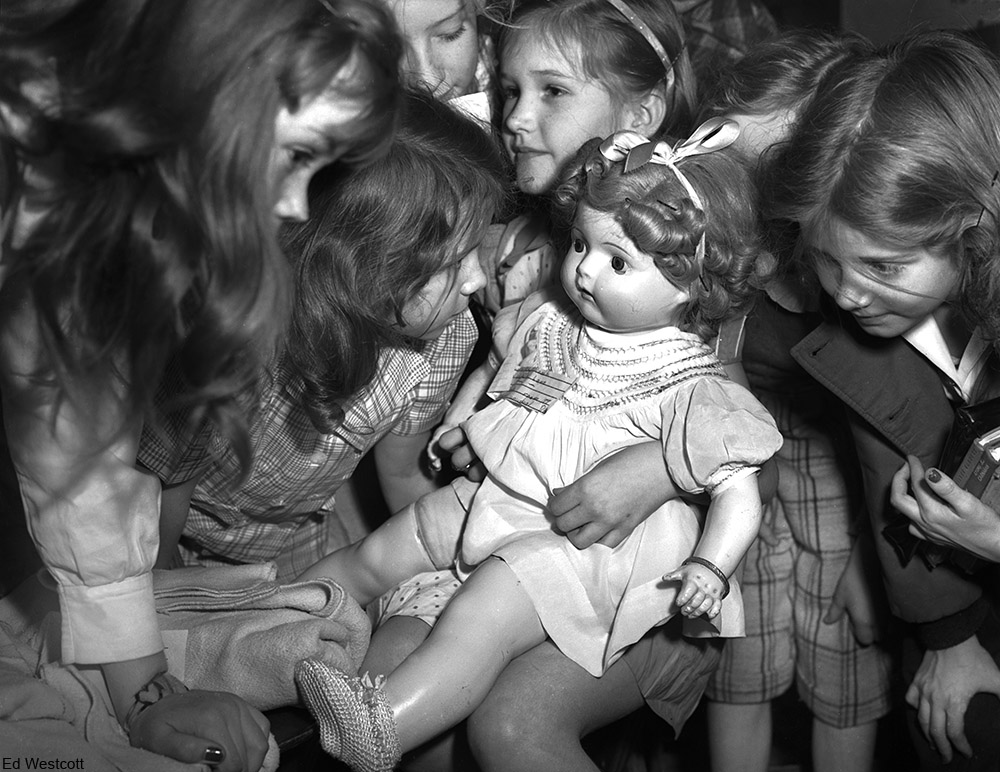 Notice how some of these girls are wearing nail polish! Via/ Flickr 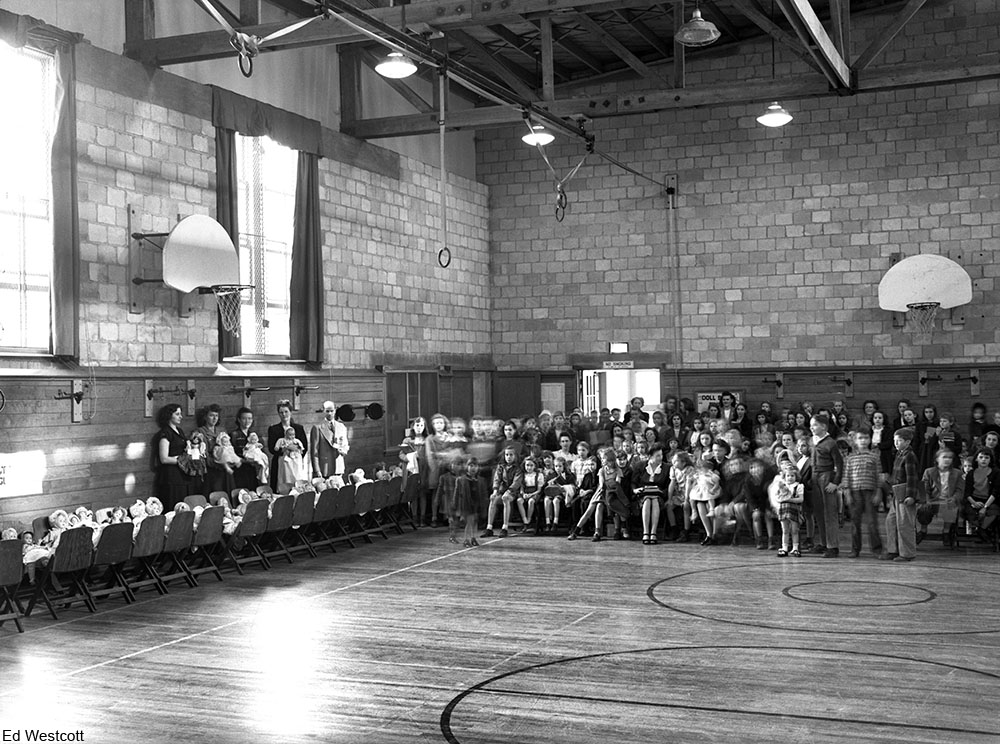 There were a lot of winners it seems. Judging by the photograph below, there were categories not only for antique and composite dolls, but also for international dolls, stuffed animals, china head dolls, and soft dolls as well. 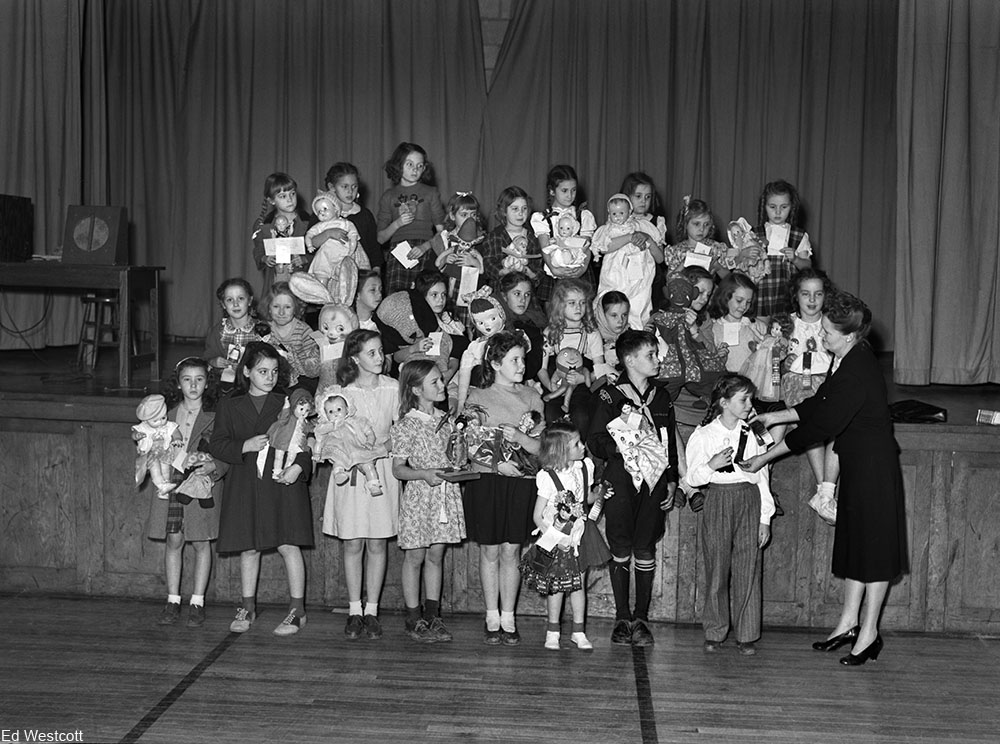 We love seeing all the lovely dresses, hairstyles, and even the old Boy Scout uniforms. And, there were so many winners! It must have been a big day, as evidenced by how this little one just got plumb tuckered out during the festivities and had to be held by an older child. 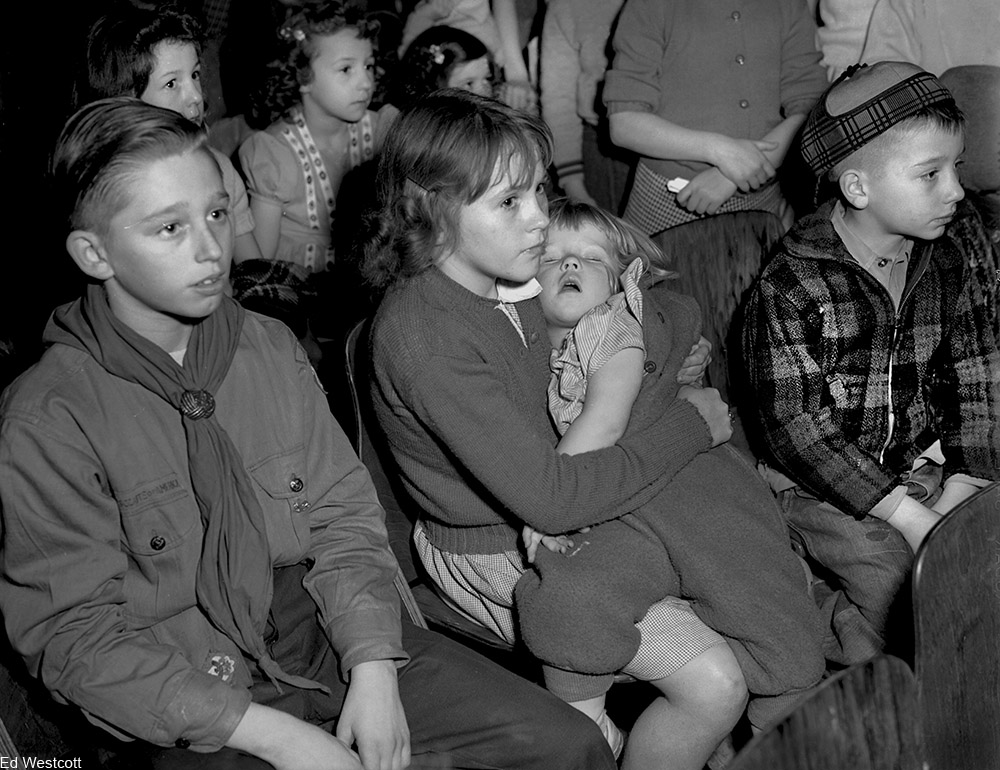 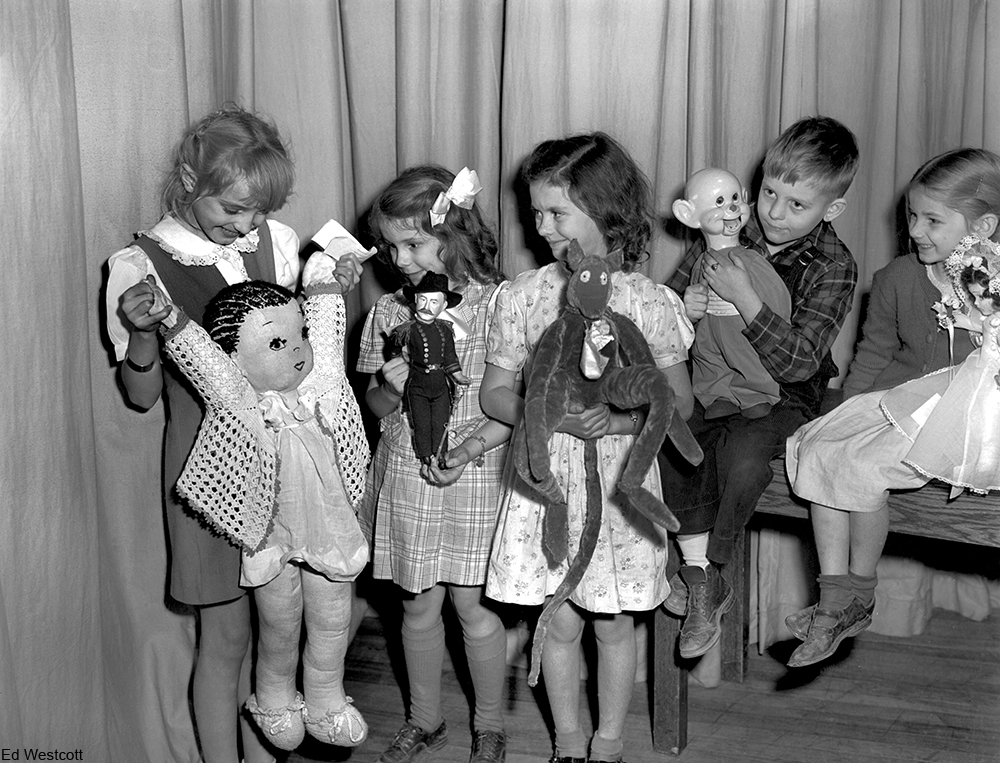 Doll shows aren’t that common anymore, but they were once a part of many festivals, school events, and church fairs. It was truly another time, filled with simple pleasures.

Did you recognize any of the baby dolls in this doll show?