Edna Register Boone was born in 1907 and lived her early life in Houston County, Alabama. As a girl of about 10-years-old when the Spanish Flu took over her small town, she had a unique perspective on how things changed for her community. According to Boone, her family was the only one in the area not hit with the disease and she attributes that to her mother’s daily routine for the kids of having them drink soda water each morning before breakfast to “neutralize” their systems. 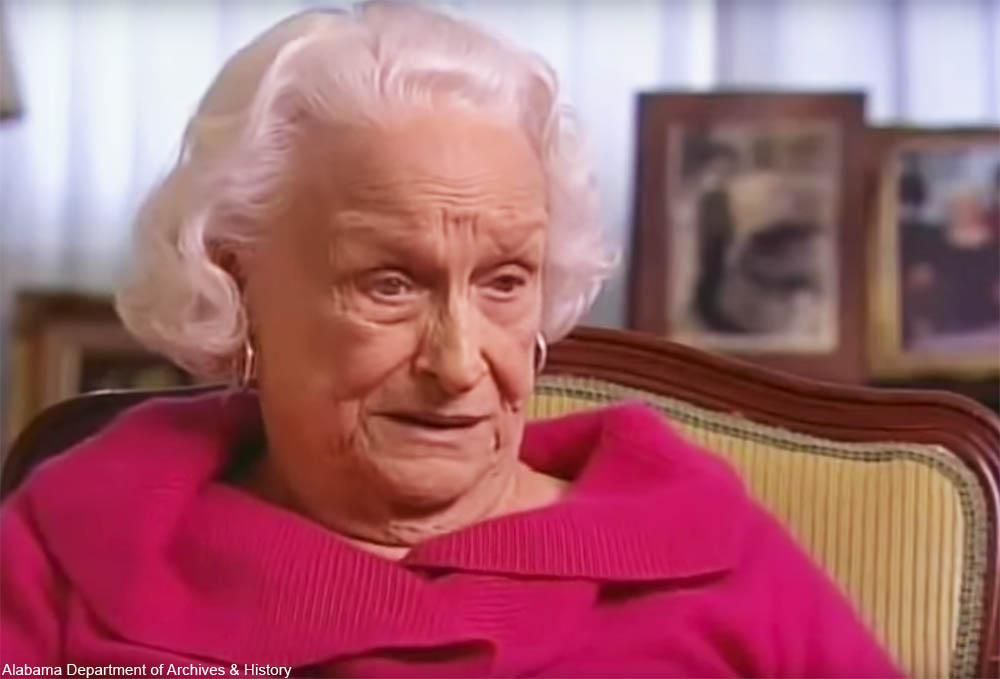 At the time of her interview in 2007, Boone was 100-years-old. However, the details of the gruesome events stuck with her vividly into her final years. As the only well family they had to nurse the community back to health as best they could. She recalled that her mother kept a constant rotation of “fruit jars” sterilizing on the old-fashioned range. These jars would then be filled with soup or other dinners and taken by the child as her special job, her face wrapped in gauze, and left on the doorsteps of infected families. 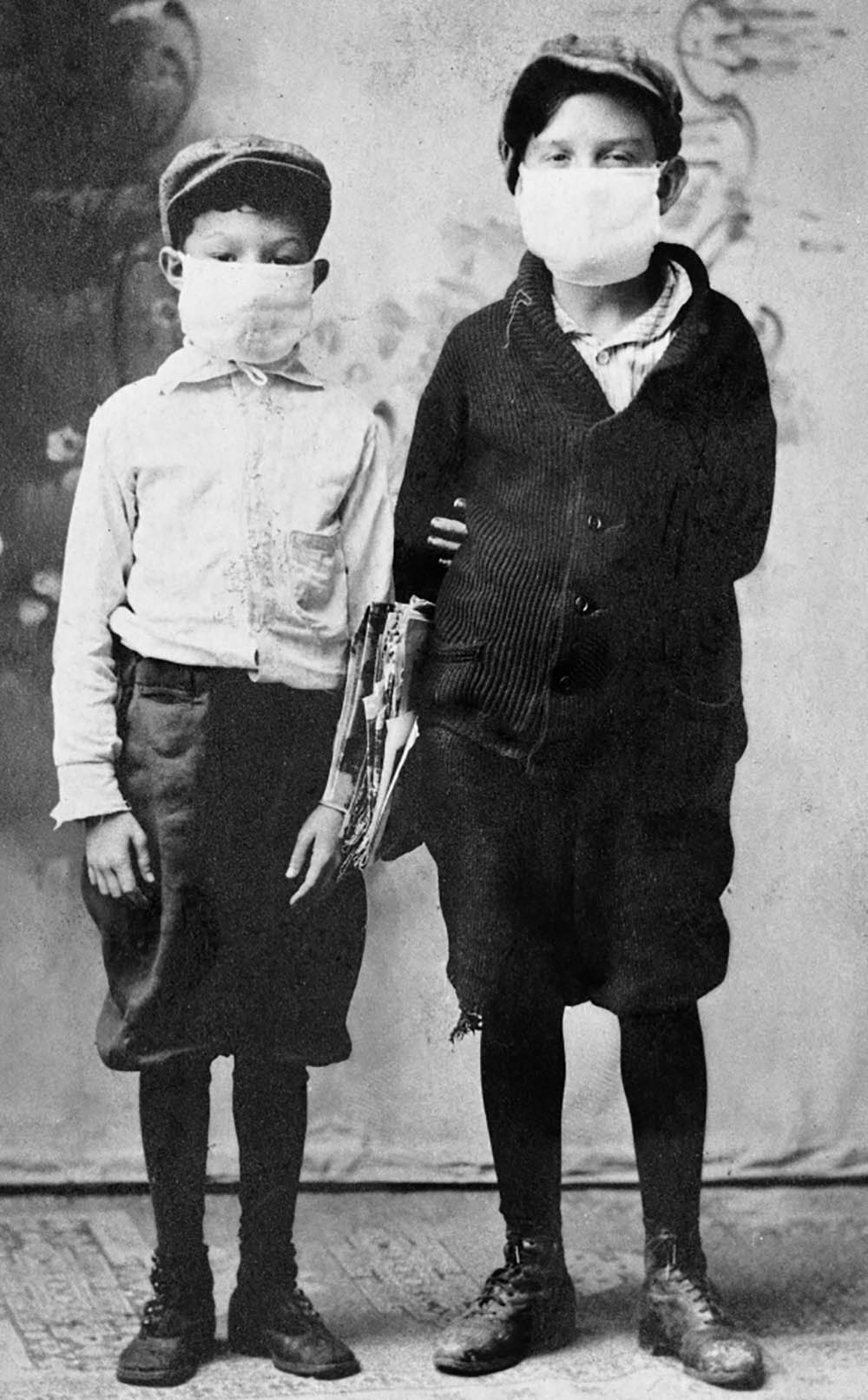 Two young boys wearing masks to go to school during the 1918 Spanish Flu epidemic. Via/ State Archives of Florida

Boone’s brothers were to always keep wood chopped for the stove so that food could be cooked and jars sterilized. Her father planted an extra patch of sweet potatoes, which she suspects fed half the town because most people were not well enough to farm, shop, or even cook for themselves.

Boone also describes how difficult medical care and burials were in such a situation. Heart wrenching details include communal graves and complete lack of church burials due lack of personnel to deal with the situation. She also describes how the deceased victims were wrapped up in the bedsheets they died in because there was no one to sterilize the linens. The infected sheets served as the burial shrouds for the dead.

It is estimated that in the U.S. the Spanish Flu infected around 25% of the population, killing more than 650,000. 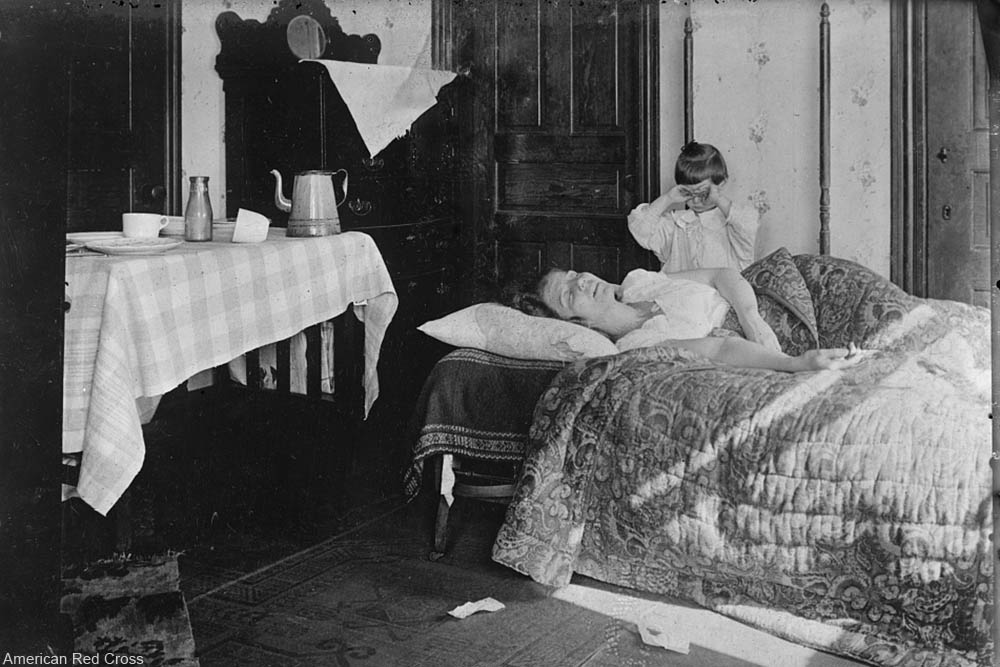 Mother struck down from Spanish Flu in 1918. Via/ Library of Congress

However, many of those who died not do succumb to only the influenza virus. Instead, many victims were killed by bacterial pneumonia infections, according to research on preserved lung tissue samples from men who died from the virus in 1918. The damage done by the virus laid the path for bacteria to follow.

Boone describes how the world was topsy turvy at the time because the First World War, the attack of the boll weevil on crops in the South, and the devastating 1918 Spanish Flu (which Boone mistakenly calls the Asian Flu) that all occurred at the same time. 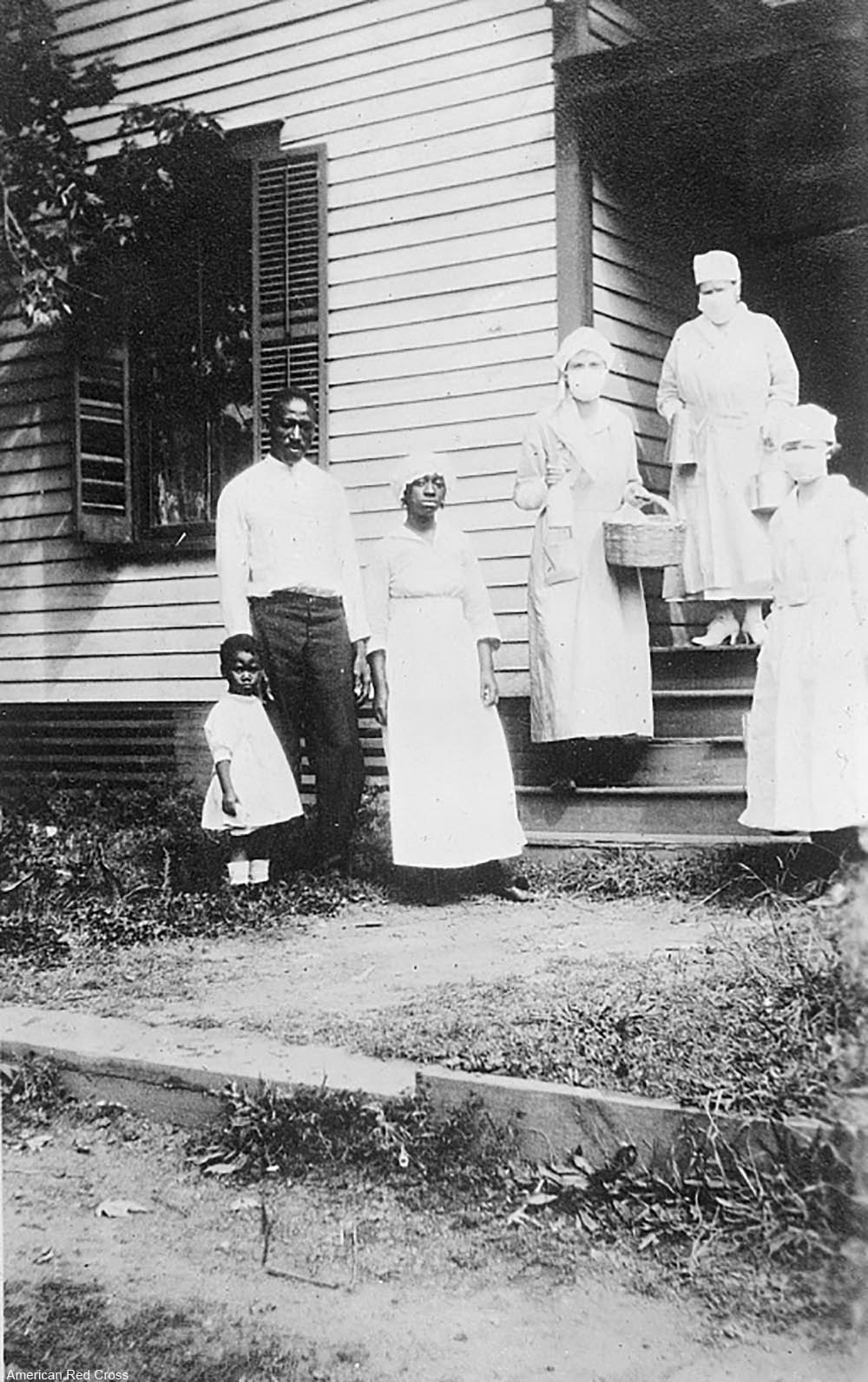 American Red Cross workers bringing food to a family that had just suffered a Spanish flu death. Via/ Library of Congress

Find out more about Boone’s recollections on what life was like during the 1918 Spanish Flu pandemic in the fascinating video below.