In Oklahoma City a series of school renovations in 2015 led to a shocking discovery. As workers took down the chalkboards in various classrooms, they encountered many surfaces until finally reaching a chalkboard layer from a century ago. What they found was a set of lessons from 1917 that were still intact, complete with decorative colored chalk drawings and calendars counting down to the holidays. The dates were preserved as part of calendars still on the blackboards, but also as a special note left from the workers. 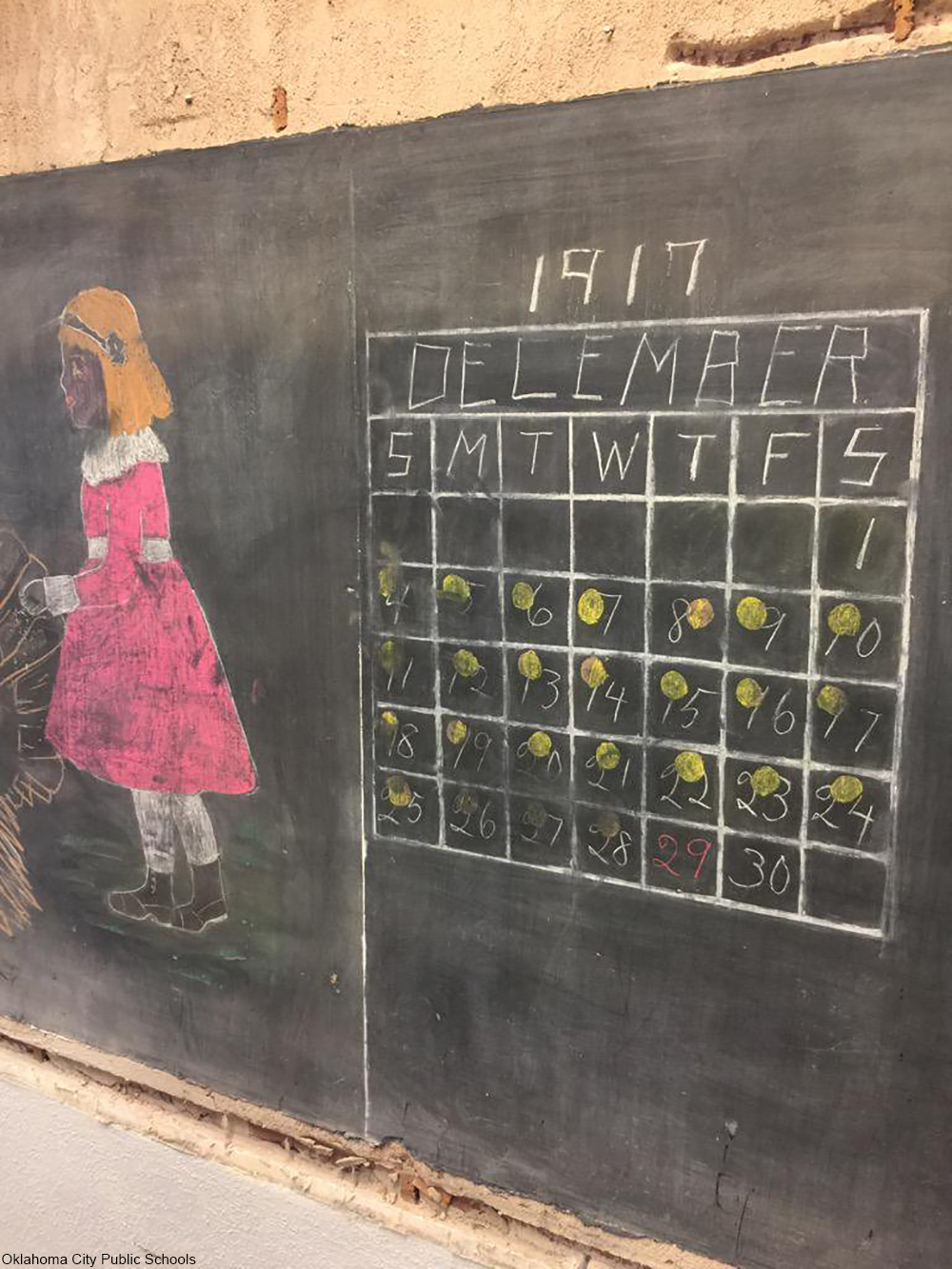 Emerson High School in Oklahoma City was getting some much-needed renovations in June of 2015, which included re-doing the walls and blackboards. The aim of the renovations was to install new whiteboards and smart boards – the latter of which function like giant screen tablets that can display images and accept writing with a stylus. The difference between the old fashioned blackboards and the high-tech smart boards couldn’t be more different! 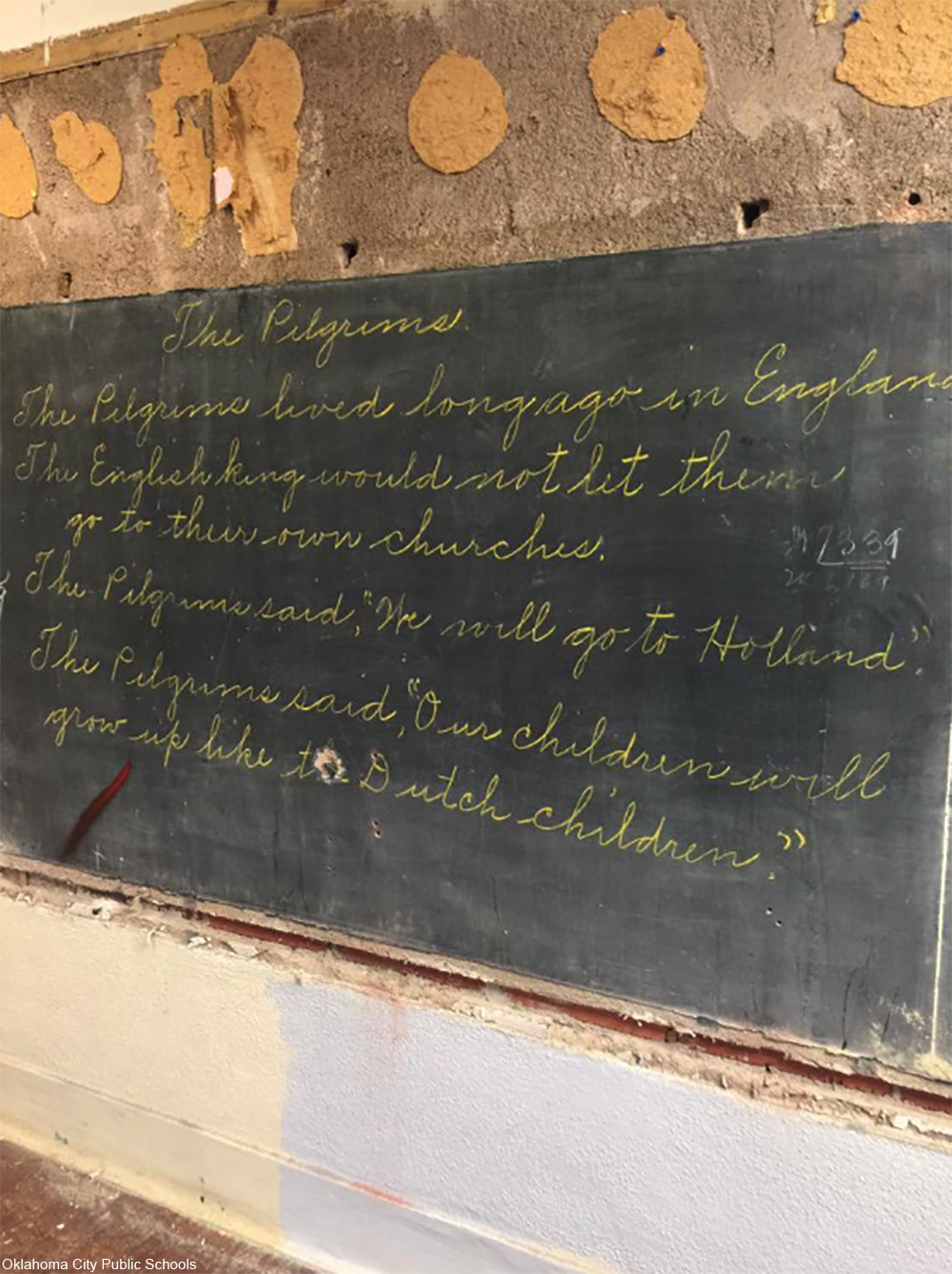 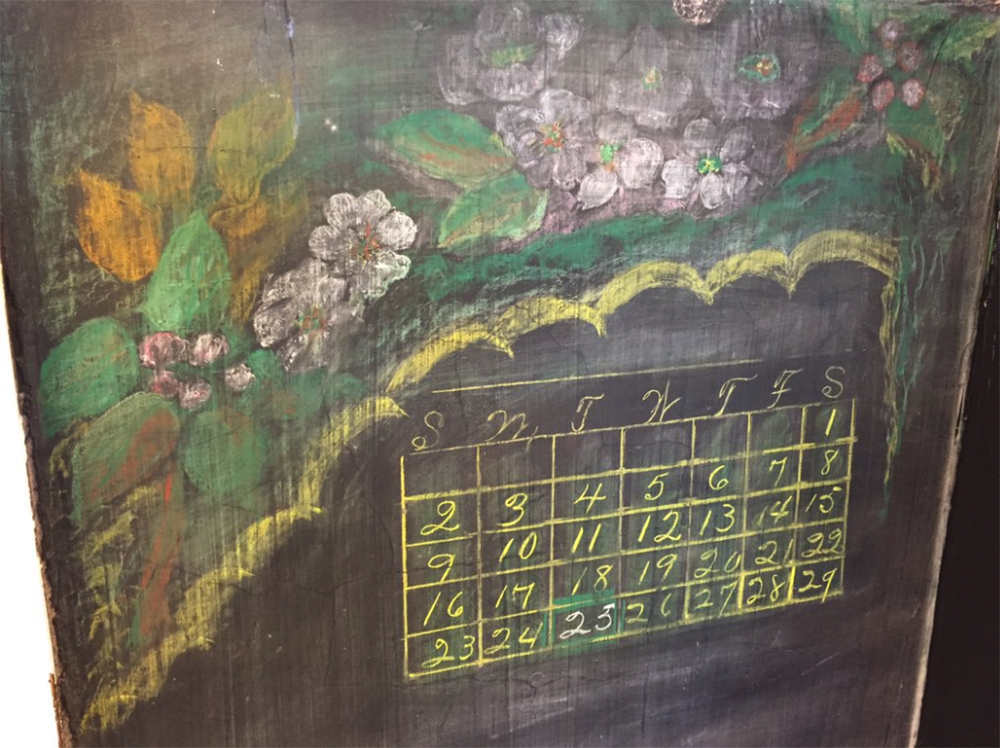 The building is one of a few along that stretch of Oklahoma City that survived both the demolitions of the 1960s and the 1995 bombing of the Murrah Building.

Fortunately for us, rather than simply destroy or erase the chalkboards, the workers during the renovations removed them layer by layer to reveal the antique lessons and drawings. The school was built in 1895 and the workmen who installed new chalkboards in 1917 also left a note in chalk as a sort of time capsule.

The note is in yellow chalk and seems to read “Installed by W.J. Gero + Co R.J. Scott Janitor 11/30/17” followed by the words “Slate Black Board” underneath. Other dates on the boards are from November and December of 1917, suggesting that some of the classrooms could have been updated while the students were on their holiday breaks. 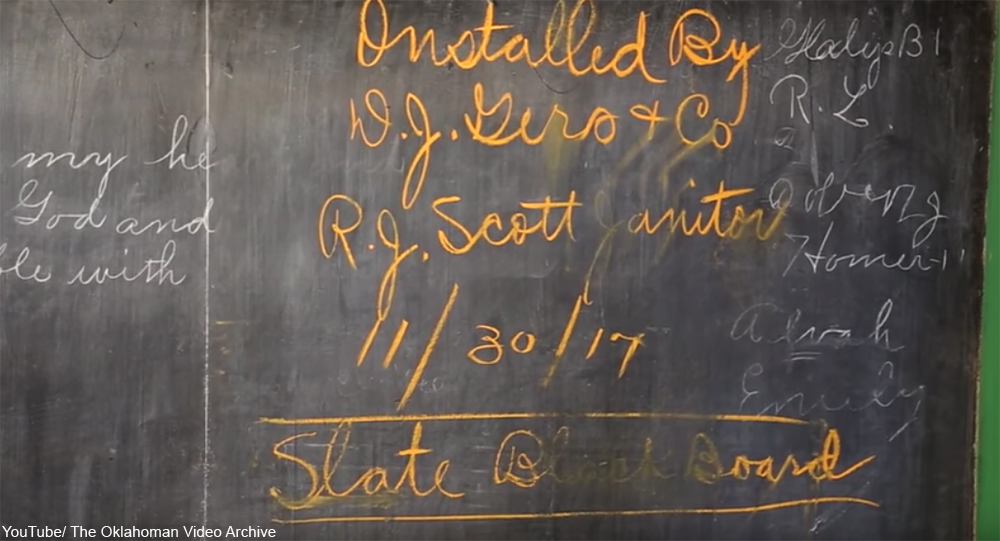 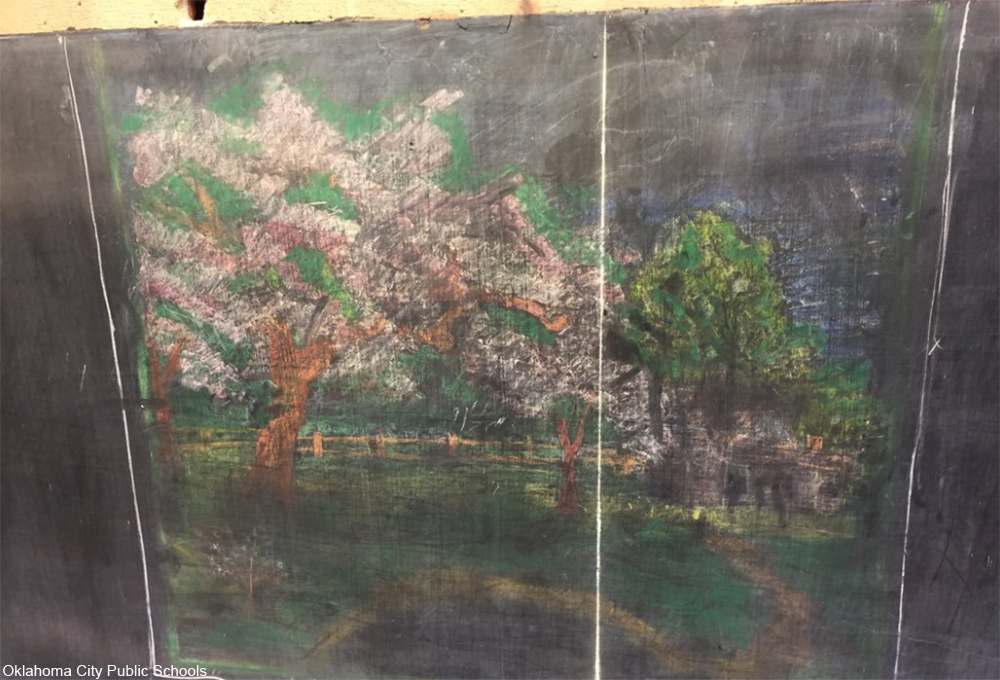 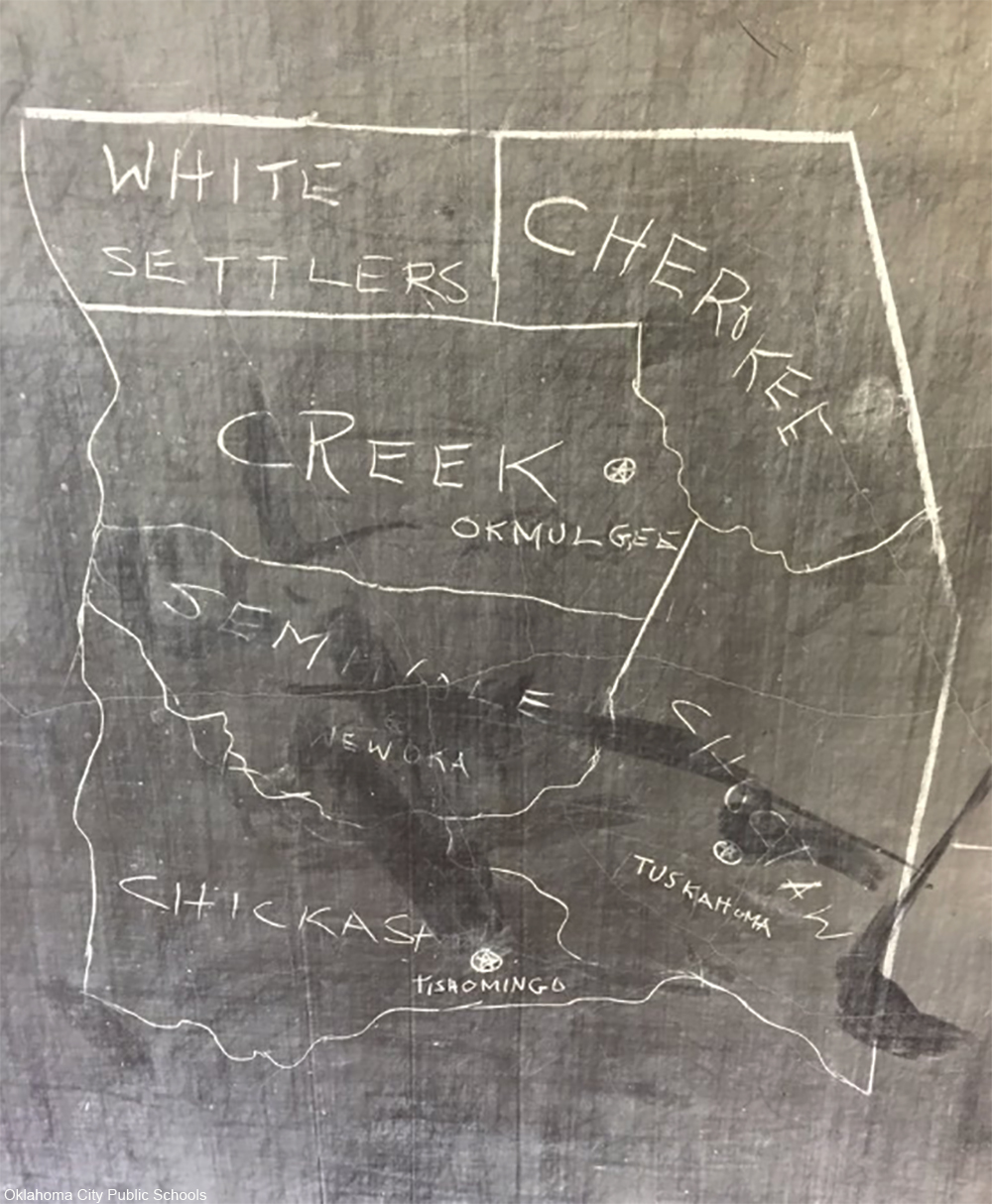 The colorful drawings of pilgrims and children at play were partially covered by the heavy duty glue which helped to adhere the next layer of chalkboard. However, the lessons and drawings are surprisingly intact, almost as if the workers in 1917 had tried to leave them relatively undisturbed. The teachers of these classes clearly cared a lot about their students and had a great flair for art!

In a more sobering section of the chalk board, students had to write their names beside their completed math problems. Names like Agnes, Homer, and Mabel were pretty common back then and appear among the many names on the board. 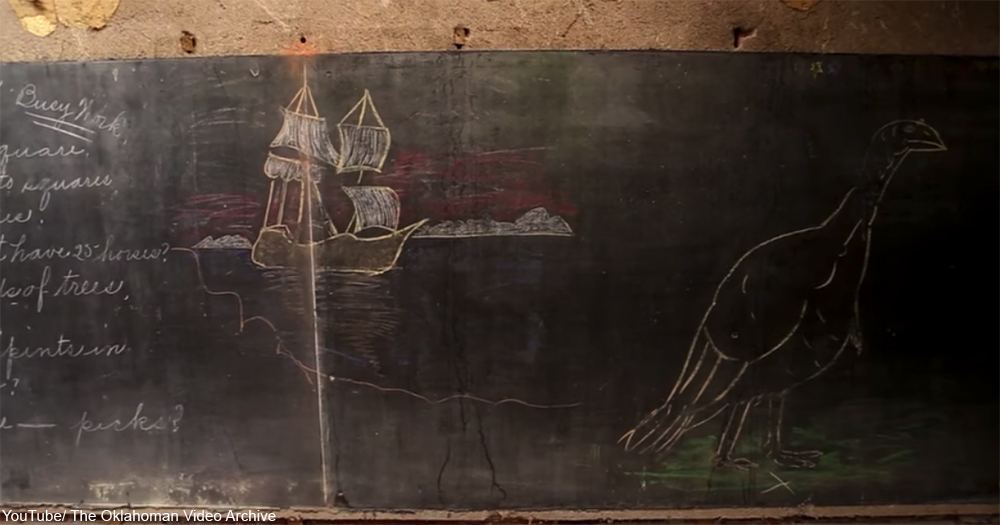 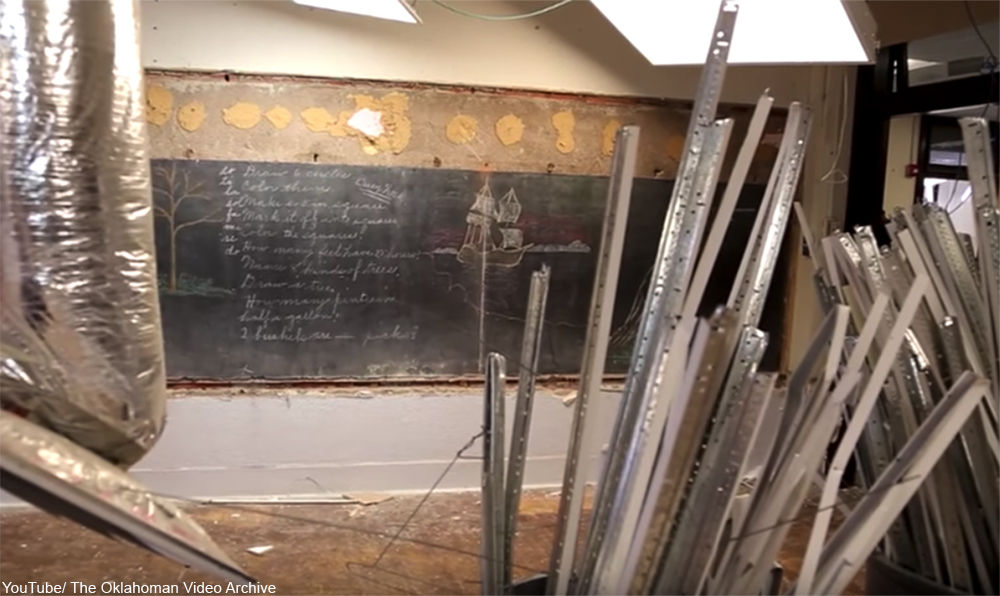 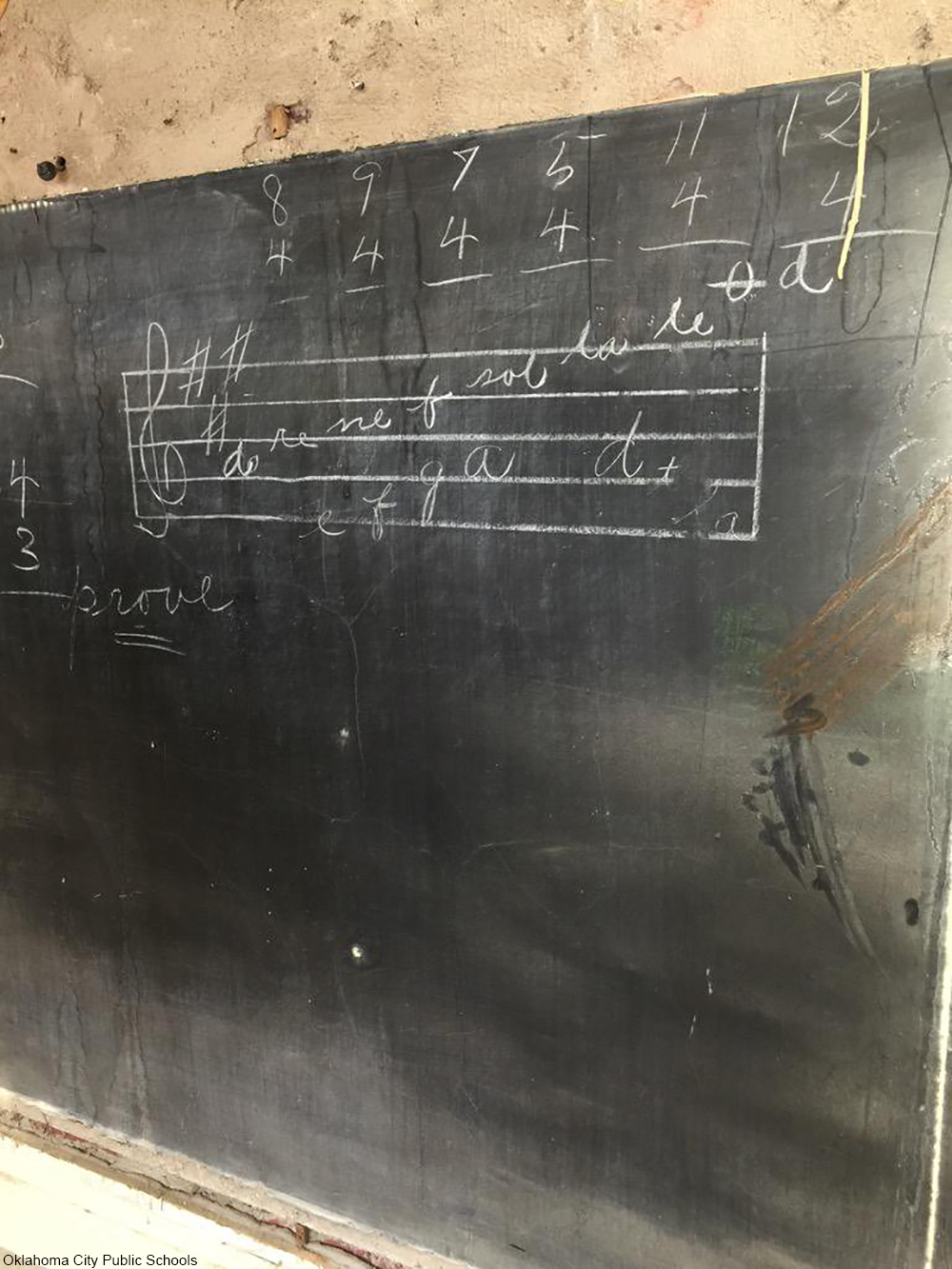 Lessons on music, multiplication (done in a unique round wheel figure!), and the first American settlers were also found on the blackboards. Another lesson shows us just how different the Pledge of Allegiance used to be: “I give my head, my heart, and my life to my God and One nation indivisible with justice for all.”

The school’s principle at the time, Sherry Kishore, said in an interview that one of the things that amazed her was the cursive penmanship, which is a skill that is dying out among young students. Kishore also showed the chalkboards to her 85-year-old mother on her iPad, and the elder immediately burst into tears at the familiar sight of these lessons.

For anyone who grew up with exercises like these, done in chalk the old fashioned way, these chalkboards certainly do bring back quite a few memories. It is unusual to find chalkboards like these, so Kishore has speculated that they were left there on purpose instead of being wiped clean at the end of the school day. 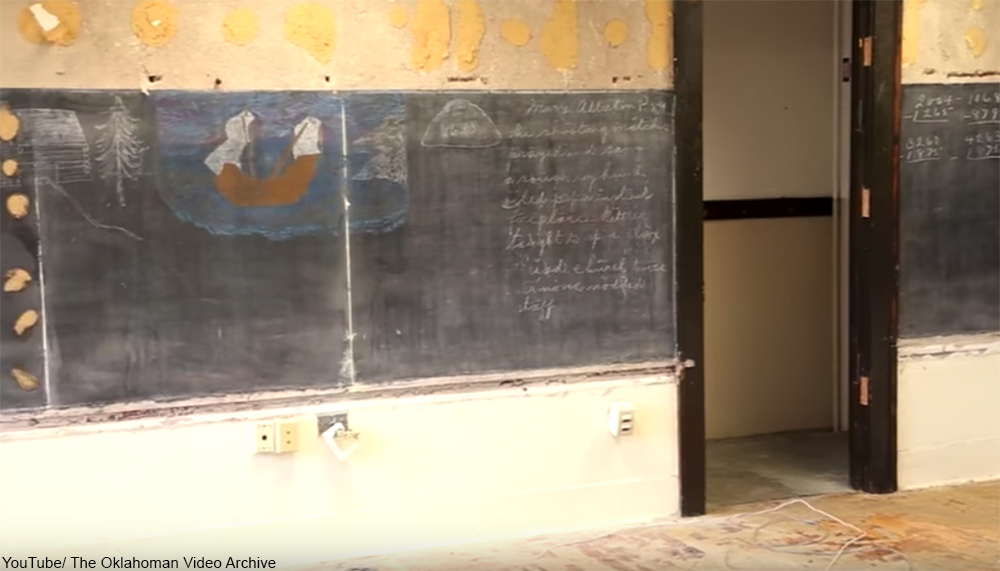 The chalkboards became something of a relic for the school corporation, who made it their aim to preserve these historic chalkboards. Get another view of these incredible time capsule lessons and drawings in the video below.